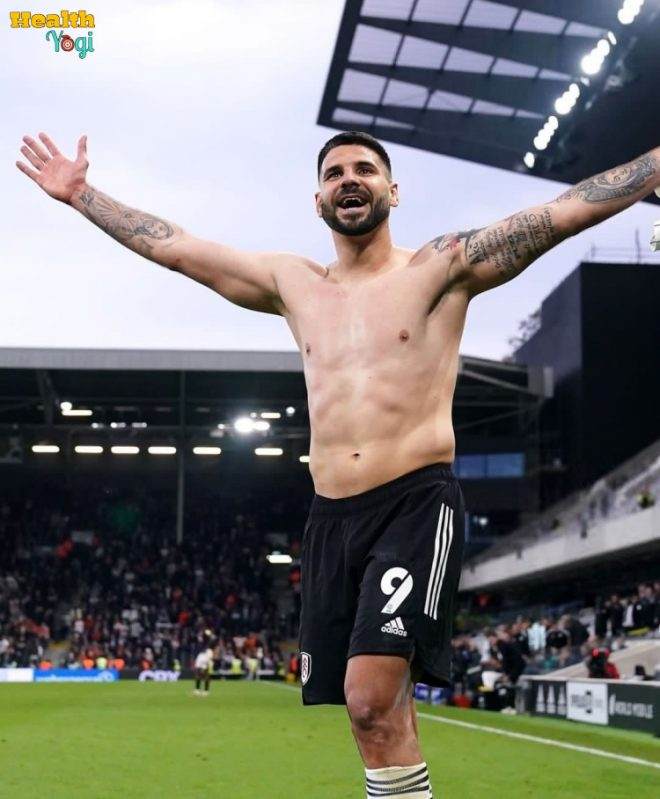 Aleksandar Mitrovic Workout Routine and Diet Plan: Dailymail reported Serbian Football Player Aleksandar Mitrovic’s race against time following a ligament injury during Fulham’s clash against New Castle. The football player occupies the striker position in Fulham club and has been the object of attention in football sessions for quite a few years now.

talksport.com reported that the player reached his 50 international goals faster than icons Lionel Messi and Cristiano Ronaldo. No wonder the player calls his matches no less than a war for him, where he completely subdues his own limitations and puts forth his best game.

Here’s an overview of his fitness routines and other specific regimes that helps in constantly upping his game. 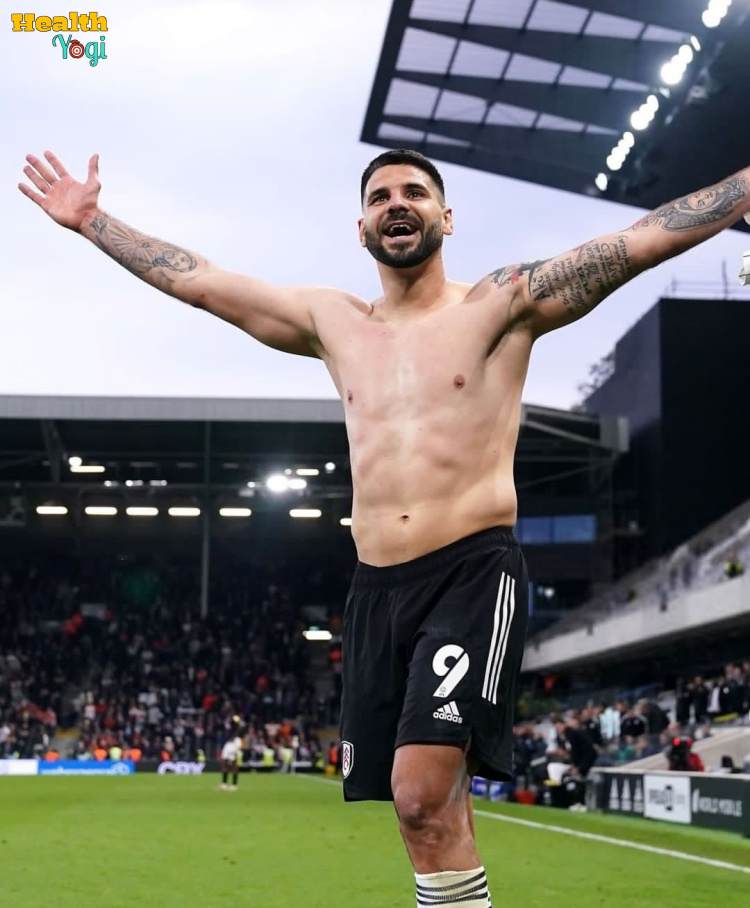 First, let’s have a look at Aleksandar Mitrovic’s Body Stats-

The 28 year old Fulham player considers his body his weapon and aims at striking harder than what his opponents expect. He revealed his mindset is to have well-defined routines and give his cent percent to those routines. His absolute, honest adherence to his routines gives him a clear head during the games.

He says he aims to be the hardest working player and not cheat himself during preparation phases. 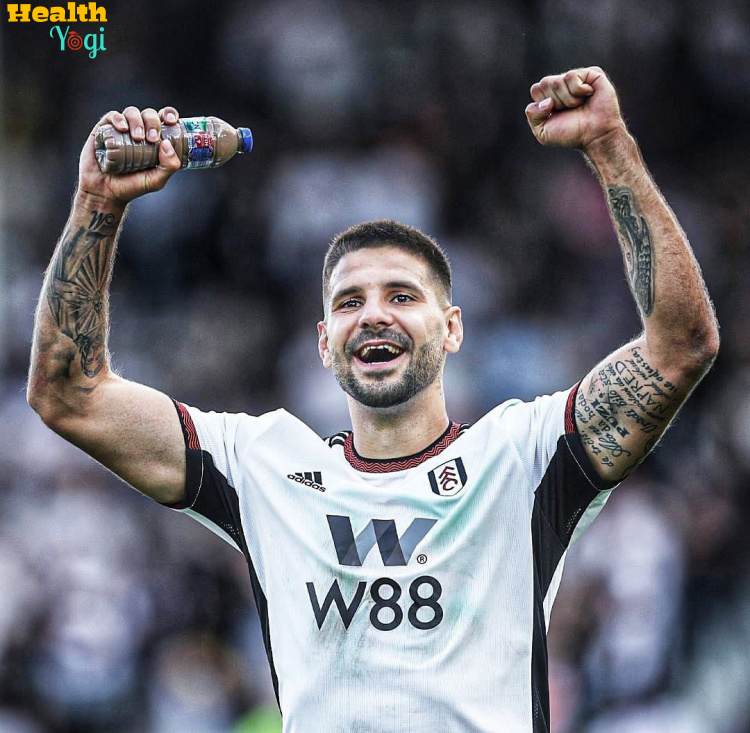 The player starts his day by waking up early and then hitting the gym where he has his breakfast too and then returns to his family.

The player follows this routine even on off days and trains the hardest. In fact in an Interview with daily mail, the player revealed that he loves the gym and though he is not tactically skillful or fast like a bunch of other players, he uses his own strengths tactically.

Mitrovic played a lot of karate from his very early days in Serbia and has been a prolific player until his late teenage years when he joined wholeheartedly the football arena and played under 18s.  Karate and other combative sports have been pretty much a  part of the early life of the player. Karate is especially effective in self-defense and builds mental pillars like composure, deep thinking capacities, and clearer thought processes that ultimately keep better mental health.

Kickboxing also found space in this Serbian Footballer’s life early on. This too has been a part of early teen life. And it was only later that he got interested in teams and goals.  Kickboxing strengthens and tones almost all big muscle groups of your body at once. Livetoburn.com says that Kickboxing works on your legs, glutes, arms, back and core all at once. This gives you fat loss and muscle gain.

Running is of course a large part of every Footballer’s career both during and after the main game. This means, they constantly work on their speed. Though Mitrovic says that he is not that fast, a look at his recent performances says otherwise. Running is almost 80% of the game and the other part is a skill. Mitrovic works both diligently and regularly hits the gym on treadmills or on the ground.

Getty Images shared a photo of Mitrovic stretching using a medicine ball. Other players too can be seen working their way toward coordination, balance, and agility through medicine balls.

Stretching is especially important for these professional players that are prone to injuries that can prove dangerous for their careers. So stretching has a good injury prevention benefit that enables better blood flow to muscles and ensures better overall performance.

Besides these the player works on his overall fitness level by regularly hitting the gym, lifting weights,  sprinting, and shredding those extra fat percentages.

This is all about Aleksandar Mitrovic Workout Routine.

Though there is not much known about his specific diet plan. We tried to work out and bring two and two together to chart out a plan.  The player does not seem to be fanatic about his diet and doesn’t shy away from celebrating huge milestones with pizzas and beer. Here’s a look at his love for Pizza. 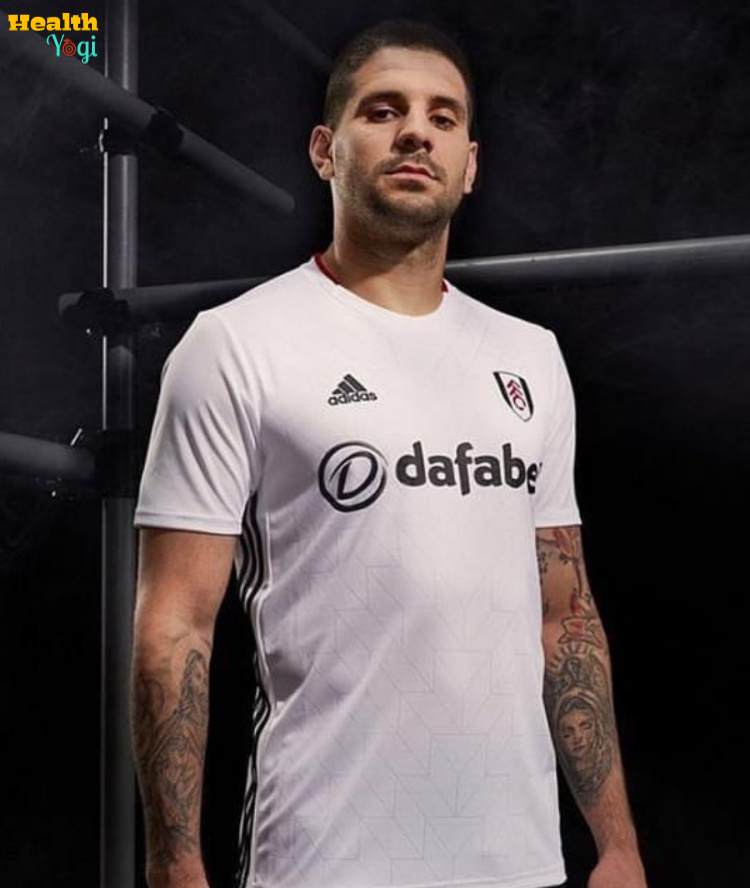 It seems that the player easily puts on weight and loves eating since his very early days in the football stage.

No, he is not Vegan.

In fact, Garth Crooks asked the player to lose a stone of weight to become a more valuable asset for his team and Mitrovic being a team player tried to do his bit in getting fitter.

So he shifted to natural shakes, added more fish to his diet for protein, and stopped eating late. Thus the player aimed at improving his metabolism overall, by shedding fat and gaining muscle mass. The Guardian reported very early on, when Mitrovic was 20, that he is a wild player with great passion both in and out of the field.

And thus his game on the field is terrific and aggressive and he is an equally passionate man about the pleasures of life like food and family. But lately, he has been consistent and disciplined about his overall fitness and nutrition.

That’s all for the Aleksandar Mitrovic Diet Plan.