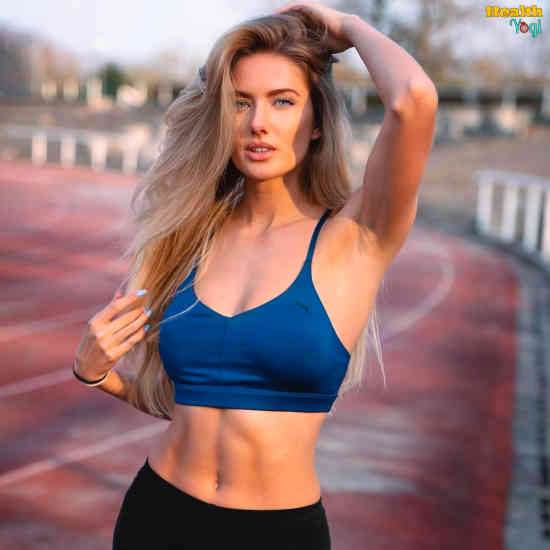 “The Sexiest Athlete” Alica Schmidt Diet Plan and Workout Routine: Alica Schmidt is a professional world-level track runner athlete representing the Germany team. You may have seen her in 4*400 meters relay events in the 2017 and 2019 European Athletics U20&23 championship.

Alica is an athlete who is a world-class runner and named and titled the sexiest athlete. It won’t be wrong for the world to say that as Alica looks like a model and runs like one of the best runners. That’s the reason she has gained so much more fame, but that’s also because her workout is damn hard and good. You can imagine Alica working out every day with different things, so what are the activities that Alica is involved in her daily routine?

Alica is a track runner, so her workout indeed revolves around the exercises regarding running. So for many hours in the morning, Alica hits up the stadium and goes on the track. She will start with warm-ups, some resistance training, some stretching before running, and then start with different sets of sprints, distance runs, etc.

There is also agility training involved in the workout like agility ladder, hurdles, court running, and different bodyweight training. After that, Alica finishes her routine with stretching and then heads up to the gym for her last workout. The weight training routine or more like functional training where she focuses on core and legs muscles more than anything.

As for a runner, these are the most critical areas. To work on while running, I even saw a video that Alicia shared on her YouTube channel six months ago, where she showed all these exercises that I mentioned earlier. In the gym workout, Alica does many snatches, squats, leg raises, lunges, weight lunges, leg press, box jumps, one-leg weighted box jumps, deadlifts, stiff-leg deadlifts, etc.

She also trains full-body workouts like sled drag, battle ropes, etc. However, mostly it’s the leg muscles and a core routine. I saw many of these exercises on her story highlights which you can check by clicking right here. Now I don’t know how many days Alica is training, but I’m guessing five days when she’s off camp and six days on training camp.

So we will be training five days a week to get a body like Alica and workout two times a day. The workout will consist of training 3-4 hours a day at max, and you can surely benefit from this routine. But, again, this workout is something that I put together and not the official Alica workout routine. 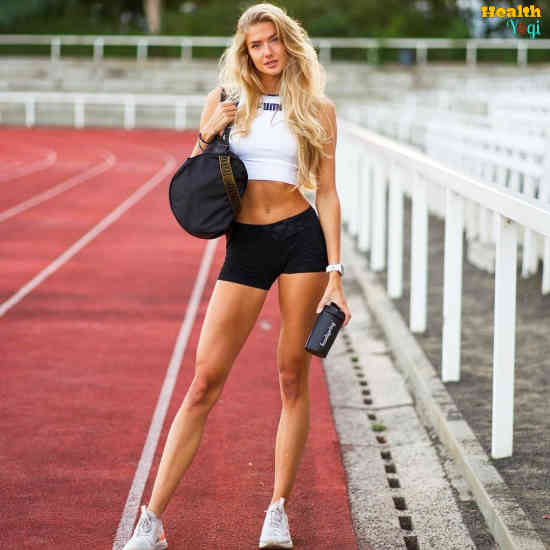 In the weight training, I will mention the exercises she has shown on multiple posts and what I think Alica would do. Alica doesn’t train much of her upper body when it comes to weight training; for that, she does some pull-ups, push-ups, and sometimes chest flyes or press. Now let’s see the routine:

In the core workout I saw, this story highlights Alica showing a lot of abs workouts. She is doing circuit routines with exercises like cross crunches, leg raises, in and out, scissor kicks, leg lifts, heel touch, toe-touch crunches, mountain climbers, plank walks, etc. So you can follow those exercises that she has shown and get a good workout routine.

That’s all for the Alica Schmidt workout routine.

The diet plan is out there; she may have given an interview in German, but I couldn’t find any routine. However, I do know that she does drink energy drinks and also protein shakes.

I have seen her posting eating spaghetti and many other foods, which you can check in this story highlights. Alica eats clean primarily and stays on a very lovely diet. Sadly, I can’t figure it out, so I will be giving you a diet that I think would help you get a body like Alica. 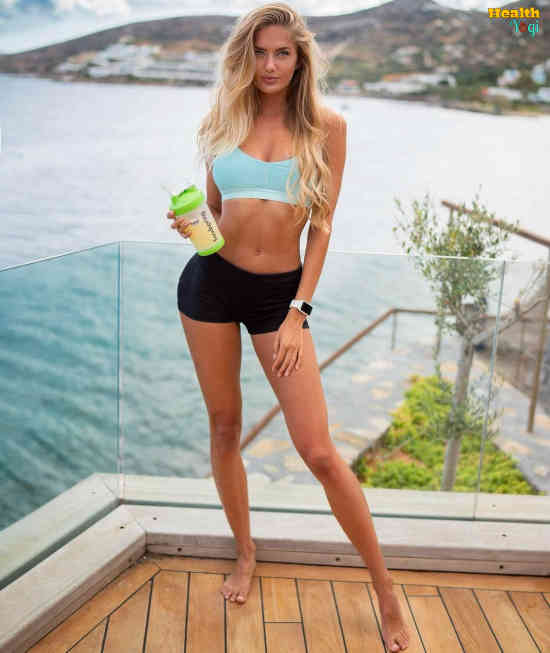 Is Alica a vegan?

No, As in a few interviews and even on her Instagram post, Alica has mentioned that she enjoys sushi.

That’s all for the Alica Schmidt diet plan.