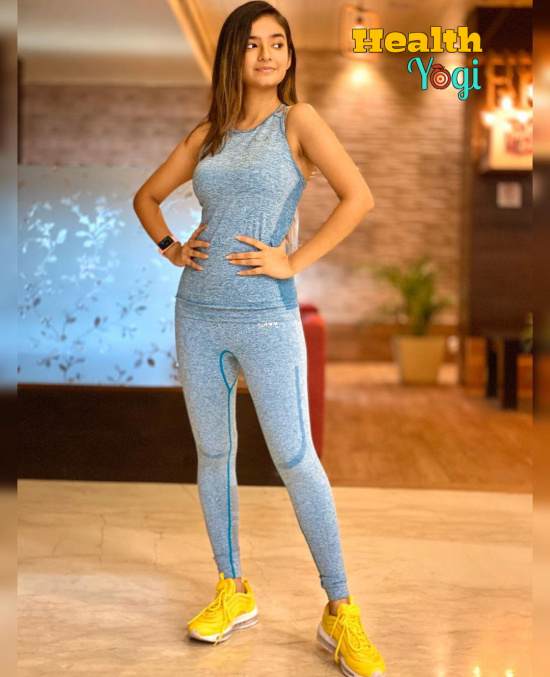 However, the Teen sensation is also called one of the most beautiful and fit girls in the Bollywood Industry. So if you also want to learn more about the Anushka Sen workout and diet plan, then keep on reading. 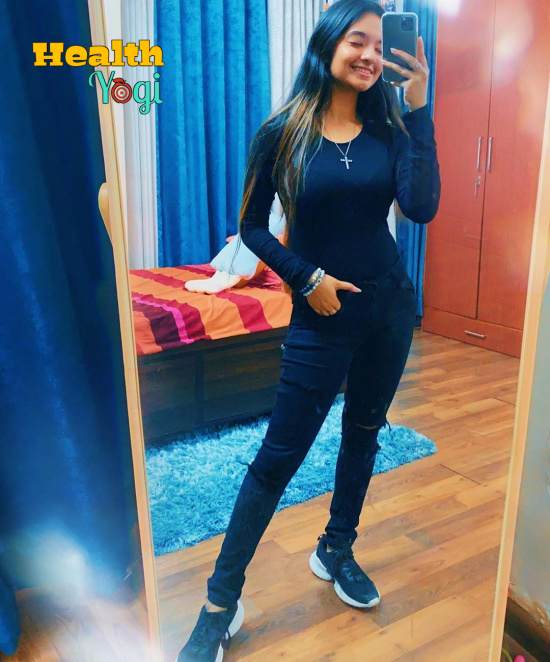 Anushka Sen is famous for her role in Jhansi Ki Rani, and hence she has to stay fit despite her busy routine. She loves to exercise, and that’s the main reason why she has maintained a perfect body. She is quite active and follows an ideal workout routine every day. She knows pretty well that staying physically active will keep her agile and dynamic.

The video, as listed here, shows Anushka Sen’s workout at her home. She has a good fan base, and people look upon her for fitness as she has a perfect physique. The secret of her staying slim and trim is her unique exercise routine that she follows.

In one of her interviews, Anushka Sen also mentioned how she loves activities like cycling and swimming. Anushka also stated everything that she does; she said that she likes to do home work out, yoga, stretching, playing sports, and staying active. So all of these things help her stay in that incredible shape.

Now, let’s see a routine that will help you get a body like Anushka Sen; we will perform a workout that contains the same activities and exercises as Anushka.

Anushka has stated that she loves to do biking and swimming, which are cardio exercises made for you to help lose weight and burn calories. However, we don’t have to follow the exact routine to get the same result; you can follow any cardio workout routine, just aim to burn at least 500 calories with the workout. Make sure to do this workout at least three to four times a week and not more than an hour. 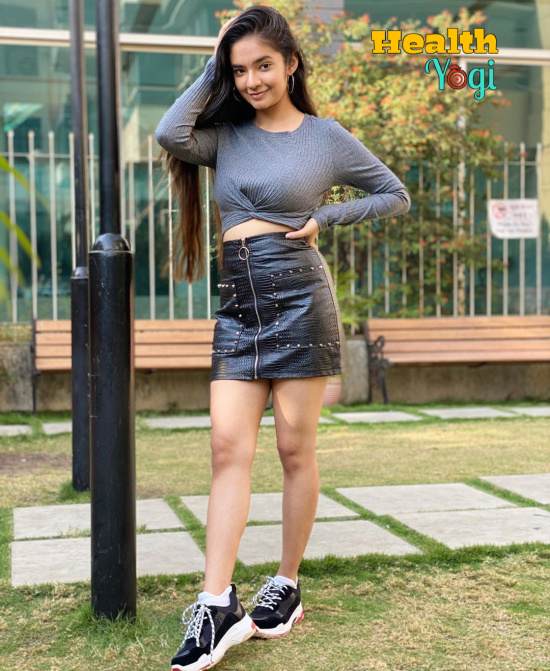 Anushka clearly states that she loves doing yoga; the video above also proves the stretching from yoga. So we will add it to our routine as well; yoga helps you learn and make your body flexible it also provides an excellent cardio workout. Make sure to do an hour of yoga at least four times a week for the best results.

You can rest on the days you are not working out; however, make sure you do not lie down and do nothing. Keep on moving either go for a run, play some sports, dance, hike, trek, etc. The aim here is to keep your body as active as possible; all these consistent activities will help you stay lean and slim and make sure that you don’t gain any weight or fat.

That’s all for the Anushka Sen workout routine. 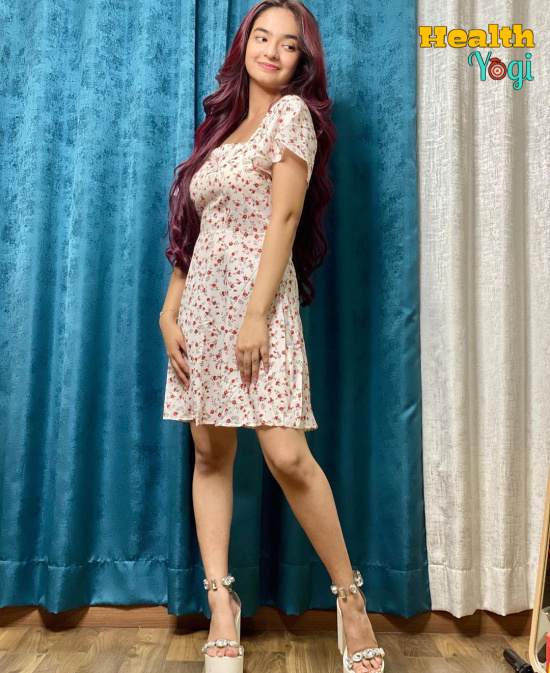 Anushka Sen has a good and healthy diet plan daily, and it consists of salads, fruits, homemade food items, shake, etc. In the interview, you will see that Anushka said that her mom makes this incredible shake that consists of Apple and banana with ice-cream. She also stated that she is drinking a lot of water every day to keep her skin and body healthy. Now, let’s see a routine that you can follow to get a body like Anushka Sen.

That’s all for the Anushka Sen diet plan.