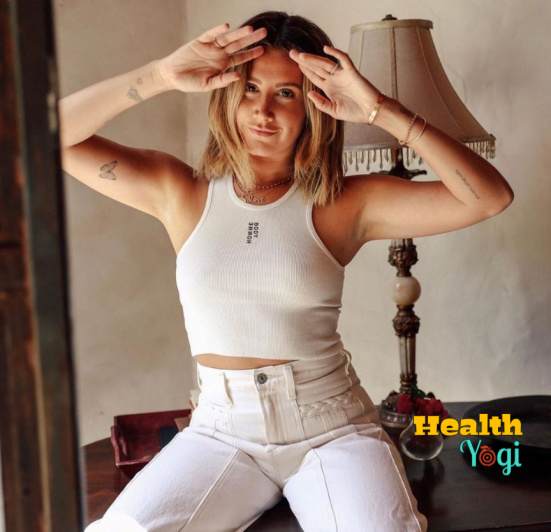 Ashley Tisdale Diet Plan and Workout Routine: Ashley Tisdale is an actress, singer, and producer known for her High School Musical series and The Suite Life Of Zack And Cody. After that, she has always been on the talk and done some incredible movies and shows like; Scary Movie 5, Aliens In The Attic, Picture This, Young & Hungry, Hellcats, etc. Ashley is mostly known for her acting skills; however, other than that, her body physique and slim waistline do make many people’s heartbeat. So if you also want to know how she has to maintain that body for so many years, and want to learn more about the Ashley Tisdale workout and Ashley Tisdale diet, then keep on reading.

Ashley Tisdale started getting serious about her workout routine after she got injured, and her body could not keep up. Ashley was a pretty typical teenager while working in her teen years; she was eating everything she can and when she can without working out or taking care of her body. However, after the injury, she got serious about the workout, and since then, the actress always stayed in the best shape. So let’s see what Ashley’s training contains.

Other than that, she has also shared different workouts videos that you can check to know more about what Ashley does these days. For example, you can see this video that she shared in 2017 explaining the workout you can do at home. In that video, Ashley stated that she does a lot of weight training, but she gave a home workout for all of her fans, so let’s see the movement.

After that, around 2018, Ashley shared her Pilates workout, and they gave away the seven practical exercises that you can see in this video. So let’s see the at-home Pilates workout given by Ashley and her trainer. 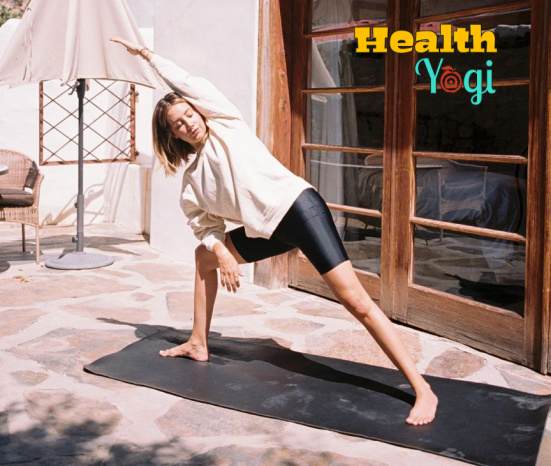 That’s all for the Ashley Tisdale workout routine.

Also Read: Zac Efron Workout Routine and Diet Plan for Down to Earth

The Ashley Tisdale diet plan follows a more straightforward approach to eating more protein and fewer carbs to maintain weight. She also aims not to eat carbs after 3 pm in this Women’s Health article; you can see they have told a lot about her diet. She eats low carbs and eats carbs once a week, which seems like her old diet plan.

Like in the video, we heard Ashley saying she loves to eat a lot, which means that the other statements: Ashley eating five small meals a day; like Katy Perry is more likely to be true. Well, either way, her diet does follow a high protein and low carbs diet, so if you also want to get a body like her, then you can follow this routine.

That’s all for the Ashley Tisdale diet plan.