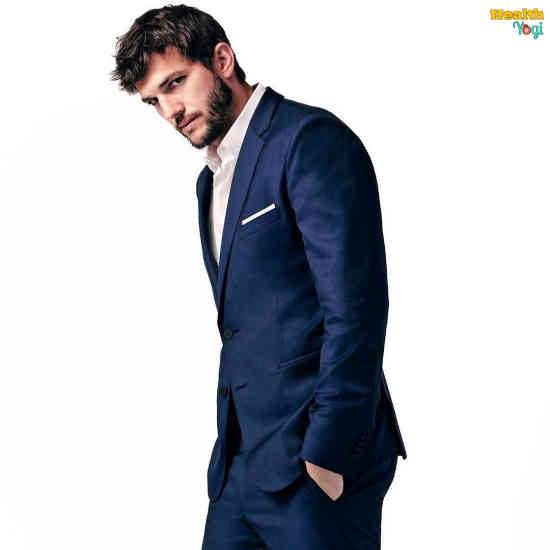 Ashton Kutcher Workout Routine and Diet Plan: Ashton Kutcher is an actor, singer, model, and musician known for his movies and TV shows like Two and a Half Men, No Strings Attached, The Ranch, Killers, etc.

Ashton Kutcher is quite a great guy, and we have seen him in many fabulous roles, including the ones in killers, two and a half men, the ranch, etc. He has showcased himself as a hot dad, hot guy, and nerd at certain times. One thing is for sure no matter what role Ashton ends up playing, he nails the look, and it is also because of his body shape.

Yep, a person’s body shape does affect the overall personality of how he looks. So how does Ashton keep himself in such incredible shape, and what does his daily routine look like when he’s not shooting for a movie? Well, we all know that when Ashton shoots for a movie, the body shape is basically on the demand of the role, like how he did during the time of killers. Then there was this interview with the Men’s Fitness Magazine.

Ashton talked about how he worked out primarily by doing yoga three days a week; then, he was training on basic combat routine, adding mixed martial arts and different workouts for at least three to four days. During the days when he was shooting for Killers, Ashton was working out every day. He does change the workout every year and add something new. However, sadly after that, there was not so much about his workout routine.

Ashton’s Instagram also doesn’t show us anything about the workout he must be doing to stay in that good shape. So, I guess we will have to figure out how to get his body shape. Now reading that interview and seeing how Ashton looks now, I don’t think there is much difference in his body shape. So we will keep a similar routine and workout with flexibility, keeping the body lean and doing some combat training. 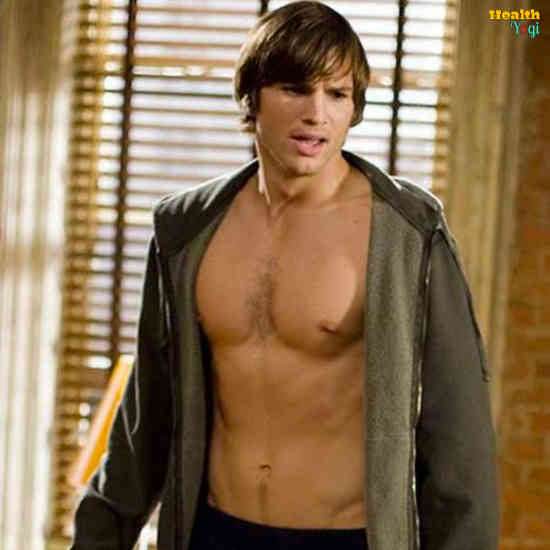 We will be doing yoga three days a week for about an hour. This routine will help you get that incredible lean and flexible body shape and help your muscles recover. It will also give you that toned muscles while working on your core and burns quite a lot of calories and fat from all the areas of your body.

Like Ashton, we can also add combat training by joining a nearby MMA gym or fighting gym. You can do four days of workout for about an hour, and after you get done can add circuit training to training your muscles.

That’s all for the Ashton Kutcher workout routine.

Ashton Kutcher had different phases with his diet plan; he even went to a fruit diet that ended up being super bad for him, taking him to the hospital. Then Ashton left that diet and started eating normally; while his diet was primarily veggies, Ashton does include the right amount of meat.

As far as the whole diet plan goes, I haven’t found his complete diet plan that I can give you, so I will be giving you a diet that I think will work best for you. Oh, also, don’t forget to drink over a gallon of water daily. 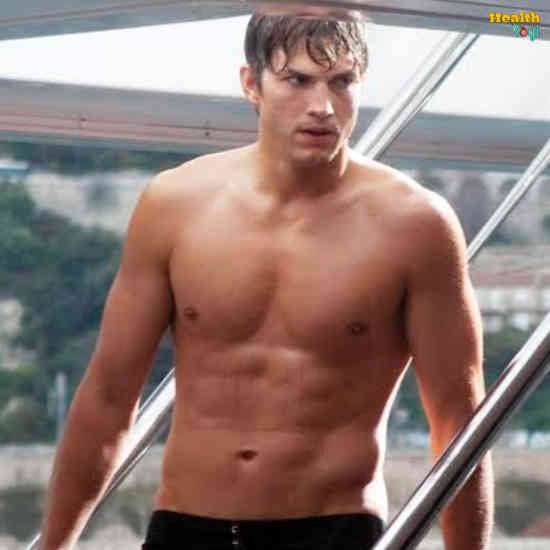 Is Ashton Kutcher a Vegan?

No, he is not and likes to include sufficient meat in his diet.

That’s all for the Ashton Kutcher diet plan.