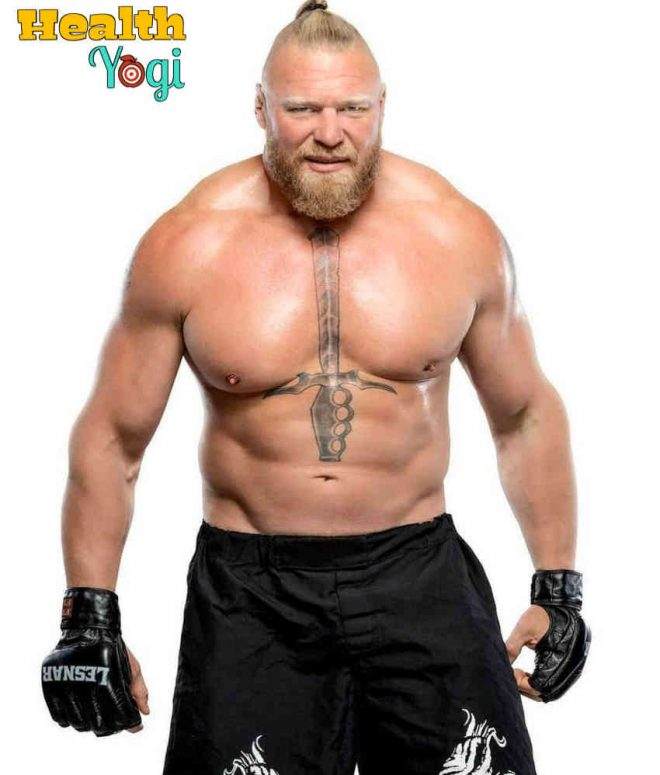 Brock Lesnar Workout Routine and Diet Plan: Brock Lesnar is a wrestler, MMA fighter, and TV personality known for being signed with The WWE federation. He is one of the most fierce and powerful wrestlers ever 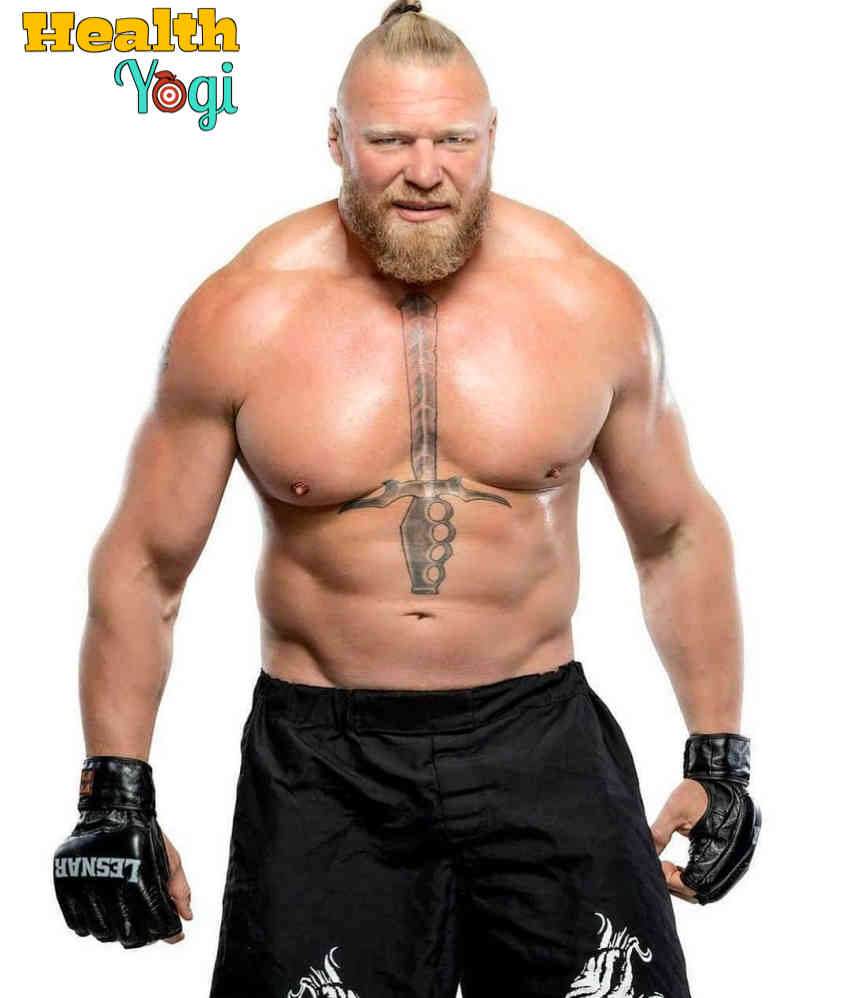 Brock Lesnar is a WWE wrestler, athlete, TV personality, and a former MMA fighter known for his professional wrestling career. Brock Lesnar is also known for being the best pound-for-pound fighter ever in the WWE, which is why he gets called “The Beast Incarnate.” Now, many fans want to be like Brock, and if not, be like Brock, then at least get a physique like him. So if you also want to learn about Brock Lesnar’s workout and how he gets in that shape, then keep reading.

Brock Lesnar has given a lot of interviews and even got featured in many health magazines. However, even though he has been super active for the past few years, there was no specific update on his workout. I even went to YouTube and tried finding videos related to his workout. I only found the same old weight training routines. Brock Lesnar does still hit the heavy pads workout.

I don’t think he does circuit training anymore as he used to do. I once saw a video where Brock Lesnar was talking about his work, but I can’t remember the video name. Brock Lesnar was working out with a body bag, which MMA fighters use to spar. Then there is still his four-five days of weight training routine, where he trains very intensely. As far as I have noticed, Brock Lesnar doesn’t follow or do any cardio workouts.

The cardio workout of Brock Lesnar comes mostly from training in the MMA ring, doing sparring, bag work, and heavy bag work. So we will modify a little bit of Brock Lesnar’s workout by changing the way he trains. As we need to remember, the body needs to change how it trains with age. So we will lessen the intensity and divide workouts to get a good workout routine. So let’s get started: 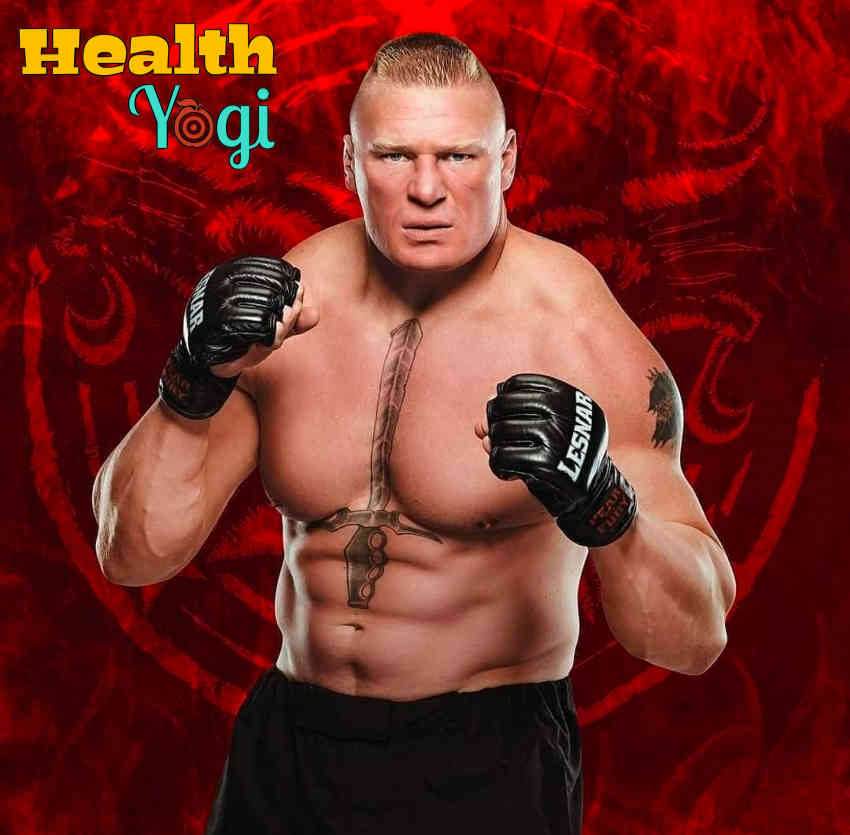 So we will start our morning with 40-60 minutes of MMA workout. After that, it will be a mixture of certain routines to mix sparing, bag workouts, etc. Now, I recommend you go to an MMA gym and work out four days a week in the morning for about an hour. Once you start getting used to the workout, you can increase the workout duration.

Now on his rest days when Brock Lesnar is active, he is fighting and wrestling in WWE most of the time. However, since you don’t have to do that, you can fill the activity with other things like hiking, trekking, mountain climbing, etc.

That’s all for the Brock Lesnar workout routine.

Brock Lesnar eats a lot of meals for the diet, and mostly it’s healthy meals, but sometimes he would go and have a steak and pork chops on the weekends. I couldn’t get much information about his diet, but as big as Brock Lesnar is, I would say you would need at least 3.5k calories in-take a day. So now let me give you a basic diet plan that you can follow; 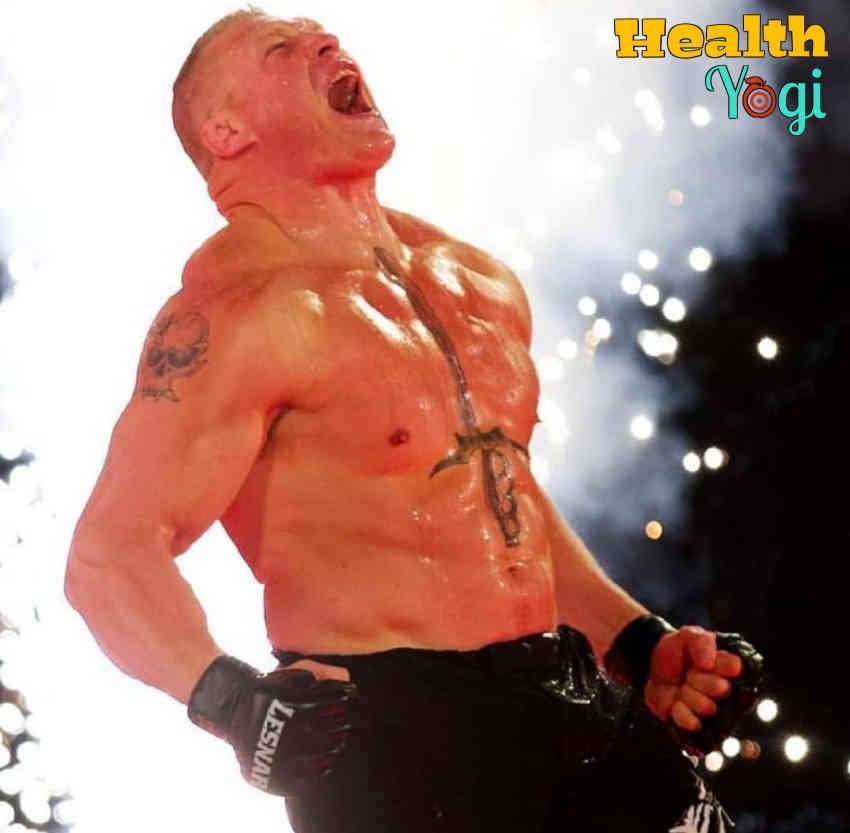 Is Brock Lesnar a Vegan?

No, Brock Lesnar is not a Vegan.

That’s all for the Brock Lesnar diet plan.