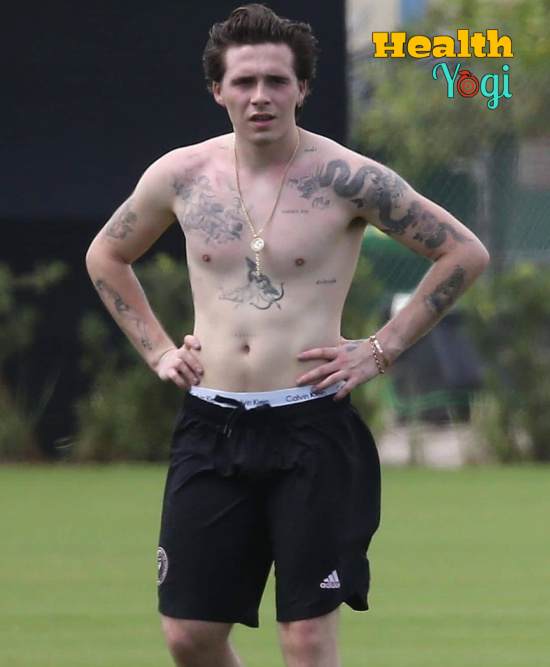 However, the thing he is most known for is the incredible yummy body that every girl likes. Brooklyn does a lot of things to maintain and keep that body, so If you are also looking for the secrets to the Brooklyn Beckham workout and diet plan, then keep on reading.

Brooklyn is a model, so keeping his body in shape is essential for him, and for that, he likes to keep working out almost every day. Brooklyn does many different activities like skateboarding; he has been doing that since his teenage years and gotten pretty good at it now. However, Brooklyn was not in good shape before 2016.

The article of Elle magazine tells us about how Brooklyn Beckham transformed his body in one year. In that article, Elle talked to a Brooklyn trainer Chase Weber, who was training Brooklyn for a year when he changed his body. Chase told Elle to get transformed into that lean and aesthetic figure they stuck to doing a high-intensity workout routine. 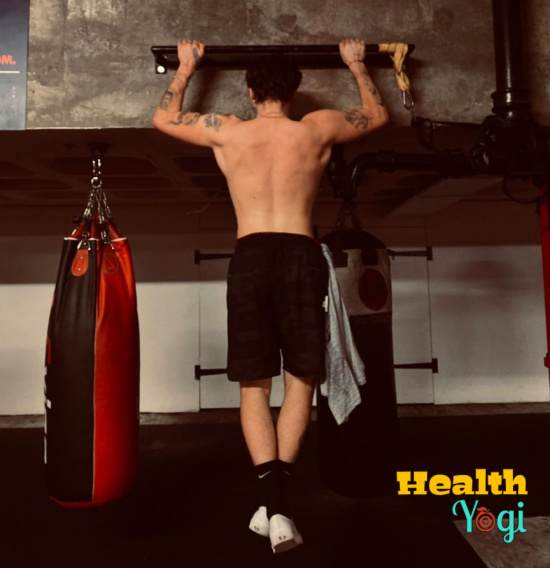 However, Brooklyn is not following that anymore; he has started doing different things to go to a Boxing gym. You can check the post here where he was in the boxing gym. Nowadays, his workouts consist of boxing workouts like sparring for a few rounds of 3 to 5 minutes and doing different things. The weight training part is also more focused on building strength and explosive power, so exercises like deep squats, hack squats, leg press, battle ropes, deadlifts, shoulder press, pull-ups, etc., play a massive role in his workout routine.

He follows an intense workout for a cardio routine that consists of training his core muscles a lot and doing jump rope. However, boxing itself works as an excellent cardio routine that keeps him incredibly ripped. So yeah, these things are what keeps Brooklyn fit and healthy, now I don’t exactly know what Brooklyn does in his core workout or any other workout, so I can’t tell you anything. Still, if you follow these routines and go workout in the gym at least four to five days a week, you will have a body like Brooklyn.

That’s all for the Brooklyn Beckham workout routine.

The diet plan of Brooklyn consists of eating a lot of lean protein, some carbs, veggies, fruits, etc. Brooklyn maintains quite a healthy diet and sticks to eating clean, most of the time. However, when he’s at home with his family or friends or going on vacation with her fiance, he does end up eating a few extra calories.

Brooklyn also takes a few supplements like protein shakes, vitamins, etc., to maintain a healthy body. However, there is still no telling exactly what he eats throughout the day. So, let’s see a diet plan that you can follow to get a body like Brooklyn Beckham.

That’s all for the Brooklyn Beckham diet plan.