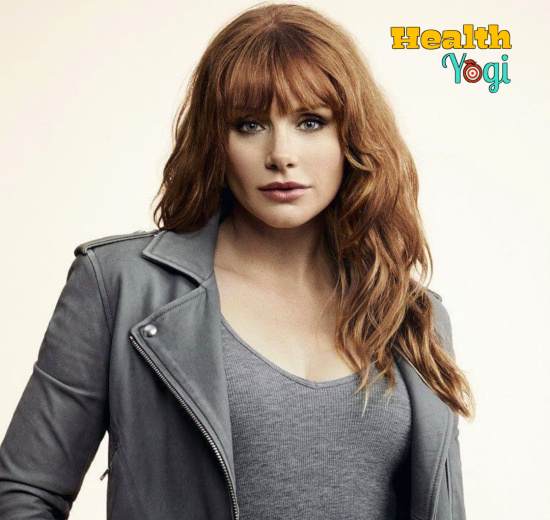 The actress was always in good shape since she started her career in Hollywood, although when she began the black mirror show. She got asked to gain 35 pounds for the role, which she did, and Bryce Dallas also talked about how it was and what it takes to lose the weight.

When we talk about body transformation for roles, we never think girls will do it, that’s what she also covered in the interview with the Men’s Journal. Even I thought that was brave of Bryce Dallas to try that body transformation. In that interview, she also stated something about how she gained weight and how she lost.

Of course, gaining was more natural than losing that weight. Bryce said she did a lot of water rover, running, and CrossFit to lose all that fat. It was not easy, but in the end, it was worth it. Bryce also told a joke about how she is like a dog that if you don’t take her out for a walk, she will chew down all the furniture.

So keeping all those things in mind, not the dog one! But all other things I guess we can work with those things to provide you with a great workout routine. The workout will have five days of training and two days of active rest, and we will focus mostly on things like cardio and calorie-burning exercises.

In the cardio workout routine, we will perform things like water rower, the one exercise that Bryce loved. The main aim of her workout is to get slim and toned, so each day, you will also be performing a 45 minutes cardio routine with two core cardio machines. One is your water rower, and the 2nd one is your treadmill. 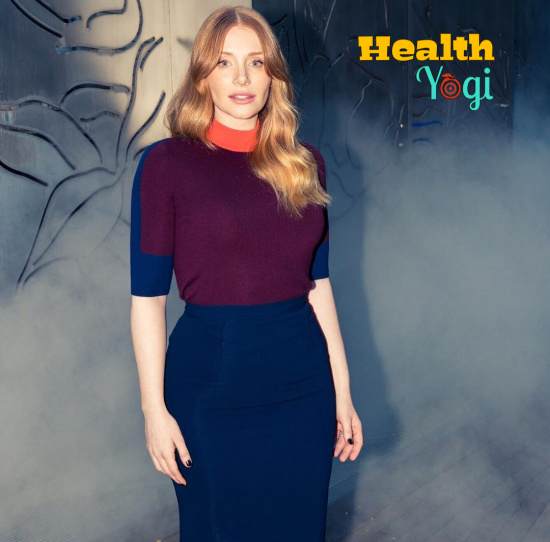 Now we all know how great CrossFit is; I love CrossFit because it gives you all these exercises that give you an overall body strength and fitness. So you can join a CrossFit gym, and train for four days, here you need to focus on an exercise like, snatch, deadlifts, overhead squats, burpees, pushups, pullups, etc.

This is all about Bryce Dallas Howard Workout Routine.

Bryce Dallas was vegan for many years, and she also considers it healthy; after a while, when her son was born, Bryce decided to go vegetarian. She started to consume dairy products, etc., after some time, Bryce decided to go back to getting meat, and currently, she still has that. However, Bryce still enjoys all kinds of meals.

Now, if you are wondering how she gained the weight in the black mirror, Bruce told Men’s Journal that she started eating as soon as Bryce woke up and slept right after she ate. So let’s see what the food is that you need to eat to get a slim version of Bryce Dallas. 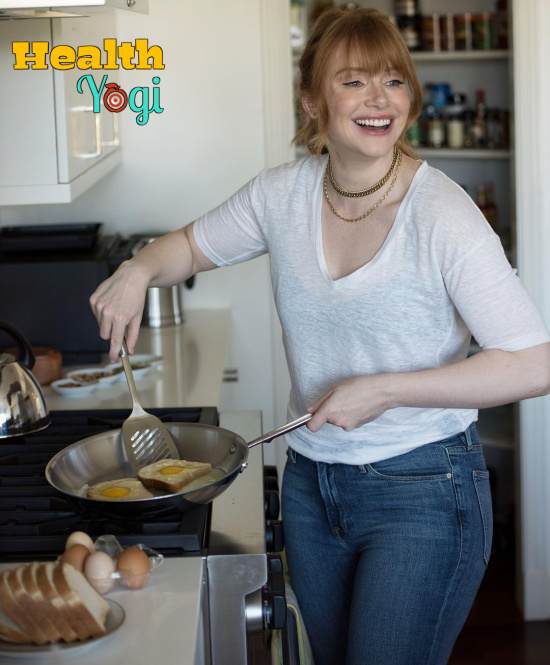 This is all about Bryce Dallas Howard Diet Plan.