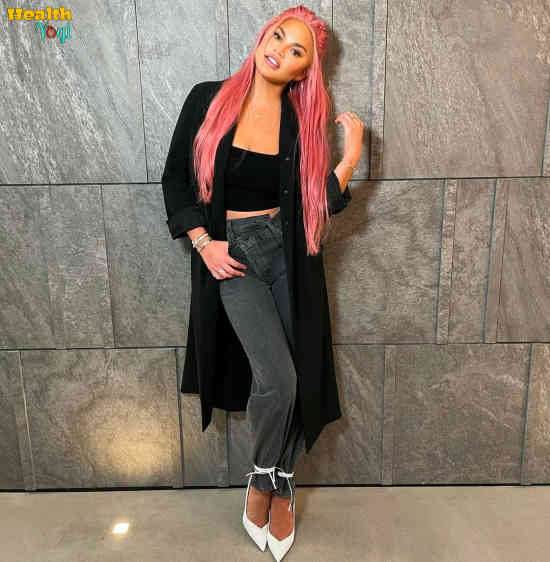 Chrissy Teigen Diet Plan and Workout Routine: Chrissy Teigen is a model, actress, author, entrepreneur, and Television Personality. She is mainly known for her modeling shoots and being in videos like All Of Me. Chrissy also has starred in movies and TV shows like Lip Sync Battle, Chrissy’s Court, Hotel Transylvania, etc.

Chrissy has stayed lean for over a while; however, now that she has become a mom and came in her 30’s her body started to change. Chrissy still has a very lean body, but it’s with more curves than before when she started her modeling career. What is incredible is that even though she gave birth maybe two years ago, she still looks so good. So how does Chrissy stay fit?

There are few interviews that I did find out about her workout routine and where Chrissy tells how she keeps herself in a fit state. Like this article with Women’s Health in 2018, Chrissy told Women’s Health that she likes to work out four days a week, where she works out with her trainer, and they would do a mixture of Pilates, Free-body, and barre training. Sometimes they include resistance band training and sometimes even weight training.

Chrissy also never does shoot herself and upload on Instagram when she is in the gym. The following interview, which is more recent, came from The People Magazine, where Chrissy has said that she doesn’t work out regularly and does long breaks. Sometimes, she will take two months break without a workout, and then when her trainer says come back. Then they will be going super hard on the training period, and it seems to work for Chrissy.

Then there’s this video you can also watch where Chrissy trainer shares a workout to help you get fit. Now that we have two different things let’s turn them into a nice routine. I will give you my version of Chrissy’s workout that will help you get lean and slim. We will train and work out five days a week and train for just an hour, as that will be enough. So let’s get started with the routine already: 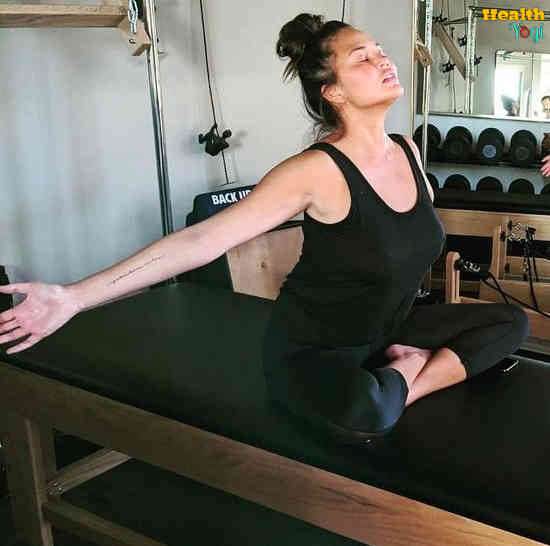 We will do Pilates for about an hour every week, two days a week. This routine helps you stay lean and strengthen your body parts and give you a toned body, and great for your butt and waistline. Many celebrities and models do Pilates as a regular part of their workout to get that model-type body.

Another workout that models love to do is the yoga workout, as it’s one of the best workouts they would get. I saw Chrissy trying Acro-yoga as well in her trainer Instagram, so that’s why I think it would be best to put yoga as part of your workout. This activity will also provide you a toned body with flexibility and make your waistline slim.

Once a week, we will do a circuit routine, which you can see from the video of Chrissy trainer, whose link I gave earlier. You can also do another circuit routine, but I would say the routine shown by Chrissy’s trainer is also quite good. Then once you get done, you can have 10-20 minutes jumping rope session, which Chrissy loves a lot.

That’s all for the Chrissy Teigen workout routine.

So, Chrissy shared this diet with Women’s Health that helped her stay fit after pregnancy and helped get enough protein and nutrients to make milk for her baby. So that’s what we are going to use, as it was quite a good diet.

However, just for your information now, Chrissy eats most of the things while making the food for her babies. Also, she has days when Chrissy eats lots of foods and days when she is super healthy with her diet. So now, let’s check a healthy diet. 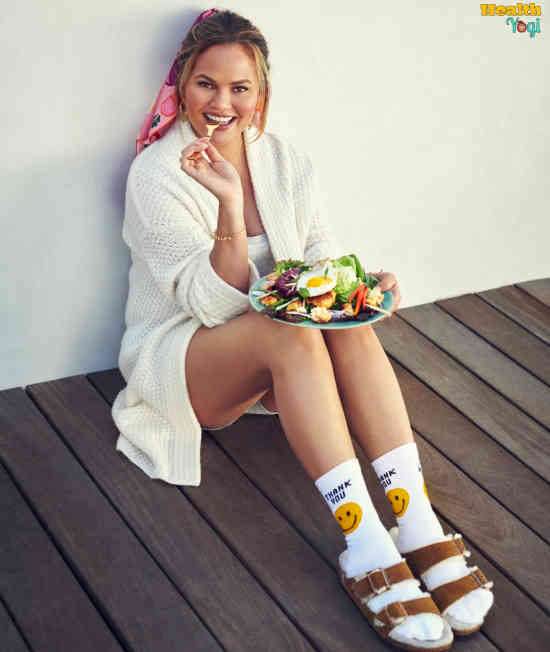 That’s all for the Chrissy Teigen diet plan.