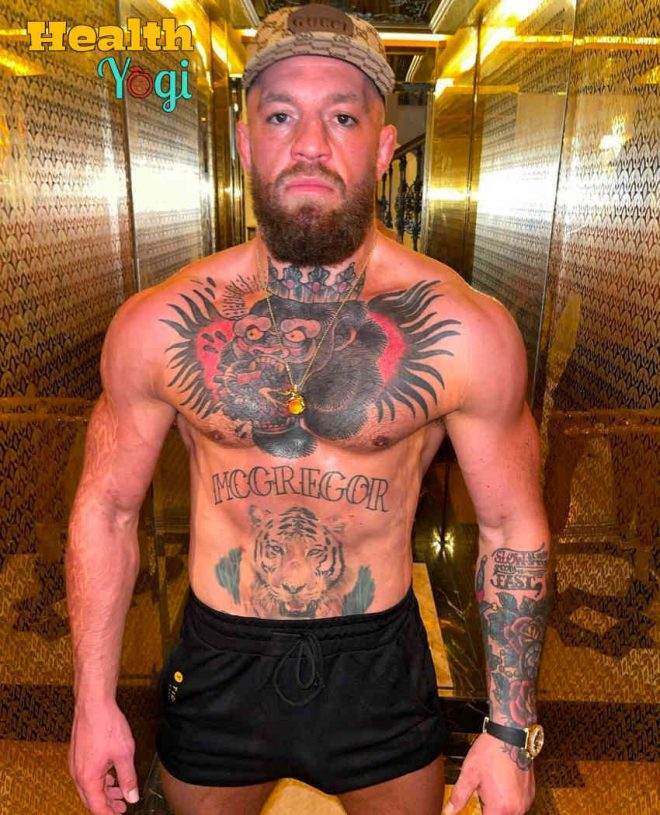 Conor MacGregor is the biggest name in UFC; sadly, he was injured but now looking to make a comeback in the lightweight division. So if you also want to know the Conor McGregor workout and the Conor McGregor diet plan, keep reading. 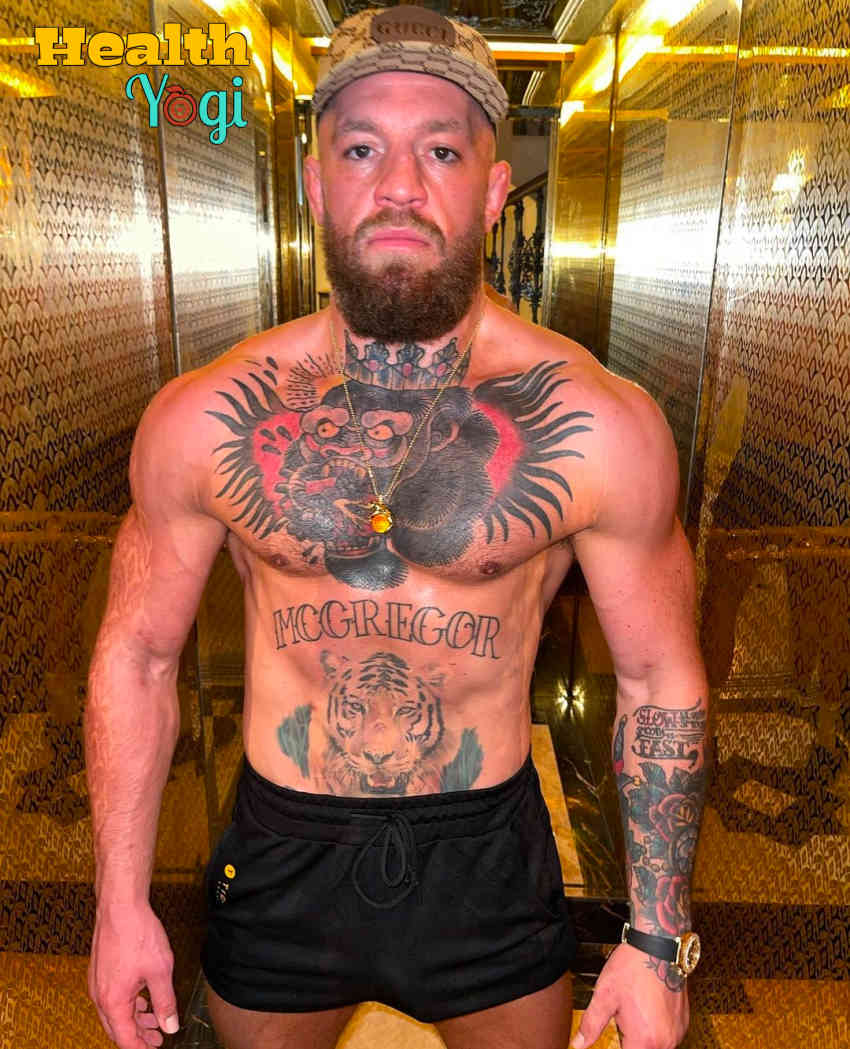 Conor McGregor is one of the greatest fighters in the whole UFC ever; he also holds the record of being a double champion and has given some of the biggest PPV in the whole UFC. Sadly, he was injured and out of action for a long time, but Conor McGregor is the beast, so what did he do? Well, you know he recovered, got more robust, and was much more significant than ever, got in the best shape of his life, and is now looking for a comeback fight with Islam.

Yep, Conor McGregor vs. Islam would be so fantastic to watch, but it’s still not confirmed. However, Conor McGregor is hungry and ready, and he will be doing something when he gets back. Many people want to know how Conor MacGregor is training and what he did to recover. Well, the first thing he got bulked up and huge. You can see this Instagram video by Conor MacGregor where he was doing some wide-grip pull-ups.

How easy it has become for him; you won’t even think that this guy was injured a while ago. In this next Instagram post, you will be seeing Conor doing hanging leg raises to touch the roof. Many videos like this on his Instagram show how he keeps himself fit and training. Conor McGregor does a mixture of routines that involves weight lifting, core workout, cardio, MMA sparring, groundwork, heavy pad work, etc.

Conor McGregor is doing what he was doing back then in the UFC, but with more routines. So to get physical fitness like Conor, you will need to work out five days working on your body. There will be two sessions every day, the first session will start with cardio and weight training, and the second session will be filled with MMA workouts that you will do in the evening.

For the MMA workout, I’m not suitable or knowledgeable enough to give you an in-ring workout that will help you get fighting skills like Conor McGregor. So I suggest going to a professional gym and training there and learning the basics workout that will help you get an overall MMA routine, plus you will be able to get all the equipment there. Now, about the other workouts that will include cardio and strength, I will be giving you a Conor McGregor-inspired workout, so let’s get started; 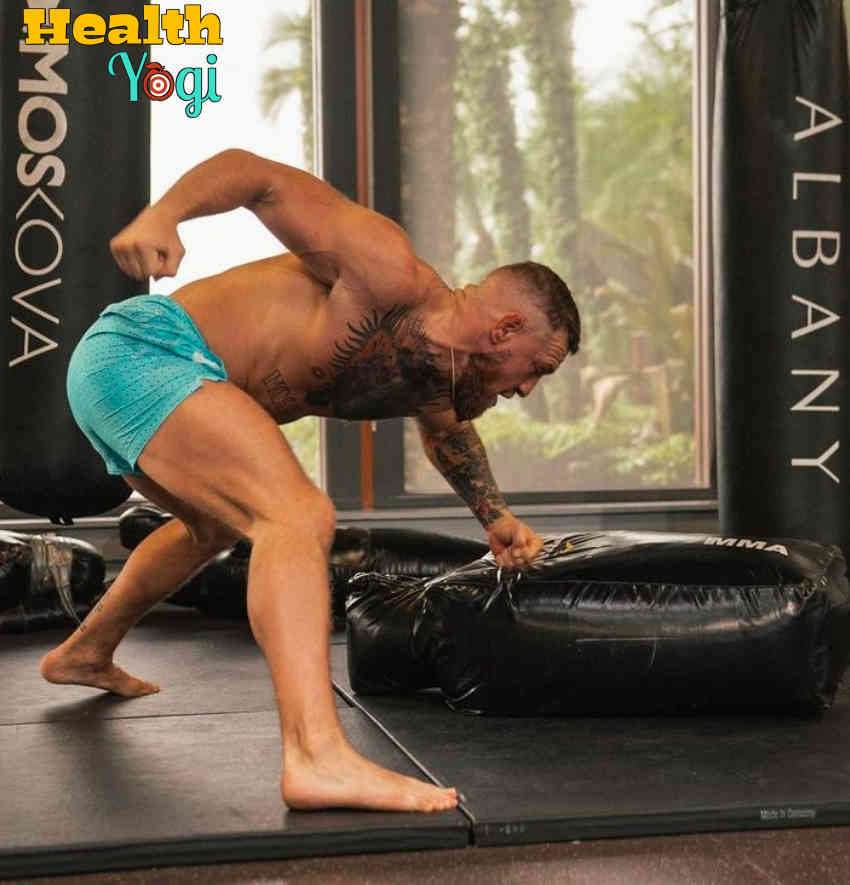 We will be starting with a stretching routine for 10 minutes. Once you get done with the stretching, we will move on to the cardio routine. It will be a mixture of different workouts mainly based on running, but we will also add air biking and other workouts. It will help you gain stamina to burn that extra fat or calories from the body. So follow this routine;

In strength and conditioning workouts, we will be doing a mixture of routines to get power, strength, and endurance. It will include some lifting, core workout, and full-body MMA routines adapted by many fighters around the world. Feel free to add or take out any exercises from these routines, but consult your trainer before doing that. Lastly, ensure to add stretching exercises before and after the workout.

That’s all for the Conor McGregor workout routine.

Conor McGregor eats a balanced diet that includes white meat in the diet. However, sometimes he would eat steak. Conor McGregor also eats a lot of greens and veggies with a fair amount of fruits. Also, protein supplements are part of his diet and one of the reasons why he gained so much muscle. You can also see his Instagram and sometimes watch his steak, mashed potatoes, and veggies. So now, let’s see a Conor McGregor-inspired diet plan. 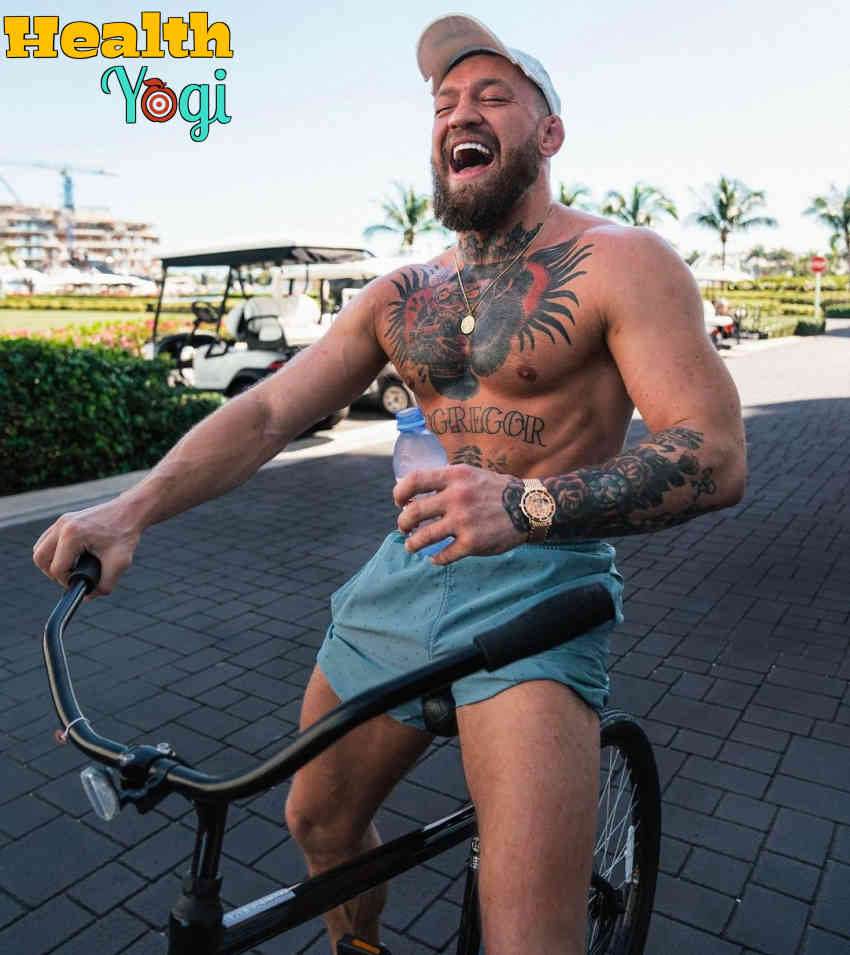 Is Conor McGregor a Vegan?

No, Conor McGregor is not a Vegan.

That’s all for the Conor McGregor diet plan.