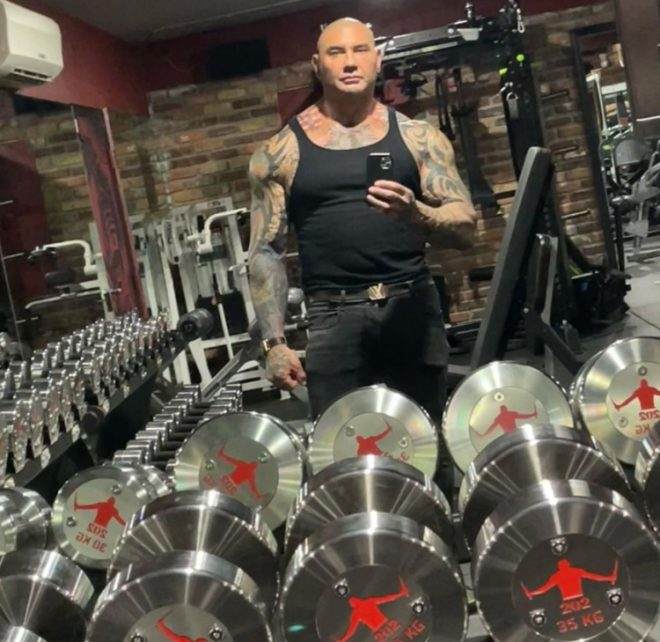 Dave Bautista Workout Routine and Diet Plan:  What exactly is the secret behind the body of this guardian of the galaxy superstar? Yes! I am talking about the “Drax the destroyer.”  Dave Bautista, formerly known as David Michael Bautista junior, Has played the role of Drax, the destroyer in the M.C.U. Verse.

Dave is a retired professional wrestler who has made over 11 championship trophies. Even before the guardians of the galaxy, Dave was a renowned superstar. His wrestling skills were unmatchable. Dave was also part of the famous WWE universe. He first played in the 2000s and created a name for himself in the wrestling world. 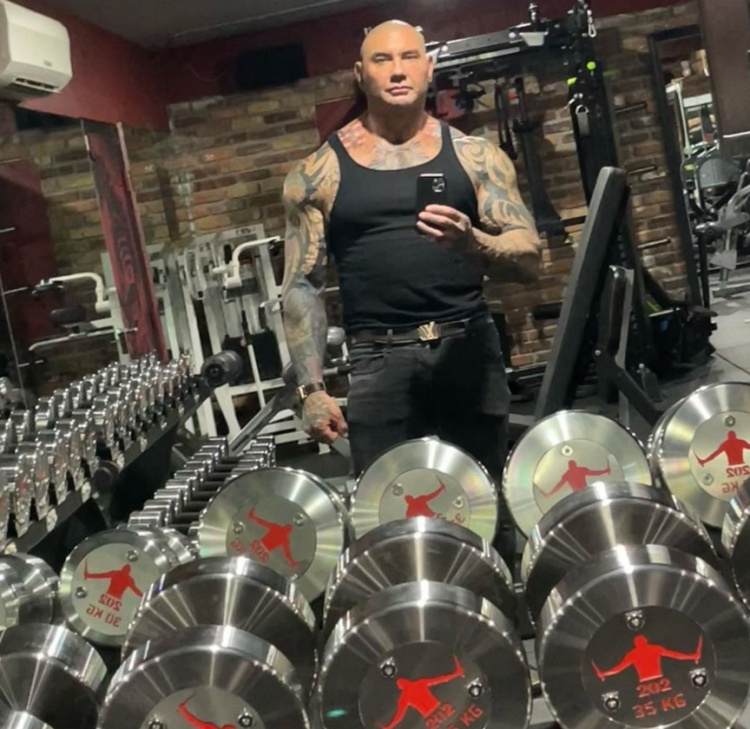 Before his wrestling career, dave was also a nightclub bouncer, where he got arrested because he knocked out two guys on his duty. However, dave is now a man of honor and has made millions of people look up to him. It’s unbelievable how dave has created such a big name for himself. Well! Well! the thing that has made us aspire to become like dave is his physique. Dave has been into wrestling for over two decades, and watching his matches has made me a fan of his Batista bombs. But, after a lot of research, we are here with Dave Bautista’s workout routine and diet plan that even you can follow.

Dave has won numerous wrestling matches. His fans were always stunned to see him in action. Dave was so brutal with his matches that he dealt with tricep tears several times. His passion for wrestling has given him the limelight in Hollywood. Dave has played many roles in movies, and T.V. shows. as we all know, his most famous of them was Drax, the destroyer from Guardians of the galaxy; however, dave was born for this role. His iconic action scenes are just magnificent to see. But this is not just sheer luck. Instead, this was only possible because of years and years of hard work.

Dave has a muscular physique; his shoulders are so broad that many fans always wonder what kind of workout he does to stay fit and athletic. If you are one of them, then don’t worry. Health yogi will tell you about dave Bautista’s workout regime. 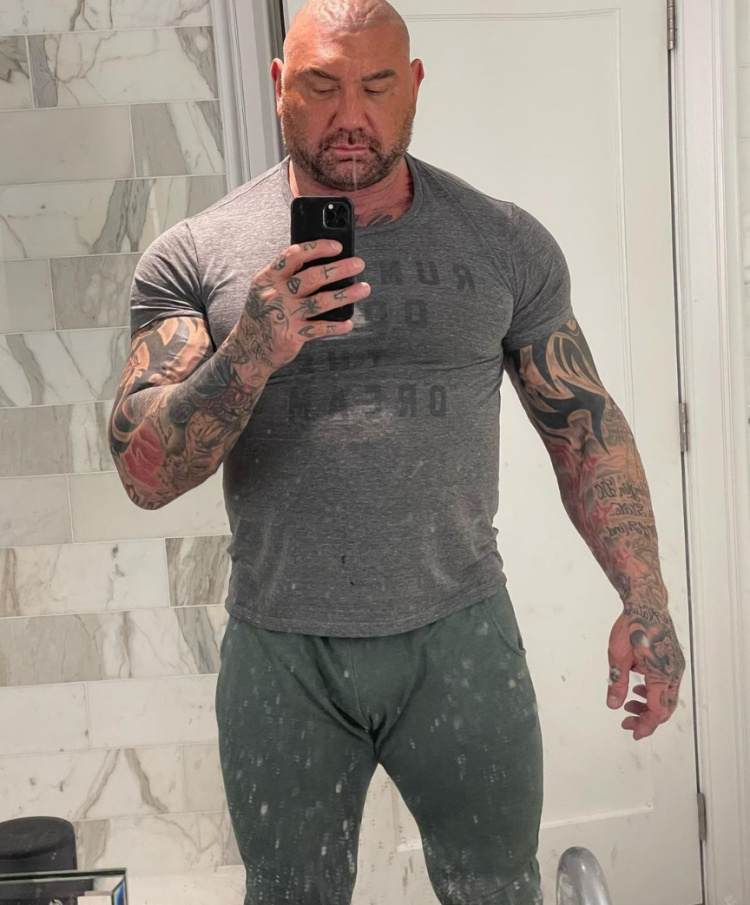 Dave said that bodybuilding had saved his life. He is obsessed with bodybuilding. Why wouldn’t he? Look at him now, a famous Hollywood star, all thanks to his hard work in the gym bodybuilding has been revolutionary for dave, but that doesn’t mean he goes for heavyweights like 400 pounds bench presses

or 70 pounds deadlifts. He focuses more on muscle enhancement, so he goes for a hypertrophy workout. His workout plan could be more diversified. He follows the traditional Push pull legs workout routine with an interchange of days between legs and pulls, i.e. push, legs pull.

Dave is a retired wrestler with almost 20 years of his life in the ring. Dave likes to do a lot of combat training even though he has always aspired to learn new martial arts techniques at his age. On his break from WWE, dave learned Brazilian jiu Jitsu, in which he successfully attained a purple belt. Therefore, if you are willing to train like dave, then make sure to surpass your limits.

Dave, before his wrestling career, was a lifeguard to earn a handsome amount; dave took this job; however, later on, he quit this job and pursued a wrestling career swimming is a skill that requires alignment of all the muscles. It helps in increasing flexibility and gives the body shape and a good physique.

Dave is a perfect example for vegetarians. Since 2010 dave has eliminated red meat and pork from his diet, he follows a vegan diet and completes his protein intake from plant-based foods. However, every day is not the same sometimes; it’s slightly difficult for him to tackle his urges, so he goes for fish to complete his diet. Dave says a vegan diet has made a positive impact on his life. He likes vegan food and will eliminate non-veg shortly. 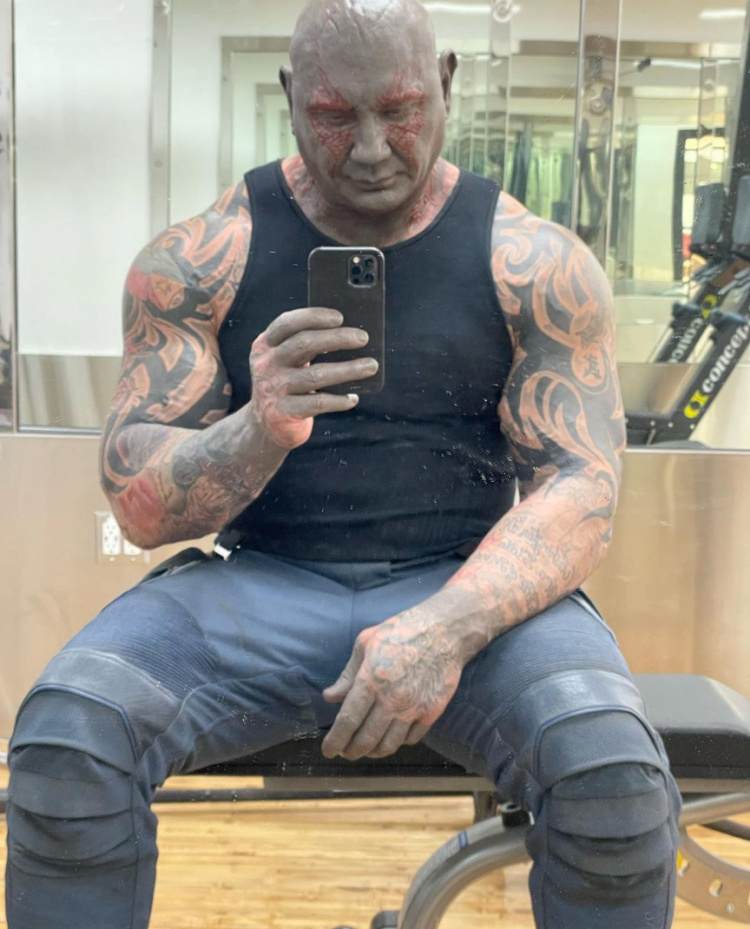 Yes, Dave turned vegan in 2010, but sometimes it’s hard for him; however, he says he will turn proper Vegan.