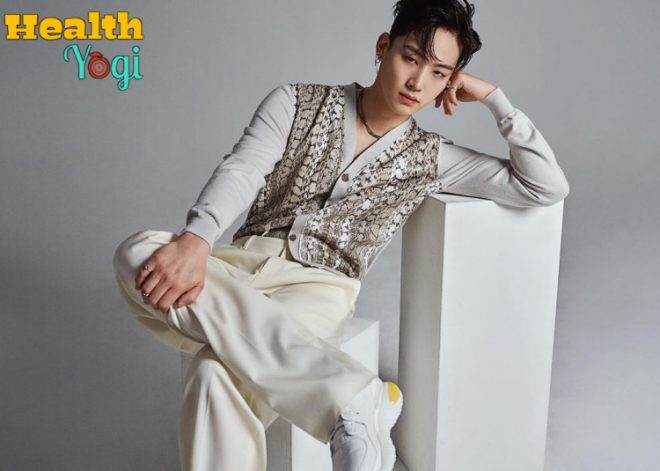 GOT7 Jay B Workout Routine and Diet Plan: GOT 7 ended its contract with JBL entertainment somewhere around January 2021. Since then the members have been trying to embark on a solo career, even though the possibility of recollecting as GOT 7 was not entirely out of line. The rumors of disbandment were finally shut in May 2022 with the release of ‘NANANA’ under the name of GOT 7 with all of the members working as a single group, just like before. This has got a good amount of attention from the media, given the huge popularity and fan base of the KPop boy band GOT 7. Even out of the shade of the GOT 7, the members of the group have achieved enough recognition to have a following of millions on their personal social media pages.

Jay B (Lim Jae-beom)  is often considered the leader of the group with his good coordination skills and near-perpetual serious looks. He has worked as an actor and musician with groups like JJ Project, Jus 2, and finally now as a member of GOT 7. The guy has been on a constant hustle and released several singles in the meantime that were direct hits among the fans.

This post will try to understand the Workout and Diet Routine of Jay B to sneak out some tips for our readers from their favorite Jay B. Jay B has been described as charming and timid by his fans, but his fitness is another sphere altogether. 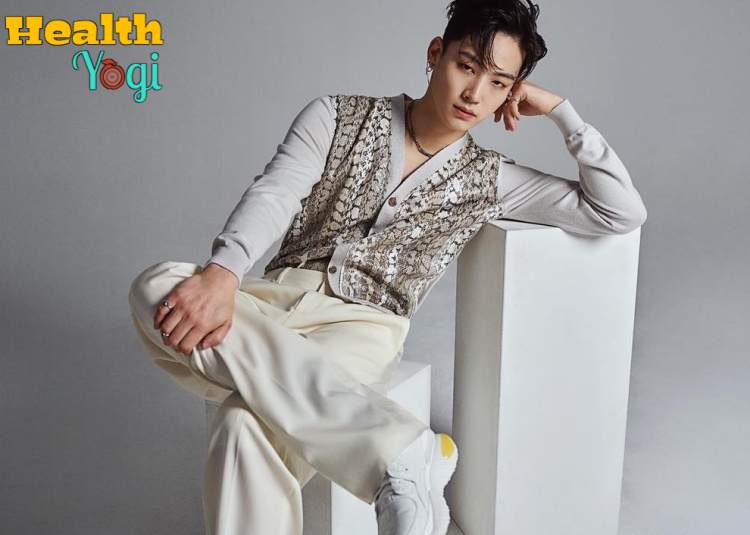 GOT7 Jay B Workout Routine and Diet Plan

GOT7 Jay B  Body Stats

Jay B has a lean muscular body that is highly agile and flexible, given its constant exposure to dancing. Being in his late 20s, Jay B doesn’t look any older than younger members of the band like Yugyeom. 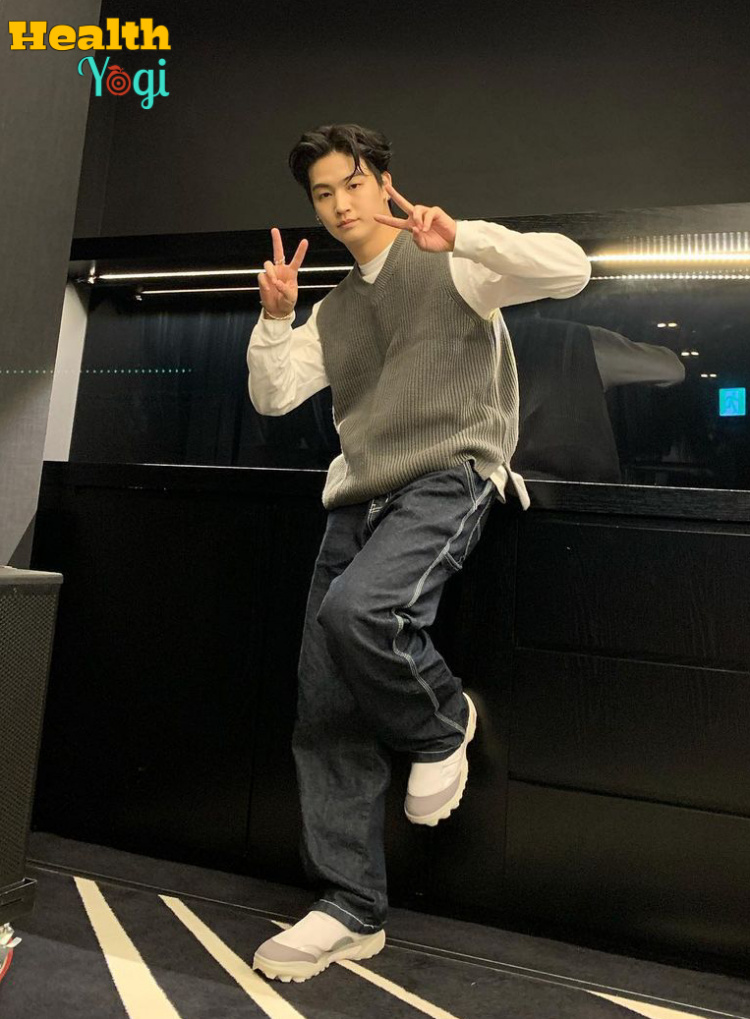 Being a KPop idol and actor, the dancing skills are an obvious area in which these celebrities have to work. Dance for them is mostly Hip Hop and involves a lot of mobility, agility, and rapid movement. Jay B says that he has loved dancing since he was a child and calls choreography his true passion.

Since the age of 15, he has been training in dancing with JBL entertainment and now debuted as the main vocalist of GOT 7, winning several hearts and a million admirers. Dancing is one of the most effective exercises that you can add to your routine, it is creative and a full-body workout, additionally it is an excellent antidepressant and tones your body.

Daily walks are advocated by Jay B as being of utmost importance for good physical and mental health. In an interview about his mental health, where he revealed that he has to manage panic attacks and depression, Jay B said that one must assure that he/she goes on walk-in sunlight regularly. It seems that this has helped him a lot in his journey toward balanced mental health.

We would also recommend you to take good walks regularly that will serve as excellent cardio and a good source of Vitamin D and improved energy levels. 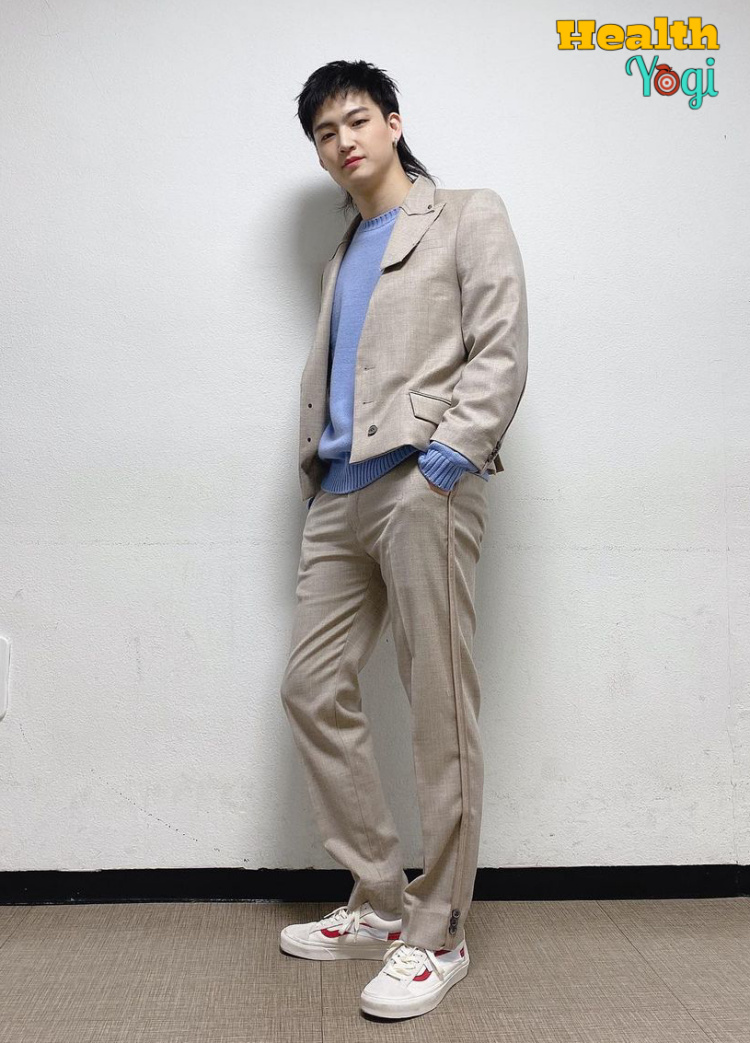 The pushup is a pretty common exercise that has tremendous benefits for toning up your body. We all know that Jay B has an enviable back and shoulder. Thanks to the friendly competition between Bambam and Jay B in the fitness sphere.

Replying to Bambam’s fitness challenge Jay B posted a picture of his toned broad back and shoulders. A good upper body calls for a good pushup and pull-up regime. So if you want to achieve a stunning upper body like that of Jay B then surely include Pushups and Pull-ups in your regime.

Ideally, you must aim for 3 sets of 15 repetitions each. But start with smaller targets and eventually build-up to this capacity. Additionally for the lower body, including squats, planks for the core, and some weight-bearing exercises.

That’s all for the JayB workout routine.

GOT7 Jay B Diet Plan

When it comes to Food and Nutrition, Jay B seems to be a meat lover and his diet is very balanced, with a tinge of cheat meals and sweets. 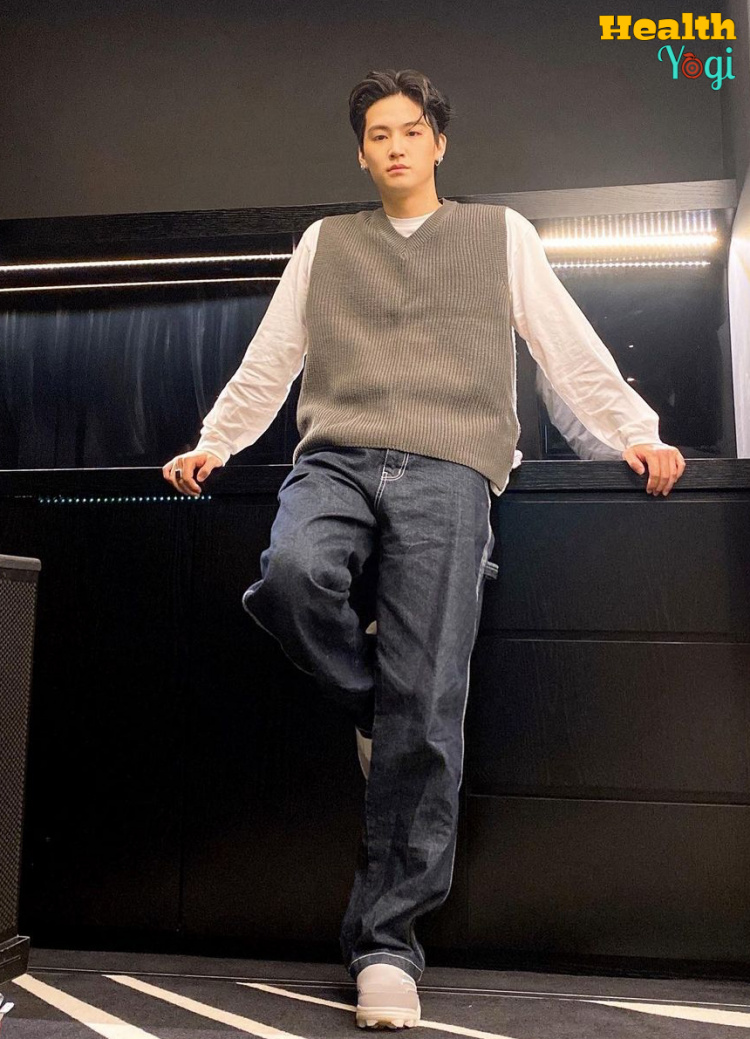 GOT7 Jay B Diet Plan

No, Jay B is not vegan. His diet consists of an ample amount of animal-based proteins.

One of the biggest mistakes that people make, which slows down fat loss, is the habit of having late dinners. Jay B says that he usually assures that his dinner is finished by 10 pm. Ideally, one must not eat anything after sunset, except some light carbs like soups. According to Ayurveda, our digestive fire is weakest after the sunset, and having a heavy dinner at night is burdening our system and also hinders sleep. So, we would recommend you control your calorie intake after sunset.

Here is a diet plan that Jay B follows according to his interview with the Harper Bazaar.

We would recommend you to take inspiration out of his routine and follow it only if this suits your body.

JayB likes the classic Burger and Pizzas on his cheat days. He also loves a good alcoholic beverage occasionally. But his favorite meals are all Korean and he loves local foods.

That’s all for JayB Diet Plan.