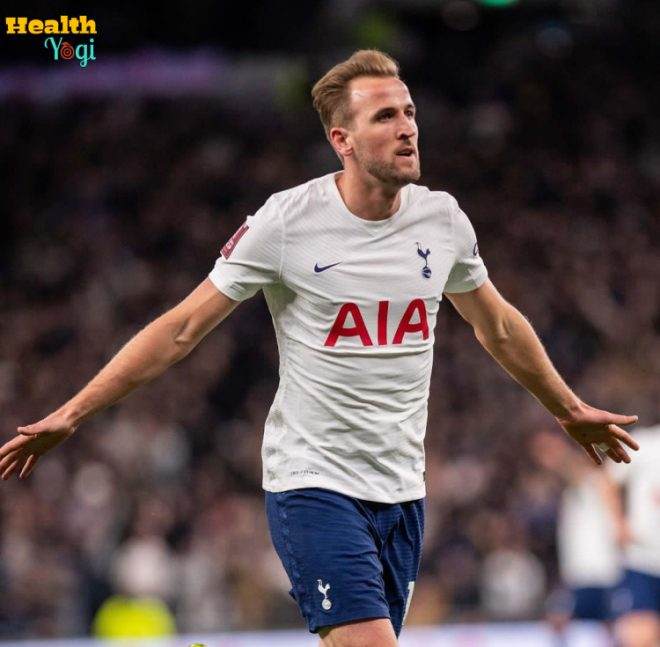 Harry Kane Workout Routine and Diet Plan: Football lovers always hurry to see this young man’s striking goal. I am talking about Harry Kane, a well-known striker known for his link playability. Kane serves as the captain of the England National Team and plays for the premier league club Tottenham Hotspur. Kane’s striking skills are remarkable and dangerous for the opponent. His agility and sync play is hard to tackle by Many professional defenders. The way he swiftly moves between the gaps is just magnificent.

Striking is no easy job. It requires speed, agility, and the skill to analyze. However, some players like Harry Kane have just conquered these skills. Harry is so rash with his gameplay that he got prone to a hamstring where he had to take a break from his striking and go to rehab. After returning to shape, Harry returned stronger and resumed his striking by scoring a goal against the opponent. Unbelievable skills have let Harry Kane get his position. Well, there is something that Harry Kane focuses a lot on it is his diet plan and workout routine. Stay tuned to learn about Harry Kane’s workout routine and diet plan. 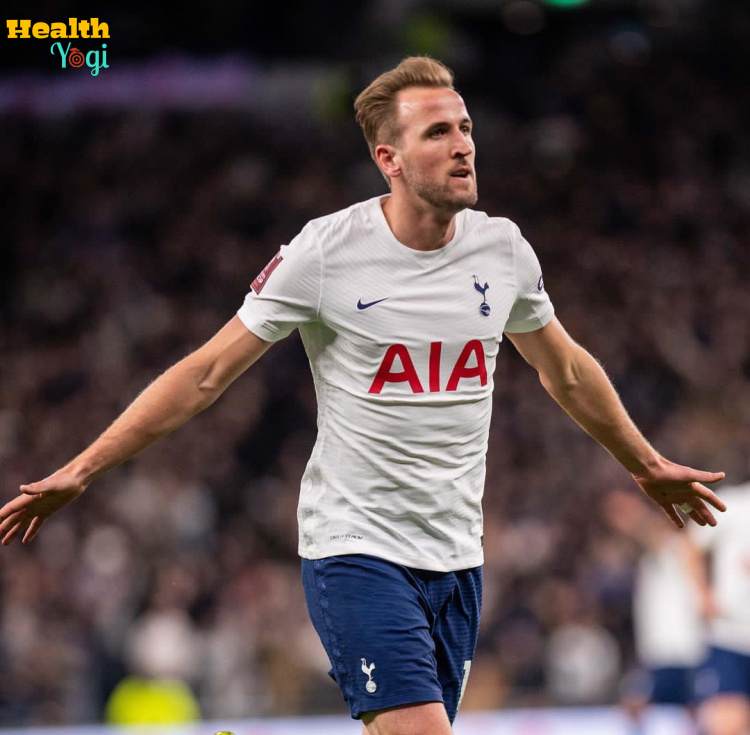 Harry Kane is good at link-playing. He analyses the field, so his teammates are always stunned to see his management. Kane has never disappointed his team. He always tries to learn more and improve his speed. He once said that his roots are connected to football. His grandfather from his mother’s side was a decent-level footballer, and his footballer’s genes have been passed on to Harry. Despite such excellent international goal scores, Harry still likes to learn about striking techniques and watches Christiano Ronaldo videos on YouTube.

Harry spent a lot of time practising and polishing his skills. But what is it that has made him stand out in such practice? It’s none other than the Harry Kane workout regime. Yes, Harry Kane follows a proper workout routine that helps him increase his stamina and strength. Thanks to his workout Harry is so energy packed that he never washes out of power on the field. To build a life and look like Harry Kane. Health Yoga is here to help you by giving Harry Kane the ultimate workout routine that even you can follow. 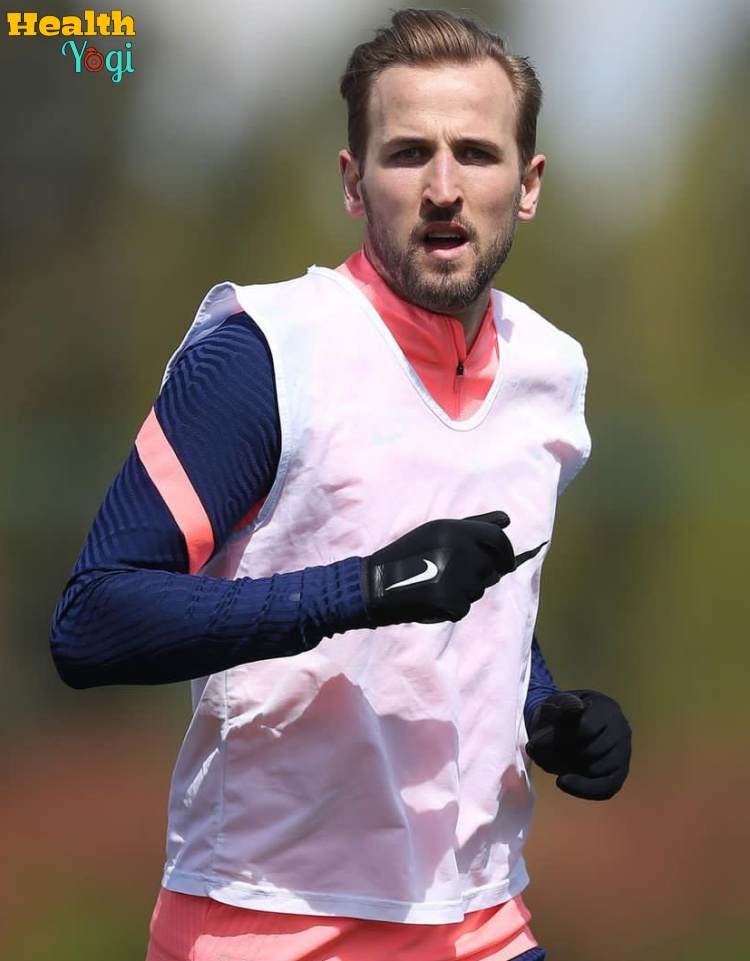 Health yogi has Harry Kane’s home workout routine that you can follow to look like him. Working out doesn’t mean going to the gym. You can also do it at your home. To help you look like Harry Kane, we have compiled a workout plan you can follow.

Mountain climber pushups are a compound exercise that trains the core and chest shoulder triceps muscles. You can do it for four sets of 10 reps.

This exercise focuses on the lower body and core. It can help you increase your jump height. Harry Kane does this exercise to improve his jumps for headers.

Plank pushups are another compound exercise that creates an impact on your upper body and lower body. This exercise will help you strengthen its core.

This exercise is highly recommended to strengthen your lower body. It supports the glutes, hamstring and quadriceps muscles of the legs.

Shoulder taps increase shoulder mobility and give it roundness. Which can help you look like Harry Kane.

Free kick training is fixed in Harry Kane’s schedule. That helps him get a hold of his kicks and improves his stamina.

Harry Kane does a high-intensity boxing session; it helps him release his stress and increase his power. Boxing sessions can help you gain maximum mobility.

Cardio is a part of Harry Kane’s lifestyle. Harry needs to focus on stamina. Harry goes for cardio sessions like running and walking to increase his energy. He does running to increase his velocity and moves smoothly between gaps.

Diet plays a vital role in Harry Kane’s performance. The diet helps him recover faster and improvise his strength. Harry is so obsessed with a diet that he has hired a full-time chef who prepares nutritious meals. Harry met with an injury in 2020, but you know what helped him recover faster from his injury? Thanks to his healthy meals, he was able to recover faster. Therefore, diet is essential alongside workout. But, if you can’t follow proper quantified nutrition, you can try eating clean foods with high protein. 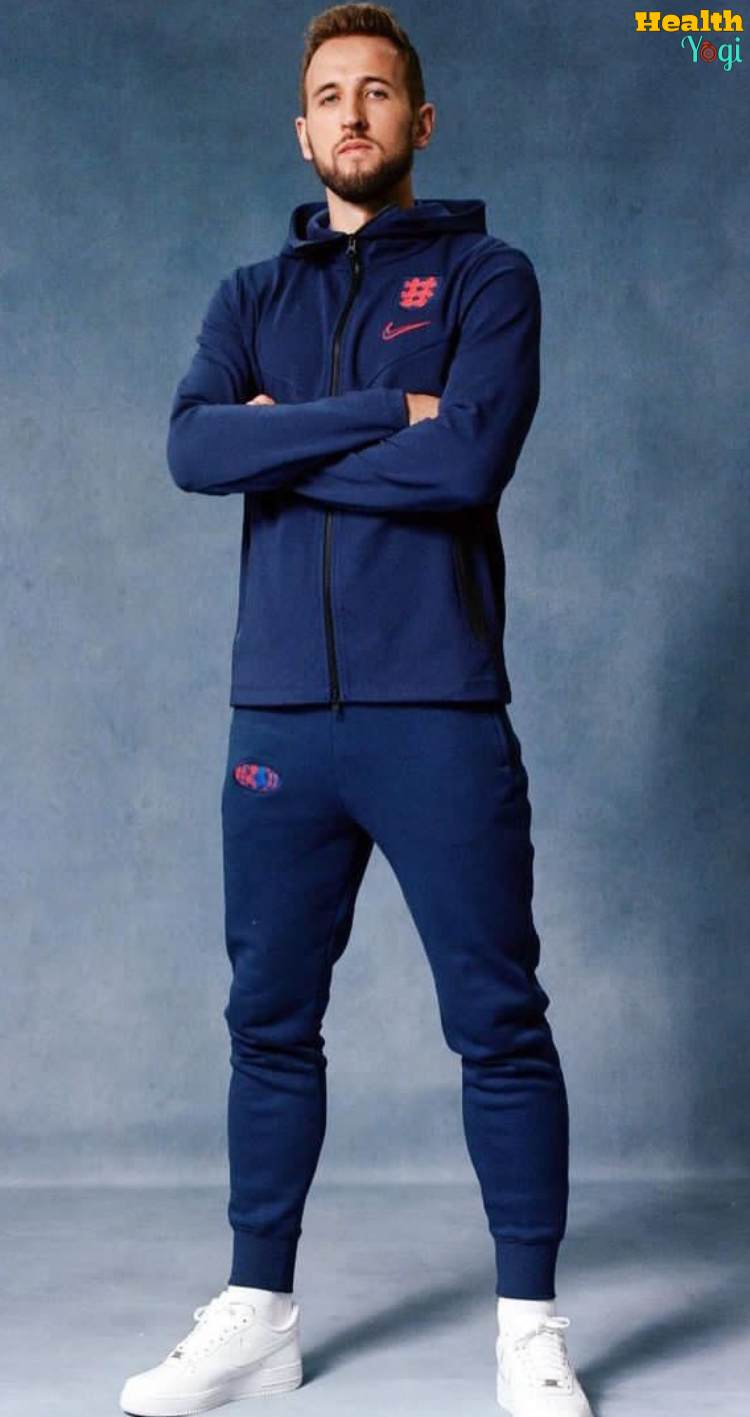 Is Harry Kane a vegan?

No, Harry Kane is not a vegan.