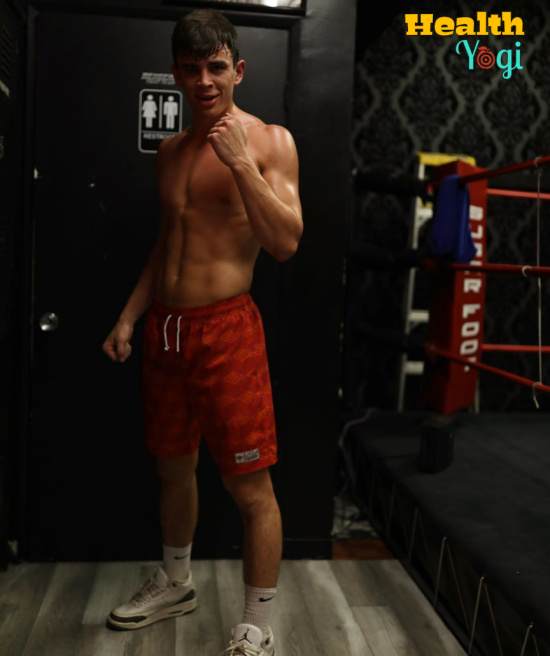 Hayes Grier Workout Routine and Diet Plan: Hayes Grier is a social media influencer and a YouTuber known for his famous vines and funny videos. These days he does different things like making vlogs and lifestyle videos. Hayes also has starred in two TV shows, Freakish and Dancing With Stars, and other than all this, Hayes also has written a book called Hollywood Days with Hayes.

So yeah, he does quite a lot, although these days, he is getting known for his incredible looks and the way he has bulked up in this quarantine season. So if you are also looking for the Hayes Grier workout and diet plan, then go nowhere.

Hayes Grier is one of the fittest and the most active YouTuber you will see; Hayes and Nash, both brothers, are known for doing different things that include physical activities and other sports. If you see the Instagram account of Hayes, you will see him doing sea diving, biking, playing football, surfing, etc. All these activities do play a massive role in his fitness and health.

Hayes said in one video last year that he doesn’t do any kind of workout and just stays active; of course, that time, he was not ripped or bulky. However, now he has started doing strenuous and regular activities. Hayes Grier is also doing many other things that include weight training and boxing; you can check Hayes’ post showing some boxing moves while sparring. After searching for some more information, I found out that Hayes also does farming and stuff in his family house.

Hayes posted one of the farming workouts here in this video, where he is doing different things like rowing, wood chopping, etc., with his mom. So yeah, all these things are keeping Hayes fit and healthy. So now, as we have learned what Hayes does, let’s go and check a routine that you can follow to get a body like Hayes. 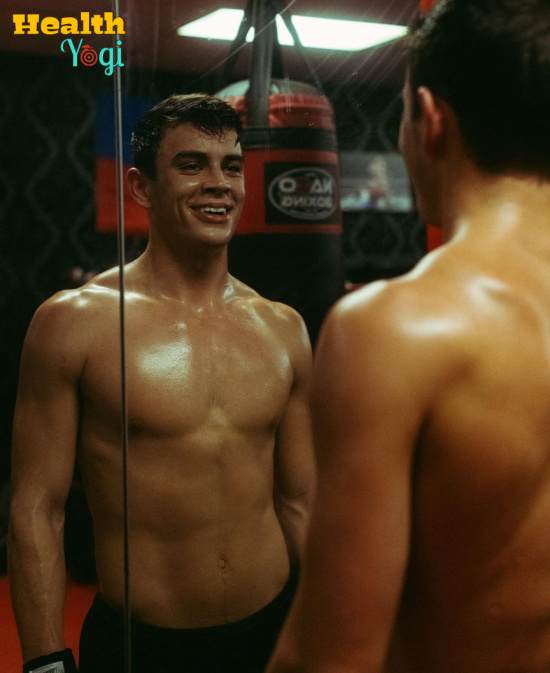 Hayes has shown that he does much boxing and stays active, which works as a cardio workout. So we are also going to do cardio and boxing workout alternatively for about 35 to 50 minutes. This workout will help us gain stamina, burn many calories, and tone our body while exercising. You can also add 10 minutes of abs routine at the end of the workout to get the best results.

We will do a simple but relatively effective workout for the weight training routine that will help you bulk. However, you need to make sure you lift heavy weights and don’t do more than eight reps in every exercise for the best gains. Train different body parts every day and make sure you do six activities for each body part and three sets for each exercise. You can follow this order:

That’s all for the Hayes Grier workout routine.

The diet plan of Hayes Grier was not easy to find; there are different kinds of things that were said so that I couldn’t believe any of the sources. Now, some also declared that Hayes is a vegan, and when I tried to find out if it is real or not, I wasn’t able to get any legit announcement by Hayes about him being a vegan. However, I did find out that Nash, his brother, is vegan.

Looking at Hayes’s bulk and recent transformation, we can say that he increases his diet and supplements’ carbs and protein. That doesn’t mean that he doesn’t have cheat meals; Hayes also loves to eat outside sometimes and enjoys a hamburger, pizza, and other foods. Hayes also loves to drink a lot of water throughout the day. Now that we know a few things about Hayes’s diet let’s check out a plan which you can follow to get a body like Hayes.

That’s all for the Hayes Grier diet plan.