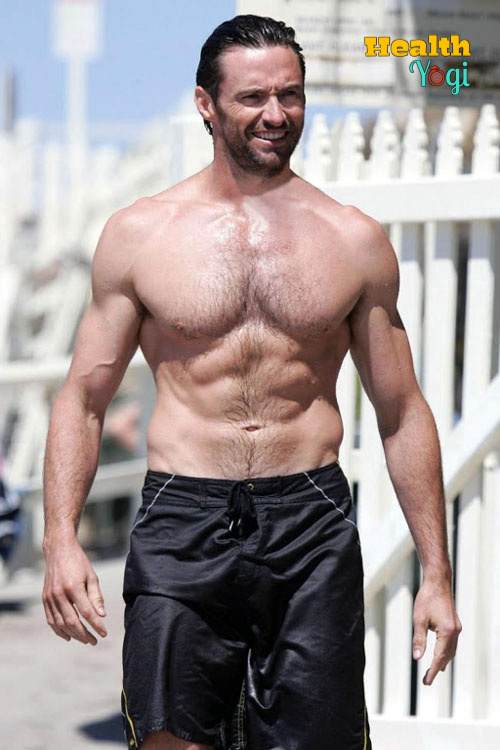 Hugh Jackman Workout Plan and Diet Routine: Hugh jackman is an Award-winning Australian actor who is well known for his acting career in Wolverine as Logan. However, before landing that role, he already had an A-List Hollywood Career, having appeared in movies like X-Men. His character on Wolverine is the longest-running Marvel Superhero on the Guinness World Record. 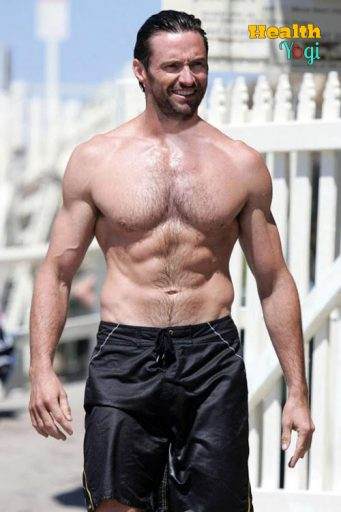 If you’re a fan of Wolverine, you’ll agree that Hugh Jackman fitness has been outstanding in all movies. That’s mainly because of the training program he followed while preparing for the film. This training program is widely known as the ‘Wolverine Program’. And it was designed by a UK-based trainer, David Kingsbury.

That said, let’s find out what Hugh Jackman workout and diet plan entails!

Jackman didn’t necessarily stick with one trainer or fitness routine, since has played the Wolverine role for 17 years. However, his intense muscle gain was due to the specific workout routine created by David Kingsbury. David broke Jackman’s regimen in 2 phases, that is, bulk & cut.

The bulk phase involved calculating the number of calories needed to give the actor the leanest muscle gain possible. Moreover, David used a combination of intervals and low-intensity workout programs. This was intended to keep the fat levels down, as Hugh was bulking up. As for the cut phase, David adjusted the amount of cardio Hugh performed and his caloric consumption. However, he maintained Hugh Jackman’s weight training. The goal of this workout was to keep Jacknman’s body fat low while improving his muscle strength and size.

Also, Hugh Jackman workout plan heavily encouraged progressive overload. This involves a gradual increase of the weight lifted during the workout to ensure consistent strength gains. Hugh Jackman’s program was broken down into a 4-week schedule. In the first 3 weeks, the Barbell Bench Press, Weighted Pull-Up, Deadlift, and Back Squat were adjusted.  While the weights lifted were increased every week. 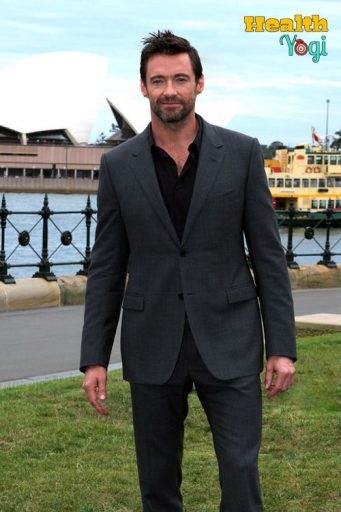 The Wolverine program was as follows;

The Wolverine routine involves resting on Saturday and Sunday. This allowed Hugh Jackman body to recover after the hard work. However, light cardio workouts like walking on a treadmill without handles may be a good option during rest days. It will help with faster muscle recovery and circulation.

As you can see, the Wolverine workout plan entails almost every exercise one can think of. However, progressive overload and weightlifting were the main focus right from the start to the end. As I stated earlier, Hugh Jackman worked in 4-week schedules, increasing the weights after every week. And performing higher reps and reducing the weights in the 4th week.

With that in kind, the main lifts he performed during each 4-week schedule were;

This is all about Hugh Jackman workout routine.

In addition to the Hugh Jackman Wolverine Workout, David Kingsbury designed his diet routine as well. The diet plan mainly focused on macronutrients and calories. Although the diet was different for various phases, it always followed one nutrition principle. That is low carb foods on rest days and a high carb diet on weight training days.

That said, here is an example of means that the Wolverine star consumed on training days;