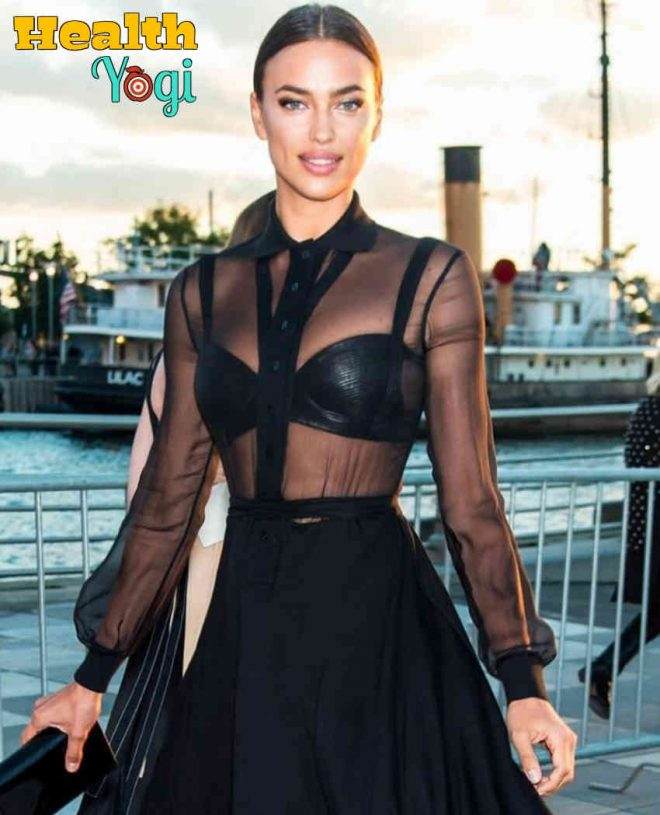 Irina Shayk is one of the most famous models in Russia and has worked worldwide. Many fans love her body physique and want to look like her. So if you also want the Irina Shayk workout and the Irina Shayk diet plan, keep reading.

Irina Shayk is quite a famous model known for her shows and movies. Many people would have seen her in Hercules with Dwayne Johnson and many fashion shows and shoots. Irina Shayk has one of the best body physiques, and she was able to get her back in that incredible shape after giving birth. Like any other mother, Irina Shayk also gained some post-pregnancy weight, but luckily, she could get rid of that and get back to her incredible shape.

Now, if you also want to know how she did that and what workout routine helped her lose all that weight, then keep reading. After searching for a while, I found an article from ELLE that summarized many interviews and information to talk about her workout. In that article, you can see that Irina Shayk stated that she loves working out. She does a lot of intense workouts like boxing, a bit of jiu-jitsu, some cardio training, and barre workout when she is traveling.

Irina Shayk, later on, mentions that she loves doing cardio but hates traditional cardio. Especially running, she wants to sweat out, but not with running. Also, Irina Shayk stated that for jiu-jitsu, she tries to do it at least four times a week, as there are just so many possible moves in jiu-jitsu that she can be consistent with the workout. If we talk about turning all of this into a routine, I think I can do something for you. We will be working out six days a week, and on Sundays, we will go out hiking. 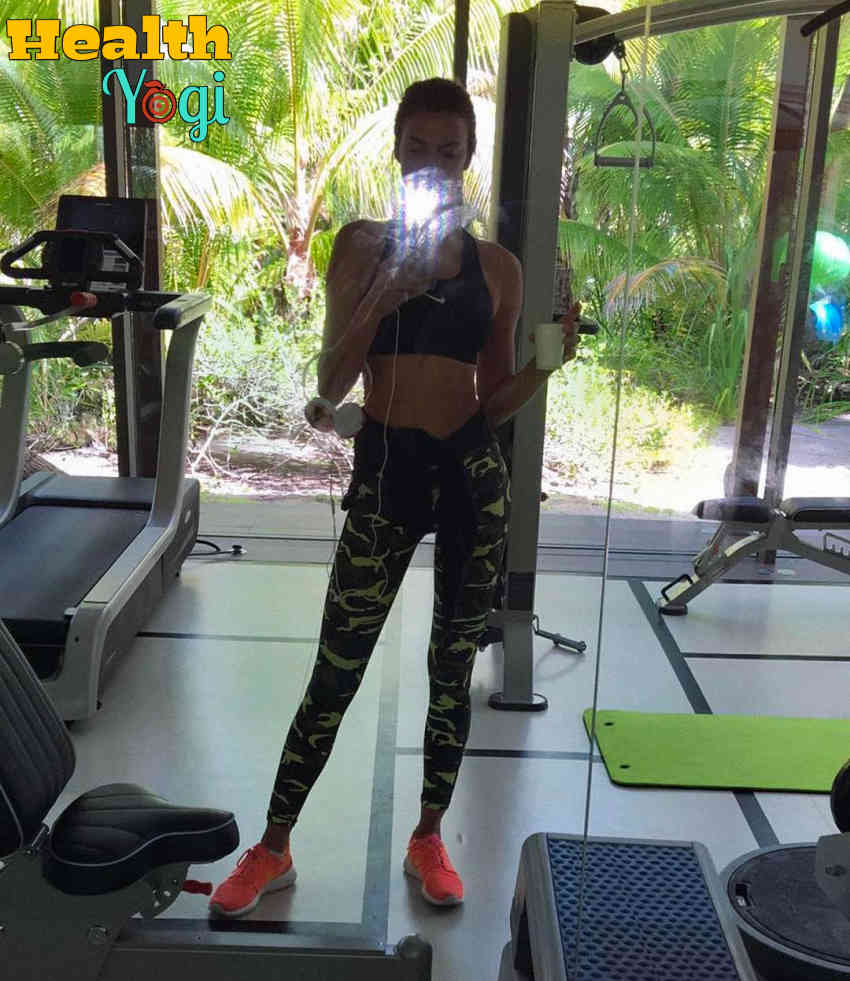 We will start the routine with cardio workouts. I recommend HIIT training since Irina Shayk hates running and doesn’t want traditional cardio workouts. The exercises that we will be doing in the HIIT routine will be the rowing machine with a battle rope. You will be doing 1 minute of rowing machine and then switching to 30 seconds of battle rope and resting for 3 seconds back and forth for 20 minutes.

Now, after you get done with cardio, we will be doing an hour of Jiu-Jitsu; I’m not that well knowledgeable in the field of martial arts. So I would suggest you go and join a fighting gym as you won’t be able to practice jiu-jitsu without proper instruction and equipment.

For two days, we will also add some boxing to our routine. As that’s another thing, Irina Shayk likes to do while working out. So we will be doing 30-45 minutes of boxing twice a week. You will be able to find the boxing bag and other equipment in the jiu-jitsu gym, so you don’t have to join another class to learn how to box.

That’s all for the Irina Shayk workout routine.

Irina Shayk mentioned in an interview that she has a high metabolism, so she doesn’t gain weight quickly and can eat what she wants. Irina Shayk later says that she enjoys food but keeps it balanced. However, when there is a shoot soon, she would eat healthy meals and follow a clean diet with salad, soup, steamed fish, grilled veggies, etc. So I suggest you all follow her clean diet, as not everyone will have high metabolism like her. 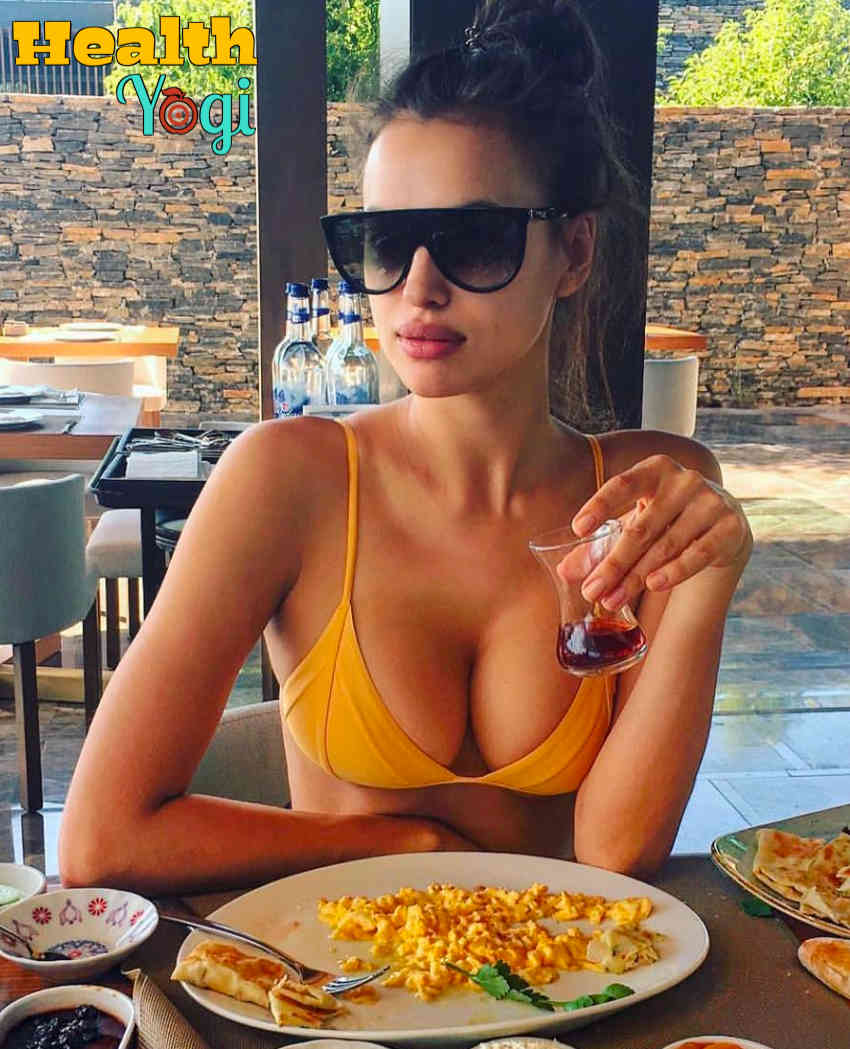 Is Irina Shayk a Vegan?

No, Irina Shayk is not a Vegan.

That’s all for the Irina Shayk diet plan.