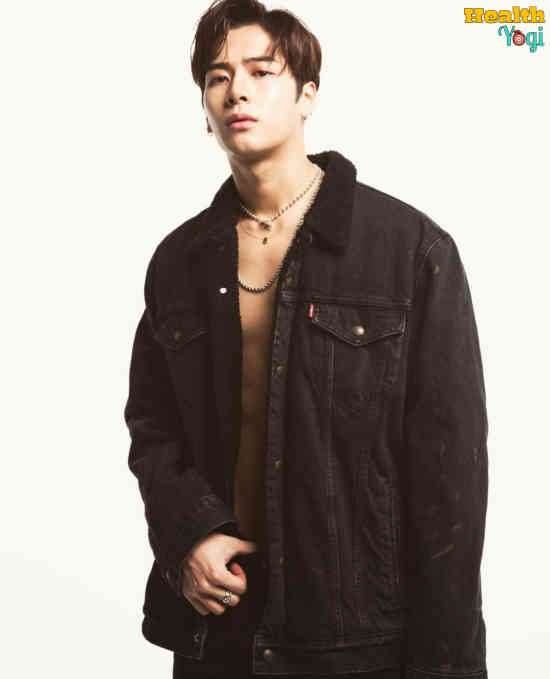 Jackson Wang Workout Routine and Diet Plan: Jackson Wang is a South Korean singer and member of the Kpop group GOT7; I love the group, and the last album was super good. Jackson also does solo and has his label in China, which he runs on his own with his team.

Other than that, he is a full-time Jackson Wang of the GOT7 group. You may have even seen Jackson many times worldwide shows and interviews. Jackson also gets recognized for his body; I would say he indeed has an incredible body physique. So if you also want to know the Jackson Wang workout and the Jackson Wang diet plan, keep reading.

I know the first thing that you must be thinking that no way Jackson is just 67 kg. Well, whether you believe it or not, he’s super lean, and that’s what every Korean idol is like in Kpop. You will see 6 ft stars with a weight of 70 or 73 kg as well. The Kpop industry takes weight and physique seriously.

Without being lean, you cannot get a chance to be in a group or debut. The slim physique is as essential for them as the talent. Now about his workout routine, Jackson is relatively healthy, and he is gaining pure muscle mass; around 2017, Jackson was just 60 kg, and then he started working out and gained 5 kg of weight by eating bad, but quickly he lost that weight as well.

Since that time, everyone has seen him in a beautifully lean and ripped body shape. To achieve that fitness level, Jackson does lots of dance workouts like any other Kpop idol. He’s also performing in China, doing various solo songs. So dancing is a regular part of the activity, other than that, he does go to the gym.

Jackson told his emergency workout details in a V-live that Kpopherald covered in their article. Jackson explained that he does stretching, then runs on the treadmill for 40 minutes, then after a while, he does 30 minutes more of stretch and running. Now in another V-live covered by Channel Korea, Jackson explained his gym workout that Jackson does.

Usually, he will be going to the gym and doing single or double body workouts, but he explained to his fans how he developed specific muscles in that video. Now, I’m sure you guys can do a cardio routine like Jackson by switching speed between those 40 to 60 minutes of running. So I will give you a weight routine that will help you get a body like Jackson. 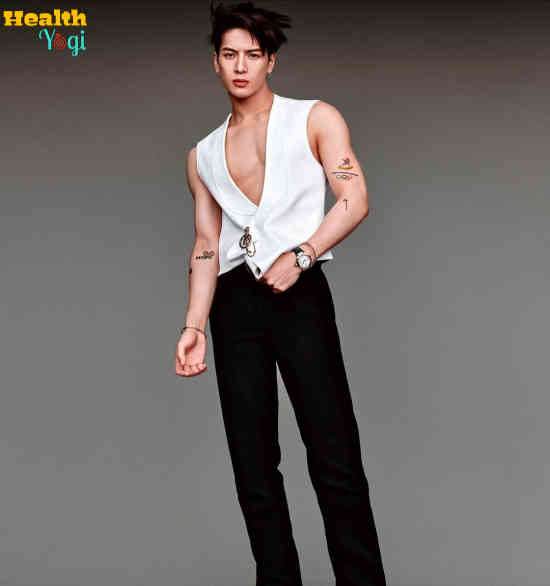 That’s all for the Jackson Wang workout routine.

In both lives, Jackson has said that he eats lots of healthy foods, lives on veggies, drinks water, and takes vitamins. His diet is mostly eating chicken, salmon, veggies, eggs, etc.

Jackson also said that once he takes vitamins for a week, he makes sure he is not taking them next week. Regularly supplements can damage your liver. Now, let’s see a diet that I think would be good for getting a body like Jackson. 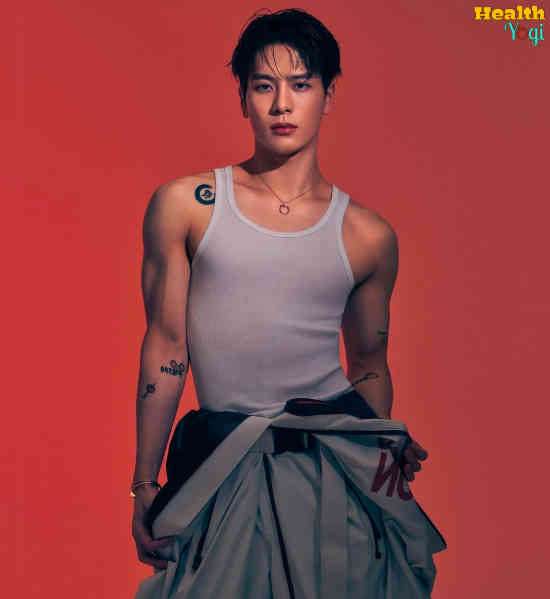 That’s all for the Jackson Wang diet plan.