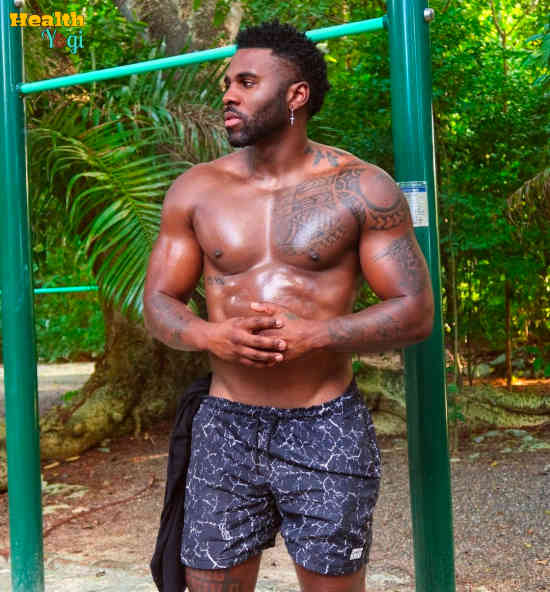 Jason Derulo Workout Routine and Diet Plan: Jason Derulo is a singer, songwriter, actor, and dancer known for his songs and many hit albums. Jason also has appeared in many TV shows and talk shows and even been a judge on the most famous dance show called So You Think You Can Dance. His acting career just kicked off in 2019 with his movie cats. 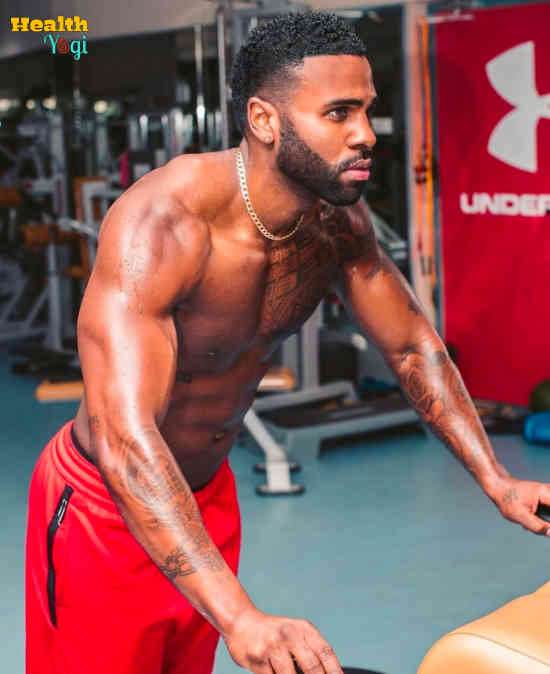 Jason Derulo loves to workout, and in many interviews, he has stated that he was always into fitness from childhood. There are many videos of Jason Derulo working out with different fitness influencers like Pamela Reif, Tristyn Lee, etc. Now I tried to find out most of the things about his workout routine, and apparently, it was not that hard to find.

Jason used to fit from childhood; he started running through the blocks when he was a child and saw some fit and beautiful girls doing the running in track. Then Jason joined the track team and stayed there for a while, and enjoyed his time. Sadly, in 2012, I guess, Jason’s neck got broken, and for seven months, he could not work out or do any activity at all.

However, after seven months, when he started getting fit, he just never stopped after that point. Now about his routine, well, we all have seen Jason listing golf carts and doing deadlifts with them, pulling Jeeps for a workout, and doing different things. All of that is just part of his routine, but there are two things that Jason regularly does in his training.

First is boxing, and then it’s weight lifting, and yeah, he likes to work out every day. He even stated that in an interview with GQ. The only time Jason cannot work out is when it’s some situation that’s stopping him, like traveling, shows, etc.

In that interview, Jason Derulo also stated that he likes to work out in two sessions one is in the morning that goes for about an hour, and then in the evening, which goes back 45 min. Jason also said that he loves to workout with his cousin, who is somehow a trainer/rival for him as they are super competitive.

He doesn’t feel comfortable and right when working out with other trainers because of a lack of competition and motivation. That’s where his cousin comes in as a rival, and they both get better. So yeah, if you also want a body like Jason, you should stick to doing one hour of weight training in the morning and then in the evening do 45 minutes of HIIT and boxing workout.

That’s all for the Jason Derulo Workout Routine. 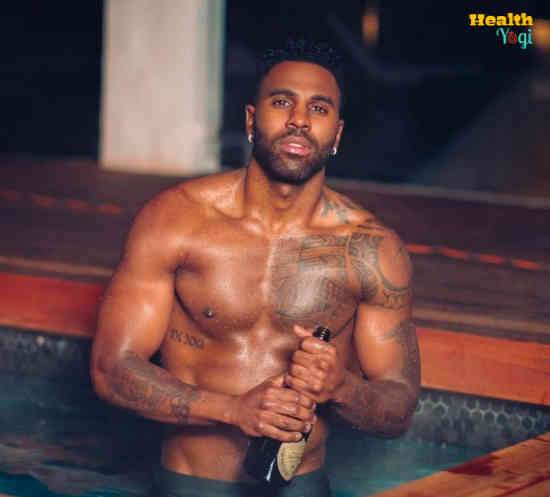 The diet plan Jason is super clean and healthy. He doesn’t like to eat food that will get him super fat, as it’s not easy for him to lose weight. Jason also does intermittent fasting and doesn’t eat breakfast because of that. So his diet starts with lunch to dinner, in which he consumed around three meals maximum.

Other than that, his diet is organic and keeps on getting changed by his preferences and chef ideas. Jason has also tried to be vegan, vegetarian and has even tested being a pescetarian. He likes to experiment with the foods; that’s why he even drank a salmon protein shake for a while. However, currently, Jason focuses on eating lots of eggs, protein. So mostly, he would have chicken, salmon with his veggies, and his protein intake is relatively high. He tries to eat at least 190gm or above protein every day.

That’s all for the Jason Derulo diet plan.