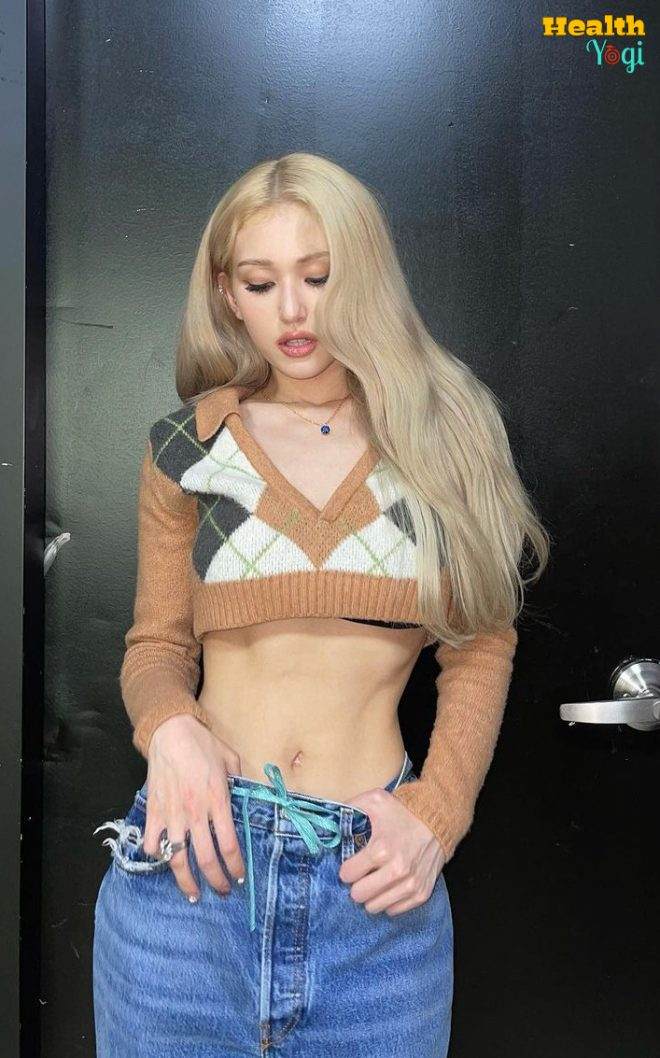 Jeon Somi Diet Plan and Workout Routine: Jeon somi, also known as ennik somi Douma, is a Canadian-born k-pop artist who has created a massive impact through her tremendous singing skills. Jeon, from her childhood, was an artistic person. She always liked listening to songs until she tried singing, and when somi did, she never stopped. Somi has traveled way harder for her current position with millions of fans over the globe somi has established herself on a different level. Despite such fame, Jeon is very kind and compassionate. Her main motto is to serve her fans through her awesome music and vocals. While working with a group for some time, Jeon thought of giving singles and has continued single since then. Jeon has signed to the subsidiary of YG entertainment, black label. 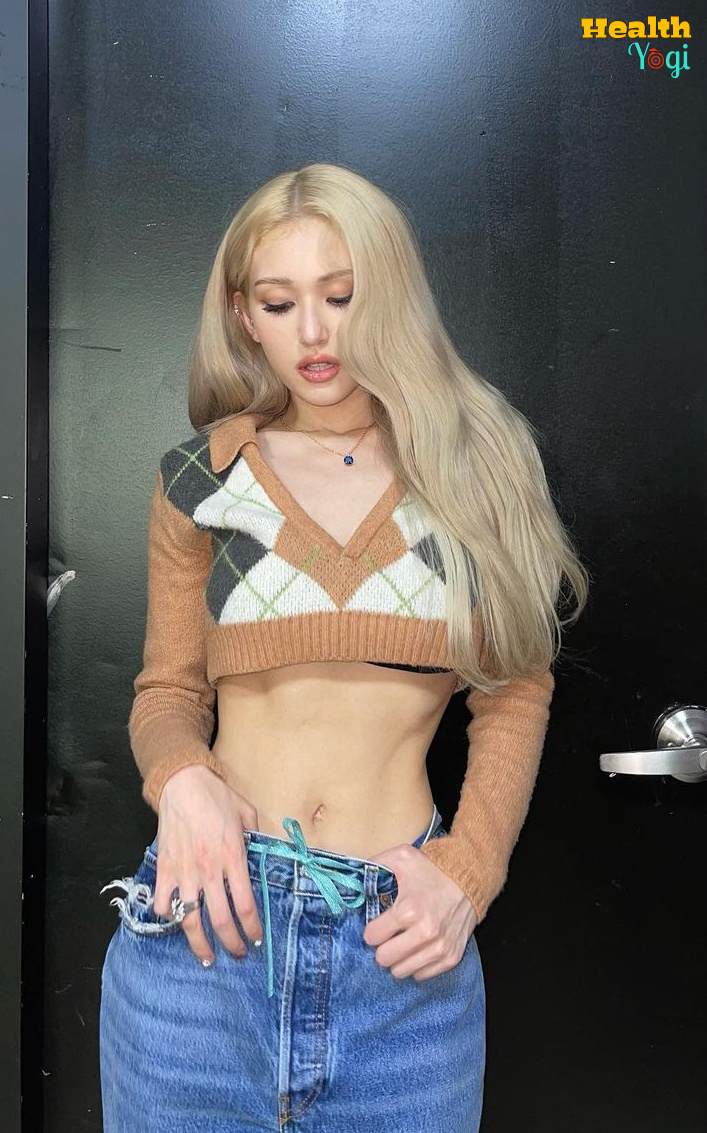 Somi’s XOXO album has broken many records. While somi is perfect at releasing such bangers, her fans are always much-awaited for her new songs. It doesn’t matter how fast she releases; it’s never enough. But there is something that has pleased her fans. It is her beauty and physique. Her physique is so pleasing that no one can take their eyes off her. Somi’s MV’s are one of the most viewed online music videos. Many of us question what workout routine and diet plan Jeon Somi follows. Don’t worry. Health yogi is here to share jeon somi’s secret diet plan and workout routine that has helped her stay fit.

Jeon somi has always been a shining k-pop artist her songs are played worldwide. One of her single releases, “dumb dumb,” has been an all-time famous hit; this song has gained millions of views; apart from the music production, fans were surprised to see the queen somi’s comeback. On social media, her fans went crazy over Jeon’s unique looks in the Dumb Dumb MV. Somi’s looks are always a hot topic on the internet people like to see her being bold and hot in her music videos. However, this is mainly because of her aesthetic and slim physique that many of us like to see. 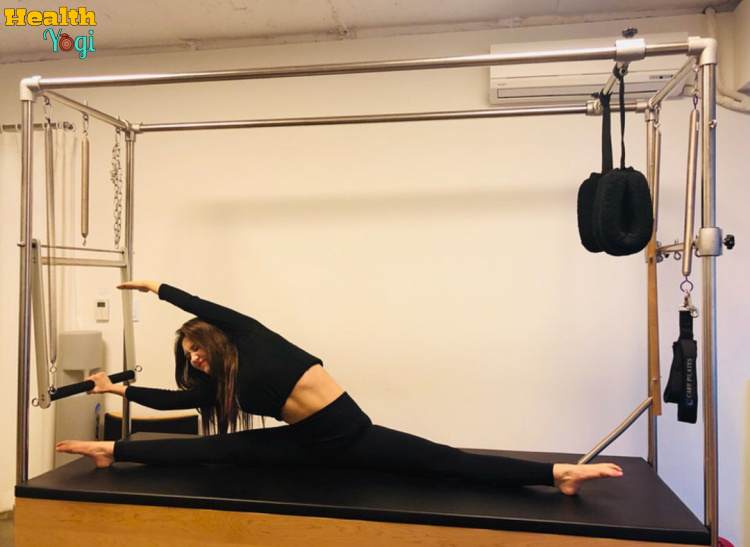 But do you know what helped her conserve this physique?

It’s Jeon somi’s workout regime. Yes, somi is an active person. She always likes to do something for her body, and why wouldn’t she look at her physique, so slim and attractive. Her Instagram posts are flooded with photos in different aesthetic outfits where she flexes her abs and toned physique. Somi’s workout routine is a lifesaver for her, so now let us discuss the workout routine of Jeon somi that even you can implement. Keep scrolling to read more about Jeon Somi’s workout schedule.

Pilates is like a benchmark workout for k-pop idols, including Jeon somi.

Is Pilates overrated? No, Pilates is beneficial. They hold considerable significance in the workout routine of many celebrities.

What is Pilates? Pilates is nothing, just a set of exercise techniques usually based on body weight; however, you don’t gain a lot of muscle using Pilates; instead it strengthens the muscles and makes your body look stiff and slim. That’s why k-pop idols like Jeon Somi love doing Pilates in some of her Instagram posts; she shared pics of her doing Pilates, damn! Those posts define her flexibility so much. It’s all thanks to Pilates that she can always stay in her peak form. If you are wondering, 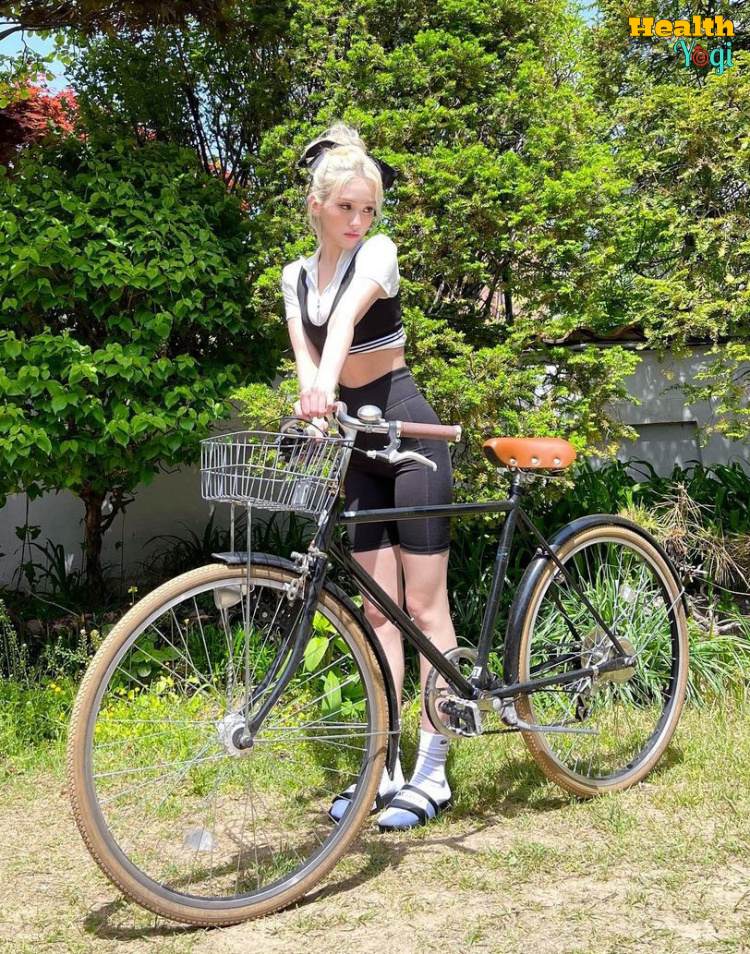 Can Jeon Somi do calisthenics? Then let me tell you that she can but has never tried. She is very compatible with her body weight. So, she can do calisthenics, or maybe she may have done.

It’s unbelievable how Jeon somi is so flexible, but the reason for her flexibility is her years of taekwondo training. I was stunned after knowing that she has even aspired for the taekwondo 4th-degree Black belt test and has successfully attained the honor of black belt. Jeon has trained for over 13 years; some rumors say she can take down anyone fiercely. After knowing about her so much, Jeon has created massive respect in our hearts.

What inspired Jeon somi to do taekwondo?

Jeon somi’s father is an ex-actor and a 4th-degree Black belt holder. Jeon always wondered about being like him, so she started training under him. 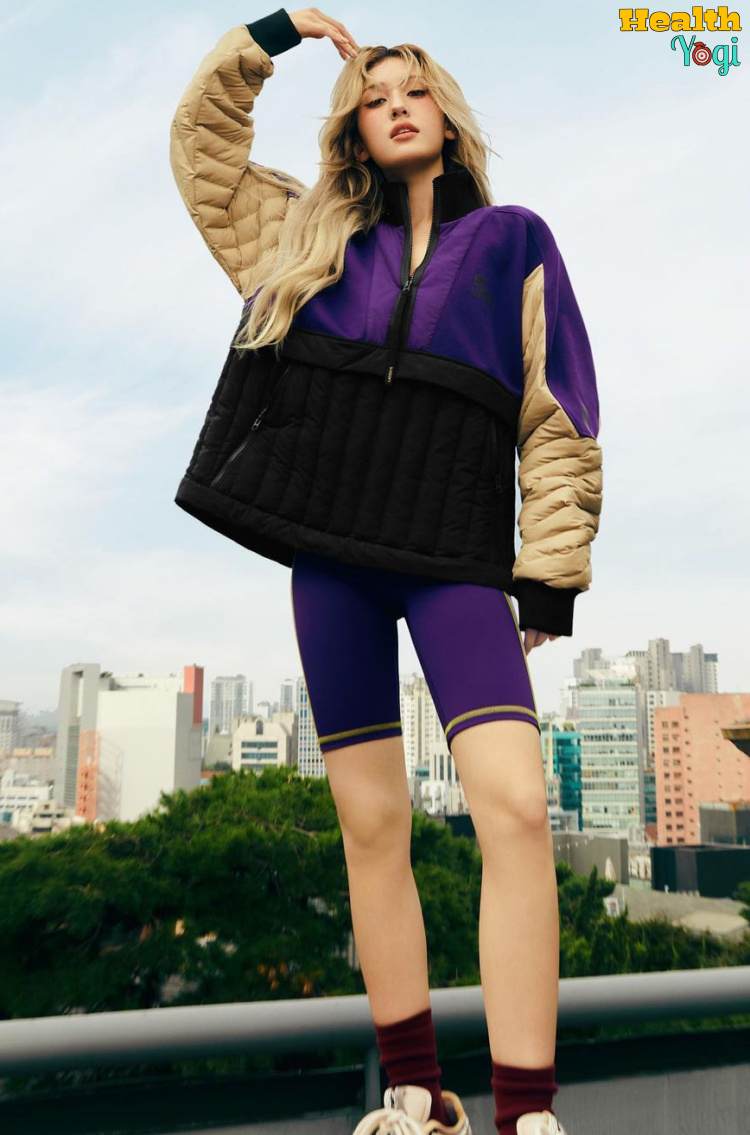 The first step you can take to train like her is to create an active lifestyle; by active lifestyle means taking a step toward a healthy lifestyle; how can you do this? By increasing your walk and doing some body weight training. And, if you are willing to train like jeon somi, then you can start it now itself by doing basic Pilates (which you can find on the internet) and practice punches and kicks. There you go; make sure you try this for a month and witness the change yourself.

Jeon Somi diet plan includes, Jeon was so desperate to enter the k-pop world that she went on a strict diet to lose 10 kgs; however, the diet she followed was void and endangered the body. She legit ate a banana for her breakfast, lunch, and dinner, and the outcome she got may be compatible for her, but it’s not at all recommended following this diet, it will reduce strength and make Jeon weak. The practical and healthy way to lose weight is to calculate your TDEE (total daily energy expenditure) and reduce up to 100-200 kcal from your diet. Make sure to add 1.6 gm protein per kilogram of your body weight. You are set to set your diet and achieve a slim physique like Jeon somi. 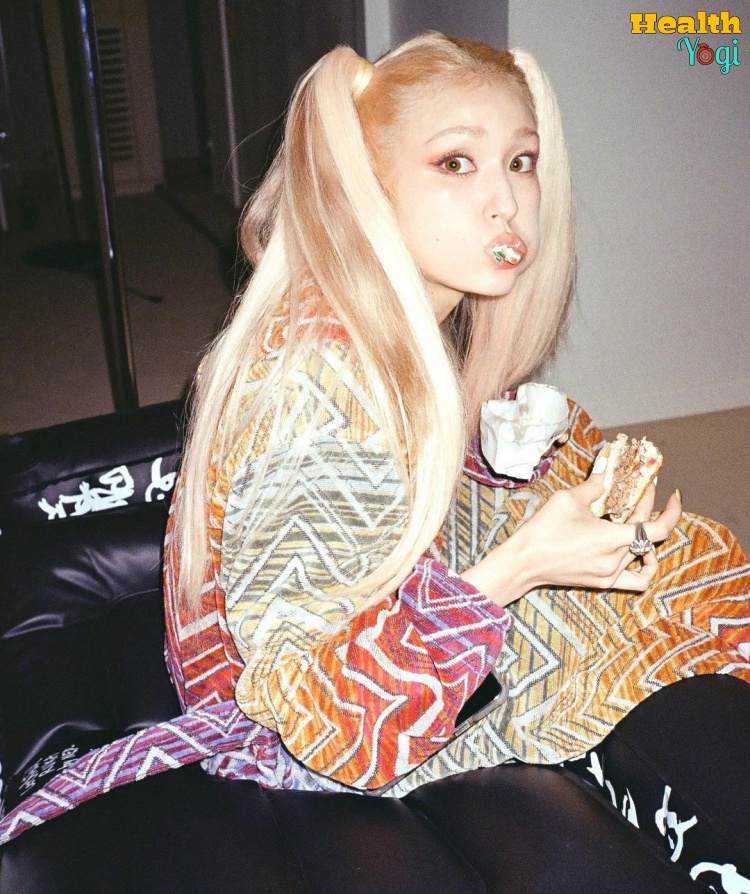 Is Jeon somi a vegan?

No, Jeon somi is not a vegan.