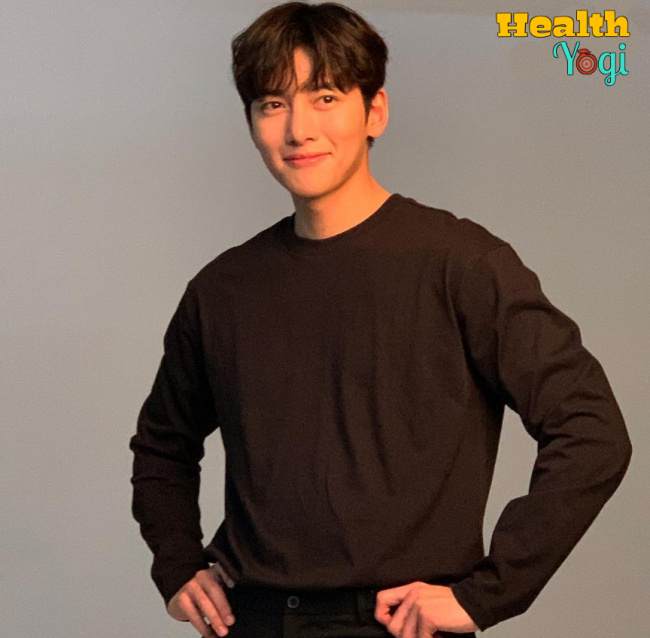 Ji Chang-wook Workout Routine and Diet Plan: Ji Chang -Wook is an extremely versatile and talented actor. But oh boy! He has been blessed with an amazing body as well. From being in Action movies like ‘Fabricated City’ to romcoms like ‘Melting me softly’; the actor has repeatedly proved his mettle as a performer. Not just that but his body has been an inspiration to a lot of fitness enthusiasts as well.

So, if you too want to know everything about Ji Chang-wook Workout  Routine and Ji Chang Wook Diet Plan then follow along.

Ji Chang-wook may not be an extreme fitness freak but he maintains the shape of his body pretty well. Here is a list of workouts that he has included in his workout routine over the years-:

Ji Chang-wook plays Soccer for an official football team called F C MEN. This is a subset of the professional Suwon Bluewings soccer team. He plays as a striker in the team. It is said that he always wanted to pursue Football as a professional but he somehow could not. Yet, even now he has maintained his love for football by including it into his workout regime.

You should also play any of the team games of your liking. This will not only help in toning your body but will be a form of Aerobic exercise and improve cardiovascular health. Thus it is a go-to cardio workout if you don’t enjoy machines much for workouts.

The action drama K2 has been the toughest for the actor. In this series, he flaunted his perfectly chiseled physique and even had to lose a lot of weight. For the action sequences, he also had to learn Martial Arts and perform his stunts without a body double. In fact, videos of his tough training are being surfaced on the internet and he is being widely praised.

Martial Arts is an excellent body toner and promotor of strength and flexibility. It trains the reflexes and improves stability, providing fantastic overall physical wellbeing.

The actor has trained very hard for his role in K2 and he had to pay special focus to Stamina training. This he did through various exercises;

Some of them are listed below-:

A quick Google search will tell you the amazing benefits of rope jumping. Chang Wook took to rope jumping in order to gain endurance and stamina for his role on K2. Even in his real-life fitness, Ji Chang Wook is often seen involved in endurance activities like hiking and camping.

The gain in endurance means a better capacity to exercise longer which results in more fat loss. So endurance sports of your liking must also be added to your workout and you will definitely see better health overall. 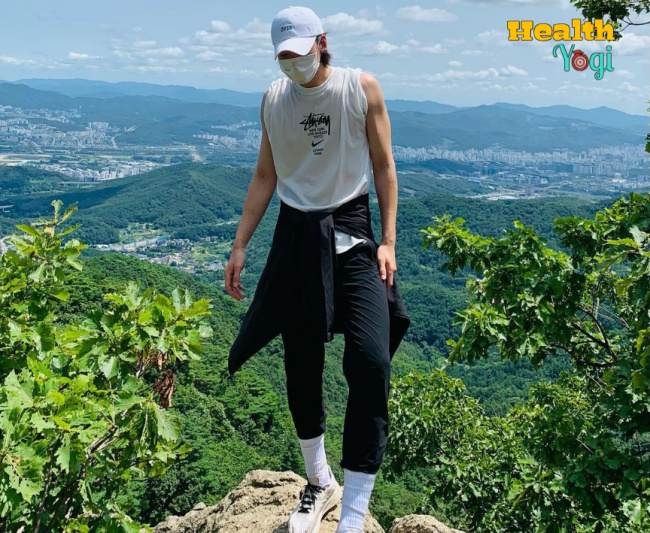 Ji Chang Wook has often talked about his soccer love and soccer involves a lot of running. Similarly, during his practices for the stunts, Wook took to Running for his stamina training.

Running has been an important part of Ji Chang Wook’s weight loss plan too, which he did for Five Fingers.

According to some information on the website, Ji Chang Wook lost about 10 kgs for his character in Five Fingers. And Running was an important part of this. Ji Chang Wook considers exercise as a way of dealing with stress. So it suggests that we must regularly exercise to remain mentally sound and strong.

This is all about Ji Chang-wook Workout Routine.

Ji Chang Wook has been a symbol of active masculinity with a highly fascinating and handsome personality. But one thing that’s soo endearing about him is his not-so-strict and freaky attitude towards a  so-called ‘perfect body.’ In a recent youtube video of his normal daily life, he is seen sneaking a loaded meal in the midst of his diet and later on regretting the same.

In fact, he has often said that he does not follow any strict workout and eats what he pleases once in a while. Still, we would suggest you a diet that will help you in getting a body like Ji Chang Wook and you don’t have to ruffle all through the web.

Is Ji Chang-wook a vegan?

No, Ji Chang-wook is not a vegan.

Add the following to your diet

So you must not freak about fitness and find your own unique way that suits you and your body comfortably.

That’s all about the Ji Chang Wook Diet Plan.