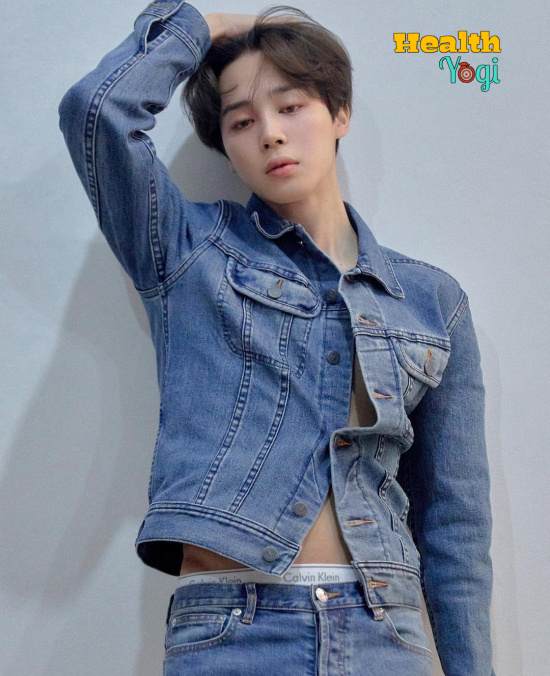 Jimin Workout Routine and Diet Plan: Jimin is one of the members of the most iconic and famous Kpop group BTS. We all know that BTS has conquered the world with their music, and Jimin has played quite a considerable role in that. Jimin gets known for his vocal and rapping skills, mostly for his looks;

it’s not just girls who think that even many guys have admitted that Jimin is one of the best-looking guys in the whole crew after the worldwide handsome, of course (joke). However, it’s not a lie that many of us have always wanted to have looks and body shape like Jimin to discuss the Jimin workout and diet plan.

Jimin is the one you can always admire when it comes to having looked. I won’t even deny, as he’s my Bias, yes! I’m a huge Kpop fan, and BTS is my favorite band. Now, getting back to the workout routine of Jimin, well, there are relatively few things that Jimin does to stay things other than practicing. Most of the workout that keeps Jimin and all the BTS members fit is the dance practice for shows, videos, and other events.

We can’t deny that since after the release of Blood Sweat Tears, they all have won the Billboards social media sensation award. After that, they have been traveling and performing nonstop, whether in America got talent, British got talent, Tonight show, Ellen show, etc. It’s been incredible progress; BTS has done more global TV performance than any other Kpop group.

So when you are doing that many shows and making videos, as a Kpop idol, you need to practice continuously for your dance skills as dancing is an essential part of the Kpop industry. That’s what all the BTS members, including Jimin, do; they practice for hours almost every day, which helps them to stay lean by burning a lot of calories.

Other than that, they all like to work out some basic exercises that help them to get muscle definition. The activities are relatively simple, and anyone can do them without any hassle. Koreaboo website tells us in an article about the exercises Jimin and other members did, which included push-ups, wall pull-ups, crunches, squats, etc.

Well, it isn’t that hard to believe as they all have no intention of gaining weight or muscle, which is why no member goes to the gym and try to lift any weight. Now let’s see a routine that you guys will do to get a body like Jimin.

The cardio routine is an essential part of this training, so make sure not to miss it. Now, for cardio, as I said, Jimin and others do dance practice for about two hours. However, it might not be everyone’s cup of tea, so if you want to do dance practice, you can do that for about an hour to two hours, and if you don’t, then just do any cardio exercises. It can be any cardio exercises, from running to cycling, to work out for an hour without having long rest time in between the workouts.

Now, the last routine that you will need to do is quite simple; it contains some fundamental bodyweight exercises that will match the potential of Jimin’s workout routine.

Rest time after the set: one minute

That’s all for the Jimin workout routine.

In one of the interviews, Jimin told the media how he did a rigorous diet that even made him fainted. The proof is in the article of Allkpop Jimin was taking only one light meal the whole day before the album of Blood Sweat and Tears. The diet and habit have given the idol quite challenging times, eventually putting him to sleep for a while.

Even now, many members follow a diet that never should be able to follow, whether it’s Blackpink members, Red Velvet, or Twice. Everyone has gone through that rigorous diet plan where they will get forced to leave food for days in the shake of becoming an Idol. That’s how things work in the  Kpop world.

However, it seems like now the singer is eating healthy foods like veggies, fruits, chicken, and in moderation, and with his excellent workout, he won’t be gaining weight anytime soon. So you can also do the same by controlling your food quantity and eating in moderation, you will be able to get your body lean and slim like Jimin.

That is all for the Jimin diet plan.