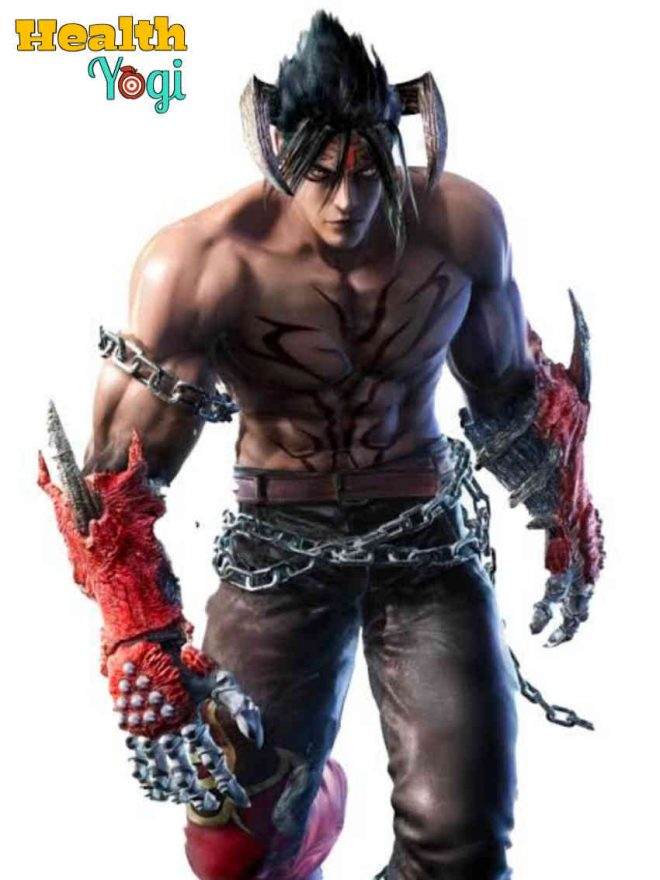 Jin Kazama Workout Routine: Train to be like Jin from Tekken: Jin Kazama is a game character from the famous game series Tekken. I’m sure there is no single person in the early 2000s who hasn’t played the game Tekken.

As we know, Jin Kazama has always been the face of the game and is the most popular character. So popular that the movie Tekken got based on Jin Kazama’s life and story. Besides the popularity, Jin Kazama is also well famous for being the idol body physique guy, so if you also want the Jin Kazama workout, keep reading. 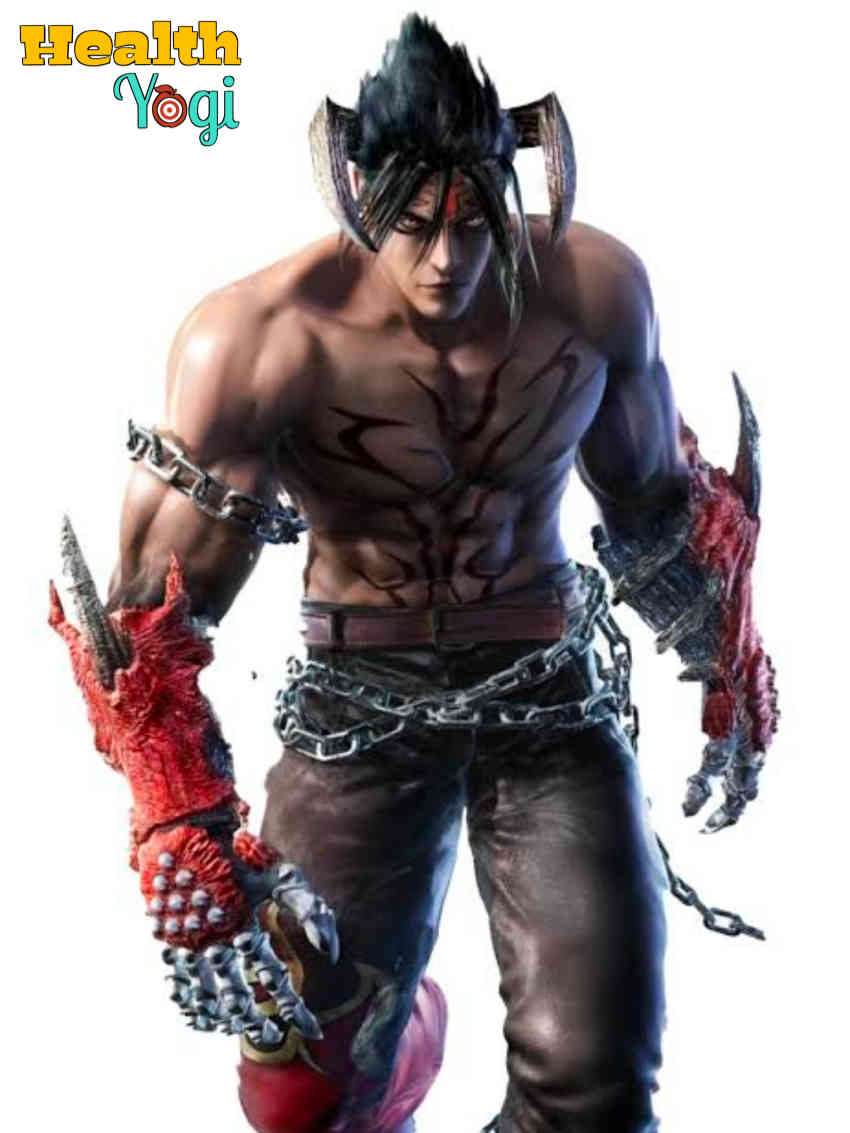 Jin Kazama Workout Routine: Train to be like Jin from Tekken

Jin Kazama is the main character and face of the game series Tekken. He is well known for being one of the neat-looking characters, and the people were crazy when Jin Kazama’s second form, the Devil Jin Kazama, was out. That alone shows the appeal of Jin Kazama, and even in the official movie of Tekken, Jin Kazama’s life got portrayed as the underdog who won against everyone. Now, that is why many fans also want to know if there is a way they can train to be like Jin Kazama.

I won’t say that there is not; the Jin Kazama in the movie and the game has shown very differently. As we know in the movie, Jin Kazama has more of a lean and ripped body physique, where he trains lots of martial arts and does kicks and punches. However, in the game, Jin Kazama has gotten portrayed as more of a muscular person who moves fast, can fight well, and has good muscle mass.

We can say it’s more like a light-heavyweight MMA fighter; that would be the closest thing to Jin Kazama. However, as Jin Kazama is not officially from a martial arts background, he does mixed workouts. So to train like him, you would need first to build up the stamina and endurance of a fighter. That will happen through a cardio routine, and then there will be strength training that will consist of compound exercises and training your whole body instead of focusing on one physique.

There will also be a combat workout, for which I recommend going to an MMA gym for four to five days a week and training there an hour or two in the evening. I won’t be able to tell you how to fight, nor I’m knowledgeable enough in martial arts of fighting style. So seek the help of a professional and try to focus on train and hour to two hours a day, learn all sorts of techniques like kickboxing, boxing, Muay Thai, etc. Now, let’s see a routine that will help you get a body like Jin Kazama. 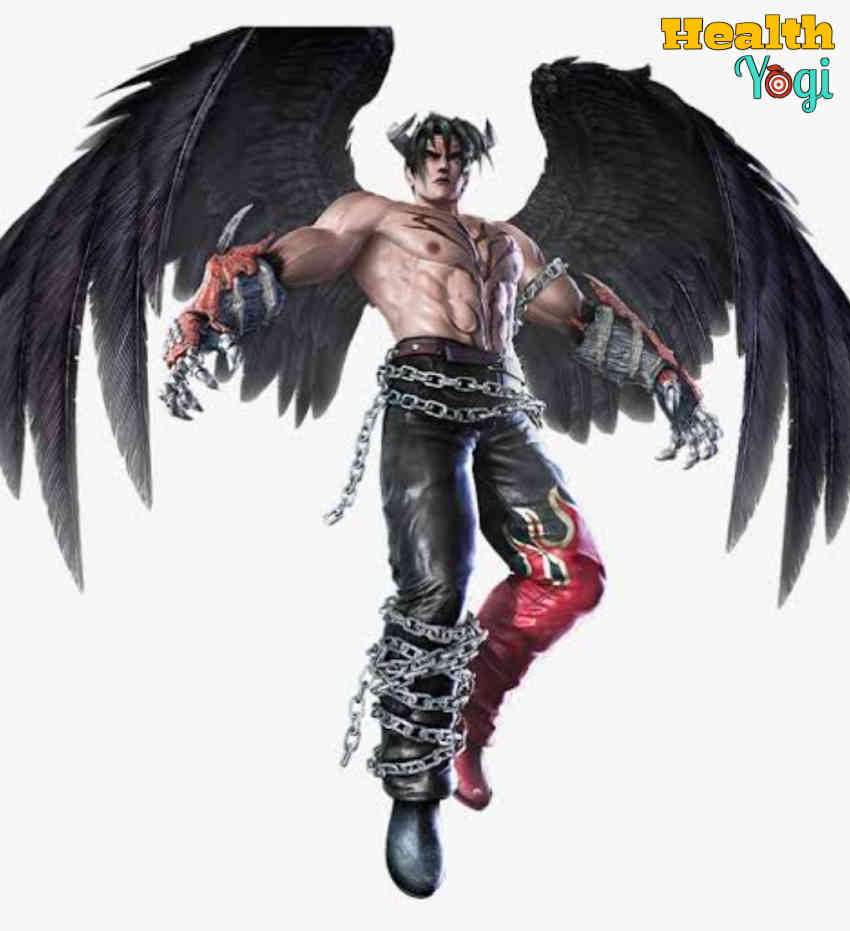 In the cardio workout routine, we will start with running for 30 minutes at a moderate pace. Don’t fluctuate the speed, as you want to build up endurance, and running at a constant pace for a certain amount of time will help you increase your stamina and endurance. Once you get done with that, we will finish this with a HIIT sprint circuit pattern to help you get the quickness and agility like Jin Kazama. So this is the HIIT cardio circuit routine;

In this routine, we will be focusing on our strength and conditioning of the overall body. These types of routines often get adopted by MMA workout athletes and stars. The workout aims to get your muscle toned, increase your power and strength, and also help you get better insurance. The workout will also contain some free-weight workouts and also some weighted workouts. In addition, there will be compound movements, isolation movements, and functional movements. So let’s get started:

That’s all for the Jin Kazama workout routine.

One thought on “Jin Kazama Workout Routine: Train to be like Jin from Tekken”