While he’s not the Strongest JoJo ever born, he still holds quite a good ability and is intimidating. So if you also want the Jonathan Joestar workout routine, then keep reading.

Jonathan is a character known for his abilities like intelligence, Ripple, strength, and athleticism. He’s undoubtedly one of the most robust characters shown in the series of JoJo Bizarre Adventure. Not only that, but he’s also the grandpa of Joseph and distant Grandpa of Jotaro. Also, most of the powers that you see in Joseph are the inheritance of Jonathan to his grandson.

Jonathan is also built like a professional bodybuilder and moves like a gymnastic athlete. That’s the definition he brings with himself when we talk about Jonathan as one of the most notable characters. So is it possible to move like Jonathan while looking like him? It’s not, as it’s an anime in the end. That’s why Jonathan can look like Arnold Schwarzenegger and move like Tom Cruise, but in reality, that is impossible.

When you get so much muscle mass, your body movements get restricted to a certain point, which stops your body movements. That’s why if you want to look like Jonathan, then you will need to compromise on flexibility and athleticism. As even martial arts will require you to compromise that muscle mass. However, being athletic and still a little bulky can get accomplished without a doubt.

To do that, we will be working out six days a week and around two times a day. The workout won’t be easy, and it will probably leave you devastated if you don’t like working out. However, being a hero is not easy, so you had that coming. We will be working out two hours a day, so don’t worry, as you will get enough rest in between the exercises to recover. 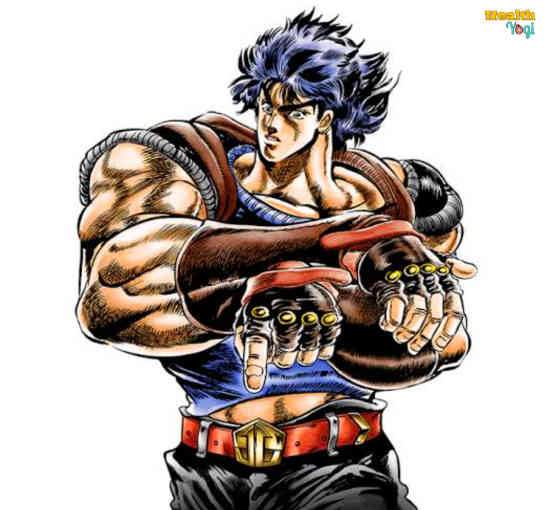 We will be doing six days of training to concentrate on building muscles like Jonathan and training our core in the morning routine. However, you need to warm up before you do that, so make sure you get 10-20 minutes of running or a brisk walk on the treadmill. Now let’s get started with our weight training:

We will do an hour of boxing or martial arts in the evening routine for about four days a week. According to the fandom, those are Jonathan’s style in fights. Both workouts will help your body to get toned, stay flexible, and also strengthen them naturally.

It will also help you get stamina, agility, and reflex-like Jonathan. However, do remember that doing this workout will also restrict your muscle growth, so if you want to get super bulked, focus only on the morning routine.

That’s all for the Jonathan Joestar workout routine.