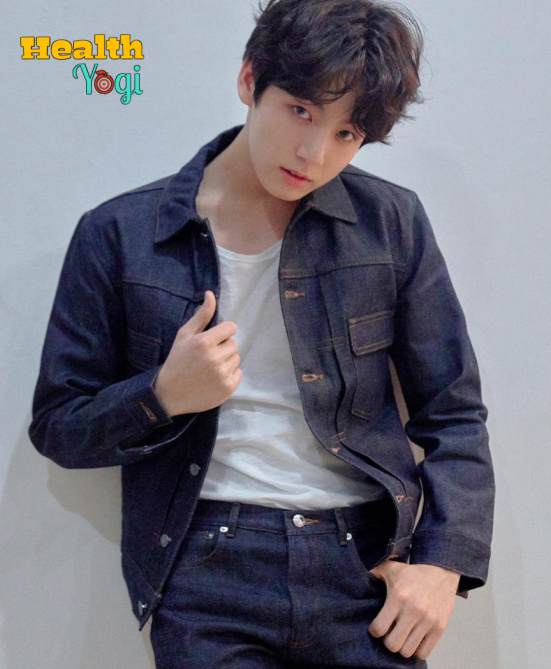 [Jungkook Workout] BTS Singer Jungkook Diet Plan and Workout Routine: Jungkook is a singer, songwriter, actor, dancer, model, director, and music producer. I mostly get known for being the lead vocalist of the most famous K-pop group BTS. Jungkook also goes by JK’s nickname, and he is probably the most renowned member of the BTS group.

Jungkook is known for many things like his direction skills, singing skills, etc. However, he also learns to maintain a rock hard and to be the fittest member of BTS. So if you also want to learn about the Jungkook workout and Jungkook diet plan, keep on reading.

Jungkook is quite regular when it comes to workout and maintaining his routine to keep his body fit. It’s not easy for Jungkook to keep him always fit, but JK has no other option as he’s an idol. JK has also mentioned himself in V-Live that if it were not for looking like an icon, he would get beers and eat food when he wants; as Jungkook is an idol, he can’t do that. 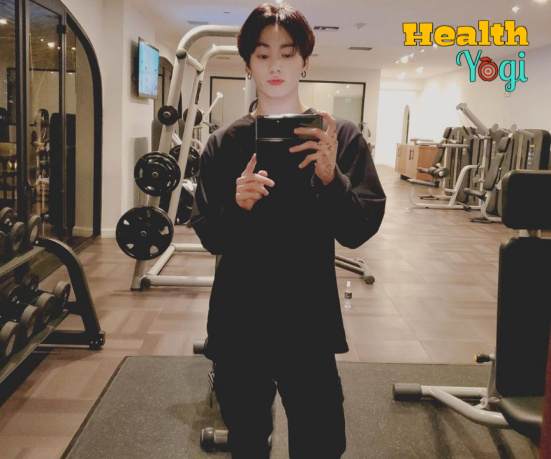 Jungkook follows quite a simple routine, but his diet is so good that the simple workout routine is enough to keep him lean and ripped. Jungkook does want to work out in the gym and get more fit; however, the production doesn’t want that. They want Jungkook to keep his boyish look and doesn’t gain that much muscle, which is why Jungkook workout is so simple.

However, his training for an idol is not comfortable doing the vocal lesson, dancing lessons, communication, and other lessons every day take a troll on the body and burns a lot of calories and energy. So now, let’s see what JK does to stay in shape.

Jungkook and another member do weekly dance practice for 2 to 3 hours a day, and it can be 5 to 6 days a week; and even when they are on tour, they keep on rehearsing for the shows and live performances. In one article, I even read that sometimes they practice over 4 to 5 hours a day to quickly get the dancing done.

Jungkook’s cardio routine gets covered in this training only; this is the most important reason why no one in K-pop is fat as they dance so much that it burns quickly 500 to 900 calories a day for them. So if you want to stay in a lean shape, make sure you burn that many calories by dancing or doing any cardio workout.

Jungkook usually does a simple workout of bodyweight exercises with one or two weight lifting routines. JK routine is more of a circuit routine like going one activity in another, which they have shown before live performance videos. However, JK also shared this video on the BTS Twitter page where he’s doing shoulder press and showed his routine. The workouts chart contains:

That’s all for the Jungkook workout routine.

Jungkook is quite strict about his diet plan, and that is true. As I said, Jungkook had to maintain a rigid diet to make sure his face looks lean, and he looks younger and boyish. For that, Jungkook mostly eats salad and stuff that is low in calories and carbs. 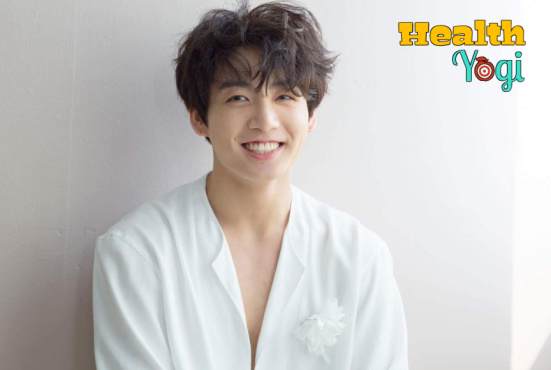 Jungkook eats chicken and veggies for protein mostly, and other than that, sometimes he lets himself eat some snacks. However, he does not eat any oily and fatty food that can make him gain weight. As if JK gains even a little weight, he gets very paranoid and worried. However, if you want to work out and look similar to Jungkook, you can make a different approach and don’t have to follow that rigid diet. To get a body like him, follow this diet:

That’s all for the Jungkook diet plan.

BTS Jungkook Workout Routine and Diet Plan [Updated]: Jungkook’s workout was covered by me a while ago, and even though I have updated that a little. I should write another activity that will be an update of the Jungkook workout routine. We have seen the routine consist of dancing a lot almost every day. However, JK is now trying to get fitter and bulkier.

For that, he had started working out properly. Let’s summarize what JK used to do before. Before, his workout involves dancing for two hours, then doing some bodyweight workouts. That was enough to keep him slim and fit, but now the game has changed.

He’s getting in a shape more like the GOT7 and EXO members like Jackson. Jungkook has bulked up quite a lot, and all the weight he has gained is purely muscle mass. Now let’s get into the detail of what JK is doing to keep himself super fit.

After a while of researching, I won’t lie. After just going to the JK fan page, I could find the things JK is doing. The workout consists of doing boxing like you can see in this video right here, and it includes doing a lot of weight training. So combining them makes his workout super effective.

Now, I would say that his workout duration would be at least three to four hours a day. As the dance practice alone takes two hours, and then one hour for weight training and 20 to 30 minutes of boxing workouts to finish the activity. However, there is no way that JK is doing all that in a continuous momentum.

I would say dividing these workouts into two parts would be best. So you can train in the morning and in the evening around five days a week to get a perfect balance. You can also train four days a week, and it would still benefit you, as the training is super intense and prolonged. Now let’s take a look at a plan I created for you guys to achieve a body physique like JK. 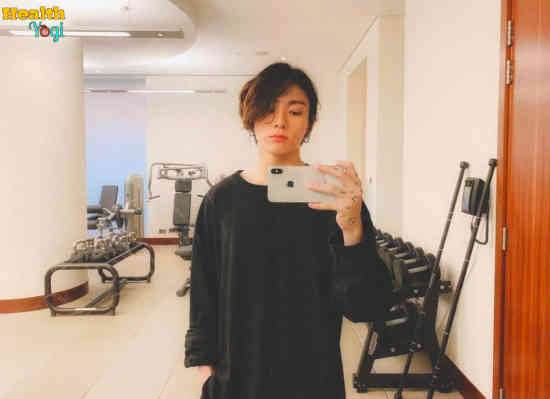 The morning routine will be focused on exercises and workouts like dance practice and stretches. So one to two hours of dance class would be best, so I would recommend joining the dance class. It can be any dance class; it doesn’t have to be popping or hip hop; you can do Zumba, barre, etc. It will work as an excellent cardio exercise while providing your body with flexibility. If you still don’t like to dance, then switch it with an entire cardio routine, but I would straightly tell you not to do that, as it gets super boring. You will be doing running, biking, etc., for hours, and that’s no way near exciting as a dance.

We will focus on our weight training and cardio finisher in the evening routine that will be our boxing workout. So yeah, starting with proper training, I would say that following a standard routine would be enough. As JK has a very aesthetic and lean kind of figure; so you don’t have to follow a very intense workout.

Keep it simple; train single body parts every day, and you will be done in under an hour. After you get done with the weight routine, you can start the boxing workout. Keep the duration to 20 to 30 minutes and follow a high-intensity plan.

That’s all for the Jungkook workout routine.

For the diet plan, JK still eats a lot of meat and gets all the food inside. JK may be taking the supplement, I can’t confirm it right now, but it may be true. However, I found this video where he is eating steak; first, he looks super cute; I don’t know why? Even though I’m a guy, he still looks cute while eating, LOL.

So, I’m guessing that he is consuming as much protein as he can from meat and other foods. So I will give you a routine that you can follow and get a body like JK. 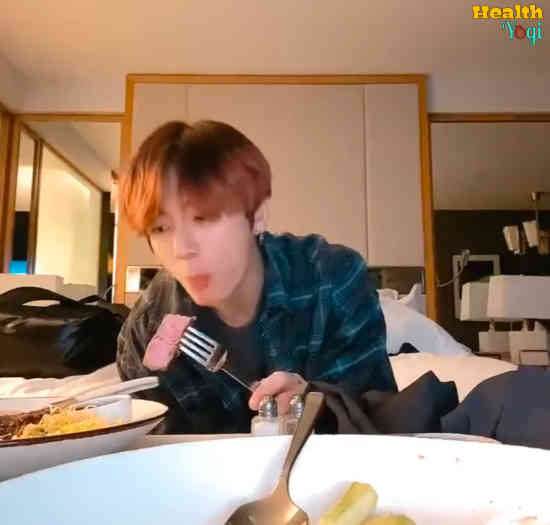 That’s all for the Jungkook diet plan.