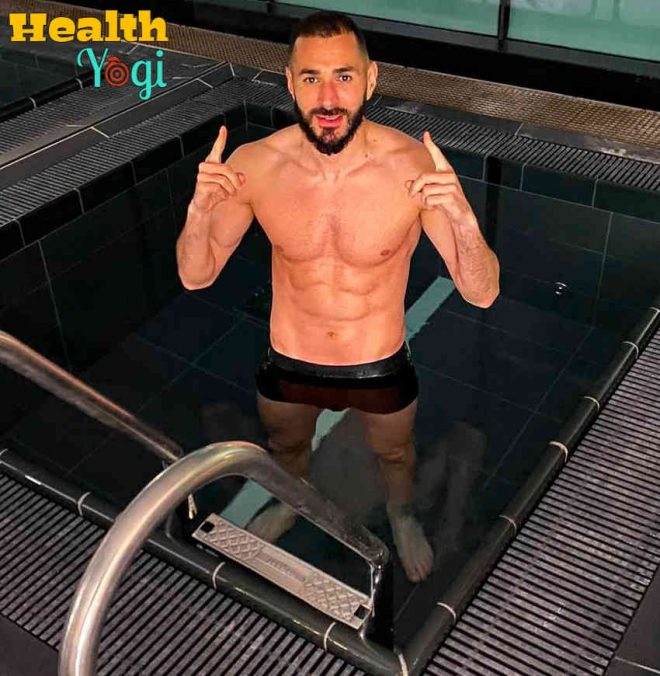 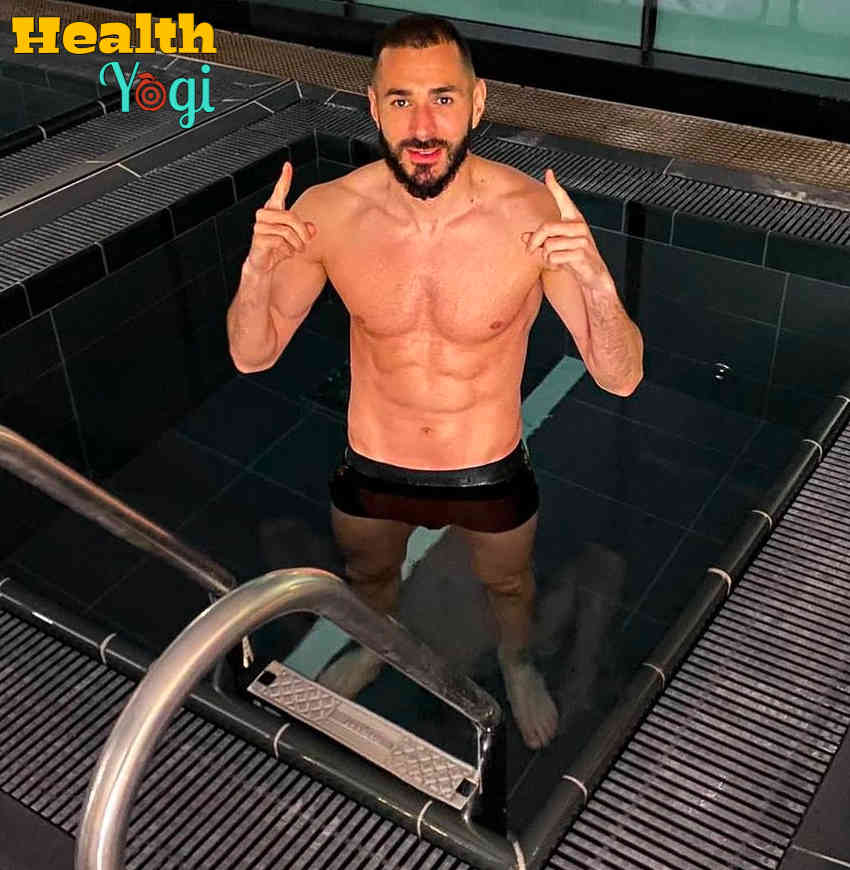 Karim Benzema is undoubtedly one of the best strikers in this generation and gets known for his incredible playmaking and finishing. So when you are a player of that caliber and possess that type of skill, you need to work hard to maintain those skills. So if you also want to know how hard Karim Benzema does work out and train to always be at his best, then keep reading. I will be talking about all the workouts and routines Karim Benzema does to be one of the best strikers.

Karim Benzema is not only a striker in a football team, but he also likes to share his life and fitness vlogs on his YouTube channel. There I found his last recent Karim Benzema gym tour. There Karim Benzema talks about how he maintains his body and workout. The workout focused on different things and Karim Benzema’s goals. If he wants to burn more calories and slim down, Karim Benzema will do stairmasters and rowing machines.

Karim Benzema does many compounds exercises and a few isolated exercises for toning and getting in shape. But, of course, plyometrics and core are also part of Karim Benzema’s training. Especially if you go on the Real Madrid YouTube channel, you will see that all players are doing more plyometrics mixed with weights and core in the gym during training camp.

Outside the gym, it’s a mixture of different workouts like shooting, Roundo, dribbling, passing, practice match, etc. There are also many drills related to football, for which I refer to getting a coach that can explain to you as I’m not that familiar with on-ground drills and workouts in football. However, I can tell you other things and give you a Karim Benzema-inspired workout to help you get in a tremendous Athletic shape like Karim Benzema. 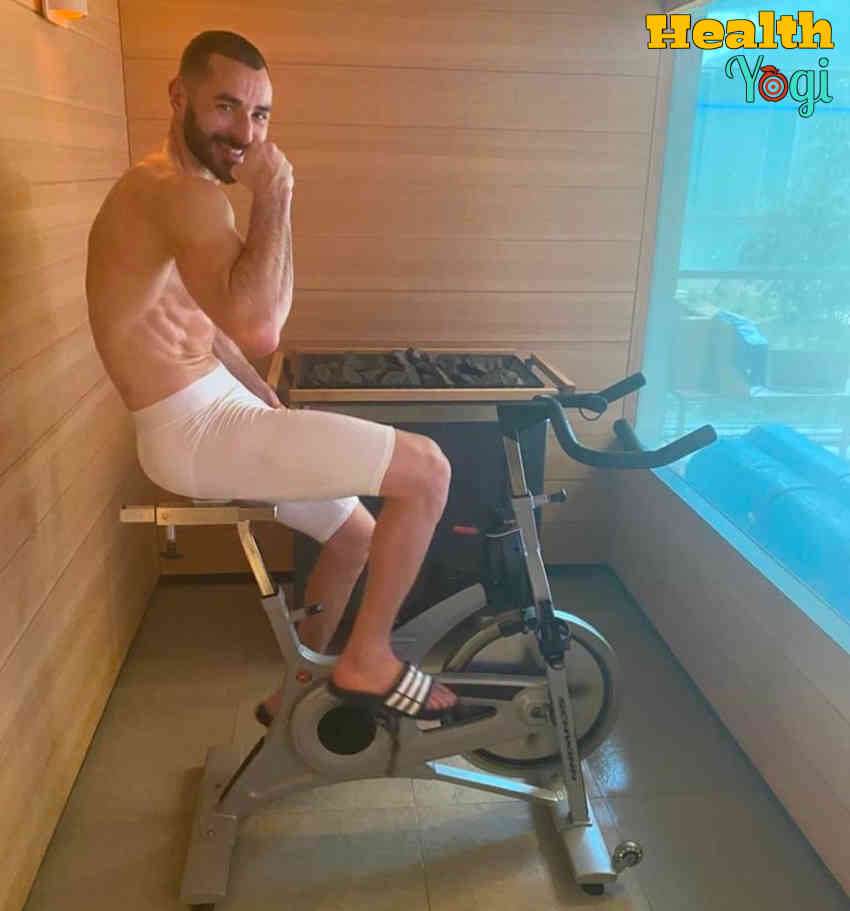 We will be starting with a cardio workout getting that 45-60 minutes of cardio in our routine. You need to make sure your legs are more robust for football; you will be running for 90 minutes on the field. So working on our cardio helps our leg get used to that impact that we will get in the field. So I will suggest doing this cardio routine;

In strength and conditioning, we will be doing an overall workout that will involve doing a lot of workouts and making sure that you get an overall physique. So we will be lifting three days, and for two days, we will strictly focus on our core and plyometrics exercise. You can also add your routine or the exercises you want in the workout to get advice from your trainer.

That’s all for the Karim Benzema workout routine.

Now I have read Karim Benzema’s diet, a plant-based diet. Karim Benzema does not include any steak or red meat in his diet and mostly eats only fish. Karim Benzema takes diet very seriously, and he should as he is a striker for one of the best teams in the league. So now let’s see the diet of Karim Benzema. 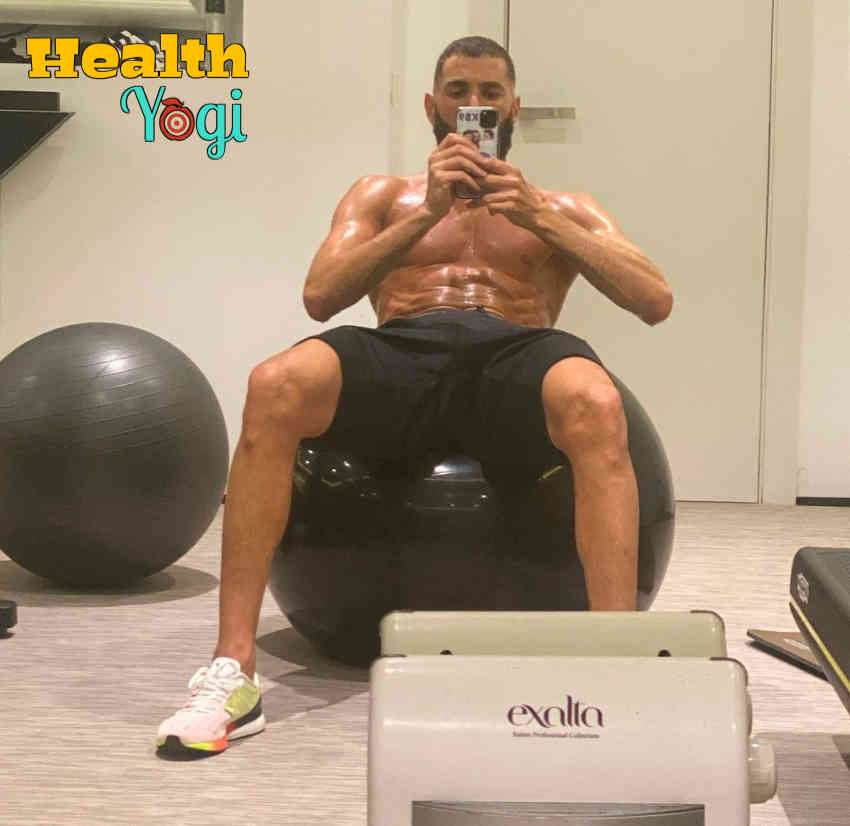 Is Karim Benzema a Vegan?

No, Karim Benzema is not a Vegan.

That’s all for the Karim Benzema diet plan.