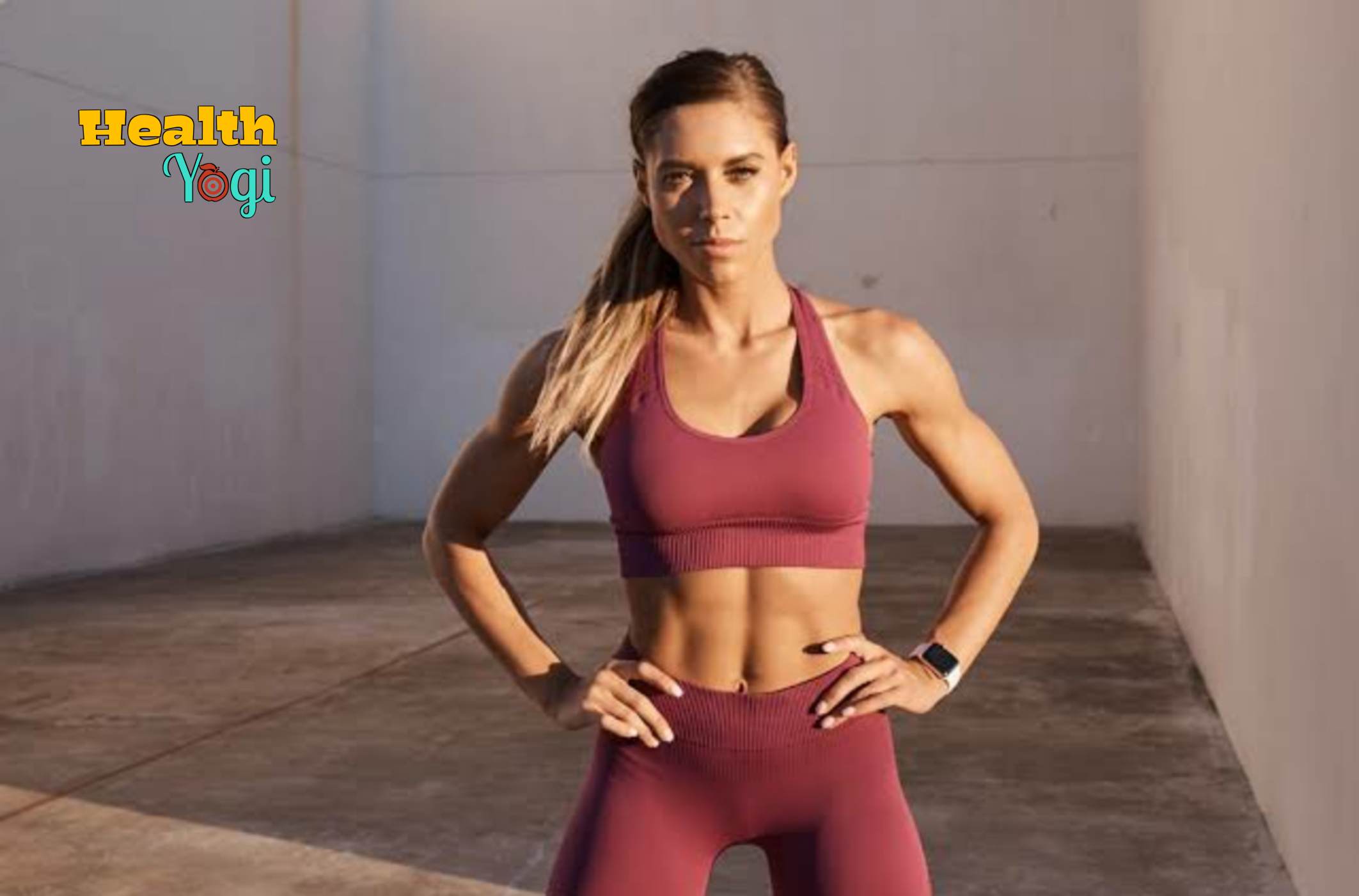 After receiving her degree, she found the work at a women’s gym and soon realized that the machine exercise which they are performing is not helping out her clients, so she shifted her focus on aerobic exercise which proves to be a turning point in her career and also make a difference in her client fitness.

Now, Kayla Itsines is an Australian personal trainer and entrepreneur. She also published her e-book “Bikini body guides” and also launched an app ” sweat with Kayla.” Kayla and his husband Tobi also included in the young richest list of wealthy Australian under the age of 40. 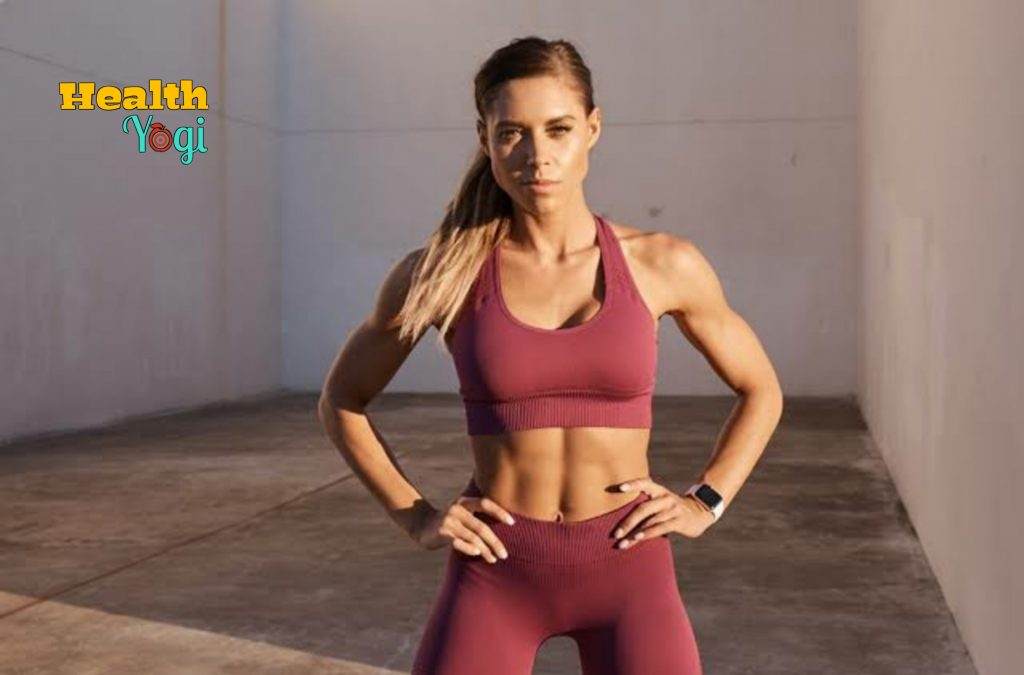 Furthermore, Kayla has also garnered 11.6 million followers on Instagram and is also considered as the top 30 influential people on social media by Time in March 2016.

Like most Fitness trainers Kayla Itsines along with her husband Tobi has made a premium workout routine for its users known as ” BBG.” You can get it on the app ” sweat with Kayla ” it’s free for one week after that you have to pay 19.99 USD  per month.

If you are the one who has never heard about this popular program of Kayla, then stay tunes with me. I will tell you everything about it.

The BBG workout plan is based on the 28-minute high-intensity without gym equipment which you have to complete 3 times per week. The exercise was inspired by different sports, aerobic, and allows your body to do  150 movements.

They also discuss calorie intake per day, which is about 1500-1600 calories. Many journalists titled this program as ” Ultra slim and lean physique coupled with high-level fitness and strength without bulk.”

After the huge success of this program  In 2017, they also launched a new plan for gym users known as BBG Stronger. BBG stronger is different from the old BBG  program as this new program also use gym equipment and weight resistance, which is again only for 28 minutes.

If you are keen interested in taking Kayla BBG program but didn’t have enough money, don’t worry. Here is a free BBG workout which you can also find on her app ” Sweat with Kayla.”

This is all about Kayla Itsines workouy plan.

Kayla is from that fitness enthusiast who doesn’t cut your favorite food from your diet. In fact, Kayla herself eats pancakes in her breakfast, and as a fitness influencer, she also released her new recipes in her E-books The bikini body motivation and Habits Guide. 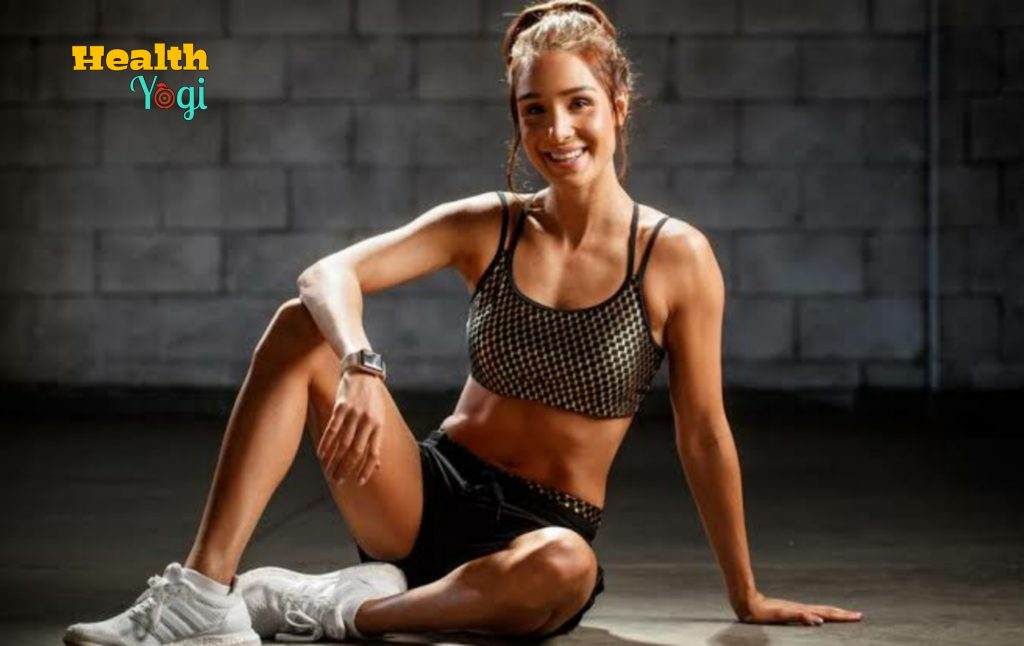 So, here is a one-day meal plan from Kayla’s  new book

This is all about Kayla Itsines diet plan. If you don’t know the recipes of these foods, then tell us in comments, and I will post a blog sharing about methods of that delicious and healthy food. Just for you!

For more information and fitness secrets of Stars! Stay tuned with us.