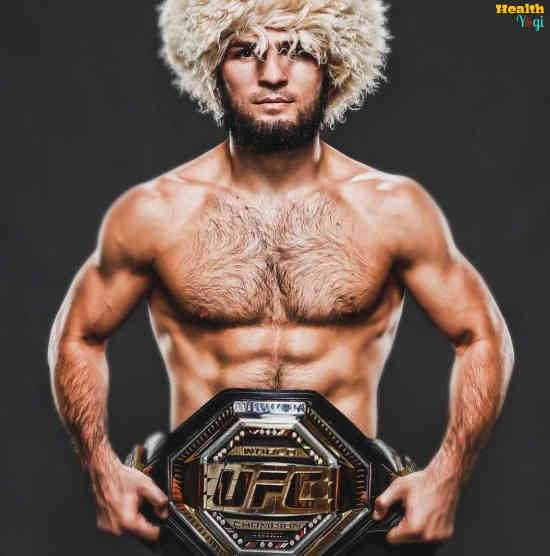 Khabib is the best fighter globally, and no matter what the world says, he has proved himself that he’s better than any fighter who stepped in that UFC ring. There is no doubt about that, and it’s also a fact that there have been many undefeated fighters in UFC, but the longest they stayed is 14-0 and after that retired, but Khabib is the only fighter that fought 29 fights in UFC and hasn’t lost any of them.

If this isn’t enough to prove his greatness, then what else will you need? I have also seen people saying Khabib left because he was getting old and knew he would lose after a while. Maybe, he would have lost, but is that why he left? No way, Khabib in 2012 told the world that if he became a champion and stayed undefeated, he would leave the UFC as there would be no reason for him to stick.

Don’t believe me? Then check this video of young Khabib in an interview when he was 24 years old. So when you are training to be like Khabib, you know it won’t be easy, so be ready to learn everything Khabib does. First of all, even though the fighter has left the ring, he hasn’t left his workout at all. Khabib shows his workout on his website, and there you can even see his daily life, what he eats and stuff. That’s the best way to stay updated on his routine, so I recommend joining that if you want.

Now what he’s doing? Khabib focuses on training other people that he trains himself, and you will soon see them on the big stage. His training mostly takes doing cardio, core workout, mat workout, or you can say sparring and MMA workout, and then it’s gym training. I’m not sure how many days Khabib is training now, but I would say at least five days of training will be great for Khabib. 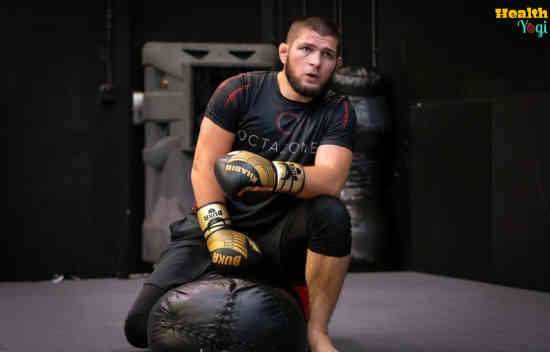 You can see Khabib doing many cardio workouts; one of the best workouts he loves in cardio is running, and most runs on the treadmill of his home gym, as you can see in this video that Khabib posted on his Instagram.

I would also suggest you do 30-40 minutes of running at a moderate speed five days a week. Again, it’s better to finish this workout in the morning. Once you get done, we will be doing a quick circuit routine that will take a maximum of 20-30 minutes of your day. So let’s get started:

Rest time after each circuit: 2 minutes

Khabib shared that he does many sparring workouts and helps others get spars in his YouTube video. Khabib also works on different MMA fighting styles and focuses on groundwork, submission work, heavy pad, light pad workout, etc.

So try to focus on that once you are starting to focus on your MMA workout. It should be enough of a workout, but we also add weight training to improve overall fitness. I think Khabib does a mixed routine of upper body and lower body on separate days.

Since we will be doing many things, try to add a few weight exercises every day. Like training upper-body exercises three days and two days of the lower body. Also, keep the exercises to less than five each day, as we don’t want to hurt or damage our body by overworking.

That’s all for the Khabib Nurmagomedov workout routine.

Khabib’s diet is pretty standard nowadays, but it’s still healthy and doesn’t include eating super oily or junk foods. Sometimes he does enjoy dinner outside and has food outside, but mostly it’s home-cooked meals with proper nutrients.

Khabib Nurmagomedov is not a vegan or a vegetarian and likes to have steak and chicken a lot and s a proper amount of carbs. Other than that, I have no update on his current diet, so I guess I will give you a diet of my own that you can follow. 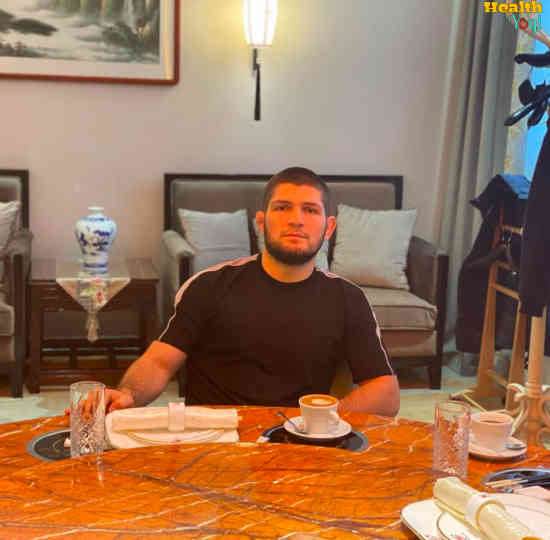 Is Khabib Nurmagomedov a Vegan?

No, Khabib Nurmagomedov is not a vegan and loves eating non-veg. However, he doesn’t eat pork.

That’s all for the Khabib Nurmagomedov diet plan.