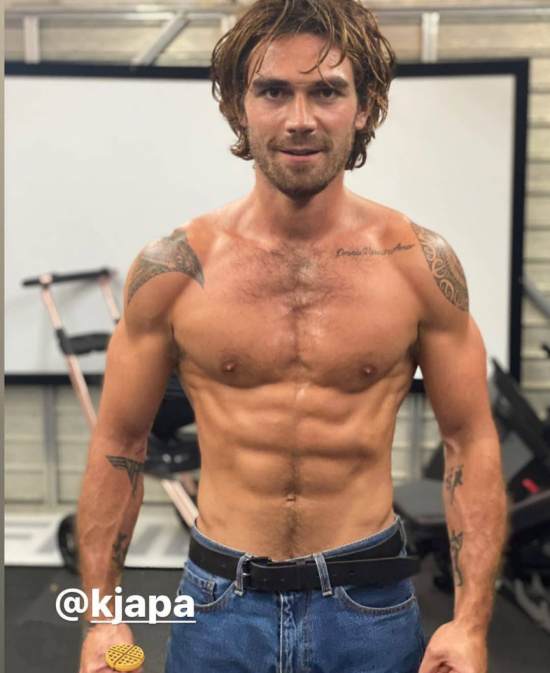 KJ Apa Workout Routine and Diet Plan: KJ Apa is an actor known for his Riverdale show; KJ also gets known as Riverdale’s hunk. However, he has done many different movies and performances after the series Riverdale like The Hate U Give, A Dog’s Purpose, I Still Believe you, The Last Summer, Dead Reckoning, and his upcoming movie Songbird.

KJ has a body that everyone would like to have, and for that, he has done a lot of workouts. So if you also want to learn more about the KJ Apa workout and diet plan, then keep on reading.

KJ Apa has gone through different transformations like getting bulkier and gaining quite a few pounds for the role in Riverdale, and after that, in his latest movie, he lost around 10 to 12 pounds to look a little leaner. However, he has never slacked off with a workout, and all of that body transformation has been natural by working out and living healthy.

KJ Trainer Fine plays a considerable role in KJ workout and body transformation. Fine is training KJ since the time of Riverdale; he was the one who made KJ into the hunk in Riverdale, and he is the one that helped him get leaner. So let, see what kind of training they do.

In the interview with New York Post, Fine said that he focuses on training with weights and bodyweight exercises involving minimum equipment for the workouts. For the part in Riverdale, KJ was told by Fine to focus more on the chest and shoulders workout, as they make the actor look great on the TV. During that time, KJ was working out on two sessions every day with Fine. Each session was for about 90 minutes long, containing different workouts like; core, cardio, muscle training, weight lifting, etc.

Other than that, KJ also trained for boxing every day for his role. So you can say that he was giving all that he had on training every single day. However, right now, KJ is leaner and ripped than he was during Riverdale. That’s because they have gone through doing a lot of cardio workout and core work out in their weekly routine.

The interview with Men’s Health, Fine, and KJ shows the KJ Chest workout and core workout that he loves to do. They were training in the gym in L.A., right before KJ movie I Still Believe was about to realize. This interview showed what KJ chest and Abs Workout contain, so let’s see it.

The chest workout is like a supper set, or you can circuit workout as you will rest once you get done with the whole round.

That’s all for the KJ Apa workout routine. 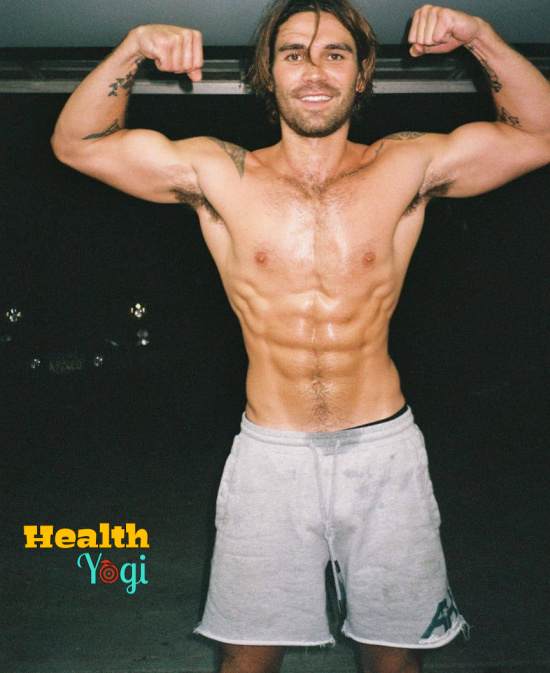 In the interview with New York Post, Fine says that KJ already eats a clean diet on its own, so he didn’t change a lot. However, in his diet, he did add advice about not eating bread and chips.

Sadly Fine didn’t reveal the menu that he tells KJ to eat every day. He did talk about Melton and his diet, where they do Intermediate fasting and eats salmon, salad, smoothies, etc.

However, to get a body like current KJ Apa, you can keep tale four meals a day with some kind of protein in every meal. Take three regular meals with one snack where you need to have a light protein smoothie.

Focus on eating foods like; salmon, chicken, turkey, whole grain bread, eggs, salad, greens, veggies, fruits, etc. Also, do not forget to drink as much water as you can to get the best results.

That’s all for the KJ Apa diet plan.