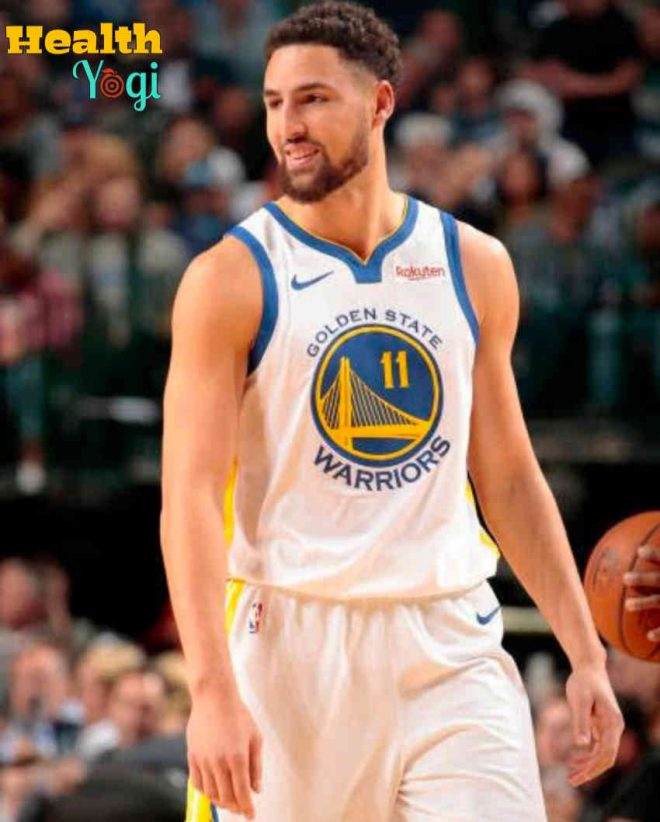 Klay Thompson Workout Routine and Diet Plan: Klay Thompson is a professional basketball player that plays for the Golden State Warriors in the NBA. Klay Thompson plays alongside Stephen Curry and gets known as one of the best shooters ever.

Yes, he is that awesome when it comes to shooting. The star is not only a great shooter but also an overall athlete. So if you also want to know the Klay Thompson workout and the Klay Thompson diet plan, keep reading. 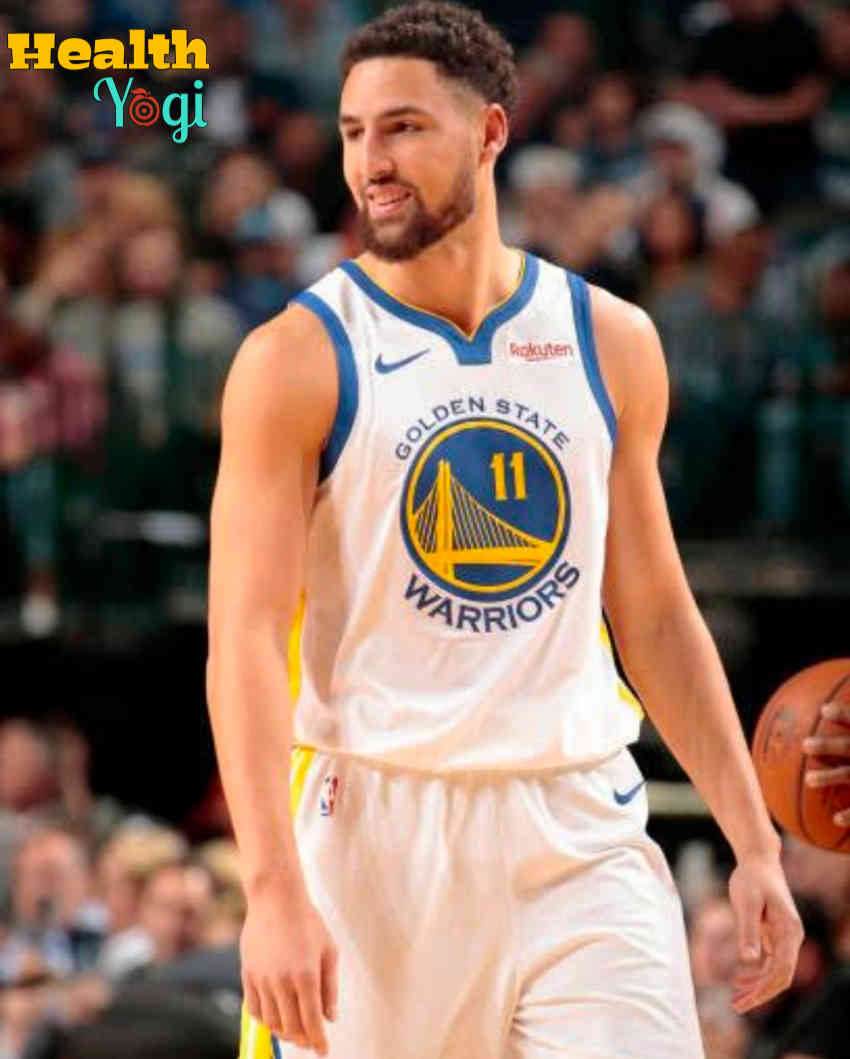 Klay Thompson is one of the best shooters in the NBA and plays alongside one of the best players ever, Stephen Curry. Not only that, but he is also in the movie Space Jam 2 alongside Lebron James, so you can tell how great his legacy is going. However, to get all of the things, Klay Thompson trained exceptionally hard and kept himself in top shape. So if you also want to know-how, Klay Thompson maintains his health and fitness, keep reading.

After reading and searching for a while, I was able to get some of his workouts and drills figured out—this interview of Klay Thompson with Muscle and Fitness where he talks about various stuff. First, Klay Thompson talks about how he spends four days on weight training focusing on increasing overall strength and fitness. Later on, he also mentions how his training goes; Klay Thompson starts with the practice for an hour, and then he will shoot for 30-45 minutes straight and then go on the lift for 30-45 minutes.

Then on a non-game day, Klay Thompson would be spending two and a half hours in the gym doing shoots, drills, and other types of workouts. Now for his drills and shoots, I found all types of shoots that he does in a video put together by a fan. Watch that video to get an idea of what things Klay Thompson focuses his workout on during the plays. Now, I can’t get you any more information on his basketball game, but I can surely give you a good lifting workout routine to get you started. 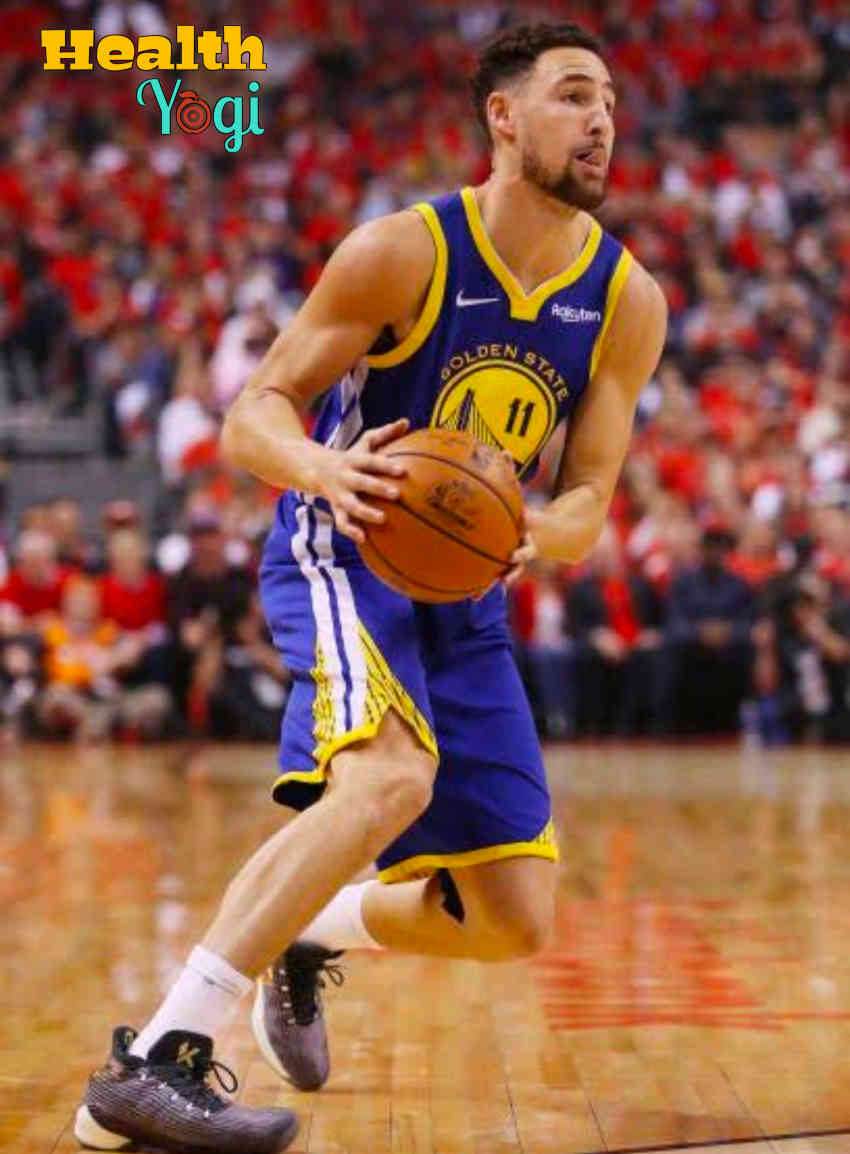 In strength training, we will be doing four days of mixed workouts where we will be training two or more muscle groups every day; there will be many compound movements and some isolated moments. Remember that it’s not the official weight lifting routine of Klay Thompson. I created this routine to help you get an excellent mixed workout, but if you want, you can get in touch with a strength trainer and get a routine made out for your body.

That’s all for the Klay Thompson workout routine.

Klay Thompson also talks about his diet in that interview with the M&F; he mentions that it gets more challenging when you get older. So diet is essential; while Klay Thompson does not follow a rigorous diet, he avoids junk foods and unhealthy carbs. Klay Thompson’s diet involves eating chicken, fish, steak(once a week), fruits, and veggies. Now let’s get you a diet plan. 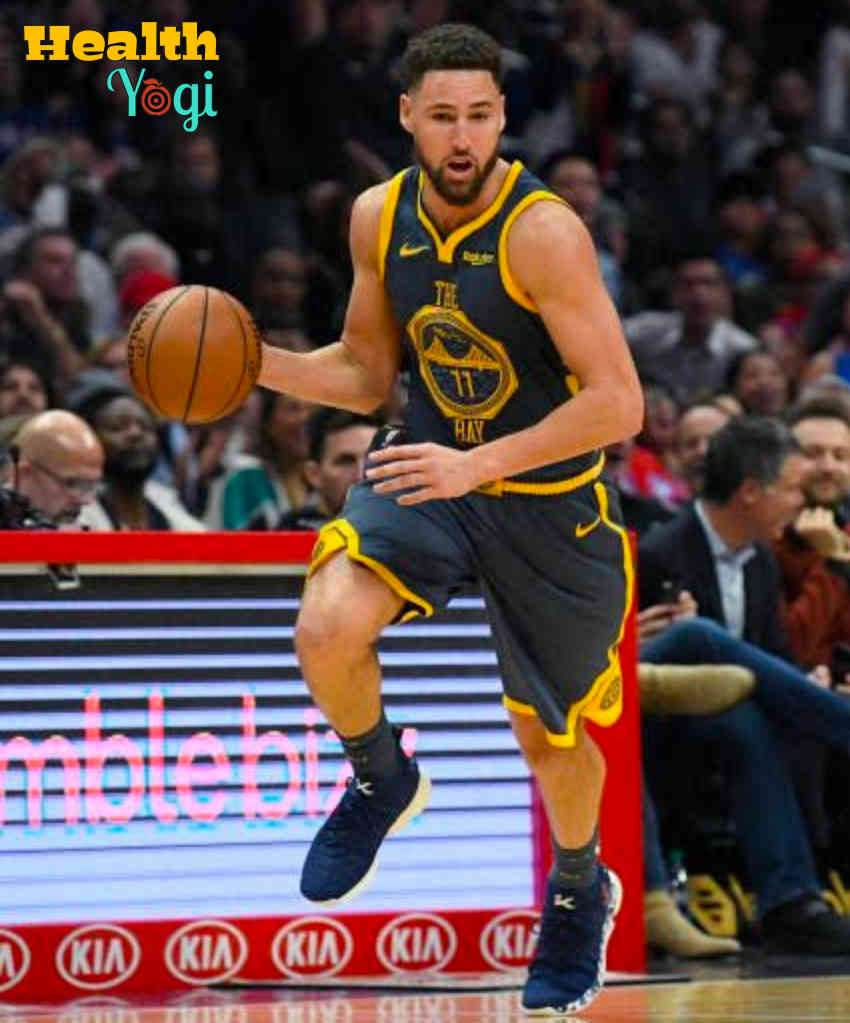 Is Klay Thompson a Vegan?

No, Klay Thompson is not a Vegan.

That’s all for the Klay Thompson diet plan.