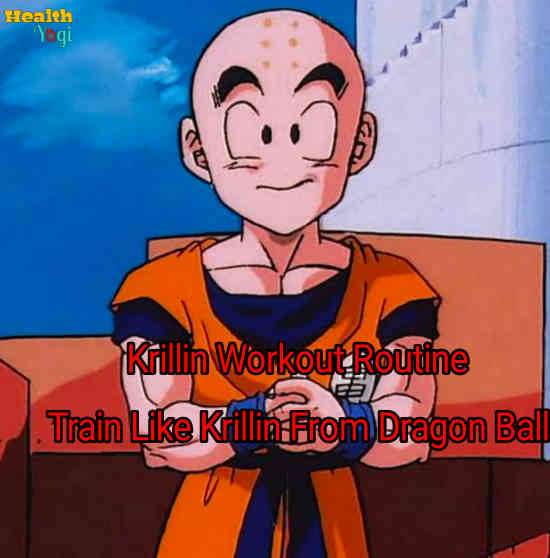 Krillin Workout Routine: Train Like Krillin From Dragon Ball: Krillin is a character from the Dragon Ball series and is one of the main supporting characters. You will see Krillin in almost every season of Dragon Ball. Nowadays, he is also a police officer that enjoys time with his family.

Krillin is also quite firm and knows how to fight; he’s the best friend of Goku as they both trained under the same master. You cannot underestimate Krillin. So if you also want to train like Krillin and want the Krillin workout routine, then keep reading.

Krillin is one of the best characters ever made in the DragonBall series. I mean, it’s not only me who thinks that; even the hottest girl Android 18, ended up marrying him. See, that shows he knows how to put things down when needed. However, we are not here for that story. It’s about the powers and strength that make Krillin one of the main characters fighting alongside Goku and Vegeta in the universe battle.

Krillin seems to be quite normal at first, but don’t let his appearance fool you, as Krillin is quite a fighter. He has trained since childhood with Goku, and they have learned and sparred each other all the time, getting more muscular. Killing can also control his “Chi” like Goku and Vegeta, and he is even taught many things to Gohan, Goten, and Trunks. So how does he train?

In the series, we have seen that Krillin is busy with being a dad and earning money. However, when Goku asked him that it’s time for the fight for his planet in Dragon Ball Super. You see him training martial arts for hours and, in the end, cutting his hair. Hairless Krillin is the most powerful! Just like Saitama! Lol, jokes apart, I think we can achieve the physical fitness and body shape of Krillin.

To do that, we need to train around six days a week, and the training will pretty much include similar methods as we used in Goku and Vegeta. We will focus on martial arts, some cardio, and meditation for most parts. I’m not giving any weight training routine as the characters never train with weights or like bodybuilders. So we will keep it as close as to the original. 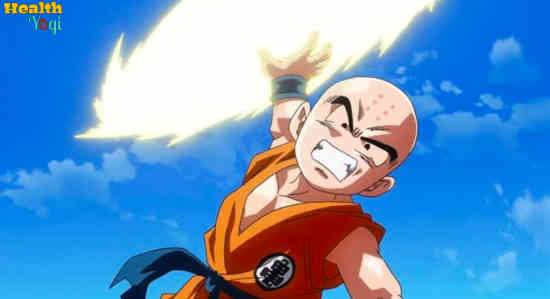 To increase Stamina and ability to fight for hours like Krillin, you would need an incredible amount of Stamina. Plus, even though Krillin looked short, his body is super light and made from pure muscles. That lets him launch, punch, and kicks at incredible speed.

To get at that level or near that level, you will need to do an hour of cardio routine. It can be any cardio exercise from running to cycling or even Stairmaster. However, I would recommend doing 30 to 40 minutes of running and 20 minutes of water rower.

As we saw, the core of his strength comes from years of martial arts training that Krillin loves to do. So we will train at least one to two hours six days a week to get some similarity in strength. You can join a nearby MMA gym or dojo and learn whatever style you want to learn to get the best workout. Also, try to involve exercises like push-ups, crunches, plank, and squats for your body’s better foundation.

Finally, we have meditation, which is the key to activating “Chi,” from which they can do various things. According to the user’s will, its life energy gets transmitted towards a specific region or area of the body.

That’s how Krillin can fly, shoot beams, and do many more incredible things, all combining it with martial arts. So you can also try to meditate and get connected with your “Chi.” Sorry, but you won’t be able to throw beams and fly, as that is currently impossible.

Shaolin Monks believe that it’s achievable, but you need hours of meditation for no wonder how many decades till all your inner gates get opened. We don’t need that. We will start with 30 minutes to 60 minutes of mediation to gain some benefits from mediation.

That’s all for the Krillin workout routine.