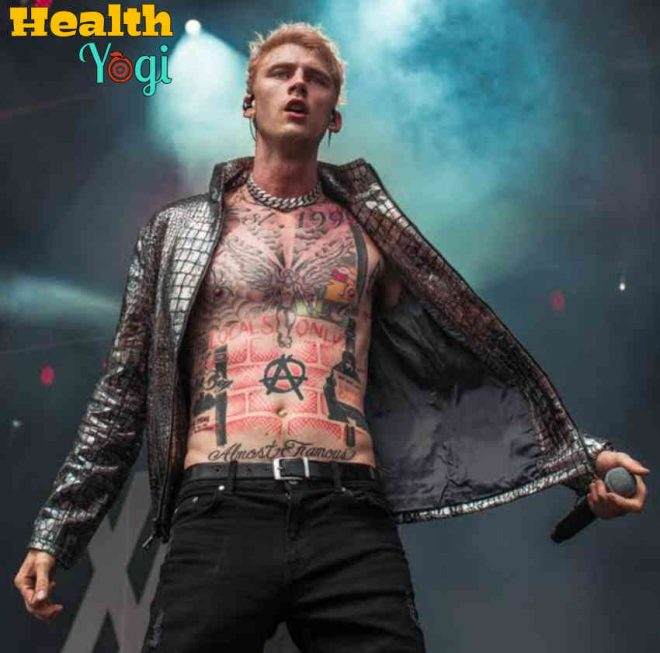 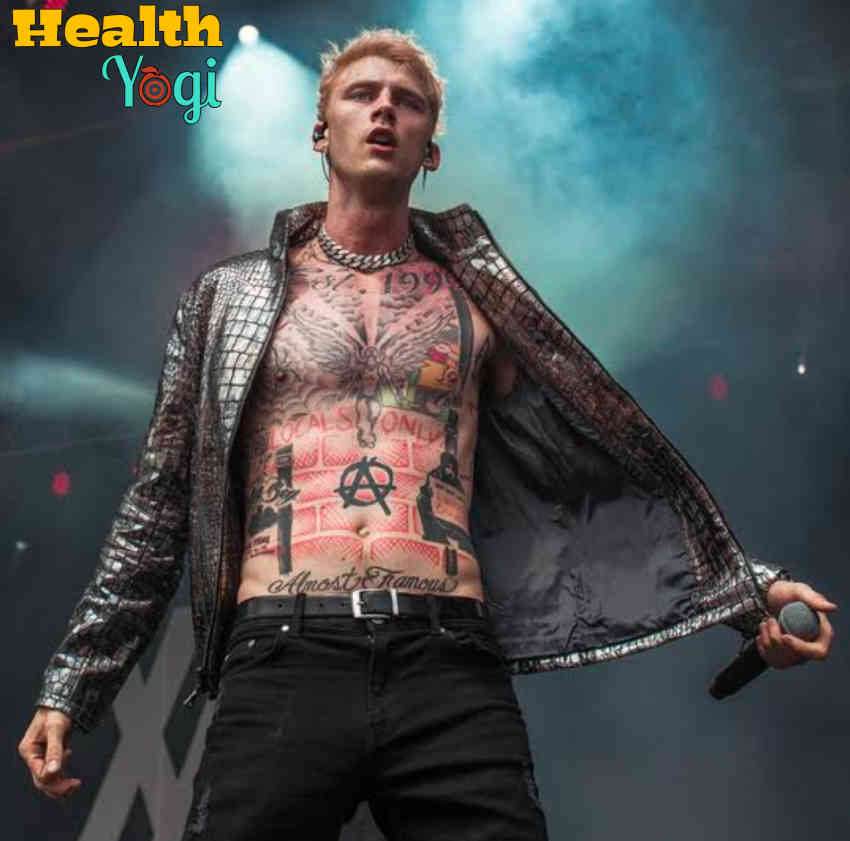 Machine Gun Kelly is one of the famous names, especially after he diss track with Eminem and then, later on, an affair turned into a relationship with Megan Fox. I’m not going to lie; I wouldn’t say I like Machine Gun Kelly that much, but I surely respect the work ethic. No matter how he has been in the past, there is no denying that Machine Gun Kelly has achieved considerable success in the rock genre.

So now about the workout, MGK does workouts; yes, he started working out a few years ago. I know he doesn’t look like he workout, being so skinny, well that’s just his genes. Machine Gun Kelly has a speedy metabolism, and that’s why he doesn’t gain weight at all. So as you can see, MGK is a little more muscular than back in the day. So that should be enough to make you agree on the workout.

Anyways, Machine Gun Kelly got interviewed by Men’s Health. He showed one of his workout routines, a mixture of different routines working out his entire body. It consists of stretching, some weight training, cardio, etc. So we will also follow a workout like that and do a full-body, more CrossFit-inspired workout. So let’s get started: 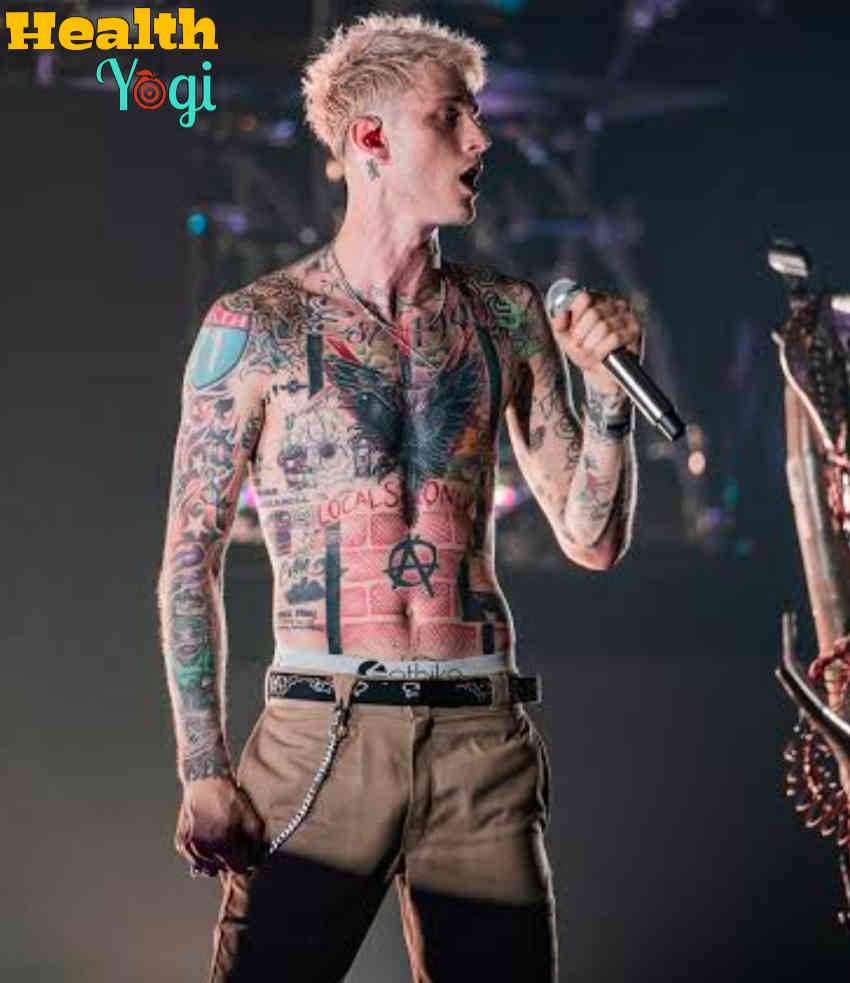 You can start with some cardio warm-up, like walking for 10 minutes on the treadmill and then doing the stretches shown in the MGK video. It will help your body stay flexible, get your blood flowing, and help you avoid any possible injuries during the workout.

From what MGK shows in the video, you can see that it’s more like a CrossFit workout routine. So that’s why we will be doing five days of CrossFit workout, and I will be adding many exercises from my side. So do remember that it’s MGK inspired workout, but not the workout MGK does.

That’s all for the Machine Gun Kelly workout routine.

Machine Gun Kelly stated in one interview, as you can see here, he doesn’t eat anything good. His diet is shake, shack, and cheeseburger. Well, it’s for sure true; as I said, Machine Gun Kelly doesn’t gain weight, and his metabolism is super fast. However, not everyone is as lucky as him in terms of metabolism. So we will be following a diet I will give below: 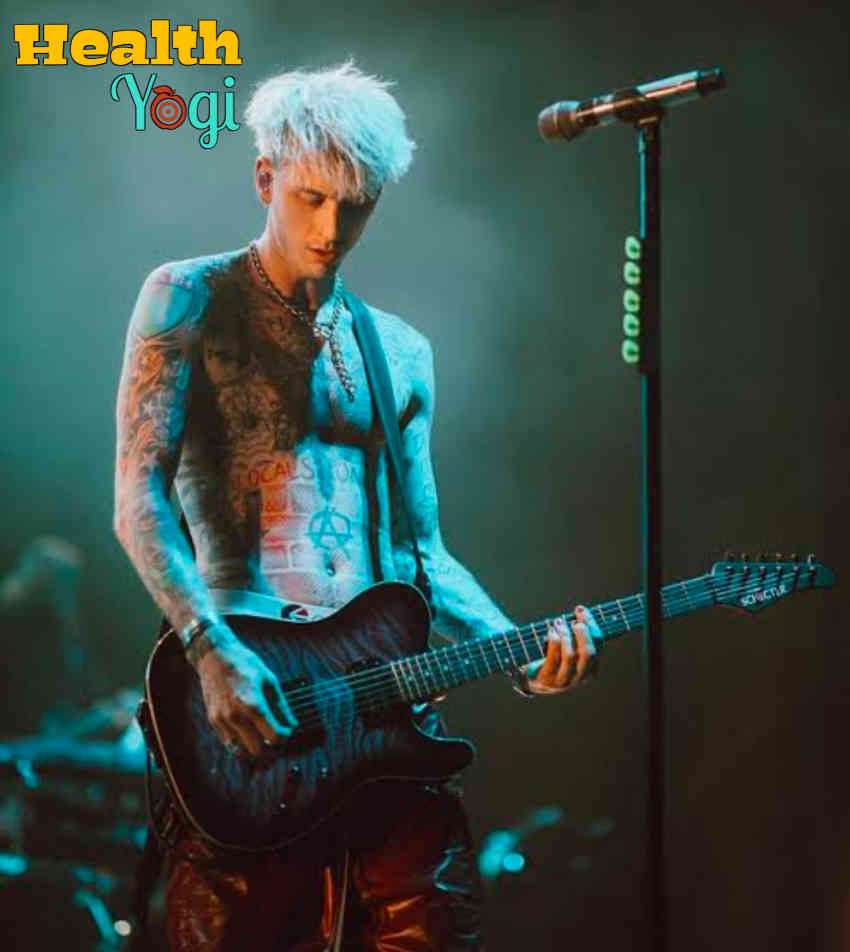 Is Machine Gun Kelly a Vegan?

No, Machine Gun Kelly is not a Vegan.

That’s all for the Machine Gun Kelly diet plan.