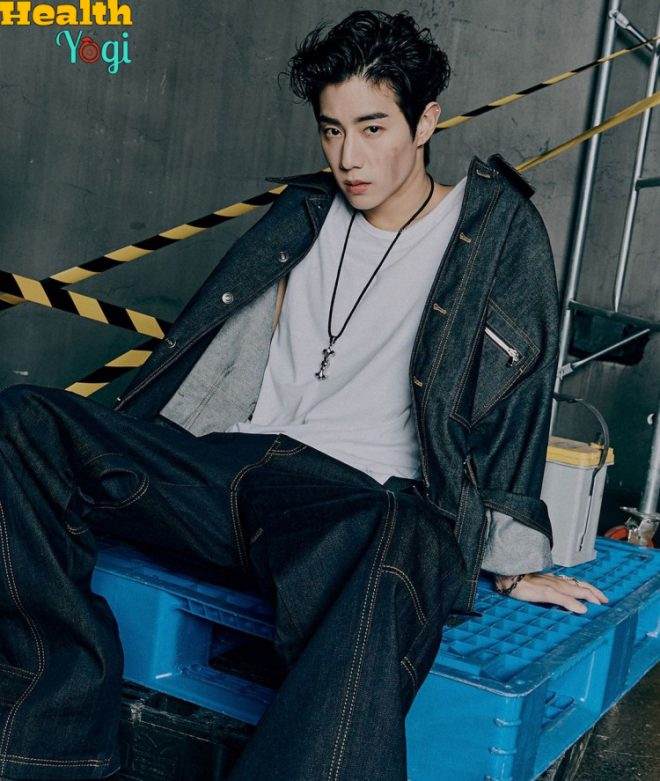 Mark Tuan Workout Routine and diet plan: Mark Tuan is again in the KPop limelight for Music Video for his new single “ism” which dropped on 1 July 2022. He is the oldest member of the KPop boy band GOT 7. GOT 7 is one of the most popular KPop boy bands and it has been in the news for a variety of reasons time and again. The reunion of the band after a brief break has been hotly covered and so have the individual single releases of its members. All of the members of the band have their own aura and command a very strong following across social media pages. We have already covered the fitness routine of most of these members in our previous posts.

This post will look into the lifestyle and fitness routine of GOT7’s oldest member MARK Tuan and we will try to bring out ways in which his fitness routine can be adapted to our busy lifestyles. Mark Tuan has a muscular toned body and a more masculine aura than other GOT 7 members. He has been a martial artist and most of his muscular physique seems to be a result of this. 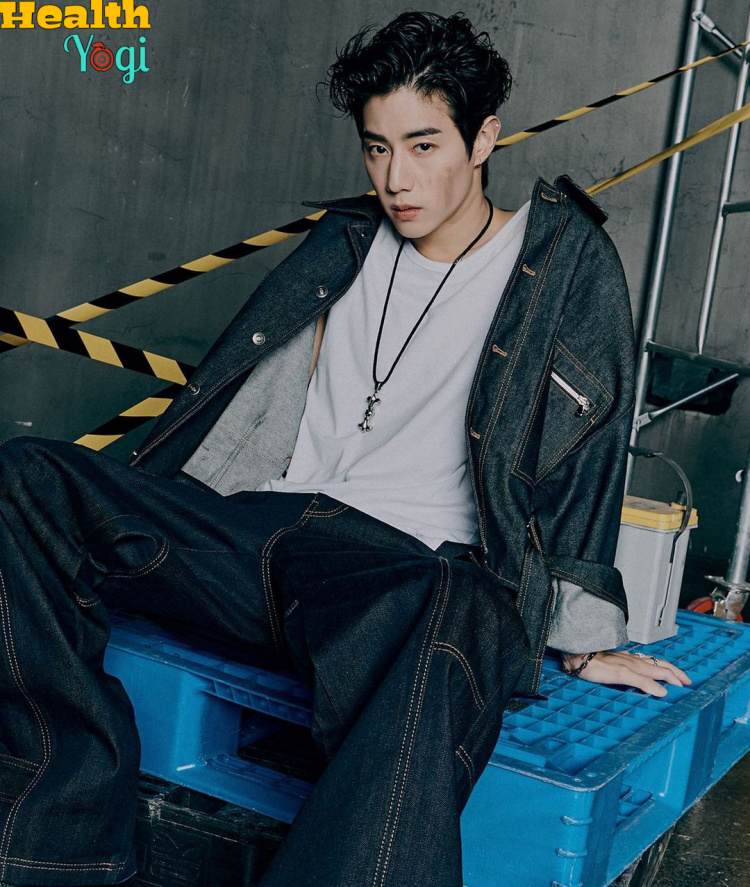 Mark Tuan has been physically active almost throughout his life. He seems to take great joy in physical activities. He has also been a part of the modeling industry which calls for additional attention to physical well-being. Another fact that’s noteworthy is Mark’s history as a Martial Artist. The KPop star and main vocalist of GOT 7 has been an active Martial Artist that seems to be  the reason behind his strong physique. 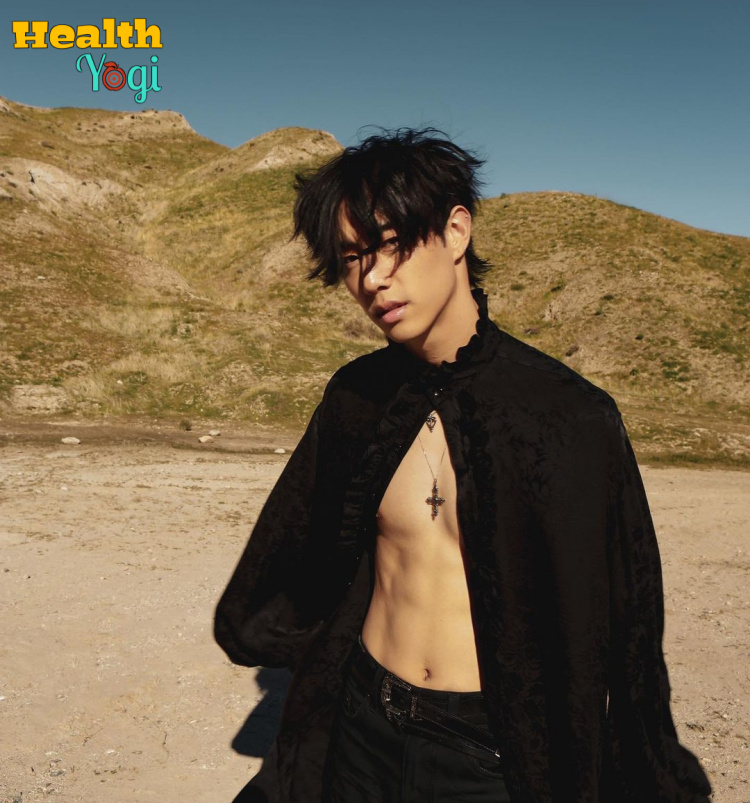 Mixed Martial Arts have been considered ‘life-changing’ by many martial artists or people who took a keen interest in the sport. Mixed Martial Arts has been considered a good sport for spiritual development too. Thus it has multiple benefits besides being a great workout regime. Mark Tuan has been trained in ‘ Tricking’ which is a modern martial art that combines aerobic movements and martial arts. Recently he also surprised his fans in an event where he showed his ‘ Tricking’ skills.

Mark Tuan also takes out time to enjoy himself by swimming and this is another such interest that keeps him pretty fit, toned and agile. Swimming tones up your body and gives you upper body strength, burns extra fat, improves balance and posture, and promotes overall muscle formation. It’s a great cardiovascular exercise and muscle formation allows for burning calories even while resting. So if possible you must endeavor to add swimming as your weekly de-stressing activity and you will soon start enjoying it.

It is an integral part of any K POP idol’s training routine. For an interview with Cosmopolitan, Mark revealed that for him the training and music were new and very difficult. But difficult things make us capable, and through his dancing and overall training with JYP Entertainment, Mark is not just a great dancer but also an accomplished KPop idol. There’s a great tip here.

If your training seems to be hard and you think it’s too difficult for you to persist in your fitness routine, you must keep going. Because doing hard things builds confidence and brings true satisfaction. You can add a dancing routine once a week to your fitness journey. Mark Tuan doesn’t share a lot of fitness content on his Instagram page. But we do have a list of exercises that you can add in order to have a good overall fitness.

Mark has a strong and toned upper body. If your goal is such a physique then you should focus on upper body exercises like push-ups and pull-ups. They also build up muscles that give you that soft masculine outline.

This is all bout Mark Tuan Workout Routine.

Mark is a foodie at heart and he loves good Asian food. His fooding habit is not always very healthy, but he tries to have an inclination toward including nutritious food in his diet most of the time. 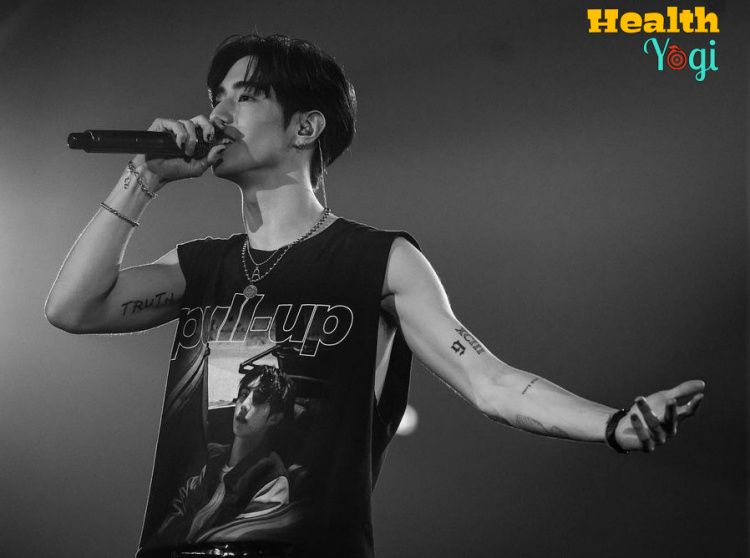 No, Mark Tuan is not Vegan.

In fact, he loves meat and animal-based food.

We scrolled through Mark Tuan’s Instagram page and we couldn’t help but notice his water bottles in the background of his selfies. It is a known fact that hydration is great for the skin. But being hydrated enough also helps you in getting good sleep and which in turn is essential for weight loss and overall health. Being hydrated also removes toxins from the body and improves overall nutrient transportation and blood circulation.

His lunches include carbs like Pasta, Sticky Rice, and Sinigang Soup which have pork, beef, and fish as the main ingredients.

His dinner is luxurious too, with a grand hotspot that has meat, vegetables, seafood, dumplings, and potatoes. He also likes Ramen, Sausages, and Rice cakes for dinner.

Mark Tuan likes Bingsu ( Korean shaved ice), hamburgers, and soups for his snacks and comfort food. One can observe that Mark’s diet is mostly meat-based and consequently high in protein which keeps him ripped and toned. This diet seems to work for him. We would suggest you go slow with your dietary changes and you should also maintain a balance of carbs, proteins, and fats in your diet and avoid extremes.