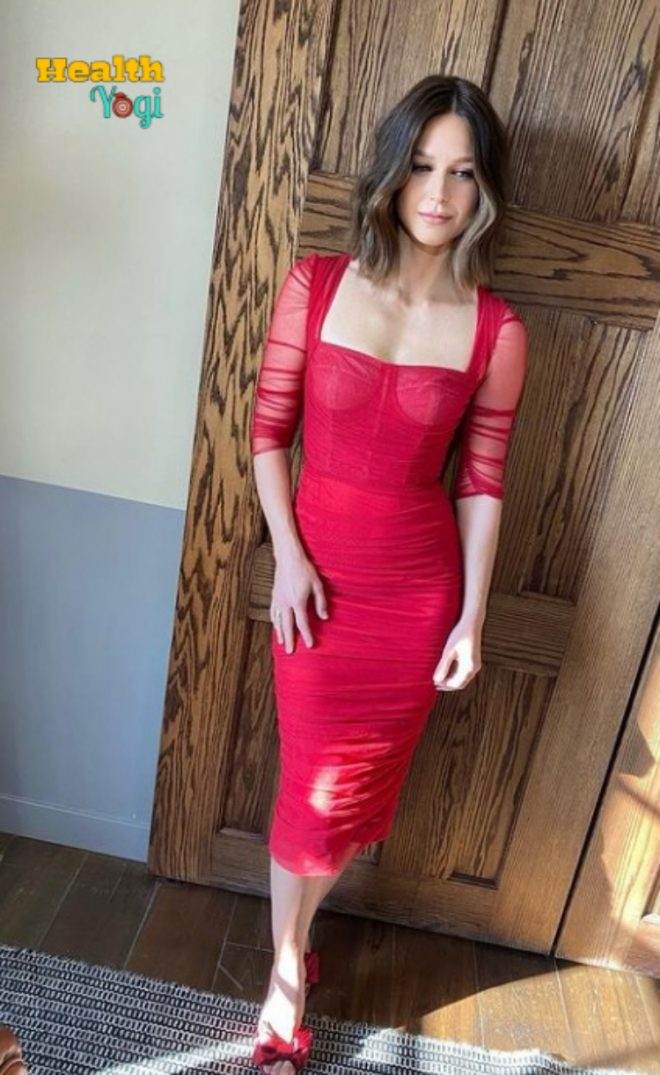 Melissa Benoist Diet Plan and Workout Routine: Melissa Benoist is an American actress and singer. She has been in the show biz for a long time, delivering several highly popular and top-rated performances in movies and series. She is well known for her role as Marley Rose in Glee. This is a comedy-drama that had several seasons and brought many accolades for Melissa Benoist. Another stellar performance by Mellissa is in the series Supergirl that carried for several seasons and required a high level of physical training by the Actress.

Being a part of such superhuman movies makes her a fitness inspiration given the physical training that such characters go through. So, in this post, we bring for you another Workout Routine and diet plan that will help you achieve a better physique. We will tell you about Melissa’s workout plan in general and also about her training sessions in preparation for the Supergirl series. 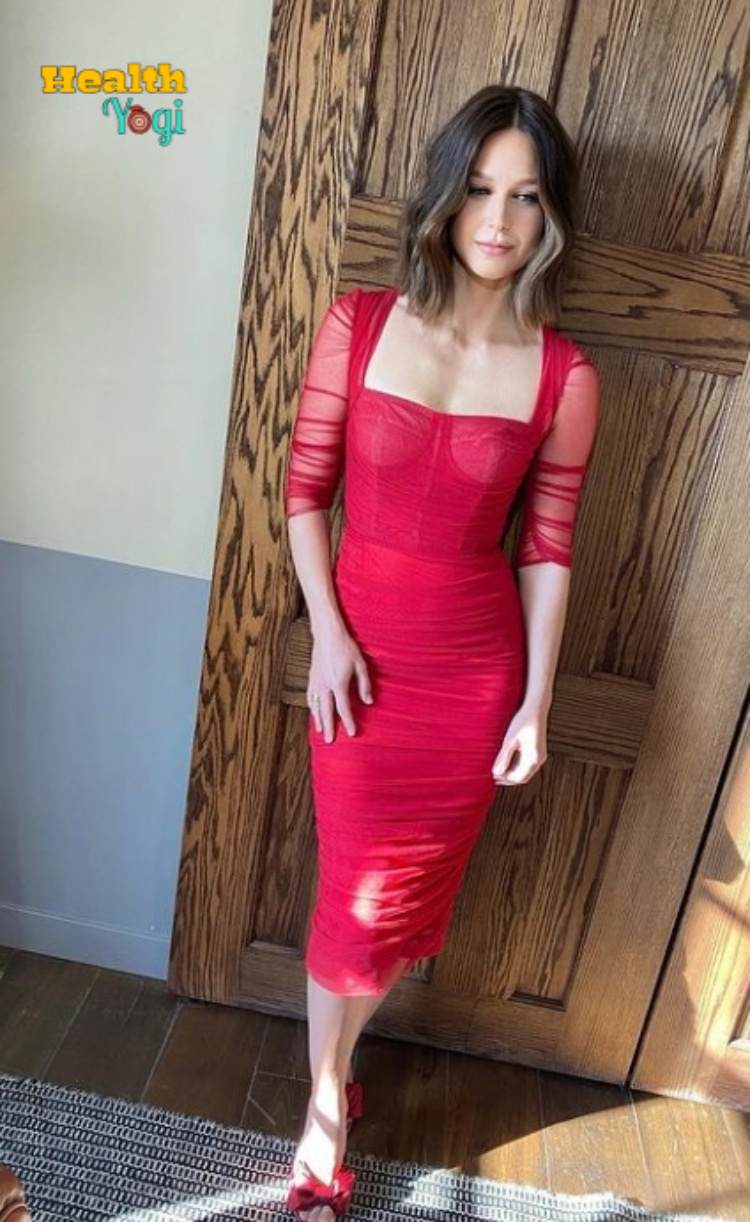 Melissa Benoist is not very active on her Insta page, So workout schedules don’t find much reflection there. But we researched several websites and interviews to get a good idea of her workout routine. Being a superhuman movie, Benoist had to work on her mobility, strength, and core. She considers herself a Pacifist and has abstained from waging scenarios altogether. But the ‘Supergirl’ training found Benoist being completely fluent at kicks and punches. 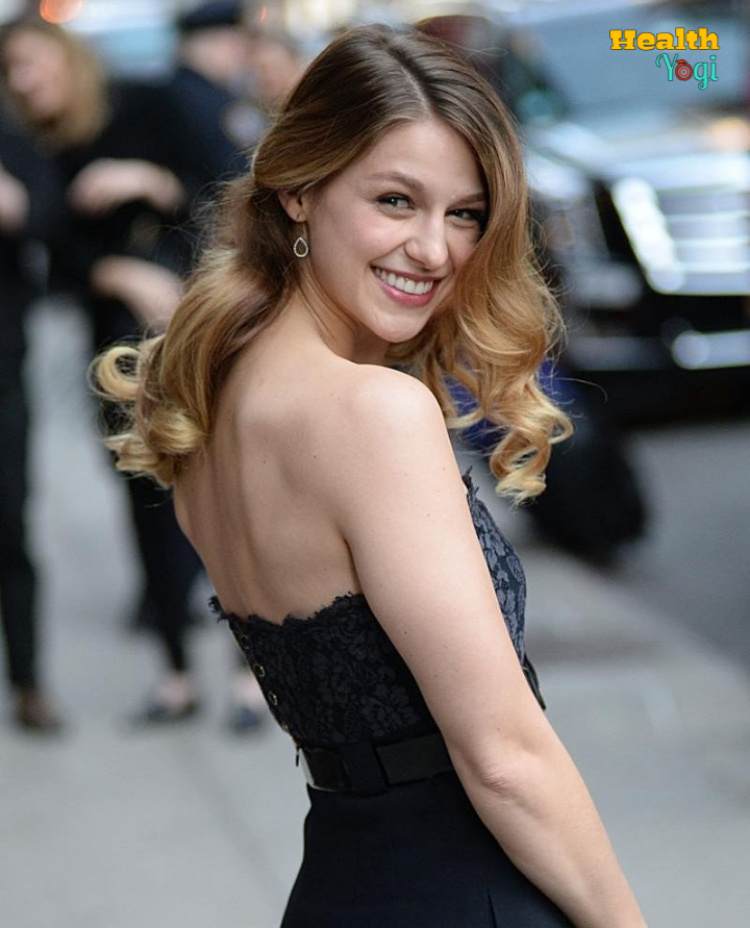 This is the first exercise that she mentions. Pilates finds a place in Benoist’s workout regime quite regularly. And her training sessions for Supergirl focused highly extensively on Pilates. Pilates are simple exercises that don’t require fancy equipment and are quite sustainable exercises given the resistance level.

Being an exercise that improves posture, Pilates promoted the body language needed for her role. Pilates improves the strength and overall tone of your body, giving higher energy levels that are required for a superhuman movie role. So, even if you are not into such processes, you can get some feeling of being superhuman through the toning and strength given by the consistent Pilates session.

Melissa confessed that being the nonviolent person she is, it was difficult to play punching parts convincingly. So, she took to boxing, in order to get her fighting skills on point. She focused on technique and especially learned how to punch without hurting her own fist. In fact, her fighting skills in the first season are directed by former kickboxing world champion Lexi Alexander.

So, you can also add any of such defense sports to your schedule and give a good punch to increase calories in your body. Because these activities increase metabolism and burn higher amounts of calories than a normal person even while resting.

Plyometrics is basically subjecting your body to its maximum intensity for a short period of time. Melissa calls this advanced exercise that she finds very tough, but it worked in her favor by improving her physical performance at fight scenes and stunts. So, you can also try and conclude if it suits your body type and if plyometrics is something you would like to try in your next workout session.

Dancing has been a part of Melissa’s life even before she got into the movie and music business. She says that Dancing and resulting flexibility help us in maintaining shape in the long run. She showed her tap dancing skills in a video for Glamour and she also revealed her training in ballet dancing.

Melissa posts several pictures of herself hiking and she is often seen stating that she prefers outdoor workouts. So, Melissa would really love her cardio workouts or core workouts in the form of some team sports or activities in the open air.

This is all about Melissa Benoist Workout Routine.

Melissa seems to have quite perfect eating habits. She says that she loves fruits and considers herself a foodie. Many sources claim that her relationship with food is quite chilled out. She eats whatever she wants but in moderation. And further, she tries to burn up the calories with an adequate amount of workout. 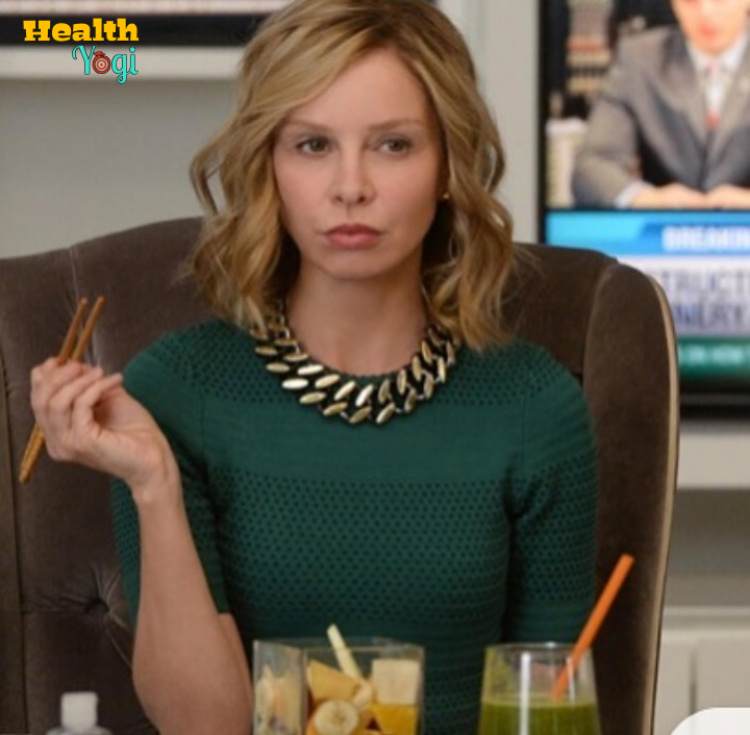 No, Melissa Benoist is not Vegan.

For her role in the Supergirl series,  Melissa had to up her workout levels but she supported it with good nutrition that provided enough nutrition to sustain the energy levels and strength needed for a superhuman movie. So, she loves fruit and vegetables that form a good part of her diet plan. Secondly, she had an intake of a lot of lean meat in a diet for that lean muscle that made her convincing as a Supergirl.

But, as mentioned, Melissa is not actually a dieter. She eats intuitively and in moderation. So she also has some junk on her platter, now and then. Especially sweet food like ice creams and vanilla caramels. In fact, her love for junk food has been incorporated into the series through her character’s love for donuts. So, you can have your favorite meals once in a while and not turn into a freak mode that makes your relationship with food highly rough and restrictive. Just take care of portions and remain physically active.

Here is a diet plan for a better idea.