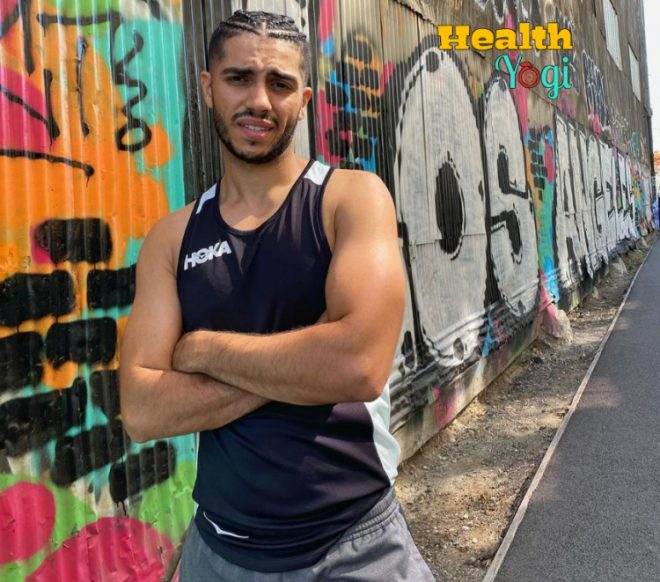 Mena Massoud Workout Routine and Diet Plan: Mena Massoud is an outstanding singer and Canadian actor who was born on September 17, 1991. Mena started his journey in the field of acting from the feature film “Let’s Rap” in the year 2015. He is best recognized for his iconic role of Aladdin in the movie Aladdin (2019), also from this movie he commenced his musical debut with songs A whole new world and One jump ahead.

Mena Massoud has been always sharing glimpses of his workouts such as calisthenics, cardio, yoga, etc on his social media. The Canadian singer has an incredible fan following of 2.2 million on Instagram, 140.2K followers on Twitter, and so on. Recently, fans are eagerly waiting for his Netflix show – The Royal Treatment which is going to be premiered on January 20, 2022, worldwide. On sharing his first look from the show enthusiasts are praising it a lot. Mena Massoud has always been physically active & played basketball during his academy days. He is a keen fitness lover & regularly does his workouts without fail. So, if you want to know Mena Massoud workout routine and Mena Massoud diet plan, then scroll down the article. 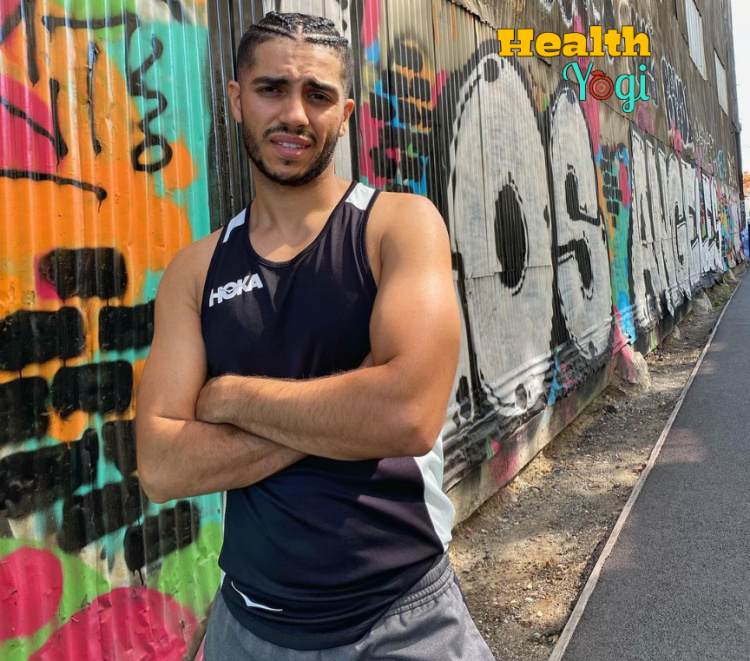 Mena Massoud is a keen basketball play & fitness enthusiast. He is always updating his fans with his workouts like posting gym videos, pictures, etc on his social media handles. As we can witness the toned & ripped physique of Mena Massoud in Aladdin, he impresses and inspires his fans too. But behind his toned and sculpted body shape, Mena Massoud workout routine is the leading cause.

The Canadian actor Mena Massoud or popularly known as Mena is a great singer and fitness inspiration too. Mena said in an interview that he goes gym four days a week, where he forms different forms of exercise. Mena Massoud follows a vegan diet to stay healthy and fit. His fans would be amazed to know that he well performs calisthenics, cardio, and yoga with his gym coach. Though the actor Mena Massoud workout routine is strict as he says he enjoys doing it.

The 30-year-old Canadian-raised actor Mena Massoud played the character of Aladdin and hold the audience attention’s with a strong grip. Mena Massoud gave an epic performance as Aladdin and been a common household name very soon. So, we are going to share the vocalist Mena Massoud workout routine with you all. 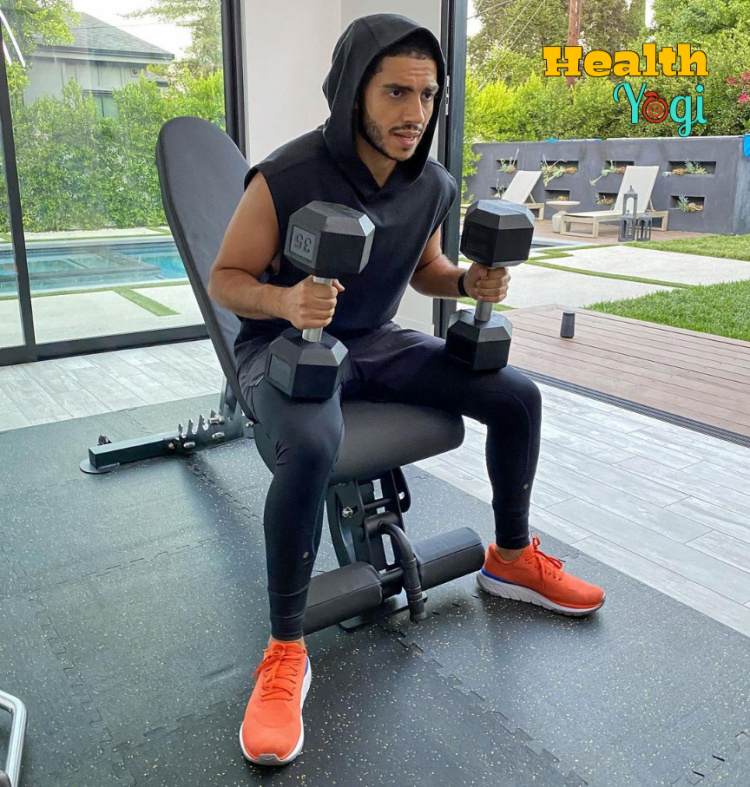 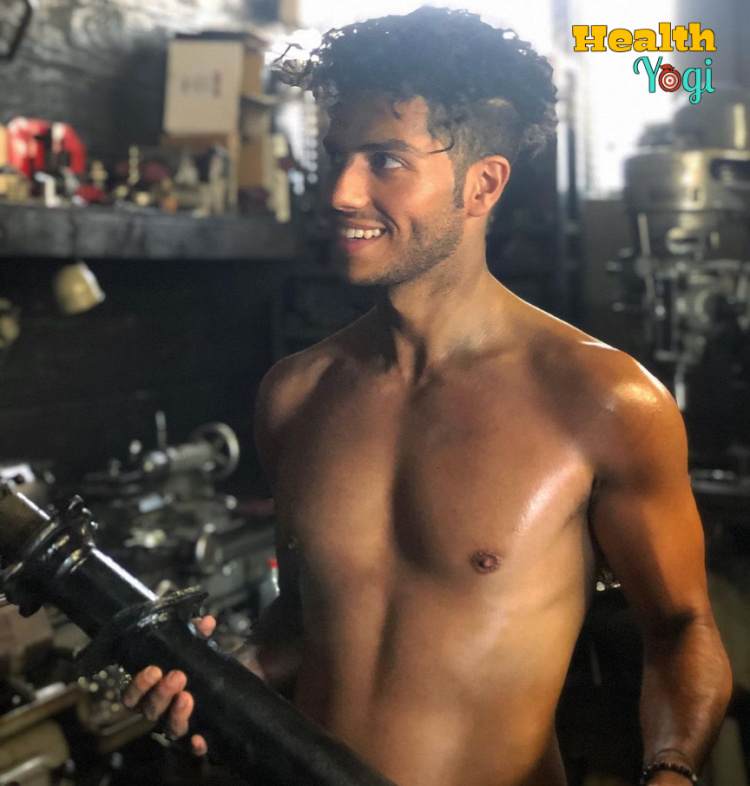 Start with a warm-up

No.of reps – as comfortable for 1 min with alternate legs

No.of reps – as much as possible in 60 seconds

This is all about Mena Massoud workout routine that he performs to look toned & lean. Mena Massoud started that to look perfect for the characters I play, I always sweat out a lot on my body. The look that the audience witness on-screen is a blend of rigid workouts and a vegan diet that I follow religiously. His workout schedule is a perfect fitness inspiration for this youth generation.

Mena Massoud has switched towards a vegan diet five years back & he said in an interview after the release of Aladdin that he feels better & his body is well-balanced y adopting this vegan diet lifestyle. He has also started “Evolving Vegan” to make others aware of the benefits of embracing a vegan lifestyle and cutting out non-veg stuff, alcohol, high-fats, etc from the diet. So, Let’s see Mena Massoud diet plan that he prefers to keep his physique healthful and fit. 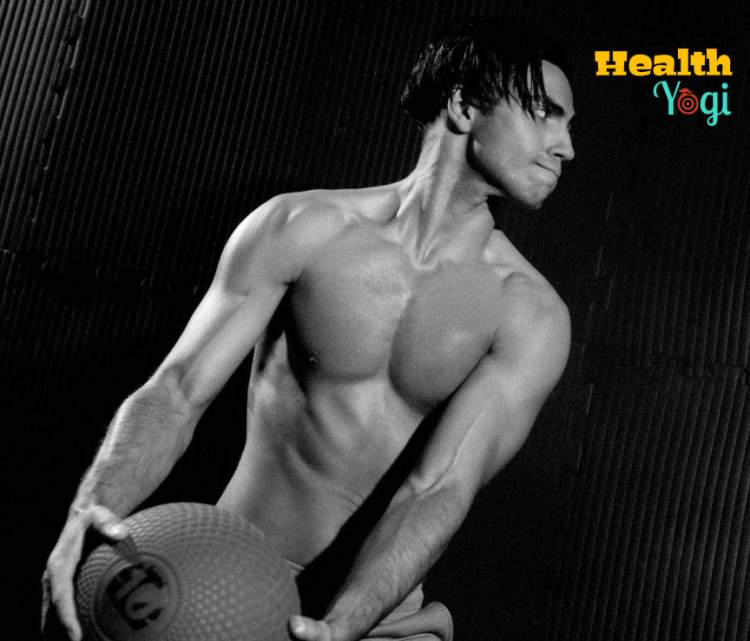 Is Mena Massoud a vegan?

Yes, Mena Massoud has a transition towards a vegan lifestyle.

Mena Massoud is constantly trying to motivate people about evolving vegan products and it’s privileges. This is all we have about the Mena Massoud diet plan which is entirely revolving around a plant-based diet & vegan lifestyle.

This is all about Mena Massoud diet plan.