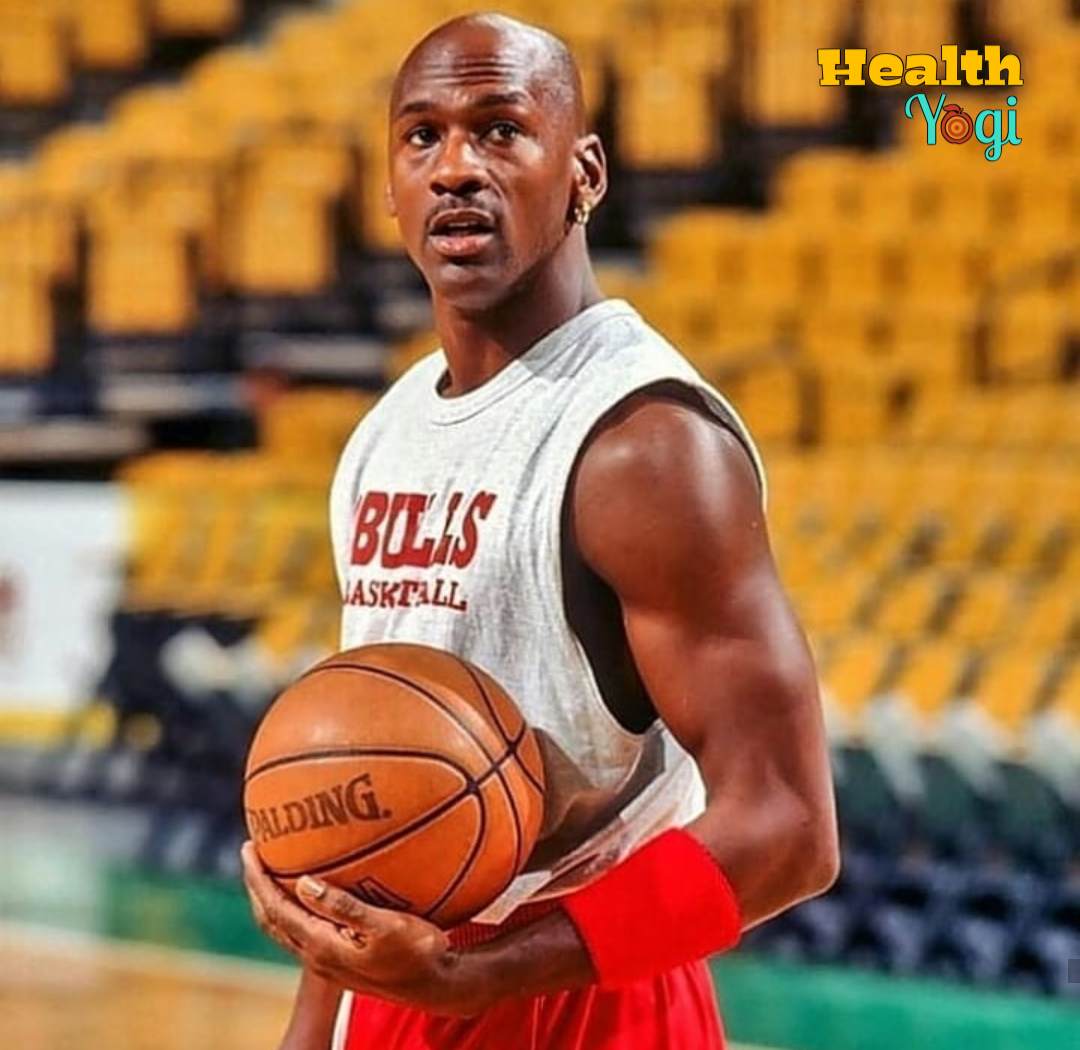 Michael Jordan Workout Routine and Diet Plan: Michael Jordan is the best player or you can say the revolutionary player that changed the world of basketball. You may have seen Jordan doing shows and all that stuff, he’s a Billionaire and without any doubt a brand. Seriously I mean he’s the best brand I have seen, air Jordan’s are the world’s biggest shoe brand. So yeh, Jordan started his career with the basketball game. He was a shooting guard for the Chicago Bulls when he got the Air Jordan name. 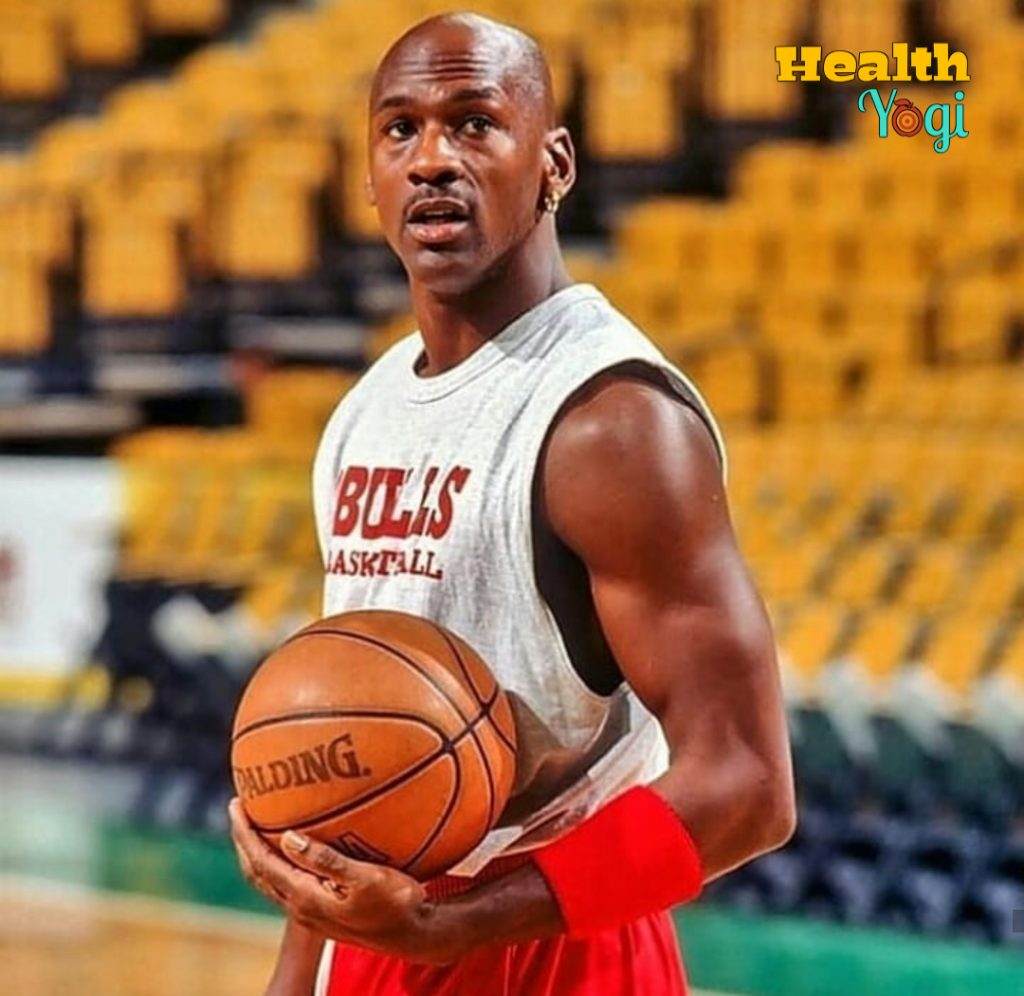 The workout for Michael Jordan has always been part of his life, at the start when he thought about lifting weights he was really not sure about doing a workout in the gym. As he thought, maybe it will affect the play and his ability and other things. So he started it as a 30 days experiment but now it’s been more than 15 years and it’s been amazing for Jordan. 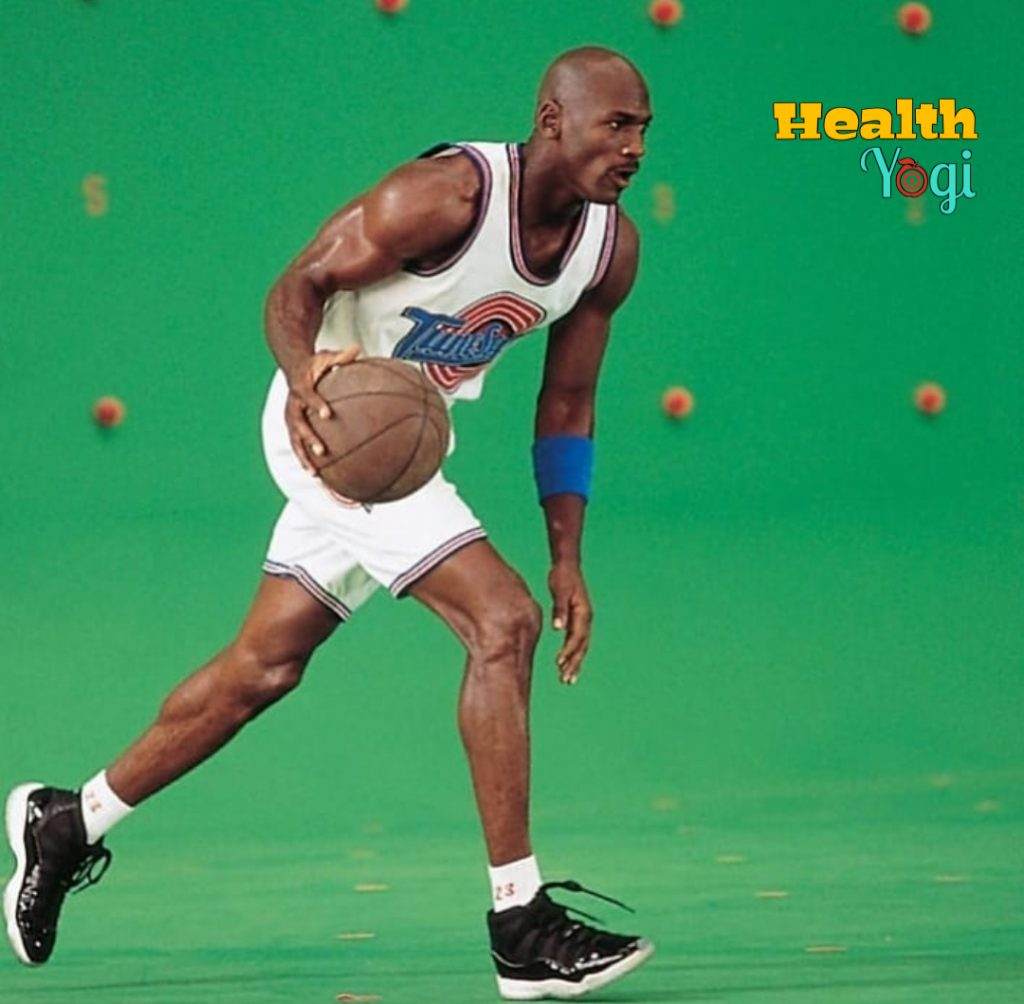 Now it’s what he does when he’s not going on court to see the players and play with them or when he’s not on a business trip or doing some show. This is what Michale Jordan loves to do.

Michale Jordan loves to work on his agility even though he has retired he doesn’t want to give up his stamina. Just in case some player calls him on and says I’m a better player, he still can kick his butt when that happens. It has happened I don’t know the NBA player name but on training, Michael Jordan manhandled the guy and won 11-5 on one on one after retirement. So yeah he likes to work on his agility for 1 hour.

Agility training of Michale Jordan consists of a circuit that involves, agility ladder, steps, running back and forth, dribbling, shooting, ball handling. He repeats the circuit and does it for 1 hour, yeah, in the end, he does take little rest. 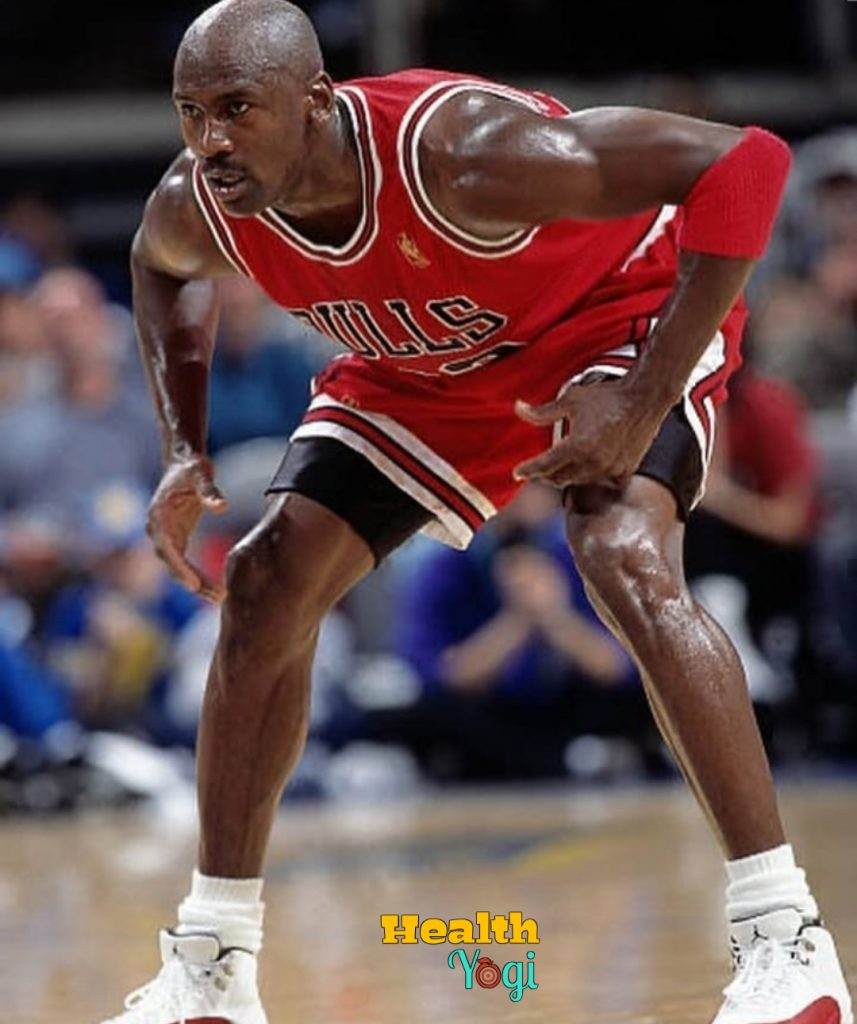 Weight training for Jordan is really a must-do thing he likes to train his muscles 5 times per week.

On chest day he does Bench Press, dumbbell press, incline bench press, flat bench dumbbell flys, cross cable flys, and push-ups. He does around 3 sets of 10 to 15 reps. He likes to increase the weight as he goes.

Shoulder day, he does military press, Arnold press, side lateral raises, front rows, shrugs, delt flys. Again in this too he does around 3 sets of 10 to 15 reps.

On this day he does, biceps and triceps both start off with dumbbell curls, barbell curls, pulley curls, cross hammer curls. Then he goes to triceps, in that he starts off with skull crusher, dips, tricep pushdown, reverse tricep pushdowns and dips. Again 3 sets of 10 to 15 reps.

Leg day is the best day, in leg day Michale does squats for warm-up, then goes to weighted back squat, leg extensions, leg press, stiff leg deadlift, and calf raises. 3 sets of 12 to 15 reps.

Core working is a thing that Michael Jordan takes very seriously, he trains his core 2 times a week. He does exercises like crunches, leg raises, hanging leg raises, weighted crunches, v hold, plank, bicycle crunches, etc. He uses a medicine ball too while doing core exercises and before the weight training program he always stretches and trains with a medicine ball.

This is all about Michael Jordan workout routine.

The diet plan of Michale Jordan actually has been improved now than the time he used to play, but yes that time he used to train for at least 5 hours in a day and now is a different story. 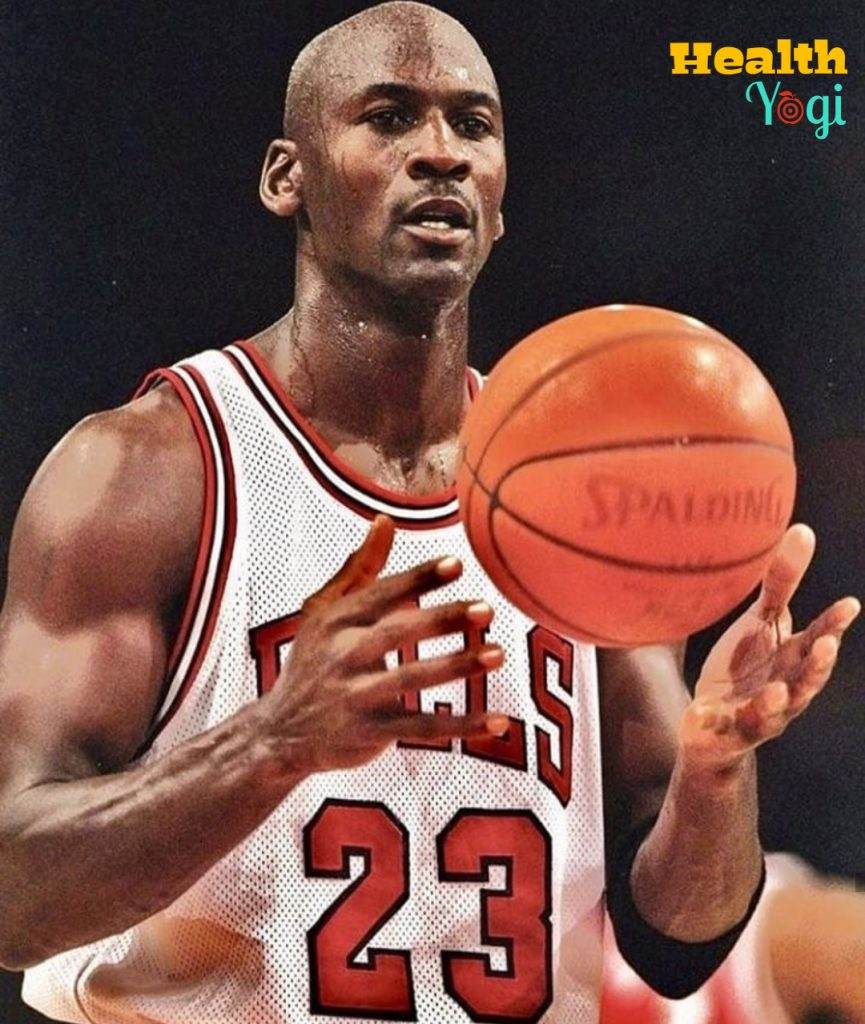 The breakfast of Michale Jordan consists of oatmeal with some blueberries, some egg whites, juice, bread, etc. He usually takes a good amount of breakfast, not too much but not little either.

At lunch, he prefers to eat foods with vitamins, protein, carbs and other nutrients. So he focuses on eating chicken, seafood, salad, whole grain pasta with a nice protein shake. 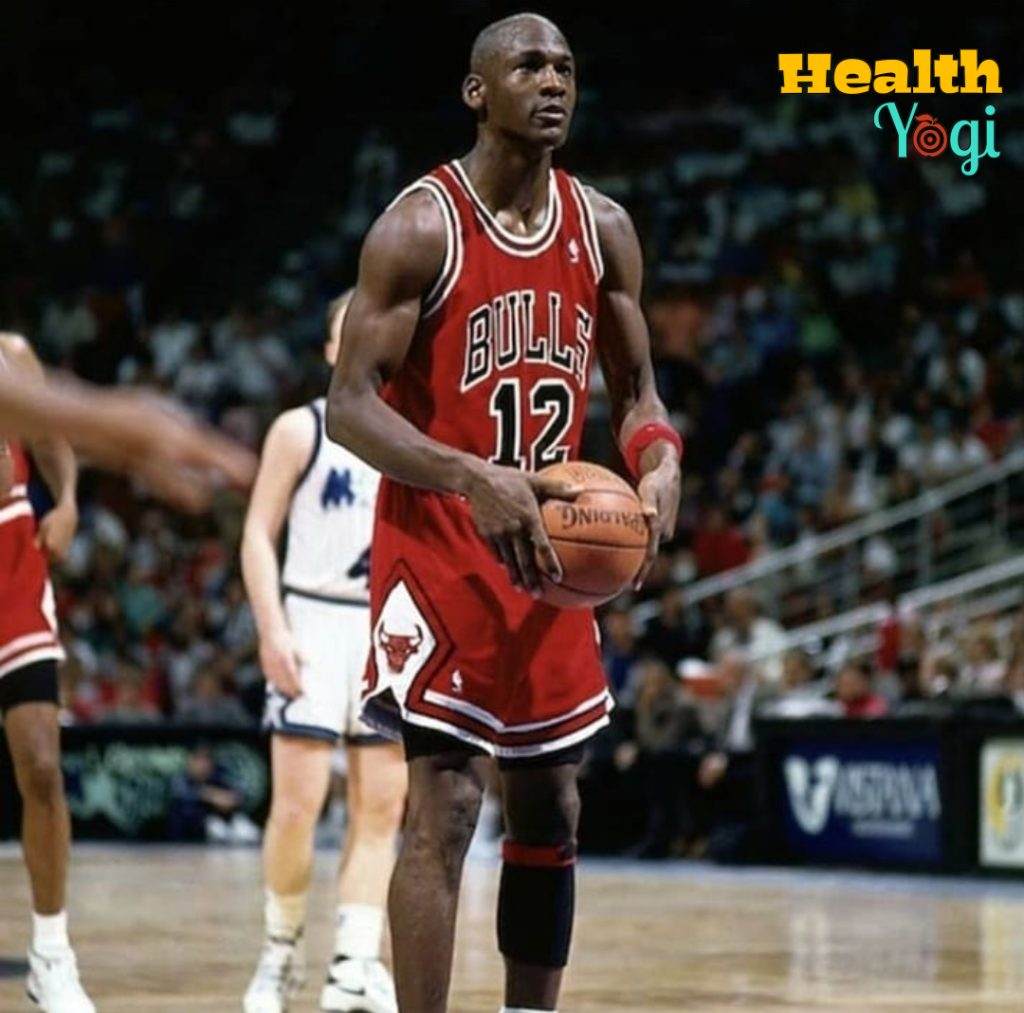