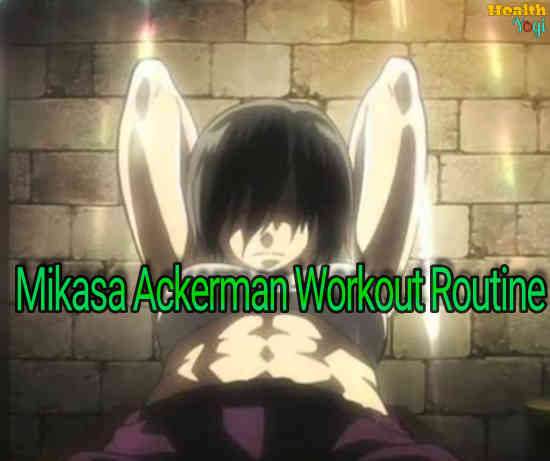 Mikasa Workout Routine: Mikasa Ackerman is an anime character from one of the best Anime ever created, “The Attack On Titans.” I love the anime, and I’m sure you also love it as much as I do.

Mikasa is one of the most robust characters in the series; She is also the anime’s main character and known for her physical appearance and fitness. So if you also want the Mikasa Ackerman workout routine, then keep reading.

Mikasa is the strongest human in the whole series, meant to surpass even Captain Levi at some point. We have seen how the series is going right now towards the end of the final season. I’m sure Manga readers already know how the series will end and who will be serving in the end.

Originally the creator/writer wanted to kill all of them, but due to peer pressure of fans, it got changed to an ending that will still make some people cry but won’t disappoint the watchers.

Now, as we know, Mikasa is an elite soldier deserving to be the best scout ever. Hence, her abilities, like in the blood that she carries, and that’s why she is so strong. Mikasa almost has superhuman strength, speed, sense, and control. All of that makes her the best human species alive in the whole series. So how does she train, and what can you do to train like Mikasa?

To figure that out, let’s look at how she got built; Mikasa has trained as a military soldier. You will see her running, doing weapon training, combat training, fighting skills, etc. There is way too much going on in Mikasa training that has given her abs and pre muscles. I have also seen many people writing a workout about Mikasa and not knowing what they are talking about, which is stupid as people believe in them.

Many websites are also giving an entire weight routine for Mikasa, which she never did. So I will be giving you a pretty similar workout routine as Mikasa that will undoubtedly give you a body shape and fitness like Mikasa after a few months of training. We will be working out five days a week and resting on weekends. 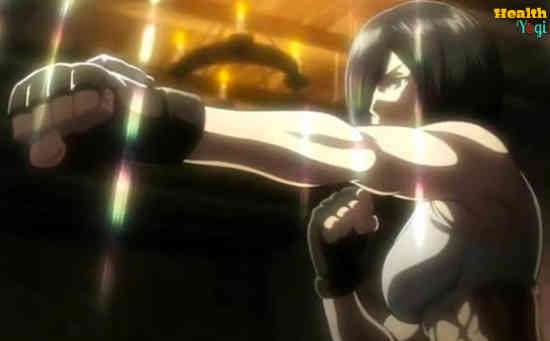 Starting with cardio, Mikasa is quite agile and fast. Her stamina is incredible, and she can keep up with anyone for a reasonable distance at her full speed. So for that, you need to run 3 to 5 miles every day. Speed doesn’t matter; you can run fast or jog; the aim is to burn calories and gain stamina.

As we saw, Mikasa excels in combat training, whether it’s hand-to-hand combat or weapons training. So I would suggest you join an MMA gym near you and do an hour of fighting workout. I won’t explain much about this workout, as I don’t specialize in fighting training. So the best way is to join an MMA gym and learn from the trainer.

Now many people think Mikasa would be training a lot of weight training and doing a bodybuilder routine. Well, that’s not true. She would not be doing anything like that. The most you will see Mikasa doing if she will be working out with weight is strength training.

She won’t restrict her flexibility and movements by doing a bodybuilding workout as that suits her best. The most she will do is strength training that helps her getting more robust and not super bulked up.

That’s all for the Mikasa Ackerman workout routine.