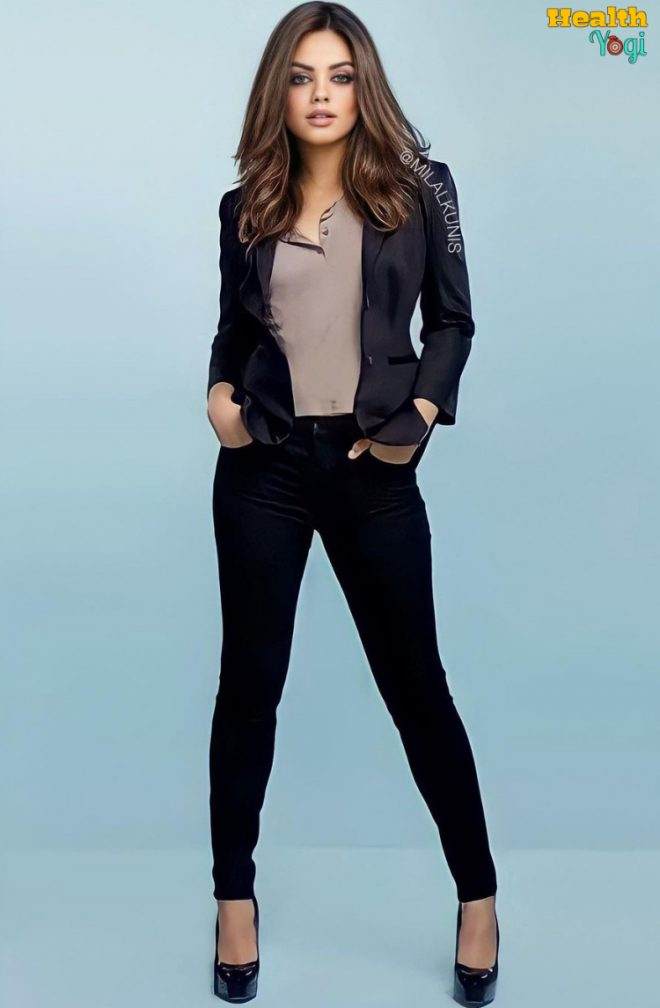 Mila Kunis Diet Plan and Workout Routine: Mila Kunis as Ani FaNelli in the latest Netflix release ” Luckiest Girl Alive ” is making rounds throughout the internet. With its mystery, drama, and just the right pinch of sensation; the series has received good reviews and backing from the audience. This is an adaptation of a  2015 novel by the same title.

Mila Kunis already has a lot of credits in her filmography alongside the present one with Black Swan, Jupiter Ascending, Forgetting Sarah Marshall, and others. In this post, we will trace Mila’s age-defying workout and diet routine. 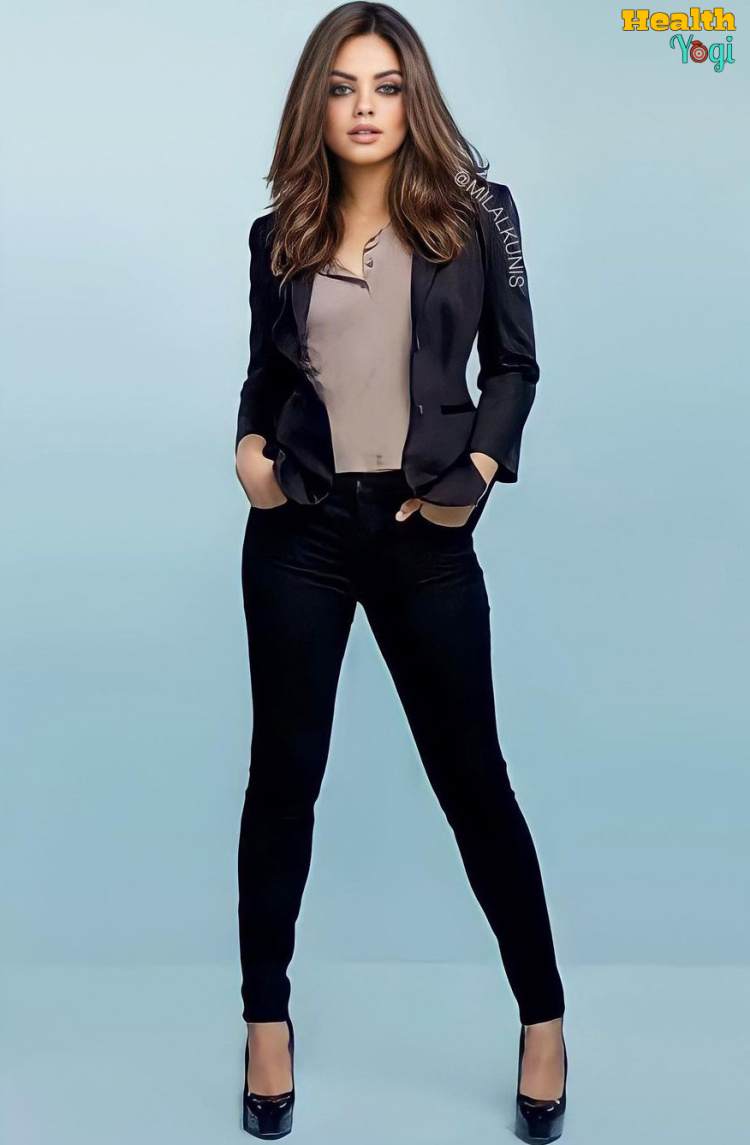 Mila Kunis is an example of perfect aging. She is the mother of two children and is currently very active in her acting career. Being motivated definitely helps, but good health provides a backing like no other for your dreams. Mila’s approach towards workout is that of enjoying it to reap the best benefits. Here’s what Mila does to maintain an agile and active body.

Many fitness content creators have tried to make a Mila Kunis-inspired Workout routine and most of them involve a lot of movement, blood pumping, and endurance exercises.

Mila Kunis has a special workout regimen prepared by celebrity fitness trainer Brian Abercrombie. Brian calls this P.A.S.E an acronym for Power, Agility, Strength, and Endurance. The trainer recommends this regime for its full body burning and because it improves every aspect of health.

P.A.S.E employs a 40 minutes circuit without any rest and usually contains Stretching through Yoga, then Cardio, strength training through deadlifts, and then endurance exercises through squares, planks, and pull-ups.

The actress followed a strict diet that falls in the line of fad diets, and we would not recommend it as it is unsafe.

For her role in Black Swan, the actress adhered to a 1200 calories diet and 5 hours of training for her role as a ballerina every day a week. The actress also took a traditional high protein low carb diet and included smoking for weight loss which is very unhealthy and counterproductive in the long run.

According to Jacken Gorilla, the actress works out 5 days a week and follows a maximum effort method while training. This results in progressive overload and gives maximum results. Three days a week the actress follows traditional training gyms and for 2 days practices MMA or hiking or any other outdoor activity.

MMA is becoming quite a common workout routine among celebs nowadays. It’s not just because of its physical benefits but also its mental effects that improve moods and mental health by helping the body in secreting happy hormones that keep your mental health balanced.

The actress is inclined toward a high-intensity workout but sometimes engages herself in soothing workouts like Yoga and Pilates which are equally challenging especially Pilates. She resorted to these workouts, especially during her pregnancy, and revealed that she got impressive results. You can also add Yoga and Pilates to your exercise regime twice or thrice a week.

The Actress loves outdoor sports and likes to have a couple of workouts outdoors. This is important for maintaining consistency in one’s approach as he/ she enjoys the exercise that his or body is being subjected to and it brings out maximum efforts and results. The actress goes Jet Skiing in Summer and Snowboarding in winter along with occasional skydiving for an adrenaline rush. Here is a list of exercises that the actress includes in her Circuits

You can also design a circuit with as many reps as you are comfortable completing with maximum effort.

This is all about Mila Kunis Workout Routine.

Mila follows a naturally lean diet and sometimes munches on her favorite snacks like burgers and Chinese takeaways. She calls a finely aged wine her bestie. For her role in Black Swan, the actress went on a very restrictive diet which consisted of lean protein in the form of chicken breast and some carbs through Quinoa and Brown Rice.

The actress came back to a healthy weight as soon as the shoots were completed. Usually, her diet consists of Avocados, Chicken, Flaxseed oils, Salads, Beans, Find sh, some carbs through different pieces of bread, and coconut butter.

No, Mila Kunis is not vegan.

Here is a diet plan that you can follow in order to have a beautiful, agile body like that of Mila Kunis. But please remember everybody is different and you must not over-exert yourself either in exercise or in diets. Follow if it suits your body.

This is all about Mila Kunis Diet Plan.