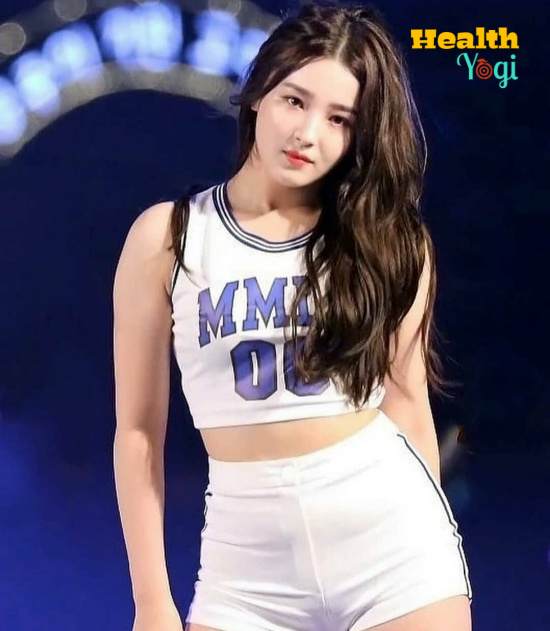 Nancy McDonie Workout Routine and Diet Plan: Nancy is a singer and actress from South Korea; she is also a member of the famous girls Kpop band Momoland. Nancy also got known for her shocking transformation in which she saw gaining weight a lot, and now she is slowly getting back in her shape and looking good. So if you are also interested in knowing the Nancy workout and diet plan, then keep on reading.

Momoland was formed in 2016 and got famous for its song Bboom Bboom, which became a global song and made each of them memorable. Especially Nancy, who was the center singer of Momoland at that time.

In the interview in Korean show, Nancy also stated that she and all other Momoland group members went on a strict diet about which we will talk later, and she also said that she was doing the work out every day and going to the gym.

After that, she suddenly started gaining weight, and the reason was her eating disorder, which she told later when there was so much hate regarding Nancy’s weight gain. Nancy came back and lost a lot of weight, and now she looks better than she was in her debut. She is not super slim or super thick. She has maintained a perfect shape that you won’t be able to see in many Korean idols. So let’s see what Nancy did to lose some weight. 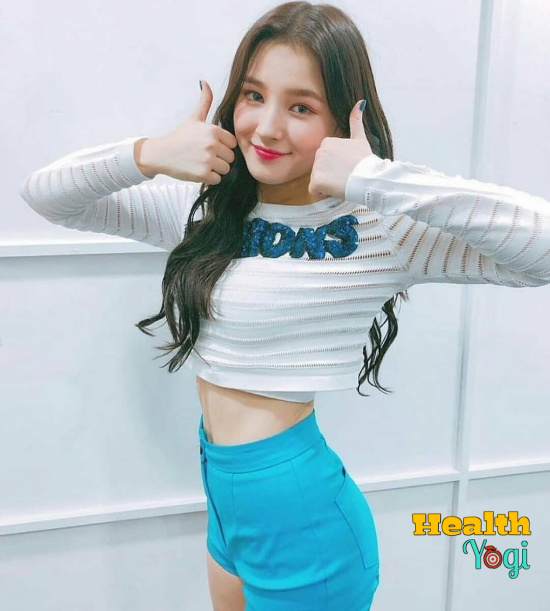 The workout routine of Nancy starts with the basic things that each Kpop idol has to do is regular dance practice in the studio. Although currently, she isn’t going to dance practice every day, they still try to hold the method as much as they can each week.

So dancing is a massive part of Nancy’s workout, and it helps as an excellent cardio calorie-burning routine while providing her a flexible body as well.

Now Nacy used to say that she was going to the gym during her debut; however, after 2018, we never saw any information or pic of Nancy going to the gym and working out. So I’m not sure if she is still doing all the gym workouts or has started doing the exercises at home by herself.

There is no telling about it, so the best guess I could have about Nancy’s routine is that she must be doing some bodyweight exercises to get that curvy body shape. Even though I don’t know what Nancy does to keep her body in shape, I can still provide you with a great workout routine that will give you a body like Nancy.

That’s all for the Nancy workout routine. 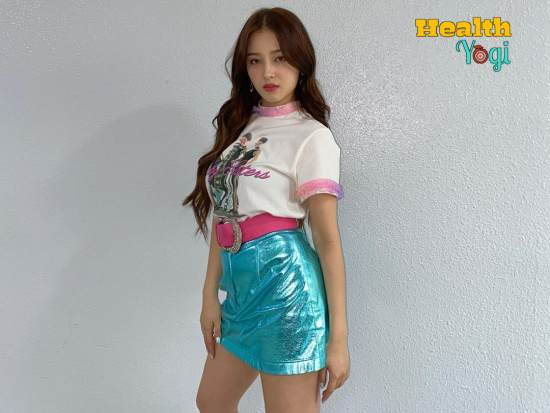 Now about the diet that she took before her debut, in one of the interviews, Nancy talked about making food that contains two cucumbers, two apples, and 200 gm chicken breast the whole day. That’s all they ate before they made the debut album after that, Nancy started eating a lot of food, and it turns out she also has an eating disorder because of which she gains weight very quickly.

Nancy was eating everything from dumplings to pizza, burgers, etc., which she still enjoys but occasionally. So all of that turned out pretty bad for Nancy after that year there has not been any update about Nancy’s diet or what she eats.

I’m guessing she is not following that debut diet; she would have been super skinny again, so the best would be to think she just started eating less fatty food and increased the number of healthy foods in her diet. Another thing that they do is that all of the members drink a lot of water every day, which helps with their metabolism, detox their skin, and gives it glow.

That’s all for the Nancy McDonie diet plan.