You will be inspired after reading Paige Vanzant Workout and Diet Plan. Paige Vanzant is an American mixed martial arts fighter, she is also a model and you must have seen her in the TV series Dancing with stars where she made her appearance. So yeah you can say she is an all-around entertainer and a fighter as well. 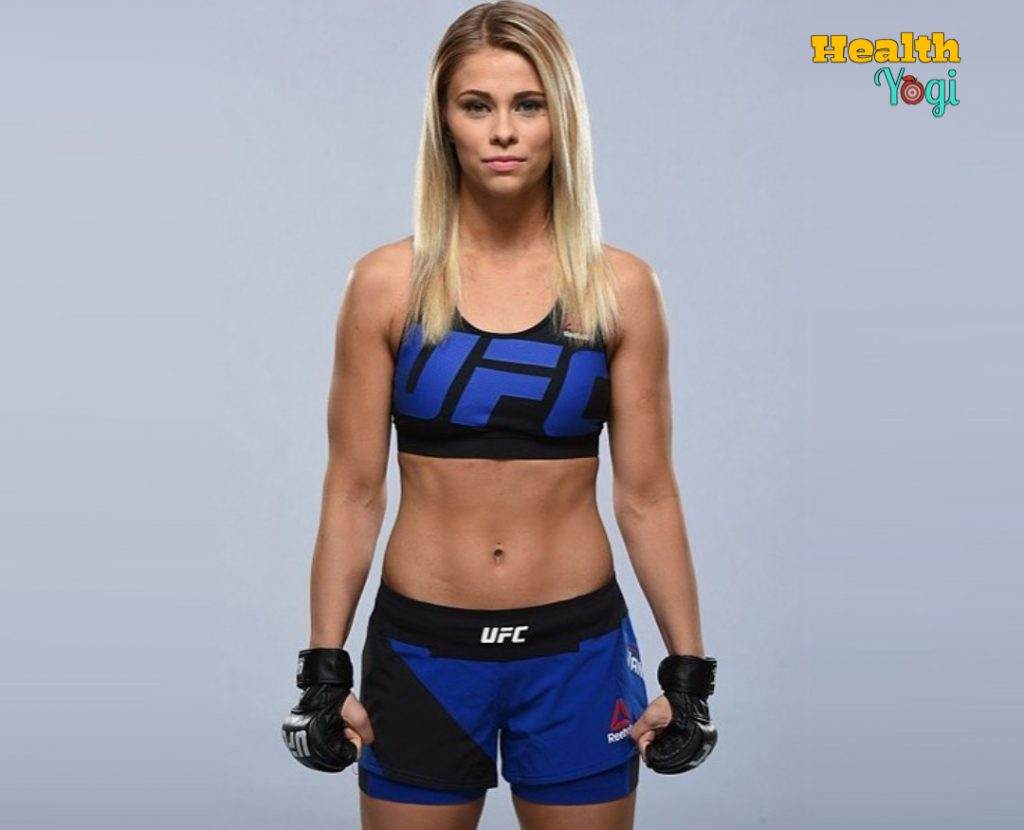 Leaving the entertainment part aside, when it comes to fighting she gives her all as it is what she likes to do and what she does every day. She also holds a blue belt in Brazilian jiu-jitsu and that plays a major role in her fitness and body shape as well. So if you also want a body built like Paige Vanzant don’t worry we will tell you a lot today in this article Paige Vanzant Exercise Routine and Meal Plan. 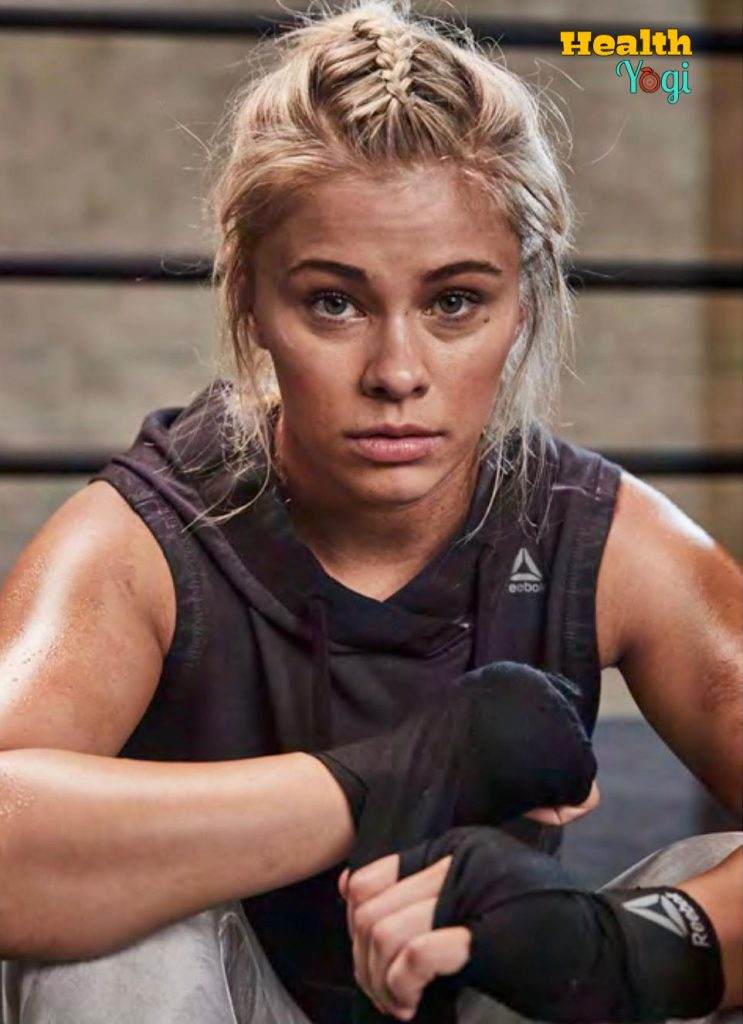 The workout routine of Paige Vanzant is a mixed routine of cardio exercises, weight training, bodyweight exercise, mix martial arts training, and jiu-jitsu training as well. You may have seen her posting some exercises in her social media account as well, while most of them end up getting viral too. So let’s see what are the things that she does in her daily workout routine. 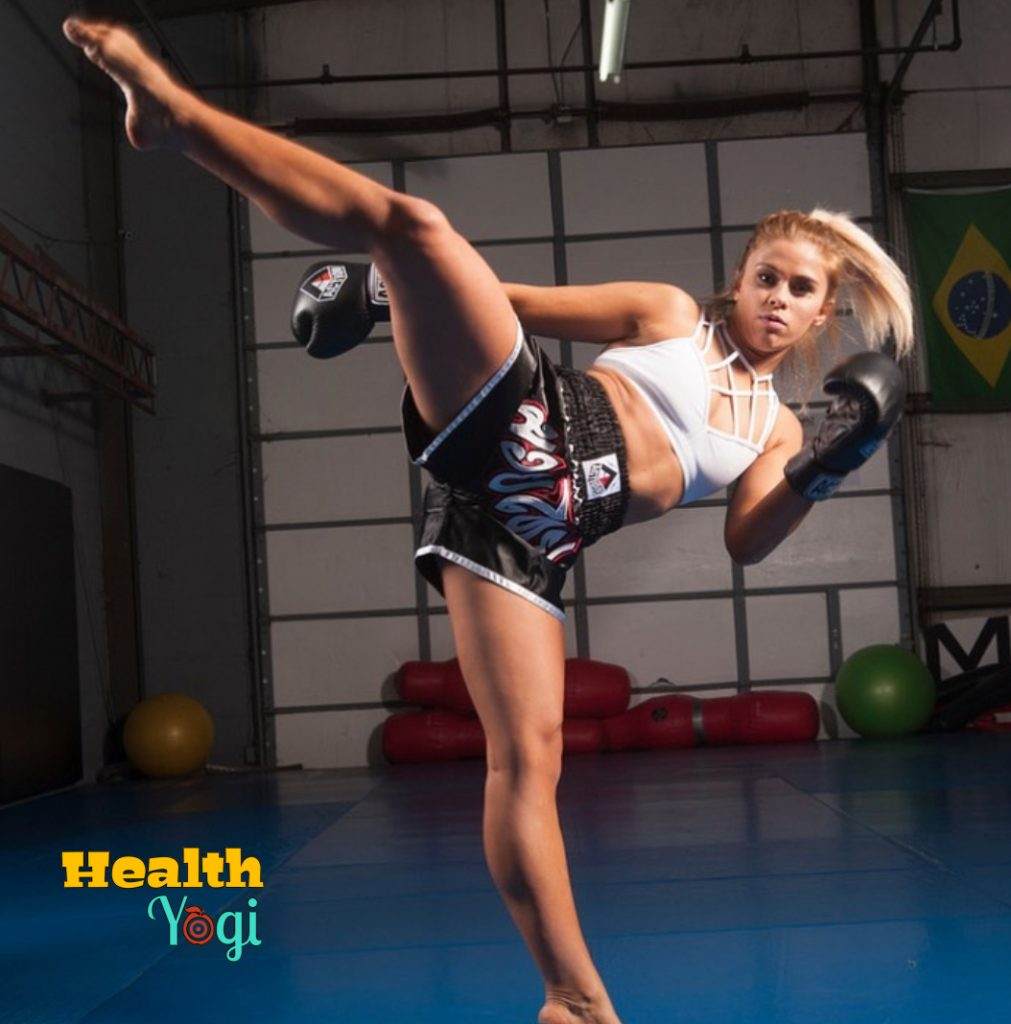 Weight training is also an important part of her workout, she likes to do lots of compound exercises as well as functional exercises like deadlifts, snatches and mix them up with dips and lots of other things.

You may have seen her posting a lot of photos in her social media account where she is doing lots of weight training for arms, back and chest also doing lots of deadlifts and snatch.

So Paige Vanzant’s weight training routine is an important part of her daily workout routine and it helps her maintain strength for fighting.

One of Paige Vanzant daily workout routines also consists of doing exercise with just bodyweight and focusing on a full-body workout. So she does things like 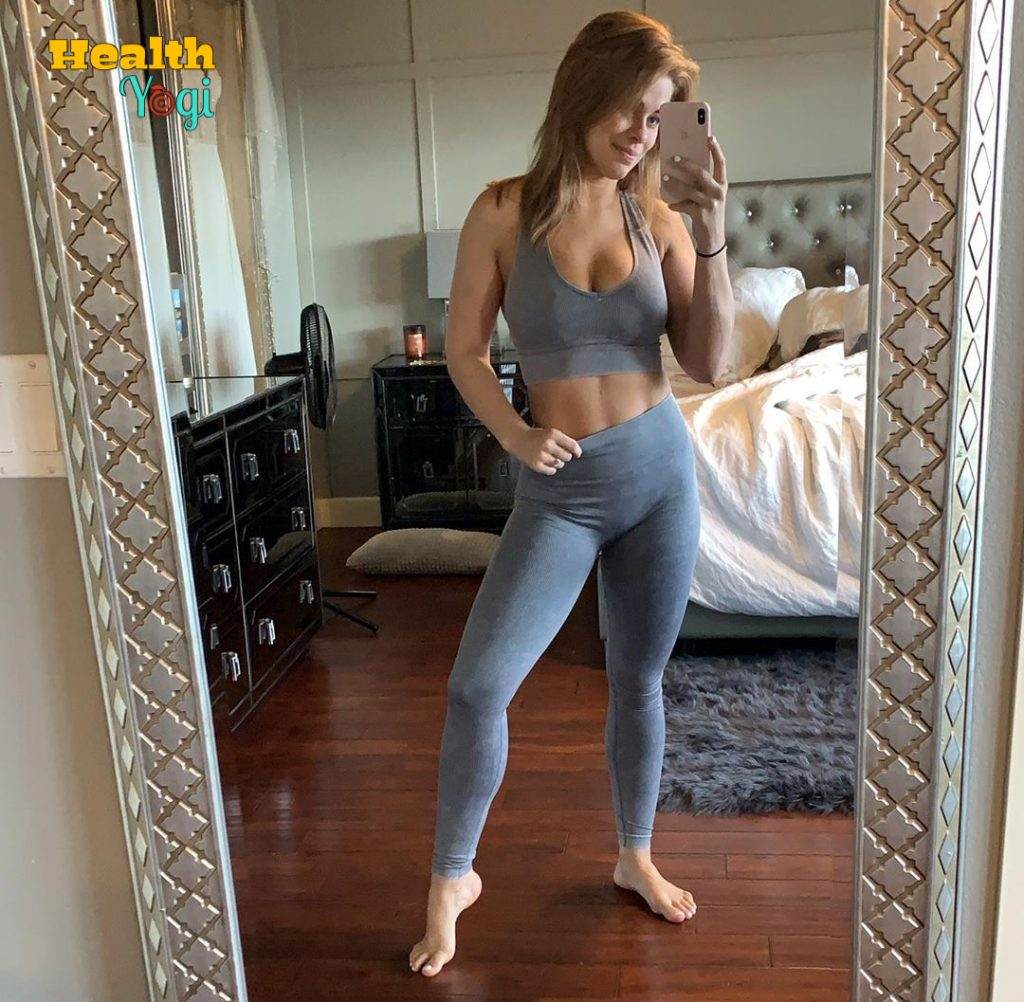 There’s also her usual mix martial arts training, she usually gives an hour or 2 practicing her jabs, kicks, defense, attack, etc. She also combines her jiu-jitsu training and her kickboxing training in this workout routine. This is one of the hardest yet the most effective workouts of her daily workout routine to build her stamina and strength and also sharpen her reflex.

There’s another thing she likes to do before she goes to bed, it’s her bedtime yoga. In this, she just does some yoga stretches and lets her body be relaxed before she can sleep.

Talking about the diet plan of Paige Vanzant it mostly consists of eating 4 to 5 meals, she likes to eat a lot as her body needs constant food and fuel. She also said that if you want to be healthy make sure you don’t skip food and eat 4 to 5 times a day or else your metabolism rate will drop and you won’t feel good as well. 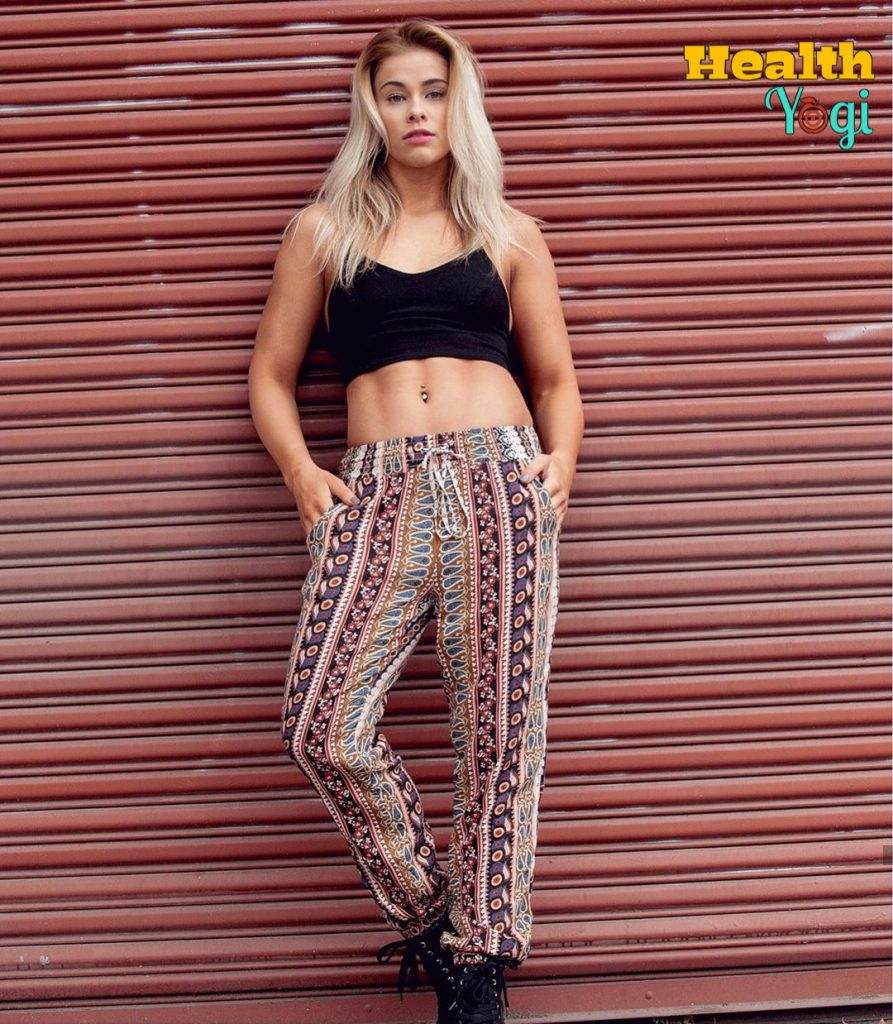 Also according to Paige Vanzant, you need to drink as much water as you can so take gallons of water if you have that will really help you lose weight and stay fit. 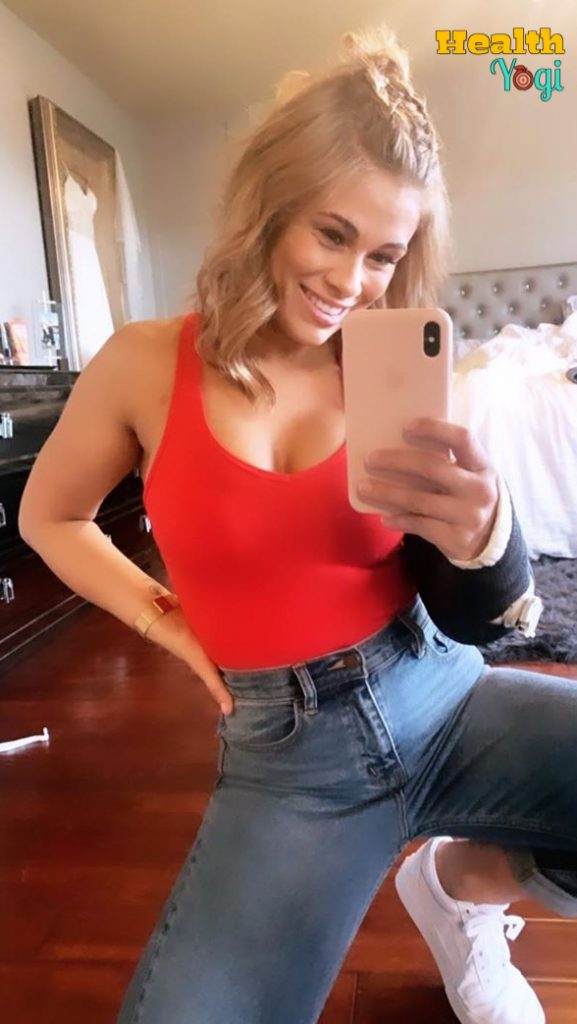 This is all about Paige Vanzant diet plan.