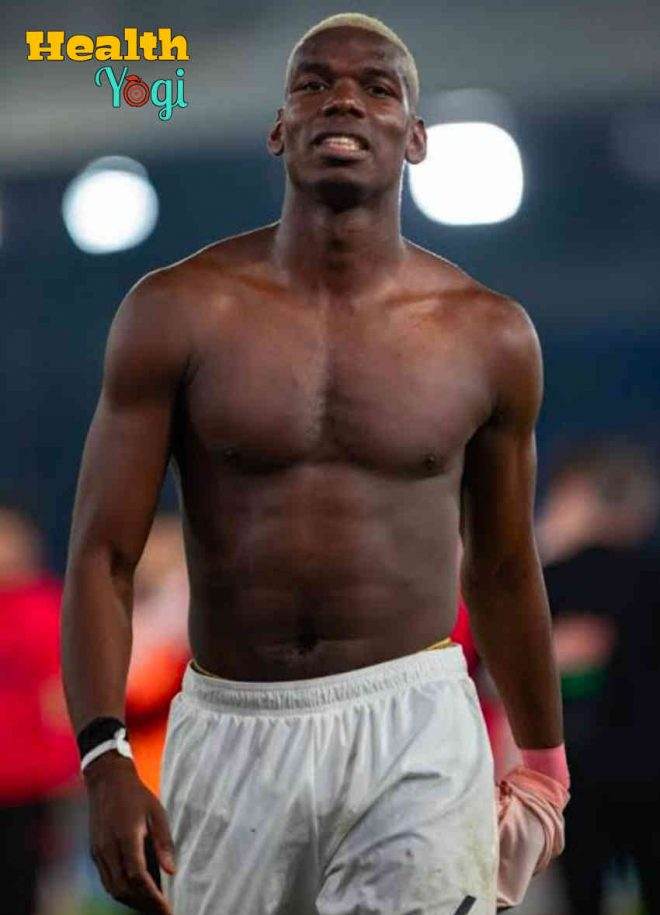 Paul Pogba is undoubtedly one of the best players, and you will see him get even better. Besides his plays, Paul Pogba also gets recognized for his fitness. So if you also want the Paul Pogba workout and the Paul Pogba diet plan, keep reading. 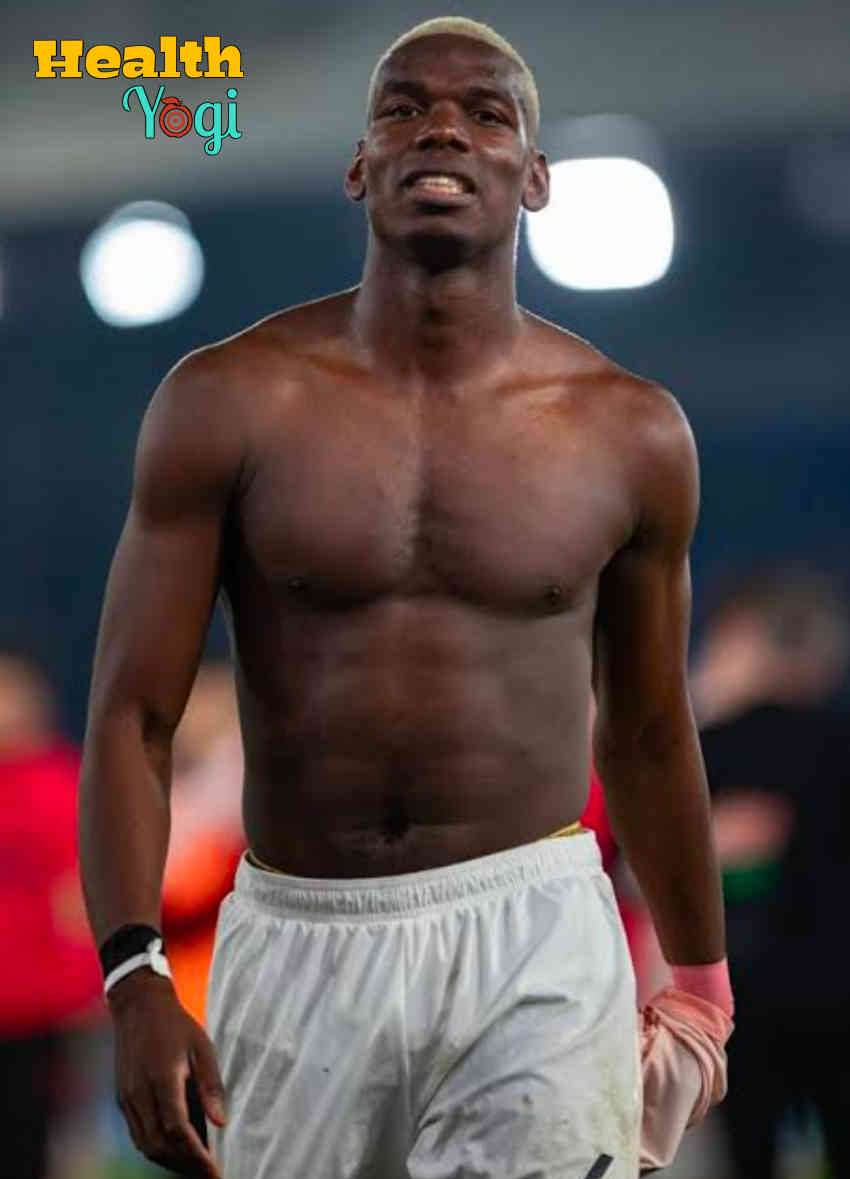 Paul Pogba is an athlete and footballer known for being one of the best midfielders in the whole of the Manchester United team. Besides that, he has also made a remarkable comeback after his previous injury, a more significant and even better player. Paul Pogba is known for his excellent dribbling skills and strength. The tall and big Paul Pogba is one of the strongest footballers. So now, if you also want to learn more about how Paul Pogba keeps himself fit and healthy, then keep reading.

After reading and going through some research, I was able to get some information about Paul Pogba’s workout routine. You can see this video of 2020, where Paul Pogba was training to make a comeback after his injury. Paul Pogba was still training his core, lifting weights, doing some basketball, and doing many cardio workouts. That’s not so far from what Paul Pogba does in his workout routine during the off-season or in the camp.

So to get a fitness like Paul Pogba, you would need to work a lot on your cardio to get that stamina and agility. After that, we will also work on our strengths and conditioning workout. However, you will need to hire a trainer for the football drills and practice, as I couldn’t find many details about Paul Pogba’s football routine. Plus, everyone has things they have to work on, and you can only find out after working with a coach or trainer. 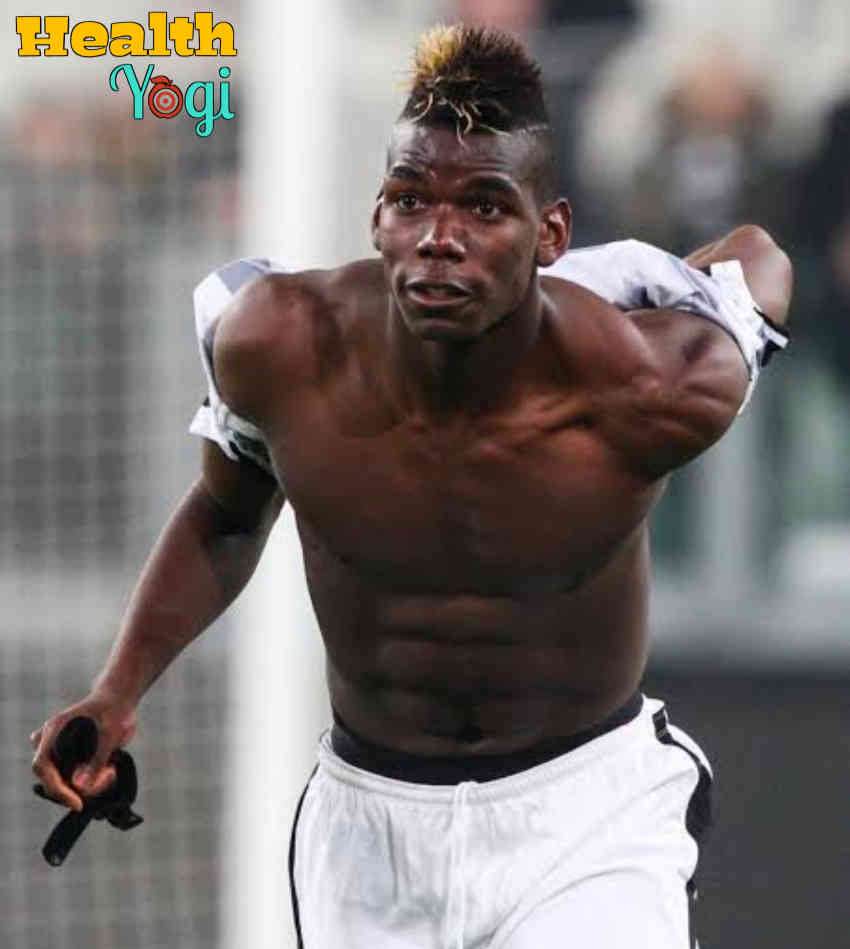 In the cardio workout, we will be doing a workout that will contain a lot of running. Paul Pogba will do a lot of running during the off-season and take it at a moderate pace. After that, however, it changes to more of an intense workout routine with various cardio exercises in the camp. So I will be giving you a cardio routine that you can follow to get fitness like Paul Pogba. Also, after you get done, make sure to do enough stretching.

In this routine, we will be doing a five days workout, where we will lift for three days a week and two days; we will focus on more conditioning the body. Especially during camp, Paul Pogba needs to limit the lifting workouts as they will be doing more intense training during the practice. So doing four or more days of weight training while practicing so much will get you injured for sure. Also, before starting the routine, make sure to stretch before and after the routine.

That’s all for the Paul Pogba workout routine.

Now, Paul Pogba does eat a lot but is clean. He has a big body and burns many calories throughout the training and practice. So he needs to eat a lot to keep himself replenished and energized throughout the day.

While I couldn’t find much of his diet, I did find one of the meals that a professional chef himself has cooked for Paul Pogba. You can check his steak recipe right here; now, let’s see a diet I will give you to get a fitness like Paul Pogba. 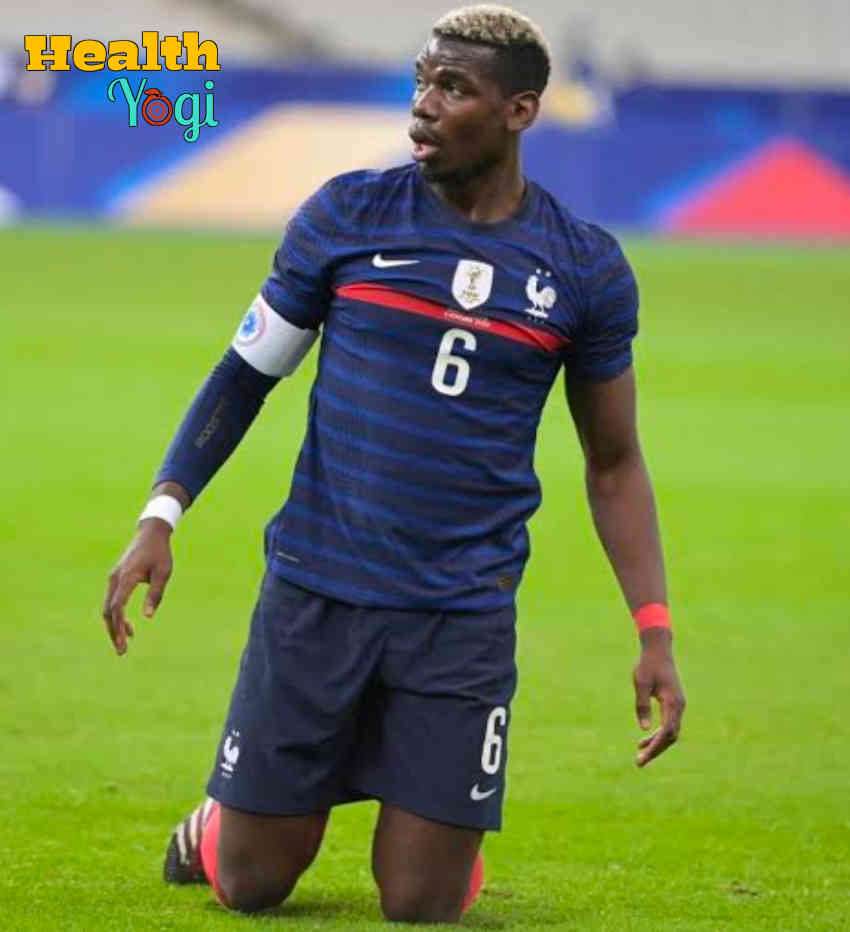 Is Paul Pogba a Vegan?

No, Paul Pogba is not a Vegan.

That’s all for the Paul Pogba diet plan.