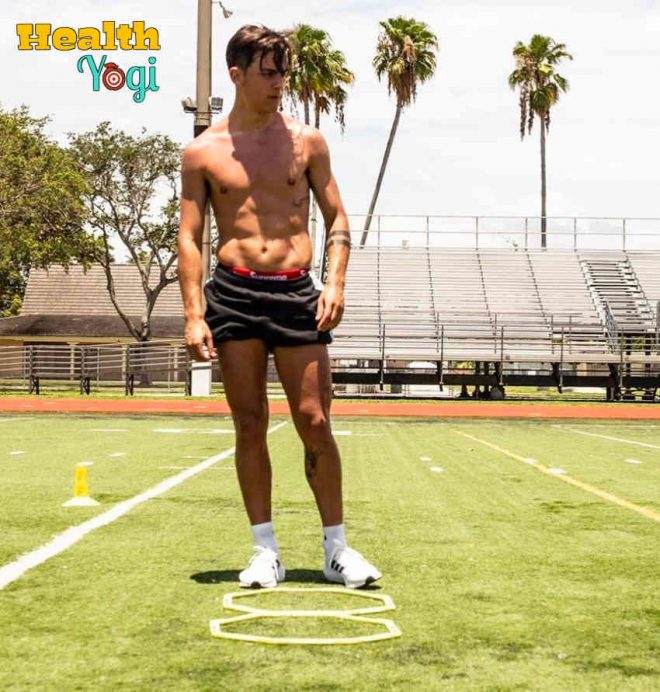 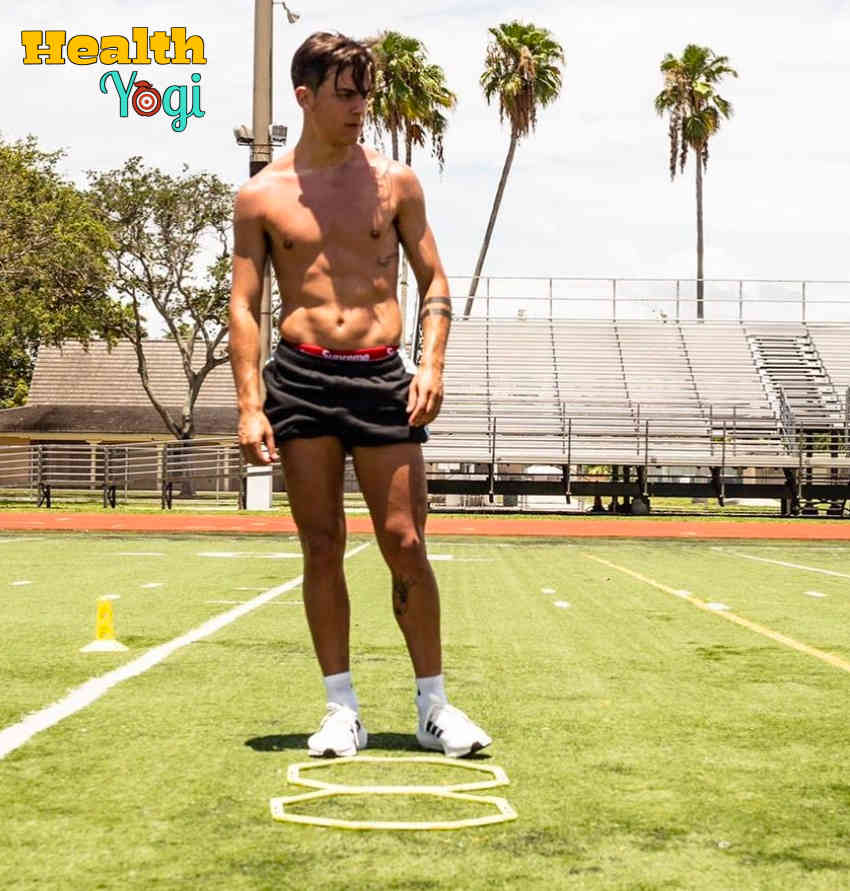 Paulo Dybala is one of the well-known players around the world. Not only for his plays but also his looks and his physical appearance. Paulo Dybala undoubtedly is one of the fastest players and knows how to handle a ball. It is why many people want to learn the secret behind his fitness. So if you also want the Paulo Dybala workout and want to learn more about the things and training he does, keep reading.

After searching for a while, I could not get much information about Paulo Dybala’s routine. However, even though there were not many articles or interviews, we know that Paulo Dybala, like any other footballer, does the training with the coach. That includes drills, stretching, stability, football shooting, dribbling, Roundo, etc. Also, thanks to Paulo Dybala’s Instagram, I was able to get information on his workout at the gym and even at his home.

Paulo Dybala has a home gym that includes weights, cross cable, treadmills, and other equipment. So basically, all we need is there for his training. Now, the things that he does inside the training? Unfortunately, I couldn’t get many details; I saw this post where he does some push-ups, core workouts, etc. However, I will be mixing it up to get a good lifting routine that will help you get strength and conditioning.

Besides that, we will also add a good cardio workout, and after that workout, we will be doing something. Also, make sure to get a coach and get your football routine to figure out as if you want to play like Paulo Dybala, that’s the main routine you need to figure out. We will be following a routine created by me that is inspired by Paulo Dybala’s routines for the other routines. So let’s get started: 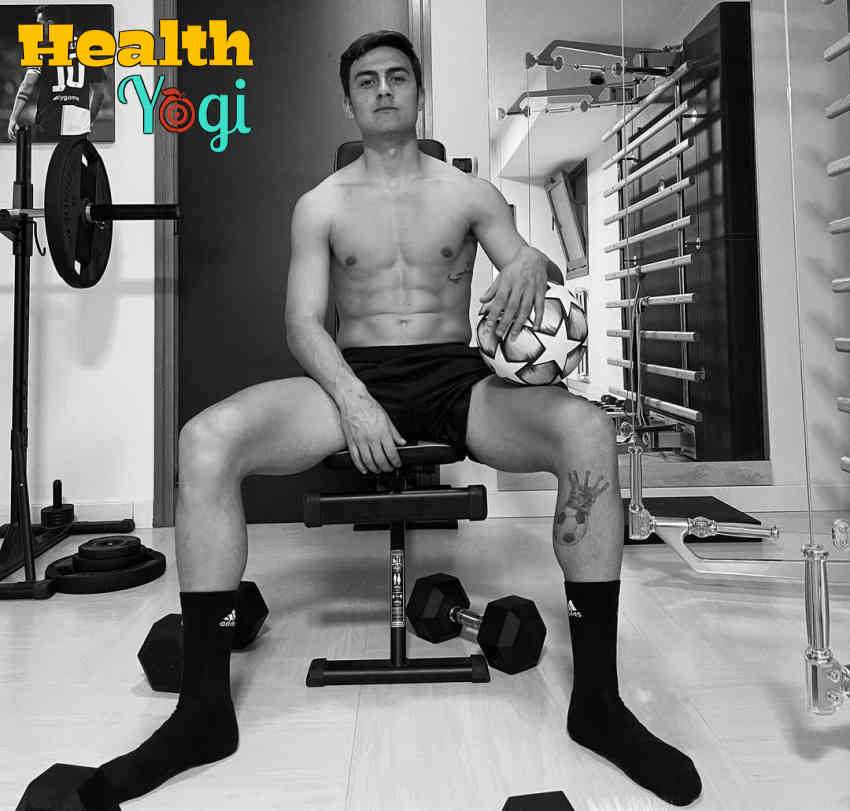 In the cardio workout, we will be adding routines that will help you get better stamina, agility, and endurance. So for agility and endurance, you can look at different HIIT drills that you can do. For stamina and speed, we will be focusing on the following cardio routine. So again, this is not the official workout but a routine I have created.

In the strength and conditioning routine, I would be giving you five days of total workout, in which the three days will get focused on your lifting routines. The rest two days will be core-based workouts and also some plyometric exercises. However, you can change the routine according to the way you want; I’m keeping it safe and making sure to restrict the level.

That’s all for the Paulo Dybala workout routine.

Paulo Dybala hasn’t talked much about his diet, nor could I find what he eats. So I’m not sure exactly what to talk about in his diet. However, after writing so many articles on the athlete and their diet, I can tell that healthiest looking athletes can have the unhealthiest diets sometimes.

So I will be giving you a diet that is more about moderation. We will focus on things required for an athlete, and you can give yourself a treat once a week. So let’s get started with a diet that will help you fit like Paula Dybala. 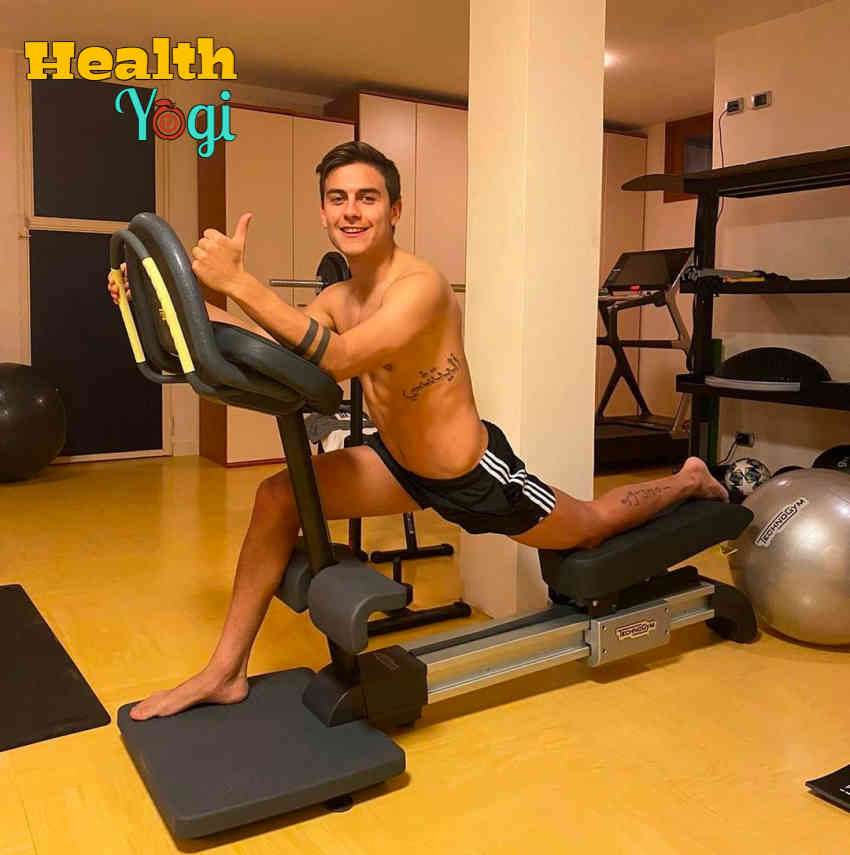 Is Paulo Dybala a Vegan?

No, Paulo Dybala is not a Vegan.

That’s all for the Paulo Dybala diet plan.