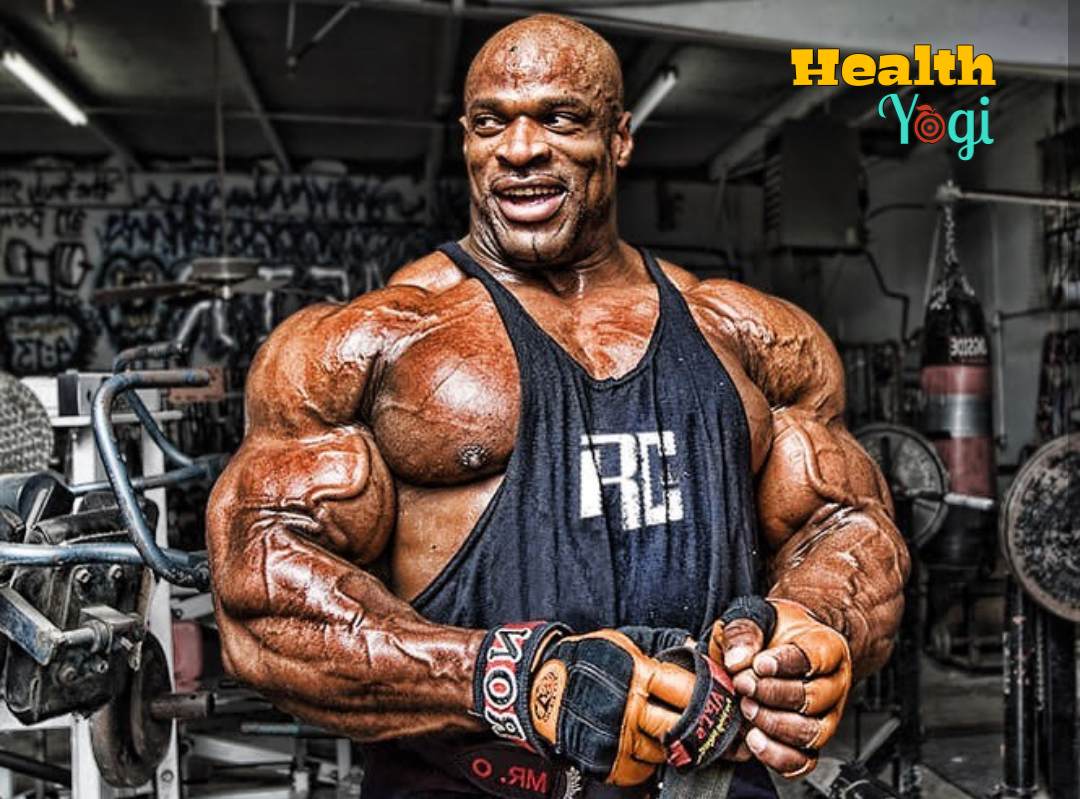 I’m sure when we talk about a title, many people want to know what made him that legend. So we will speak of the Ronnie Coleman workout and also take a look at Ronnie Coleman diet plan. 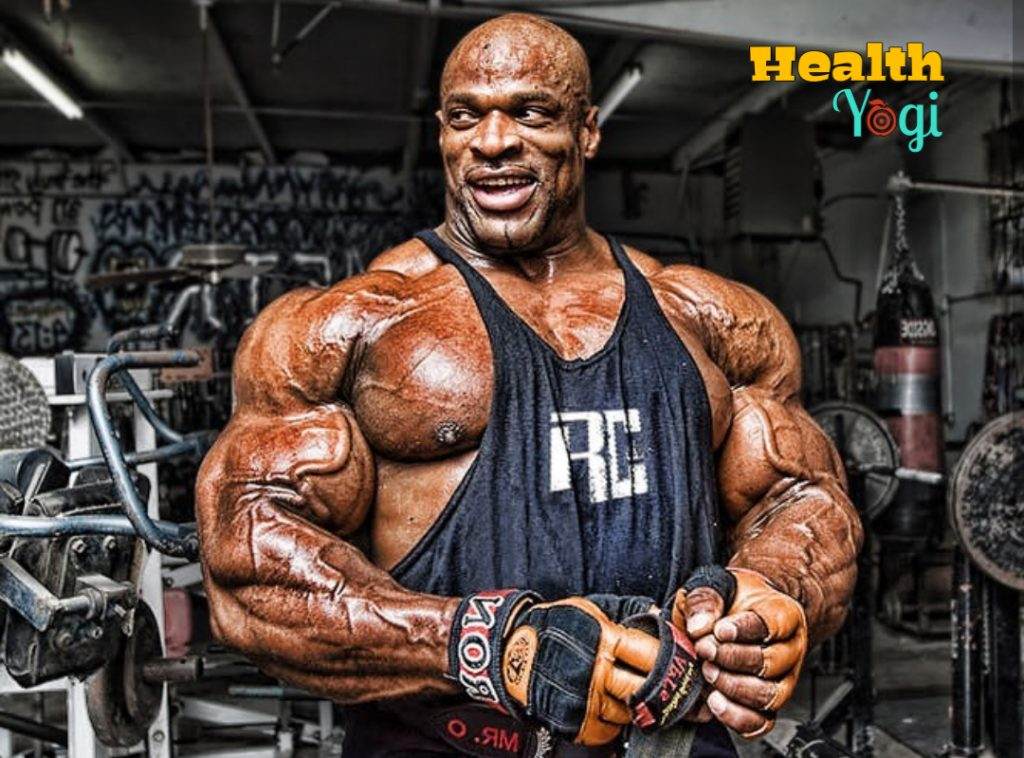 Ronnie Coleman was always in the gym doing a workout every day and never skipped even a single day of his workout routine.

The key to success at anything is regularity. That is what Ronnie Coleman had; he was always there to train, no excuses just ever ready to train.

His life was also never easy on him, Ronnie Coleman was playing American football when he was in his university. Once he graduated, he had to work at dominoes because no one would give him work as an accountant.

There Ronnie Coleman couldn’t even afford to eat outside. He just used to feed himself the pizza from work only, because he was not earning enough. After a lot of struggle, Ronnie Coleman got a job as a police officer, and from there, Ronnie Coleman started making some amount of good money.

Just after a year, he went to his first bodybuilding competition, and since that time, he never stopped, and in 2000 he left the work and began his professional bodybuilding career. 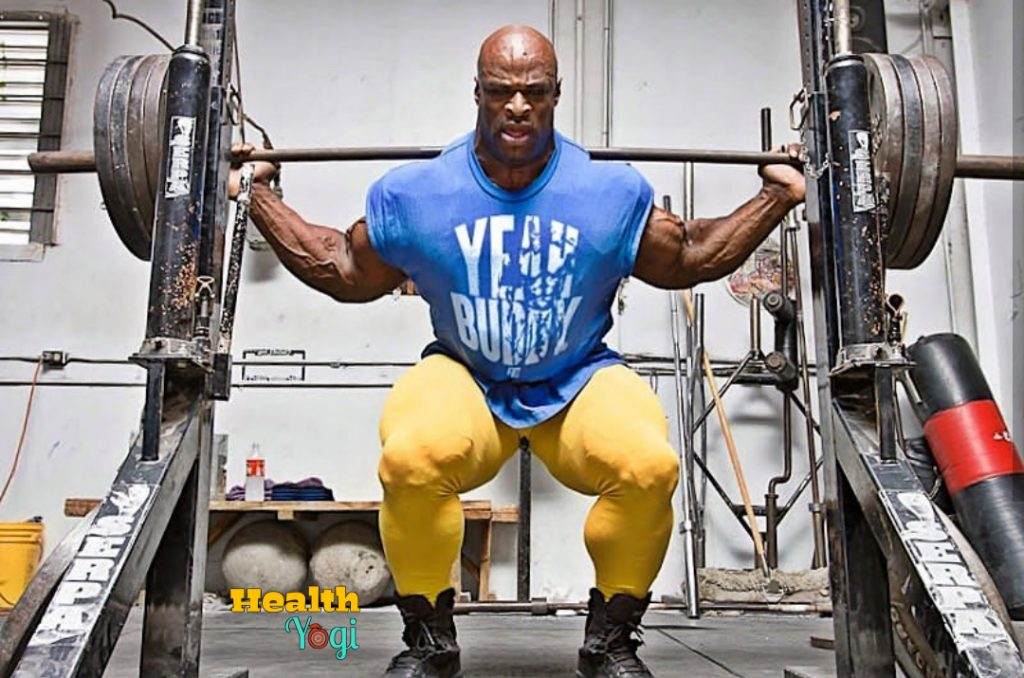 Now back at Ronnie Coleman Workout routine, He used to train a lot of mixed exercises, which means his daily workout consists of preparing more than one body part. He was a big believer in powerlifting. So for him, it was either go hard or go home. So before we start with his workout, keep that in mind every exercise and every set was a massive set.

Ronnie Coleman was not a cardio type of guy. The most he used to do was just walk on the incline treadmill for a few minutes. That used to get his body warmed-up and made him ready for his real workout routine.

Exercise: Back and triceps

More about Ronnie Coleman workout routine is given below. 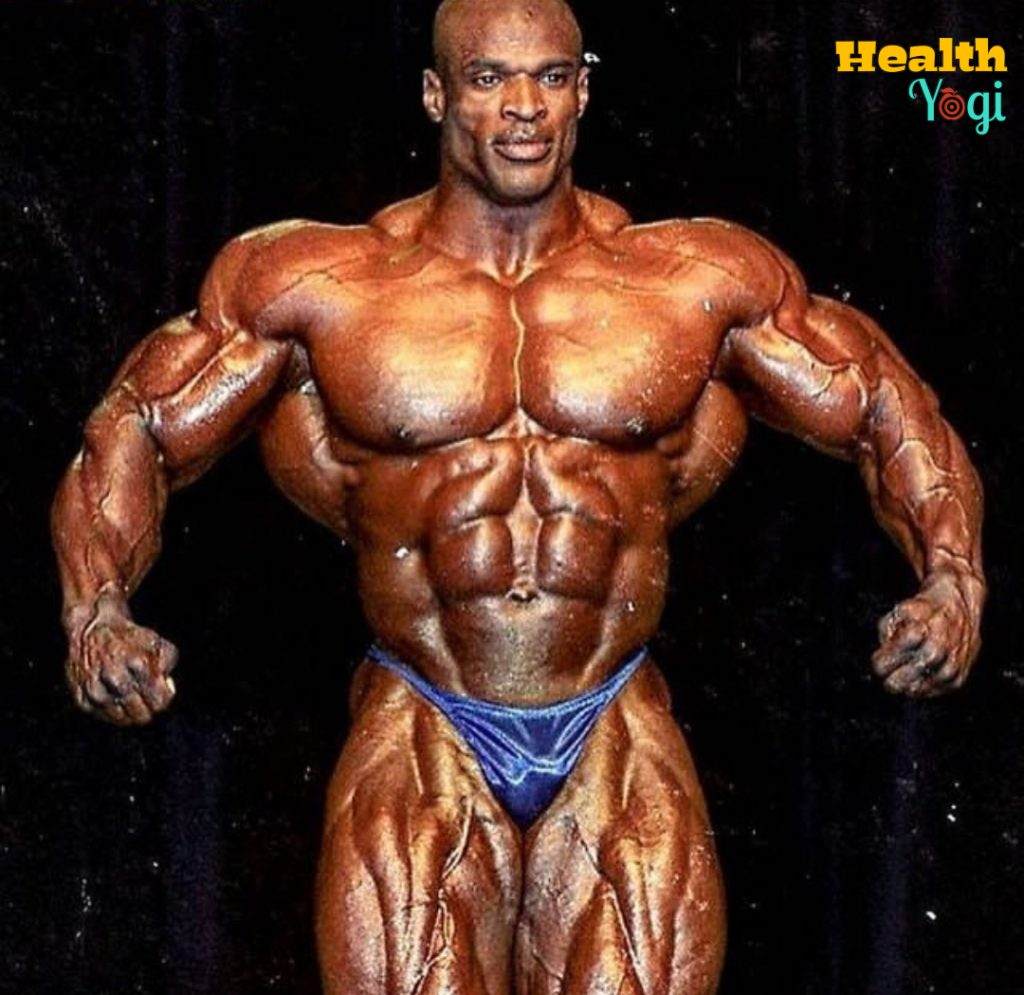 Ronnie Coleman used to train abs 2 to 3 times a week. There was no strict routine, and he could fit his ab workout whenever he wanted.

This is all about Ronnie Coleman workout routine.

The diet plan of Ronnie Coleman is not so massive. It’s just like the diet plan that almost every bodybuilder eats. It contains approximately 5.5k calories, including all the food and supplements that he consumes. 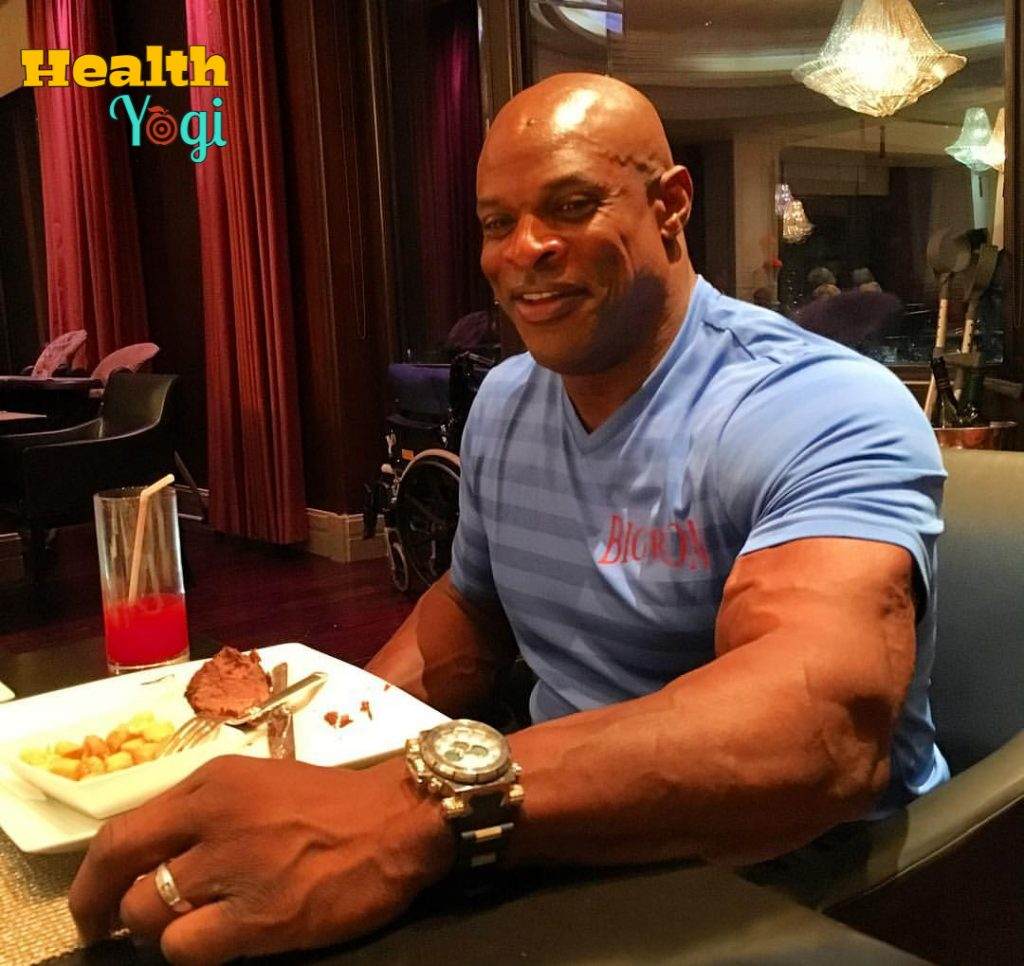 He also drinks a lot of water during his day that helps him keep hydrated and healthy. Ronnie Coleman also takes red meat rarely in his diet. That includes steak, pork, or anything at all. The food contains chicken only and baked potato for the carbs intake. He does eat steaks sometimes, but most of the time, it’s either chicken or baked potato.

When he starts his day, Ronnie Coleman takes a 5 g scoop of L-Arginine. This supplement is to get him through his heavy workout that he does later.

After finishing his workout, he will have ¾ cup of Grit cheese and with it 2 cups of egg whites. If you want, you can even make scrambled eggs and omelet of egg whites only. With that, he also used to drink a cup of black coffee.

In the pre-workout, he will drink a shake. In that, he adds water and a scoop of BCAA.

Again a 5g scoop of L-Arginine and with he used to have his whey protein.

In lunch, he will usually have chicken breast with red beans, rice, and two pieces of Cornbread.

In post-lunch meals of Ronnie Coleman diet plan, he used to have a chicken breast with baked potatoes.

This meal is where he used to take a whey protein shake and a scoop of BCAA.