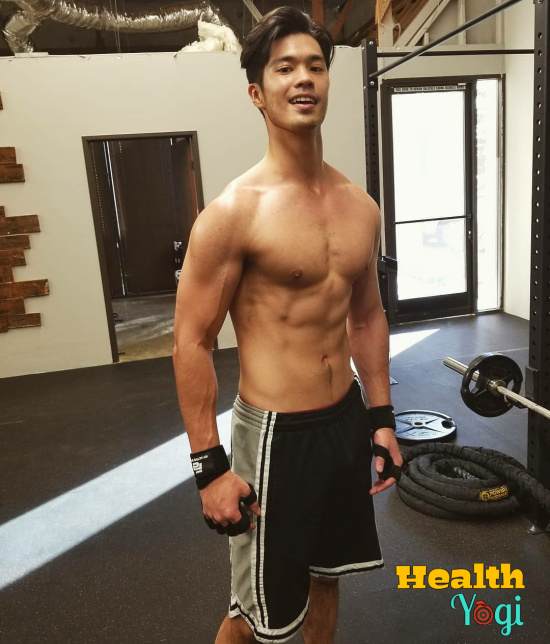 Ross Butler Workout Routine and Diet Plan: Ross Butler is an Asian American actor that was born in Singapore and now living and working in America. He is mostly known for his character in the original Netflix series 13 Reasons Why, and he’s probably the hottest and the bulkiest guy in the whole cast of 13 reasons why.

With the new season coming just in a week, we can say that Ross Butler is showing off his fantastic physique in the latest season. So if you also want to know the Ross Butler workout and diet plan, you can have a body just like him, don’t worry, I got your back.

Ross Butler is probably one of the most extraordinary actors you will see in the industry. His workout routine has gone through different stages because of his roles; after looking for his method, I found his latest interview last year in October with Men’s Health, where he shared some of the essential facts and even showed his fridge and the gym.

Ross Butler also tells Men’s Health that how he is happy that he has finished shooting for shows like 13 reasons why and Riverdale. Even though the show was fun for him, it never really let Ross have his bulky body. 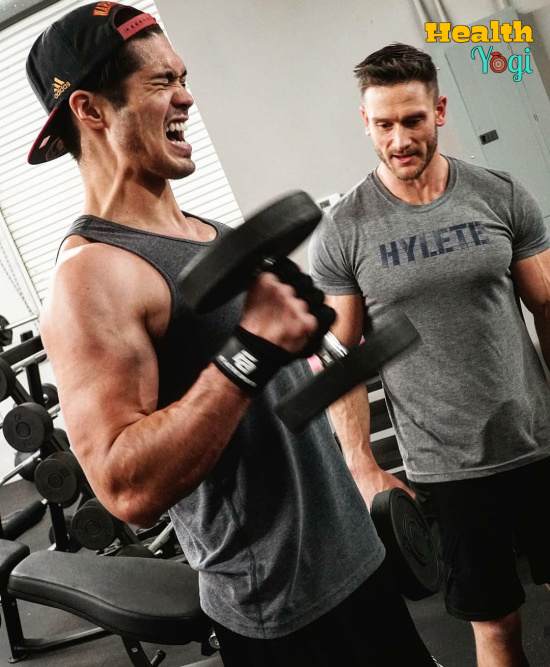 Ross Butler stated that he was a ripped guy before moving to LA, but when he got signed to the series of 13 reasons why and Riverdale, he couldn’t keep up the bulk because of his role as a high schooler.

Ross about HIIT and cardio

Ross Butler also talked about how he had to adapt to HIIT and cardio workouts to stay lean during the shows where he played the role of a high schooler. Ross confessed that he didn’t like the HIIT workout as they help you to get in shape and stay fit but didn’t help you build or gain many muscles.

Although he somehow got a liking of the Non-Impact cardio workout, he did. So it’s also become a part of his workout training now. In that HIIT routine, for 13 reasons, Ross was doing things like sprints and practice with other cast members for compound movements with few heavyweights. 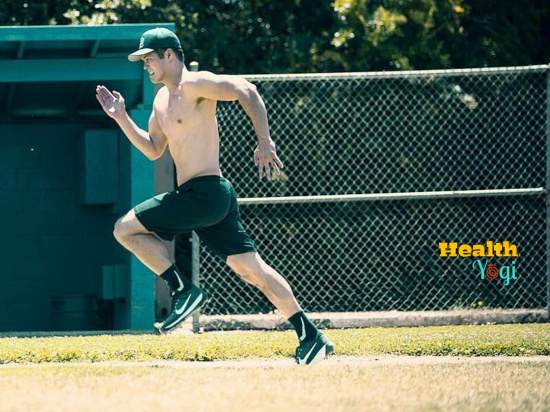 Now that Ross got done with high school roles, he started getting more bulkier. For that, he’s focusing more on weight lifting training, which is helping him get bulked up well. During the video, you will see Ross Butler doing some of the exercises like seated dumbbell curls, barbell curls, upright row, etc.

For his routine, he usually performs one or two body parts a day, and he trains at least four to five days when it comes to weight lifting. Although if Ross needs to get to leaner body shape for some role, he goes to lighter shape training more of compound movement and HIIT work out routine.

This is all about Ross Butler Workout Routine. 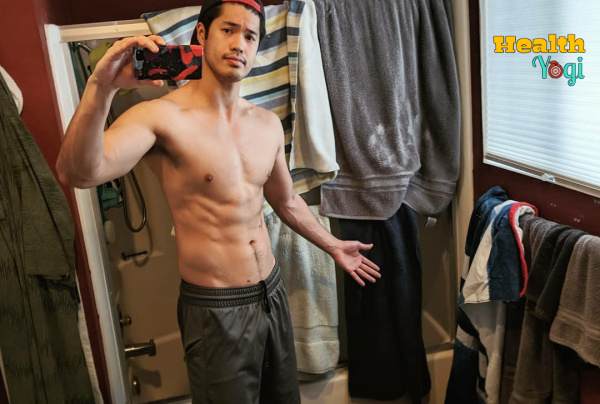 Ross Butler explained that he’s a food lover when it comes to food, so that’s why Ross Butler also trains his body whenever he is going somewhere where he knows there is going to be good food. Ross’s diet plan is all constructed by his nutritionist Thomas DeLauer. Mostly he eats like fruits, vegetables, lean meat like chicken, turkey, salmon, etc.

In that diet plan, Ross has a fasting day, Non-fasting days, Non-carbs day, etc. He also got stickers and notes stocked on his fridge to remind him of his daily diet plans that he needs to follow. Ross butler also shared some of his favorite foods like ramen and Malaysian Chicken curry, which he likes to eat on cheat days.

Ross Butler takes certain supplements as protein shakes, and he also consumes almost 15 types of vitamins in a day, including multivitamins, fish oil, etc. One of the things that he likes to eat more when he is not on a diet plan is Potatoes and red meat. Also, in the end, do not forget about the water that you need to drink every day. This is all about Ross Butler Diet Plan.