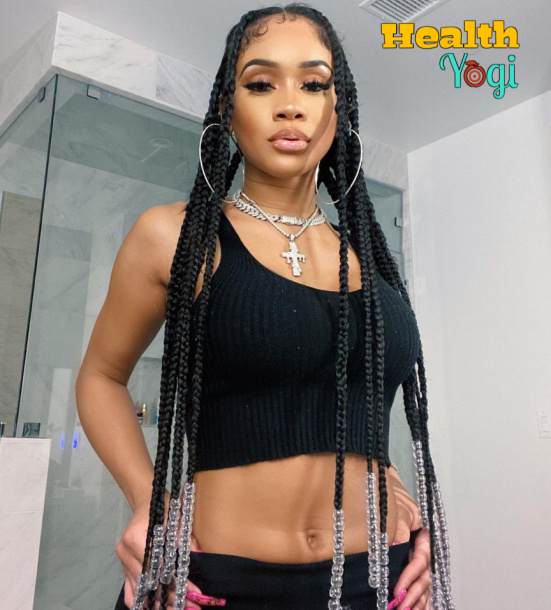 Saweetie Diet Plan and Workout Routine: Saweetie is a rapper known for her songs that made her super famous. Saweetie started her career in 2018 with the single Icy Girl, and after that, she has gained quite a fame. Even the recent song is going viral on TikTok; I’m sure most of you have made a video on Tap In. However, Saweetie is also known for her incredibly curvy body shape and slim waistline; many people want that body shape. Don’t worry, as I got you the Saweetie workout and Saweetie diet plan, so let’s get started.

Saweetie is an excellent performer and singer, which is why she has to stay fit and in shape to keep up with the performance Saweetie does. After searching for a while on the Saweetie workout routine, I was about to find a recent interview which explained her workout. Saweetie comes from an athletic background where everyone in her family has played some sports.

It is why Saweetie also used to play a lot of games and sports that maintained her overall fitness when she was growing up. In an interview with Women Fitness, Saweetie stated that she loves to work on her legs; it’s one thing that she loves the most and helps her the most. Saweetie also said that her routine contains doing a lot of squats, leg press, and dancing.

So we can say that Saweetie focuses more on her lower body and cardio stuff than any other body part. Well, I guess it won’t be hard to make a routine that will match the Saweetie practice. We will be doing something similar to what Saweetie explains; the workout routine will contain working out for five days In a week, so let’s get started. 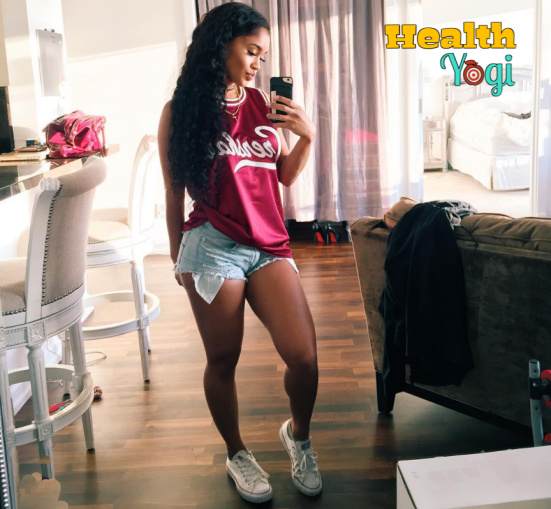 Saweetie usually does dance classes or dance moves by herself; she also performs on a live show and does a lot of dance rehearsal. So if you want to do that as well, you can try doing 30 to 40 minutes of dancing every day. However, if that isn’t your cup of tea, then feel free to change it with other workouts like:

This workout will give you a great cardio routine and help you burn the fat and calories from every part of your body.

Even though Saweetie said that she only works on her legs and makes dance moves, which is why this part will focus mostly on training your lower-body. However, we cannot ignore other significant body parts, so for your upper body and core area, we will do bodyweight exercises.

That’s all for the Saweetie workout routine.

Saweetie’s diet plan consists of a balanced food diet, as she cooks for herself, so Saweetie always puts the stuff that is healthy and will not make her fat. Saweetie said in that same interview that she loves to cook, and that’s why Saweetie can control the portion by measuring ingredients. Saweetie also stated her favorite meal, which is  Crawfish with extra spicy Cajun Sauce, and rice.

In many of her posts, she has also been eating burgers, fries, and other stuff once in a while. So you can say that she is not so strict with her diet routine at all. You guys can also start by making few changes in your diet, adding more veggies and less the rice. Eat protein as much as you can in every meal, and try to eat in moderation. Last thing that makes sure you drink plenty of water.

That’s all for the Saweetie diet plan.