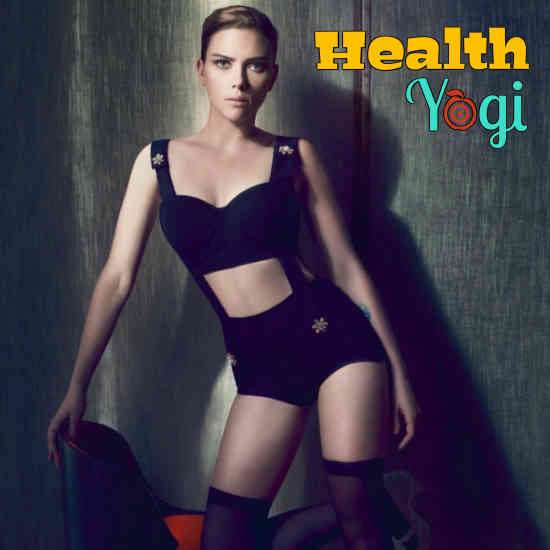 Scarlett Johansson Diet Plan and Workout Routine: Scarlett Johansson is a model, actress, and singer, also the highest-paid actress in 2018-19. I’m sure we all recognize her, at least for being the best Black Widow ever, and I’m sure that will keep up. Scarlett also has done movies like; Avengers Series, Lucy, Marriage Story, Ghost In The Shell, Captain America, Lost In Translation, etc. 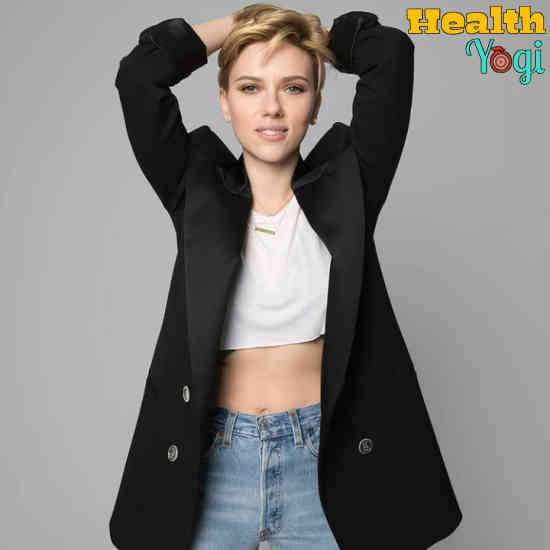 Scarlett Johansson’s workout is more intense than most actors; to be a superhero, you need to train like one. We all know that the Avengers series and the marvel movies come out every year. That’s why most of the stars are together in the set for more than half of the year. In that time, they also get trained by fighters and stuntmen for their fights and roles.

While RDJ, Chris Evans, our big green guy, and all the heroes covered with clothes and suits are resting. Black widow is the one who has to do most of her stunts by herself as there is no mask for the black widow. So Scarlet trains more than any other star for the fighting scene; talk about being a badass. There is even more, other than her fighting training. Scarlett also has to go to the gym every day to be in superhero shape.

The article for Harper’s Bazaar tells us about her training routine and diet plan. The article explains how Scarlett got trained like a professional athlete instead of a star. They placed more priority on her performance, and with that slowly, her physique also started to improve and get better. Most of the workout that Scarlett Johansson was doing consists of weight training and integrated strength training.

That’s all for the Scarlett Johansson workout routine. 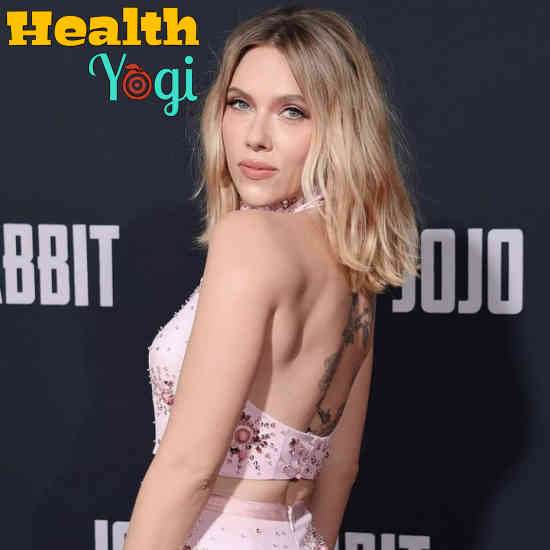 Scarlett Johansson didn’t have a single diet plan. Sometimes, for the movies, she has to go on a low carbs diet with a higher fat percentage, while for marvel, her carbs amount gets relatively high with low-fat consumption. However, the protein and other nutrition always stay at a high and constant ratio. Scarlett was also doing intermittent fasting while training for her Avengers Endgame.

The same article of Harper’s Bazaar tells us that she was on 12 hours fasting for most of the days, and sometimes it went up to 14 to 15 hours fasting. Food like chicken, steak, veggies, protein smoothie, oatmeal, salmon, salad, and the turkey mostly gets involved in her diet plan. Also, water consumption was the only option for Scarlett Johansson to consume while fasting. So she drank a lot of water.

That’s all for the Scarlett Johansson diet plan.