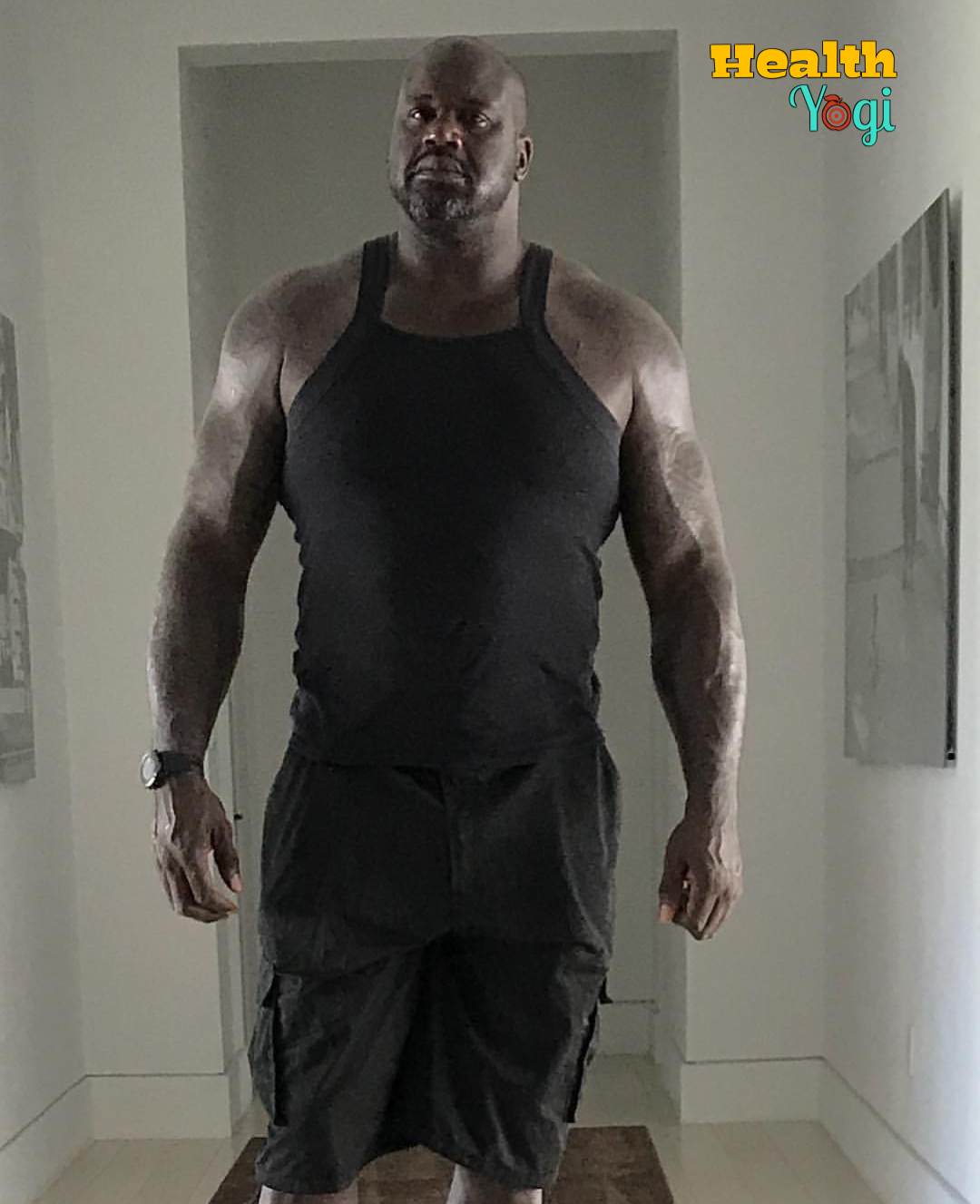 Shaquille O’Neal the biggest dude in the NBA, when Shaq was in his prime time he was no doubt the greatest player of all time. Shaquille O’Neal Is a businessman and investor now. He’s making quite a lot of money from that. There’s one thing Shaquille O’Neal has changed in his workout. He’s looking very ripped with abs, the chest and arms are as big as they were but with more muscles these days. So let’s see what exactly Shaquille O’Neal did to get that amazing body even now. 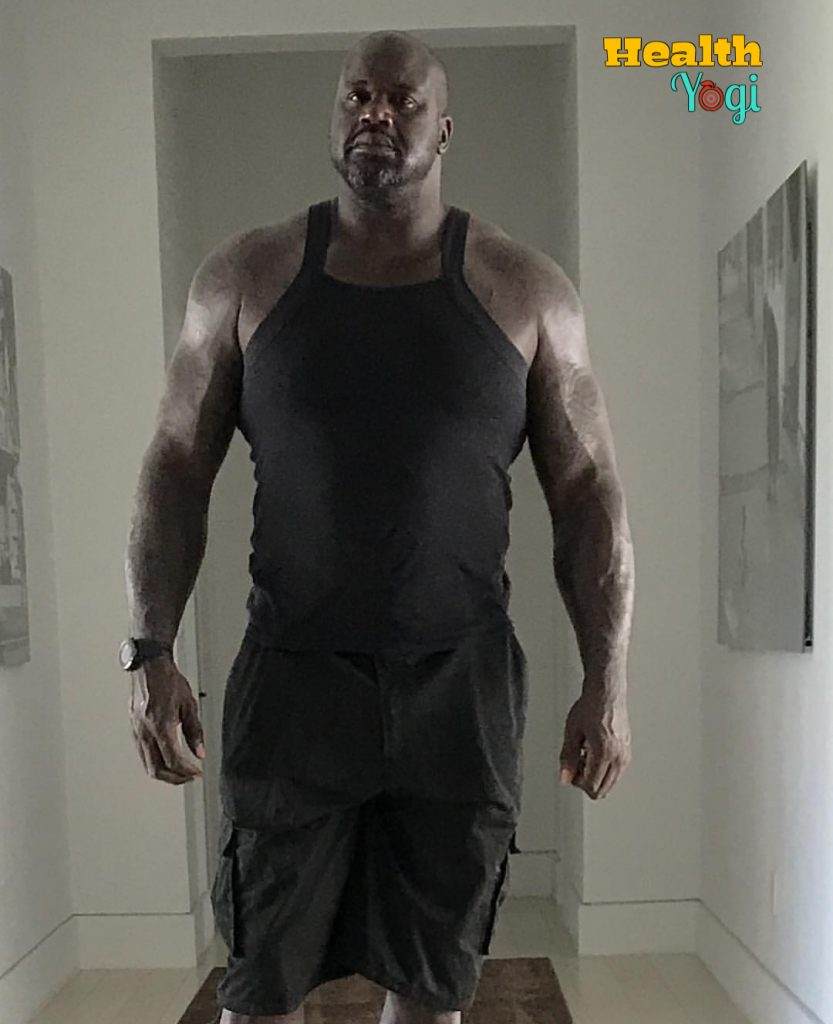 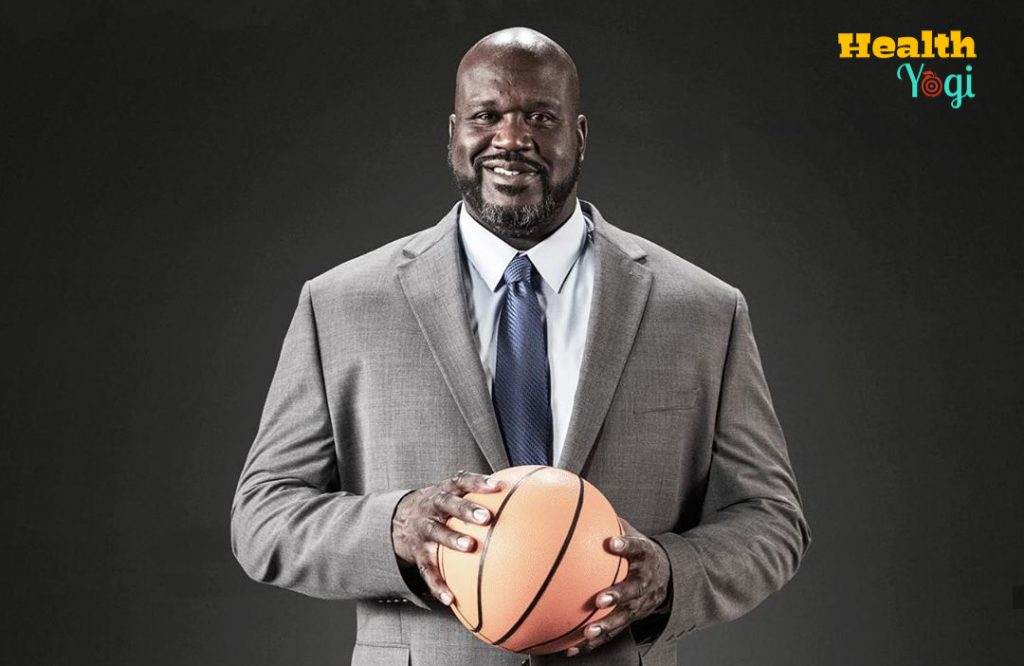 Well, according to Shaquille O’Neal he never used to hit the gym while he used to play, he didn’t want to waste extra energy on the gym. That time he was so busy and focused on training that other than that he didn’t want to do anything.

Now it’s a different story, he said now that he’s getting old he’s doing more simple stuff and stuff that he didn’t do in his prime time. There were videos of his workout that Shaquille O’Neal posted on his channel, from day 1 to 7. We will be talking about that, it’s been only a month since he uploaded that.

On day 1 he showed him doing boxing for quite a time, he was boxing with a punching bag for 20 minutes to 30 minutes. It’s a lot for a person that has a big body. Then when he was done he went to the abs machine, which he really killed. He did that for 10 minutes and took a rest for a few seconds in between.

Shaquille O’Neal said that he has been doing this every day for the past 3 months. Then he goes to the tricep pushdown. He doesn’t take rest in between, he says if you don’t do cardio then there is no rest for you. So he goes to triceps pushdown, does it and then, bench press after that chest press machine and you are done for day 1.

Day 2 of Shaquille O’Neal is a cardio day where we just do biking on different levels of resistance and go at a medium pace. As he is big, he cannot treadmill so he sticks to biking and stuff. He does biking for 30 minutes and then he’s done for that day.

Start with an abs machine for around 10 minutes and rest in between. Go to the decline chest press machine. I don’t know what it’s called but yeah it’s kinda like that, to the chest press machine. Then it’s time to hit the biceps with some preacher curls old Shaq calls this the beast. When he did that’s it for Shaquille O’Neal day 3.

Day 5 is just cardio. He does around 30 minutes of biking for that and that’s it.

Cardio and abs, in which he does biking and cross trainer for 30 minutes each then goes to abs machine for 10 minutes.

Is the day he showed the gains on Instagram.

Now he’s working out for sure and has more exercise. Maybe that’s inside of his workout which he didn’t tell.

This is all about Shaquille O’Neal workout exercise routine.

The diet plan of Shaquille O’Neal is made by his GF sister who is also a chef for them. She makes sure Shaq stays happy and eats healthy at the same time. 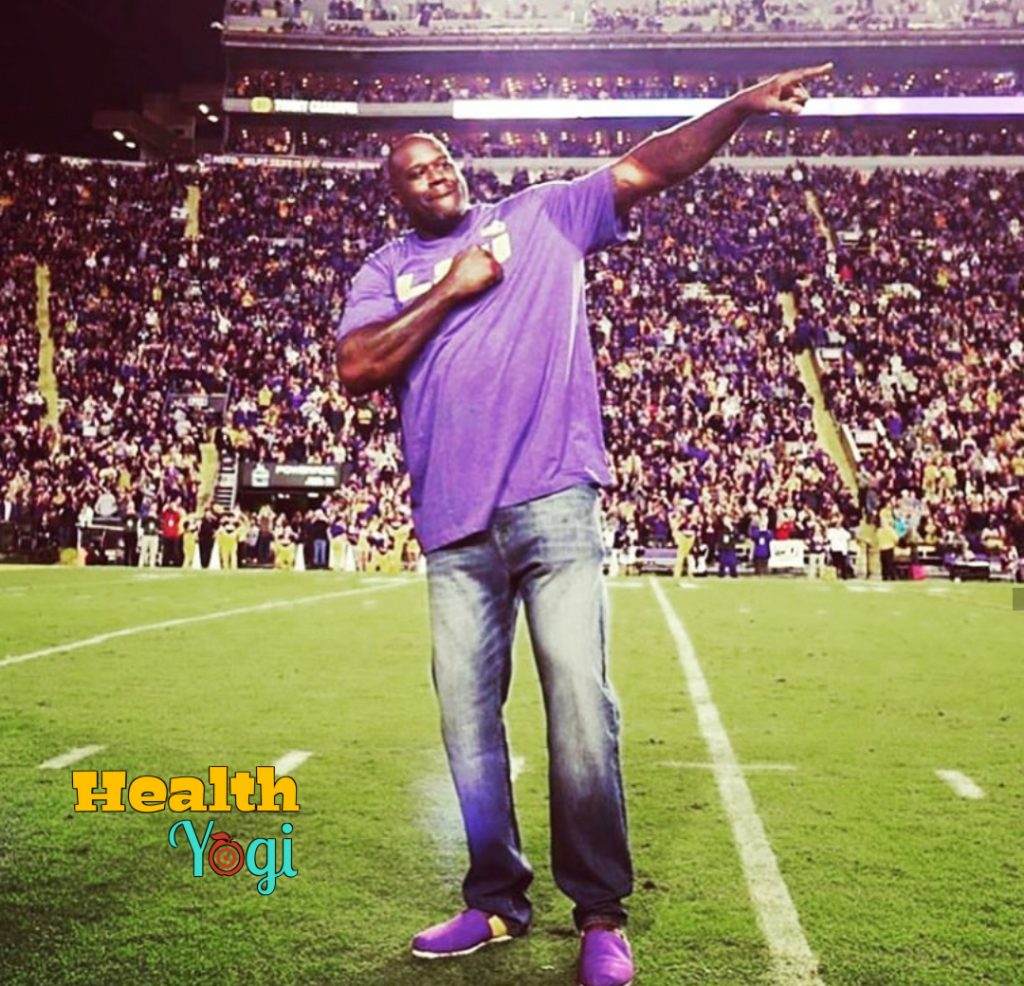 At breakfast, Shaquille O’Neal eats 2 to 3 pancakes that are made from whole grain, Banana and healthy stuff. Then he goes to eat an omelet of 6 egg whites with chicken sausage and bell peppers and maybe some juice.

At lunch, Shaquille O’Neal does chicken breast and stuff like that with brown rice maybe. After he is done working out he drinks a smoothie with a protein shake.

Shaquille O’Neal can eat many things as long as it’s healthy. That’s what it’s been told to him for dinner. The old Shaq loves to eat chicken so he makes chicken wraps and stuff like that for Dinner. This is all about Shaquille O’Neal diet plan. 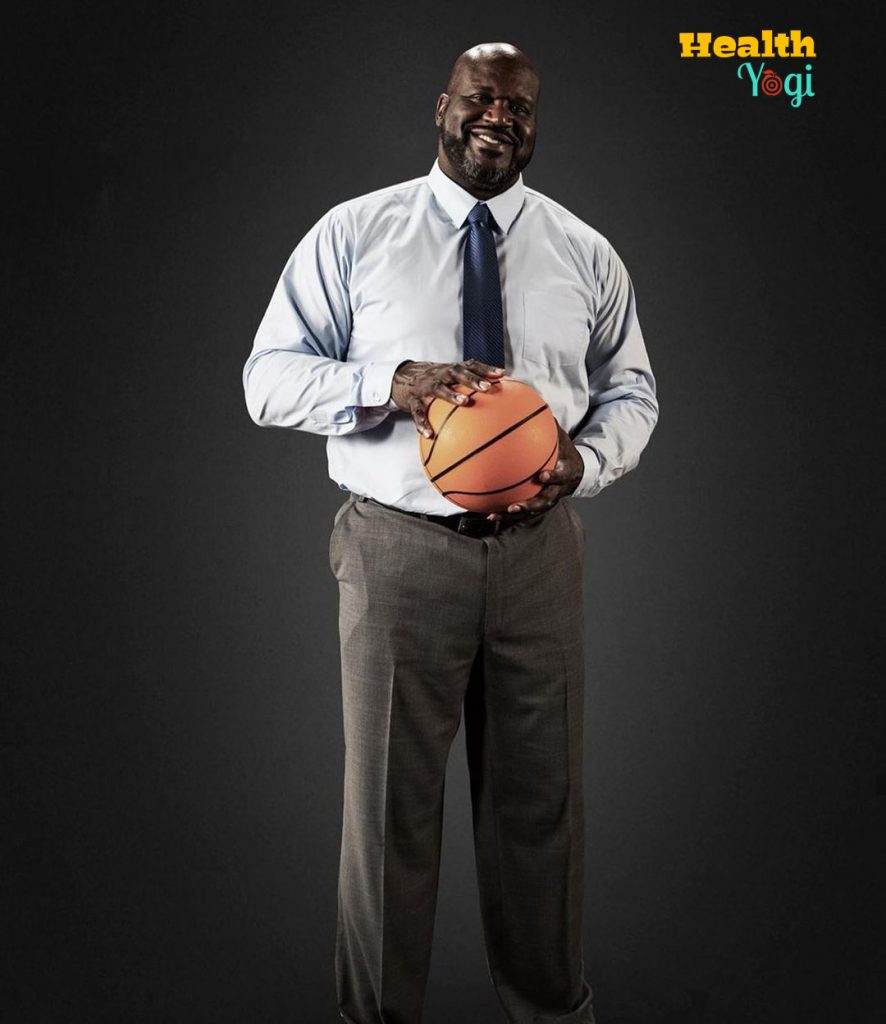 Important links for workout and diet: