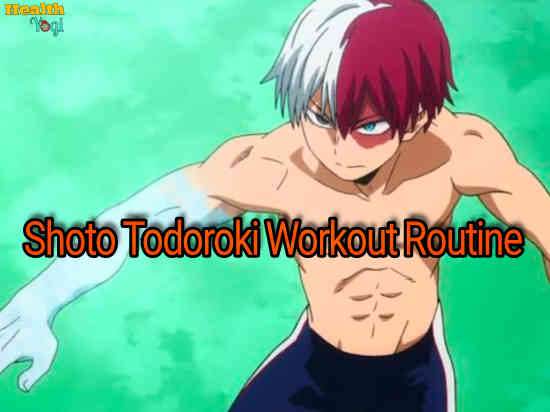 Shoto Todoroki Workout Routine: Shoto Todoroki is an Anime character from the series “Boku No Hero Academia,” also known as “My Hero Academia.” He’s one of the most robust and most intelligent hero students and friends of Izuku Midoriya and Bakugo.

Shoto is known for being a duo Quirk user that is super rare to see in the series; only a handful of people can use multi-quirk. So that’s what makes him super powerful. So if you also want the Shoto Todoroki workout routine, then keep reading.

Todoroki is undoubtedly on the road to be one of the top heroes that the world will ever see. The series displays the characters, Midoriya, Bakugo, and Todoroki are the top heroes and compete with each other in the future. However, for now, they all are friends with being the number one hero aim. So how does he usually train his body, and what is the workout that he does?

Well talking about the series, we have seen that Todoroki dad is harsh on him as he wanted his son to be the number one hero. So during that period, he gave his son a lot of trouble and trained him daily through a rigorous physical, quirk using, and much other training. So Todoroki training involves doing different routines like combat training, cardio for stamina, and a few other bodyweight training.

Now I have seen people posting workouts for Todoroki, which does not make sense as there is no way that Todoroki was doing weight training five times a day. So I will not even talk about the details these websites have gone through.

I will provide you with one of the workouts that I think would be best to achieve the level of fitness of Todoroki. We will be working out and training five days a week and focusing on exercises like cardio, combat training, and a few basic strength training and bodyweight workouts. So get ready to train like a superhero. 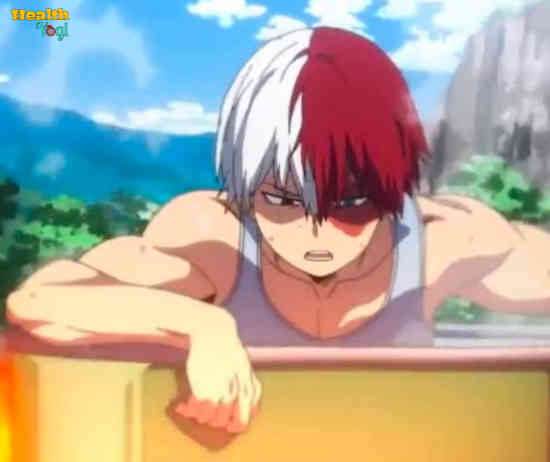 We will be starting by gaining stamina and doing a two to three miles run every day. This routine will help you get a good calorie burn workout routine while toning your whole body.

In the combat training as we saw Todoroki doing various styles in his Hero Academy. However, we can also train similarly by doing MMA workouts. So try joining an MMA Gym Nearby, and there you can do an hour of training four to five days a week. That will help you get reflex and power like Todoroki.

To get body fitness like Todoroki, we might also have to train our bodies to gain strength and train our core muscles. So we will be doing a few powerful movements in the gym with a core circuit routine.

For the core workout, follow this routine; it will be a circuit routine that will take a maximum of 15 to 20 minutes of your day, and do it after the cardio routine for better results.

That’s all for the Shoto Todoroki workout routine.

Also Read: Naruto Workout Routine: Train Like The Jinchūriki Of The Nine-Tails