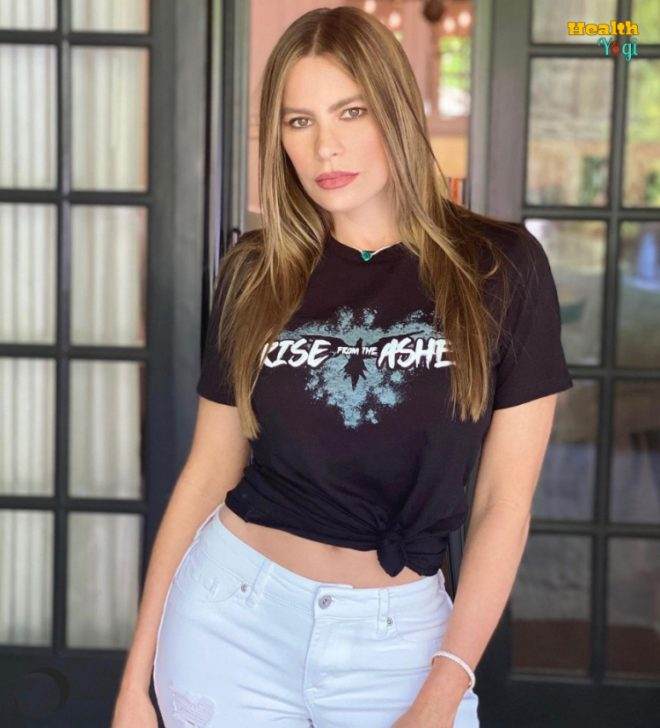 Sofia Vergara Diet Plan and Workout Routine: 49yr-old Colombian-American actress, television producer, presenter, and model – Sofia Margarita Vergara.  From the year 2013 to 2020,  Sofia Vergara is a prominent and the highest-paid American television actress in the industry. Her 1st noteworthy acting is witnessed in the English movie Chasing Papi (2003). In the year 2009, she has been a part of the ABC comedy series “Modern Family” which spread tons of laughter.

For the comedy series, she got nominated for some well-known four Golden Globe Awards, four Primetime Emmy Awards,  and 11 Screen Actors Guild Awards.

In animated movies, she has amazingly done the voice-over characters. She got the chance to be a judge on the most reputed TV show – “America’s Got Talent”. The gorgeous Hollywood actress has a beautiful figure and endomorph body type. She has struggled with an interactive thyroid. But she got proper treatment at the right time & came out as a warrior. So, Sofia Vergar understands the importance of well-being and focuses on keeping up-fit. Here’s all you need to know about Sofia Vergara workout routine and Sofia Vergara diet plan. 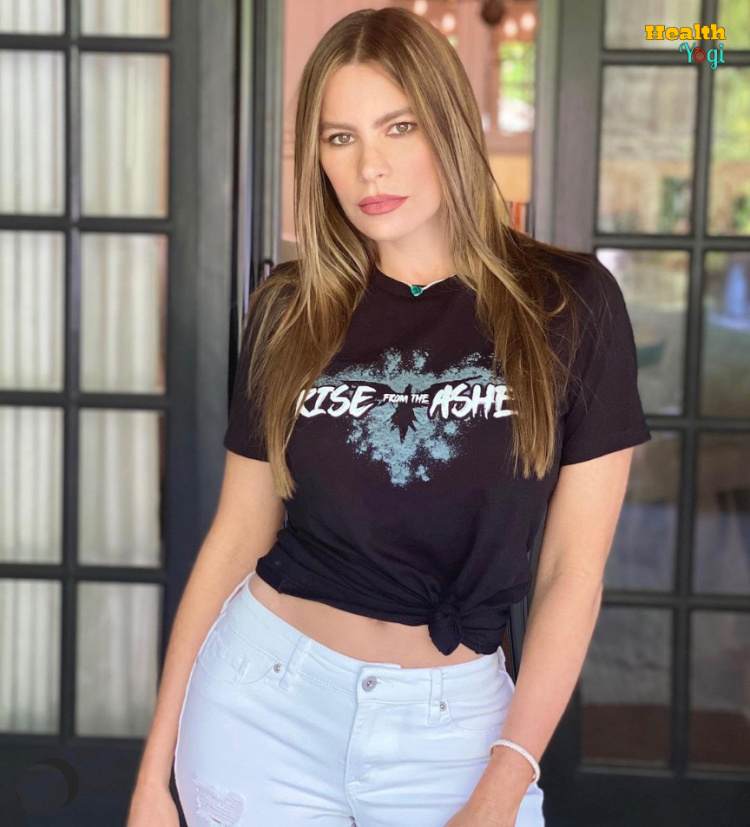 Sofia Vergara is a health-conscious woman and a spokesperson for “ Follow the script”. She has a gorgeous figure that makes her an ideal actress for a spicy role like Gloria. If we look at her body measurements it is – 38-28-39 inches or 96.5-71.1-99.0 cm. To have like her, follow Sofia Vergara workout routine and Sofia Vergara diet plan which we will discuss in this article.

By seeing her body measurements and a striking figure, it’s evident that she is so dedicated to her fitness. She follows a disciplined but not over-strict diet as it is crucial to maintain her overall health. She tries to eat healthy over a week & follow her workout routine regularly. With her elegant curvy figure, she sweats a lot & avoids carbs to maintain her slimness and tone body shape. But behind this figure, the secret is Sofia Vergara workout routine and Sofia Vergara diet plan.

Sofia Vergara doesn’t love running. Sofia performs her cardio exercise by walking on a 6 to 8% inclined treadmill or the bike for a prompt fifteen minutes. Depending on her brisk work schedule, Sofia visits the gym five times a week – adds Jennifer ( her gym coach ). At least she performs workouts for a minimum of 50 minutes or an hour before leaving the gym.

Sofia Vergara Instagram caption on her gym pics states that “nopainnocake”, further she adds going for a regular workout is like torture for her. But she is also working to attain an hourglass shape, so she says when she is done performing exercising, she becomes satisfied that she did it.

Let’s have a look at Sofia Vergara workout routine and what it incorporates. 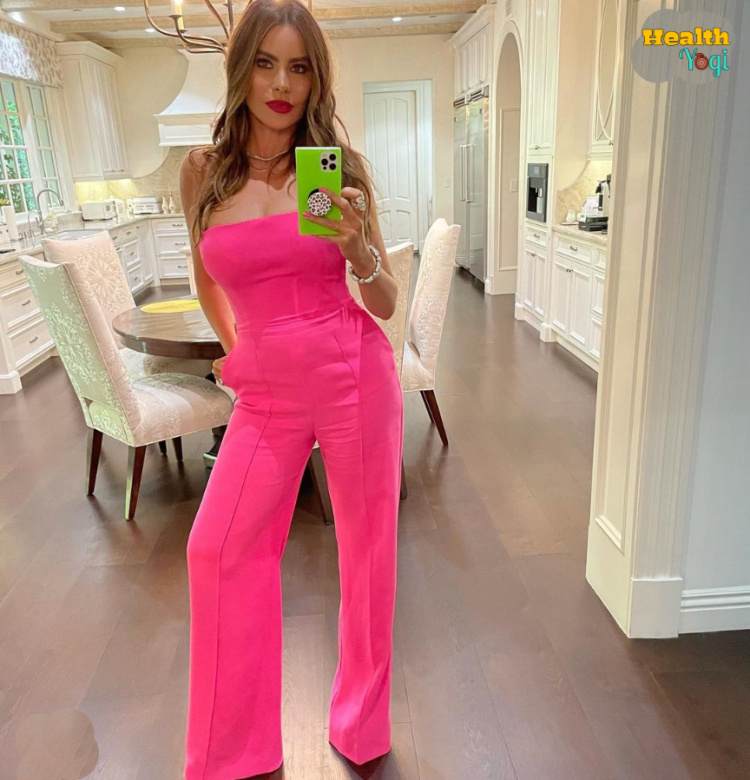 Sofia Vergara according to her trainers hit five times at a gym in a week. So, here are her five days of strength training exercises

No. of reps – complete as many reps in 45 to 60 seconds with alternating sides.

This is all about Sofia Vergara workout routine of five days, as she doesn’t like the gym much. But to remain healthy she goes for a workout regularly. She said that going to the gym feels like torture but it is worth it. So, follow her amazing workout routine by two prominent trainers of Sofia.

What does Sofia Vergara eat in a day? Sofia avoids carbs, especially late at night. She tries to cut out stuff like bread, rice, oatmeal, and potatoes, as well as salty foods. So, with a proper workout, a healthy diet plan is also important to maintain a toned body. So, let’s have a glance at the health-conscious Sofia Vergara diet plan. 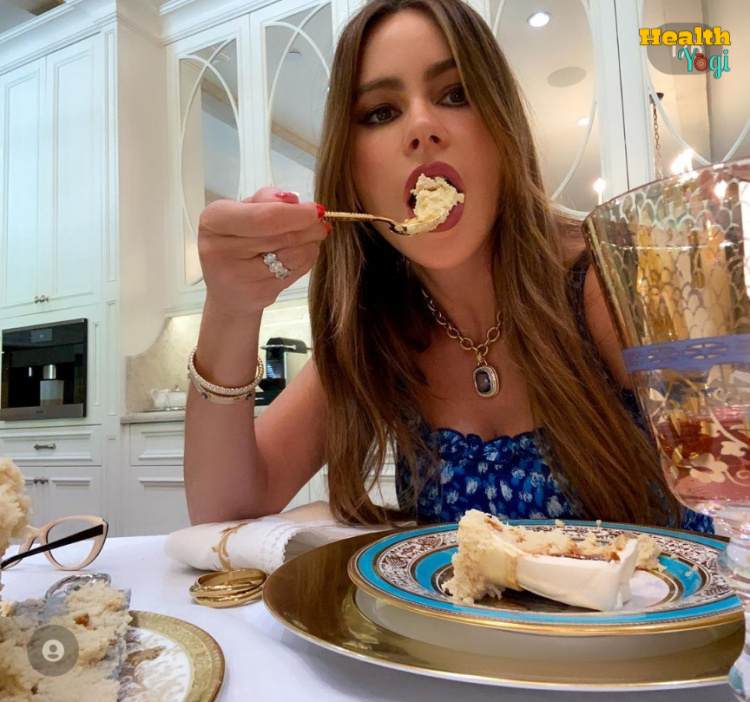 Is Sofia Vergara a Vegan?

No, Sofia Vergara isn’t a vegan.

Well, her favorite spot for dinner is LA’s Soho House.  If Sofia goes out for dinner she doesn’t mind having these foods

That’s all about the gorgeous actress classified diet plan. If you want a slim and toned body like her, do follow her workout routine and diet plan properly.