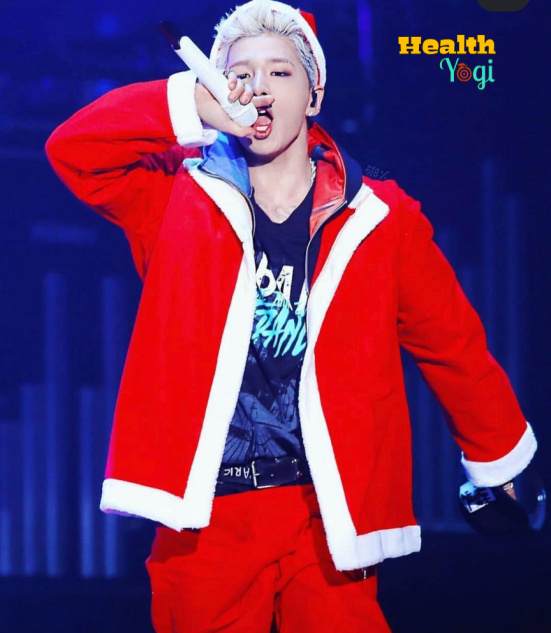 Taeyang Diet Plan and Workout Routine: Taeyang is a singer, songwriter, dancer, model known for being part of Big Bang and the Duo GD x Taeyang. Taeyang started his training of being an idol at rather a young age of 12 years, and after that and in 2006, he was part of one of the most prominent K-pop groups of that time, the Big Bang.

However, he has always been a handsome guy, and before getting married, he was the guy that every girl wanted to marry. Most of the credit goes to his looks and sexy body shape, so if you also want to learn about the Taeyang Workout Routine and Taeyang Diet Plan, then keep on reading.

Taeyang is a K-pop idol, and for that, he has to do things that will keep him in shape to stay in the industry. One of the things that every star has to maintain is a good lean body shape; it’s necessary for K-pop. Taeyang also comes in that, so let’s see the stuff and the workout Taeyang does to maintain his lean body and keep himself in shape.

Taeyang also joined the military in 2018, as every Korean person has to do that once in a life. That also helped him achieve some level of fitness and get a better mindset of staying fit and living a healthy life. I don’t precisely know the schedule for him that Taeyang followed in the army, but it must have been hard.

Taeyang likes to dance a lot, plus it’s a thing that every K-pop idol has to do; it may not be part of his daily routine, but it does come in the weekly practice of Taeyang. You can say he tends only to practice before a show or shooting a video; every day of rehearsals can go up to two to three hours. Now, that much dancing will for sure keep you fit and healthy.

If you also want to look good, you can join the dance class days a week an hour of dancing would be enough for you. If you are not a dance person, please feel free to do the cardio workout routine that contains exercises like treadmill, biking, rowing machine, etc. It will also burn almost the same amount of calories for you and give you the same benefits.

Taeyang does a lot of weight training regularly with his trainer. Weight training is something that Taeyang has been following for a long time, and that is the primary key feature of his workout routine that gives him that yummy abs and body shape. Now, I have seen some short videos and pics of Taeyang on the internet doing a workout in the gym, but no routine was explained. So we will do a simple yet effective workout routine.

After the weight training, you will do a 15 to 20 minutes circuit routine every day to work on your core.

Rest after the set: 1 minute

That’s all for the Taeyang workout routine.

Before joining the army, Taeyang used to skip dinner and try not to eat dinner at all. In an interview, Taeyang said that he doesn’t eat dinner and eat beef and a bowl of rice in the morning. Now, if it is good, skipping your feed every day like that? Well, I won’t recommend it, sometimes you can do that like twice a week to help with weight loss, but every day it’s not that good.

Especially if you have a diet that is for weight loss, you can eat three meals a day in moderation and get the nutrition you need. As Taeyang now eats dinner, he was so tired every day that he had to eat after the military. Plus, with a regular workout, he doesn’t have to worry about gaining a few pounds. As long as he eats a healthy diet, he will be okay. Now let’s see a plan that you can follow to get a body like Taeyang.

That’s all for the Taeyang diet plan.