Tom Holland Workout Routine: Tom Holland is an actor known for his roles in movies like Spiderman, Avengers, Cherry, Lo Imposible, Captain America: Civil War, Uncharted, Chaos Walking, and many others. While he is also well known as the spoiler kid, the guy skills and work ethics are pretty excellent.

Tom Holland indeed gets known for being the best Spiderman ever; he looks like a kid, and he is well built and fitted to be the Spiderman. To keep up with that, Tom Holland needs to be as fit as he can, so if you also want the Tom Holland workout routine, keep reading.

Tom Holland usually gets known as the best Spiderman you will see, and it’s not that far from the truth. However, unlike other Spiderman so far, Tom is the only one who has excelled in getting Iron Man’s successor and being flexible and built simultaneously. The thing that did work best for Tom was that he was into gymnastics and dancing before starting the role. Which he still does, by the way, like you can check this Instagram post of Tom Holland doing a muscle up and then holding it perfectly on the Iron Cross.

The iron cross is the pose that you see Tom Holland doing when his hand starts shaking. It’s pretty hard, and you need a lot of strength to do that pose. That shows that Tom Holland was not only pretending to be like Spiderman, but he was training to be like one. While he has always been in good shape and muscular since the first Spiderman movie he did, something changed when he got the role of a drug addict.

So in the movie Cherry, you see Tom Holland losing 14-18 kg weight for the role, and right after that movie, he needed to shoot the next movie, which was Spiderman No Way Home. So Tom Holland gained back 14 kg of pure muscle weight without gaining body fat. How was it possible? Well, his Trainer, Ashwell, told Esquire magazine everything about how they could take Tom back to Spiderman shape.

Ashwell told Esquire that Tom Holland is a machine and always there for work and working out. The thing that Ashwell focused on was making Tom get in shape without focusing on too much bulk. So when Tom got finished with all the scenes of a drug addict, they started working on every muscle. Ashwell stated that he wanted to focus on different muscle groups every day so that Tom would have an even bulk and gain muscles everywhere.

Of course, they could have just worked on Tom Holland’s chest, shoulders, and biceps more, but then he won’t be the Spiderman. So yeah, getting that shape, they approached HIIT training methods consisting of different exercises that worked in favor of Tom Holland getting that excellent shape with the help of just dumbbells and his own body. Then, of course, Tom was still doing swings and different routines consisting of gymnastics exercises to get in Spiderman fitness. 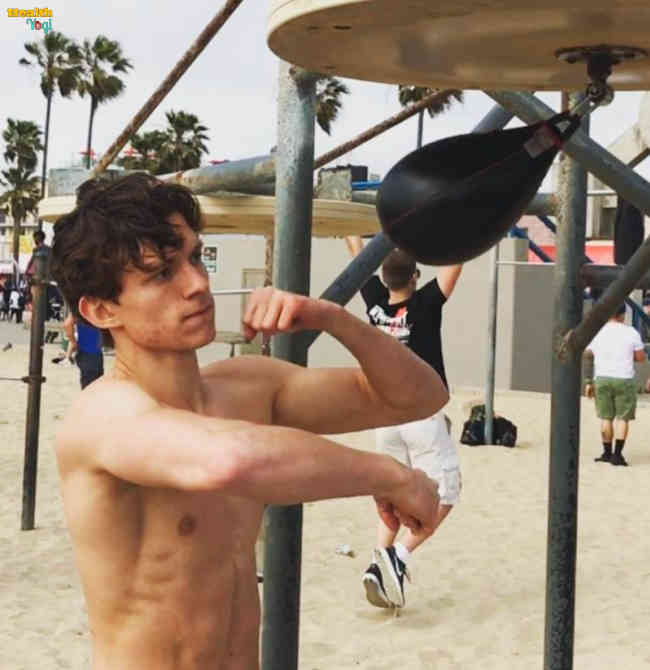 You will be doing four sets of this four-five workout with no rest between the sets, and after each exercise, you need to take as little rest as you can. Tom Holland aims for only a minute rest, but it’s okay if you extend it to a minute and a half. This workout will be working your whole body, and Ashwell gives one of the workouts that Tom does. However, I would give you two more routines that I think will work for building your muscles, and you can rotate them twice a week to have six days of workout.

That’s all for the Tom Holland Workout Routine.